Among the best displays at auto shows are the concept cars, which may or may not go into production. These concepts typically demonstrate experiments a company is making in design or engineering, as is the case with the Ford C-Max Solar Energi Concept. It carries enough solar panels on its roof to provide a 600-mile driving range. 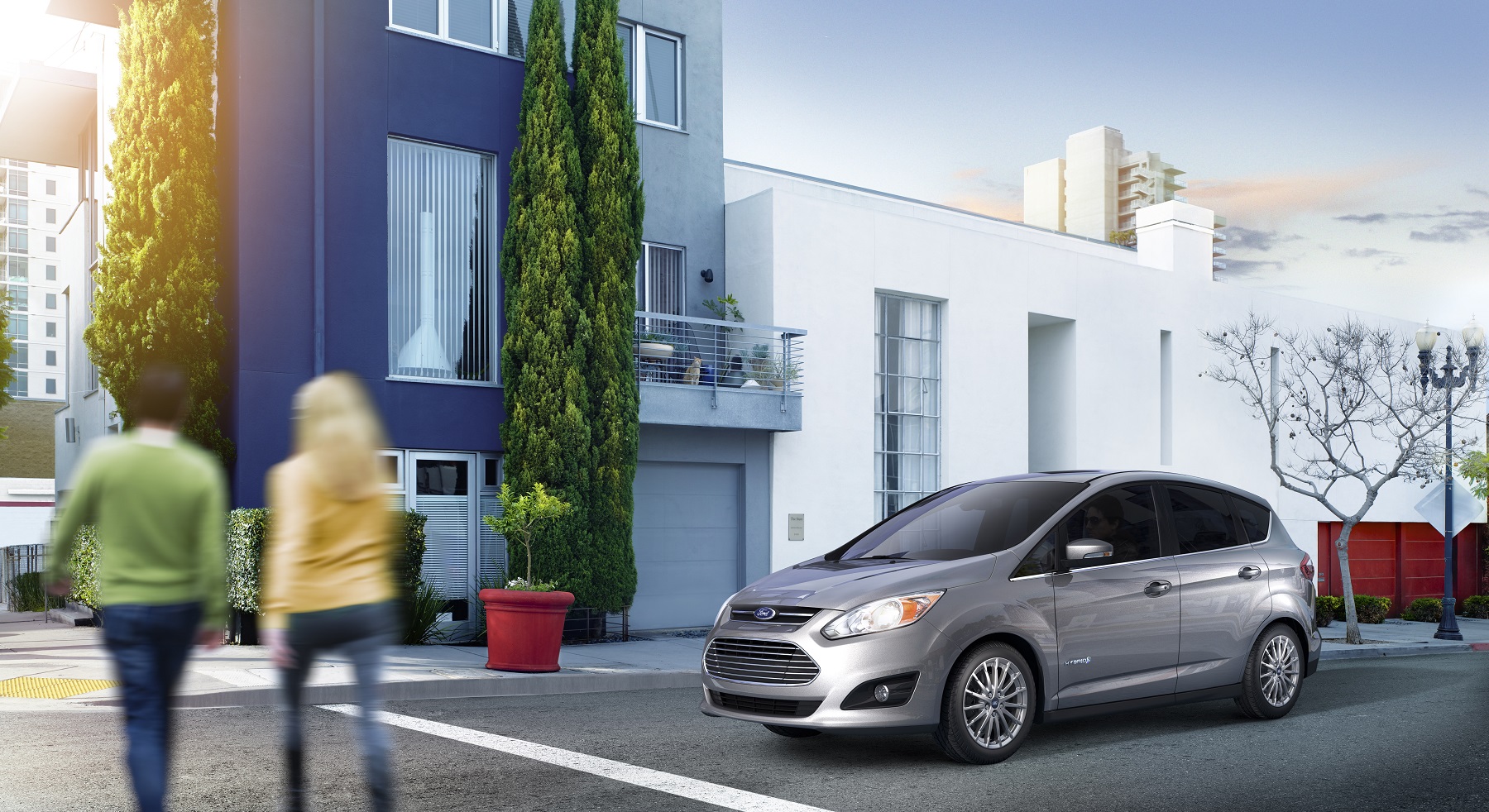 A car that runs on sunshine is not so far-fetched: Before it ceased production, the Fisker Karma electric luxury sedan had a solar roof to help power onboard systems, such as heating and entertainment. Toyota also has offered a similar solar battery booster for its Prius.

However, the C-Max system is different. Mike Tinskey, Ford's global director of vehicle electrification and infrastructure, explains its solar panels can provide about 25 percent of the day's battery charge, and as much as 100 percent when the car is parked under another concept called a "Solar Canopy."

The solar canopy looks like a regular portable carport, until you look closer. Solar panels line the canopy roof and the underside of the canopy has a Fresnel lens, similar to those used in lighthouses, to magnify the intensity of the light with mirrors. Tinskey says Ford's solar canopy can multiply "ordinary" solar energy four or five times.

The sun moves across the sky during the course of a day, so Ford has figured out how to keep the C-Max in the sun's path by moving it under the solar canopy, even when the vehicle ignition is off. The system uses sensors on the vehicle -- similar to sensors that already warn us when we are drifting out of a lane or getting too close to the car in front. 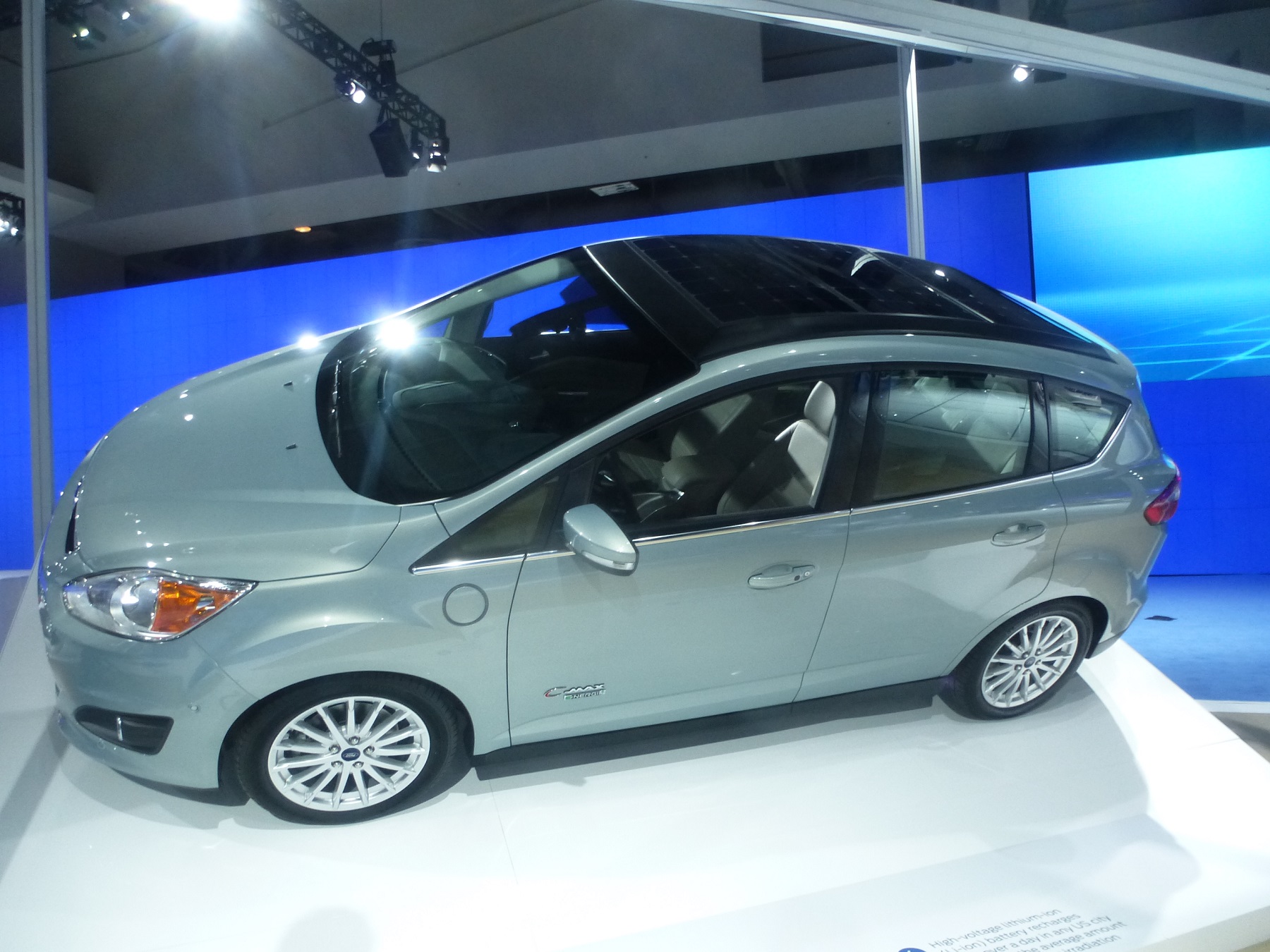 It may be easier to patent the technology than figure out how to mark off two parking spaces so the solar C-Max can move around under its canopy. Ford is working with corporate partners to install solar canopies in workplace parking areas. Such installations are especially beneficial in countries like China, where the electric grid is less dependable than here in North America.

Tinskey declined to speculate when this concept might be put into production, though experts are predicting a decade or less. The technology exists; as with charging stations for electric cars and fueling stations for hydrogen cars, it's the infrastructure that must to be put into place. Another benefit, of course, is the reduction in greenhouse gasses emitted from their tailpipes.

Solar cars are nothing new. The semi-annual Bridgestone World Solar Challenge welcomed 40 teams from 23 countries to Australia in 2013 to take part in what is the world's largest solar electric vehicle event. The next challenge is in October 2015.

The American Solar Challenge is a competition to design, build, and drive solar-powered cars in a cross-country time-and-distance rally event. Teams compete over a 1,200- to 1,800-mile course between multiple cities across the country. The event has had more than two decades of organized events in North America.

The Formula Sun Grand Prix is a track event held on grand prix- or road-style closed courses, testing the limits of solar cars in handling curves, braking, and acceleration. Strategies applied during these three-day events are different from what is applied on the cross-country event. The next event is in July 2014.

The sun is definitely shining on solar research and development.