Change How You think Cars are Made

The use of 3D printers by auto designers has expanded from its earliest use to create prototype parts, to now creating entire vehicles. 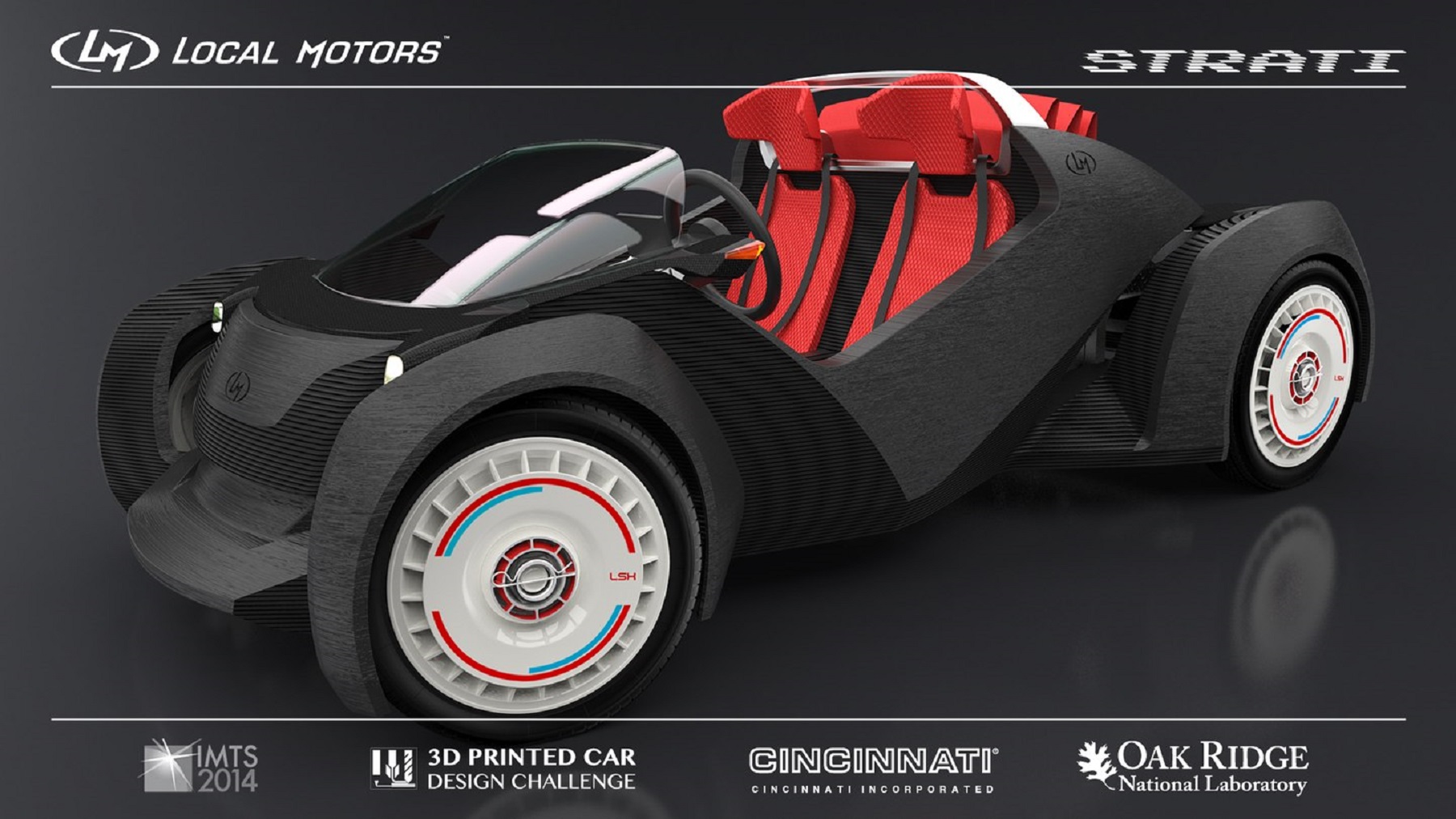 Manufacturer photo: The Strati is winner of a design challenge by Phoenix, Ariz.-based Local Motors, which drew 200 entries from designers in more than 30 countries

The first 3D-printed car -- named the Strati -- was actually printed at a recent technology show, then assembled, and driven away, while amazed attendees watched. (https://localmotors.com/3dprintedcar/)

Since the International Manufacturing Technology Show in Chicago held in September, the Strati has been on a fast-paced national personal appearance tour, demonstrating its promise of redesigning how cars are developed, sold, built and even recycled.

The Strati is winner of a design challenge by Phoenix, Ariz.-based Local Motors, which drew 200 entries from designers in more than 30 countries. The winning design was 3D-printed in just 44 hours by a process called DDM, or Direct Digital Manufacturing. It is the first time the cutting-edge method has been used to 3D print a working vehicle.

By comparison, "regular" 3D printing takes much longer. At the Ford Rapid Prototype Lab in Dearborn, which I visited recently, I learned it can require as many as 800,000 microscopic layers of composite and 36 hours to 3D print an engine block. The Strati has just 212 layers. 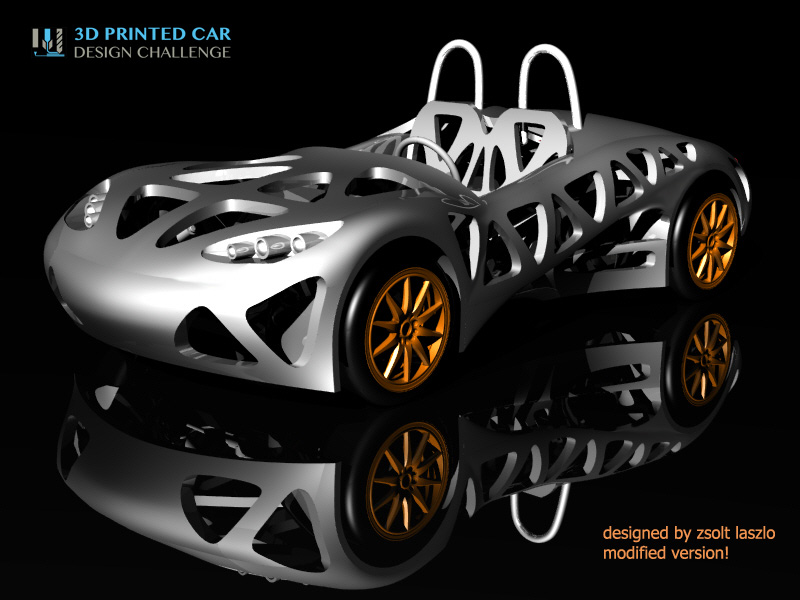 Ford and other auto manufacturers are using 3D printing to replace wood and clay models during the design stage. But whichever method of 3D printing is used, designers and engineers still begin with 2D paper sketches or a computer graphic that mimics 3D, even both.

The Local Motors design challenge and 3D printing was in cooperation with the Oak Ridge National Laboratory and other corporate sponsors, on a special machine from tool maker Cincinnati Inc.

Like other models entered in the competition, it was designed for urban transportation. The Strati is a two-passenger roadster that looks a bit like a futuristic and upscale dune buggy. It's made from ABS thermoplastic reinforced with carbon fiber, which makes it about one third the weight of a vehicle of similar size, such as a convertible version of a Chevrolet Spark or Honda Fit.

When it goes on sale, hopefully next year, pricing is expected to be around $14,000, similar to an entry-level Spark or Fit.

The Strati, like the 199 other competition entries, is not entirely constructed of 3D printing. Tires (in this case Bridgestone Battlax motorcycle tires), suspension, windshield, wiring and engine, are conventional materials and technology. The seats are leather from a conventional four-legged animal.

The prototype does not have seatbelts or airbags, so it's not street legal, except for demonstrations for TV news crew and automotive and tech writers. But, it could be rated as an LSV or NSV, for Low-Speed Vehicle or Neighborhood Safe Vehicle, similar to how golf carts are rated and used in gated communities, corporate and university campuses, and golf courses, of course.

Like them, the Strati is an EV, powered by a Renault Twizy drivetrain with a 6.1 kWh battery pack, and an estimated driving range of 60 to 65 miles. As with other electric vehicles, there are no gears other than Drive, Neutral and Reverse. Although this prototype can reach 50 mph, when it goes on sale, top speed will be limited to under 30 mph, similar to golf carts.

Local Motors CEO Jay Rogers dreams of a future where customers can swap their cars faster than their cellphones or tablets. Want a new model? Bring yours back to the factory, pick out a new design while yours is being melted down and the ingredients put back into the 3D printer.

Table-top 3D printers, which DIY crafters and artists use to make jewelry, small serving bowls, knick knacks and such, cost around $3,000. So it will be a while before anything capable of 3D printing our own car is affordable for any of us, much less able to fit into the garage.