The Porsche Macan is visually striking at first glance; it also delivers impressive engine power, rapid acceleration and braking, excellent agility, and ideal steering precision. All of these attributes provide a luxurious level of comfort and everyday drivability. 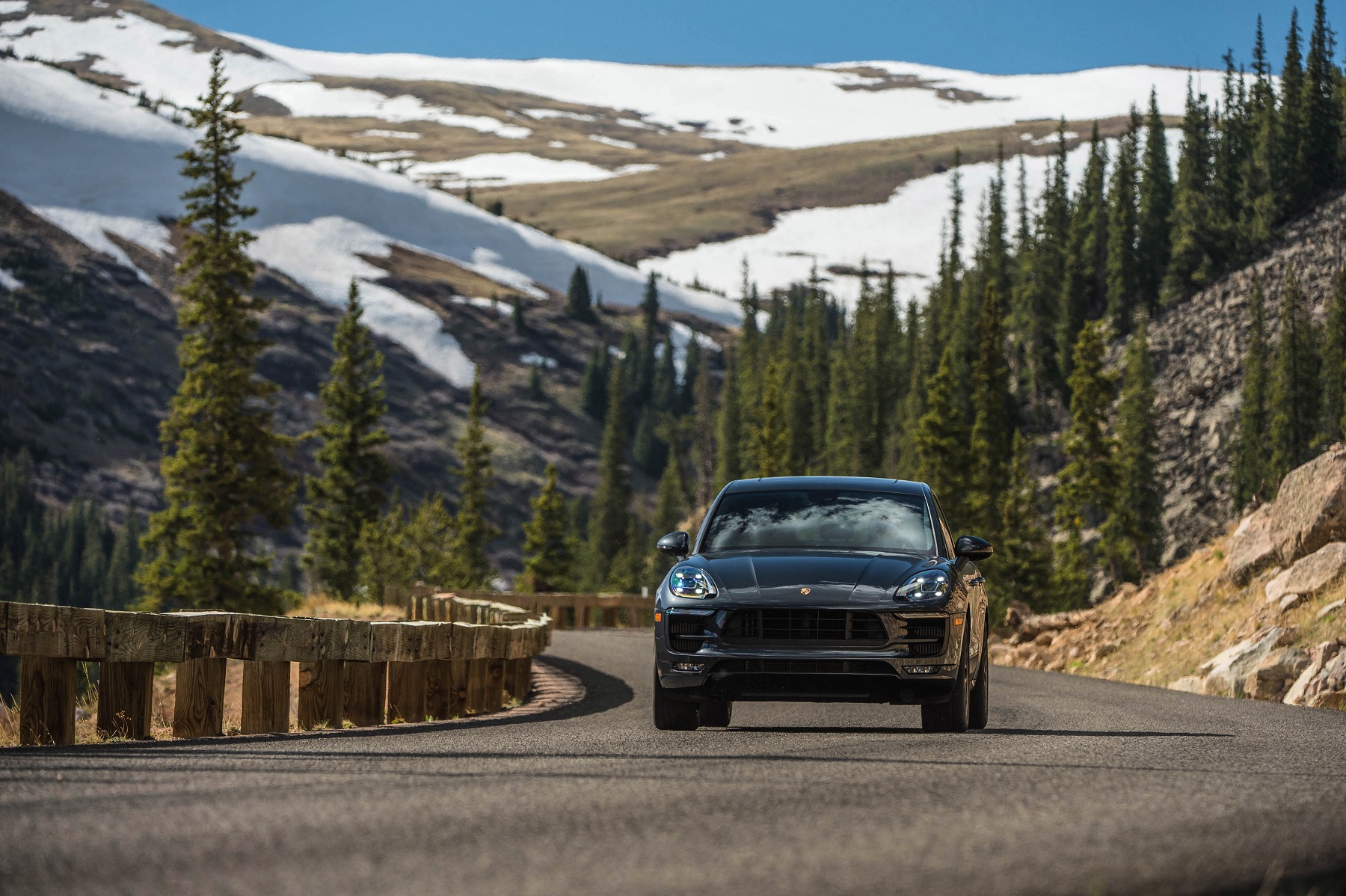 Porsche's first SUV model was the Porsche Cayenne, and many wondered why Porsche was venturing out of their realm of sports car expertise and into the SUV market. Initially, I was one of those skeptics who failed to grasp the big picture: increased cash flow from a new revenue source. Without the added infusion of income from the Cayenne model lineup, the development and production of such stellar vehicles as the Carrera GT and near-million-dollar 918 Spyder Hybrid would not have been possible.

The Macan is based on a Volkswagen platform architecture -- the same platform on which Audi's Q5 is based. The Macan and Q5 are both approximately the same size, and are powered by V-6 engines positioned ahead of the front axle; the Macan differs slightly from the Q5, with roughly only 20 percent of the parts interchangeable. 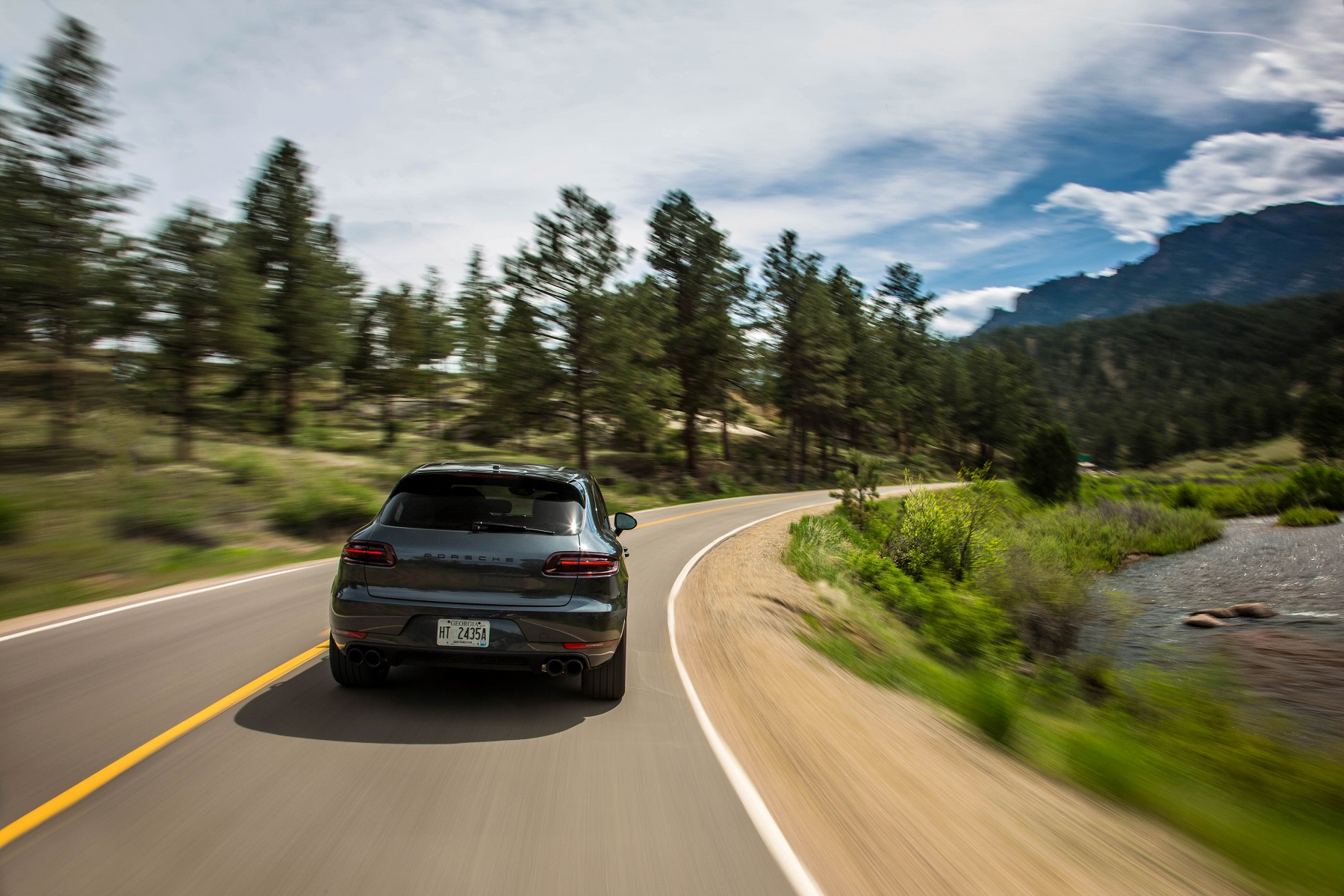 Another noteworthy difference between the Macan and Q5 lies in the transmissions -- the Macan employs a seven-speed, dual-clutch PDK with steering-wheel-mounted paddle shifters, and the Q5 comes with an eight-speed automatic.

Okay, enough with the comparisons, let's focus on our test Porsche Macan. The exterior of the Macan appears remarkably close to that of the Cayenne, but as already mentioned, on a somewhat smaller scale, which will likely prove to be more suitable to many consumers. An interesting feature are the cutouts in the hood for the headlights in much the same fashion as a MINI Cooper.

At first glance, the Porsche Macan resembles a version of its larger Cayenne siblings. Despite its somewhat smaller footprint, the Macan is still a highly capable sport ute.

The interior is well finished with a center console that resembles that of a commercial jet aircraft -- much on the order of the Porsche Panamera -- perhaps a little intimidating at first, but easily mastered. The seats are highly supportive and comfortable, with suede-like cushion inserts in the leather seats. Elements for connectivity and infotainment are in abundance with a CD player, two SD slots, and two auxiliary outlets.

My test 2017 Porsche Macan was the base model, which came with a base price of $47,500 that bumped up to $53,110 after adding the Premium Package and other options along with destination and handling charges.

As one would expect, the Porsche Macan's performance is Porsche through-and-through. Fuel economy; EPA estimates are 20 mpg city, 25 mpg highway, so it's livable for an SUV.

It is a joy to pilot. I was able to cover some challenging, twisty backcountry roads with lots of elevation changes and came away smiling. The Macan handles exceptionally well and with ease. Think of it not as a compact SUV, but as a slightly oversized luxury sport wagon with all-wheel drive. It is remarkably planted and stable.

The exhaust note from the dual exhaust is pleasingly melodious for a four-cylinder. Engaging the Sport mode button on the console tunes in the desired level of performance by altering the throttle response, damping, and shift mapping.

Simply tapping an off-road button raises the suspension, while firming up the shocks to their stiffest setting, as well as changing throttle response and traction control settings, while transferring more power to the front wheels. The Macan has no low-range four-wheel-drive system, and even though I didn't put it through hard paces off-pavement, I'm sure that it's quite capable of serving admirably in light off-road duty.

The Macan is reasonably priced, especially considering content and the fact that it's a Porsche. The 40/20/40 split folding back seat isn't exceptionally spacious, but would be comfortable for children. 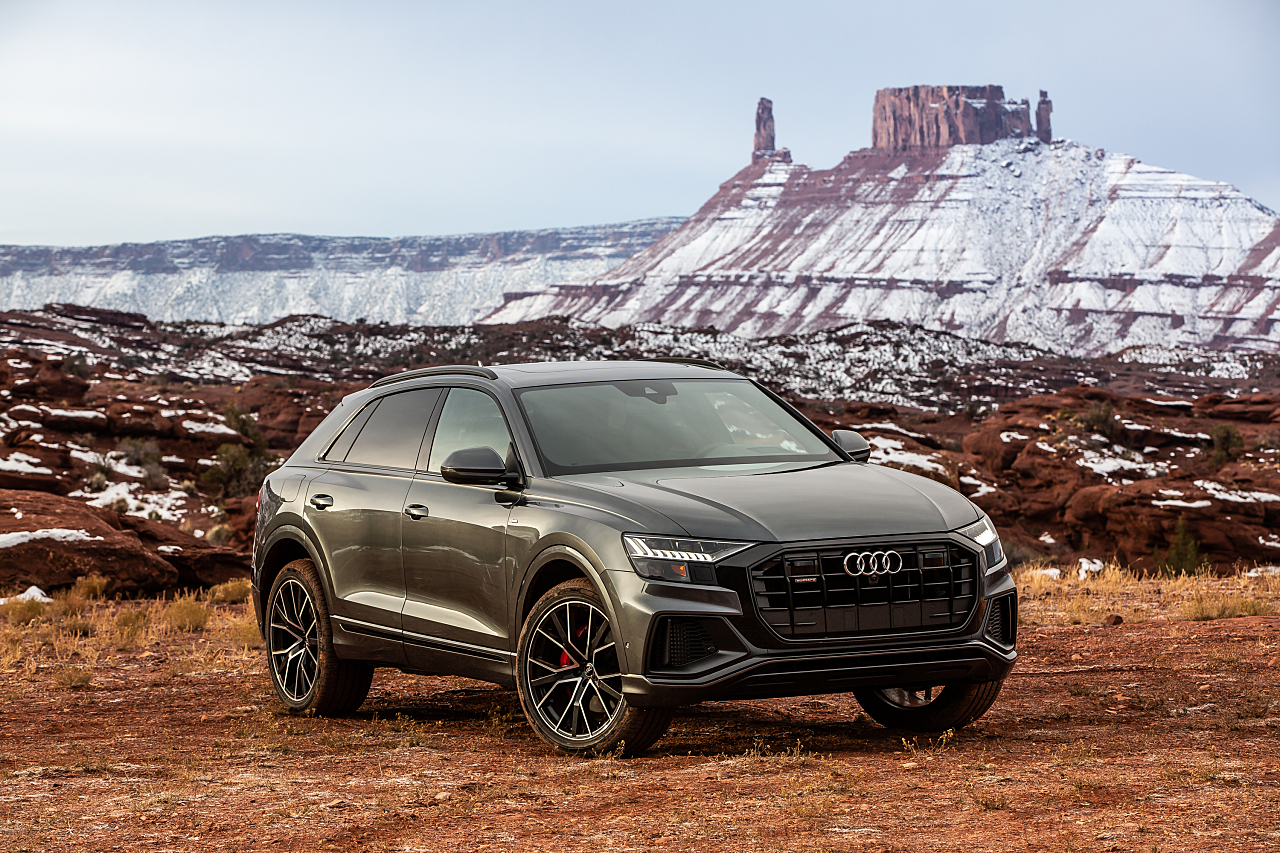 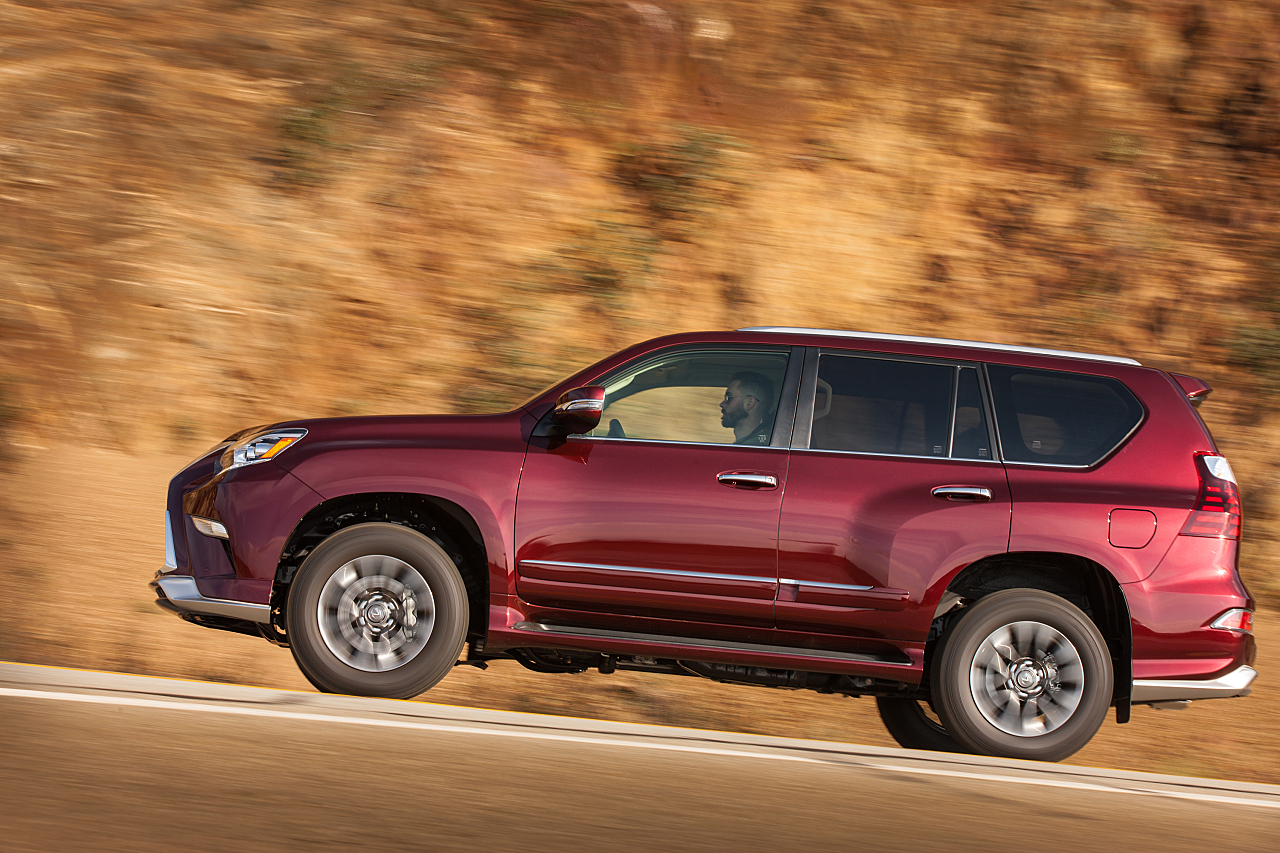 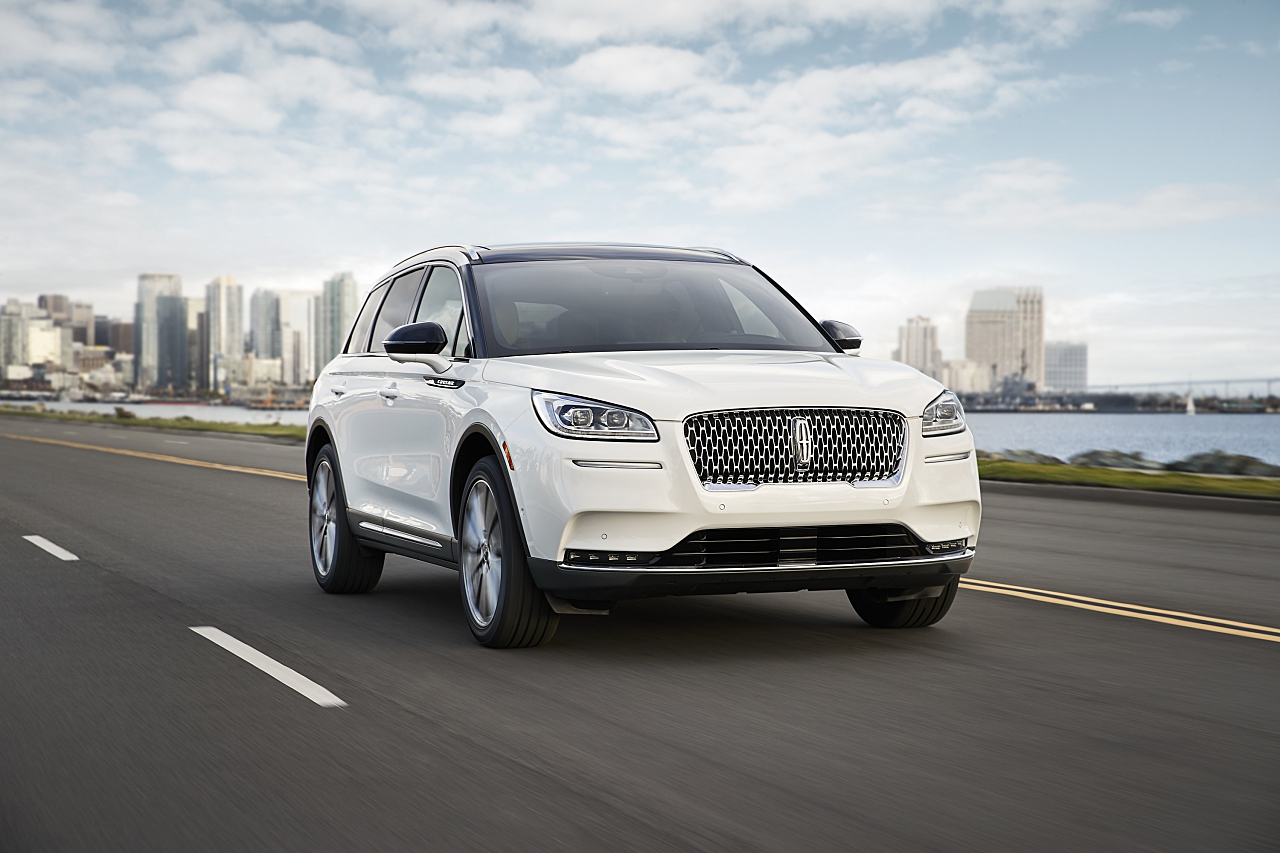