A six-year-old boy greets his dad coming home from work, "Daddy, can I plug in the car?" 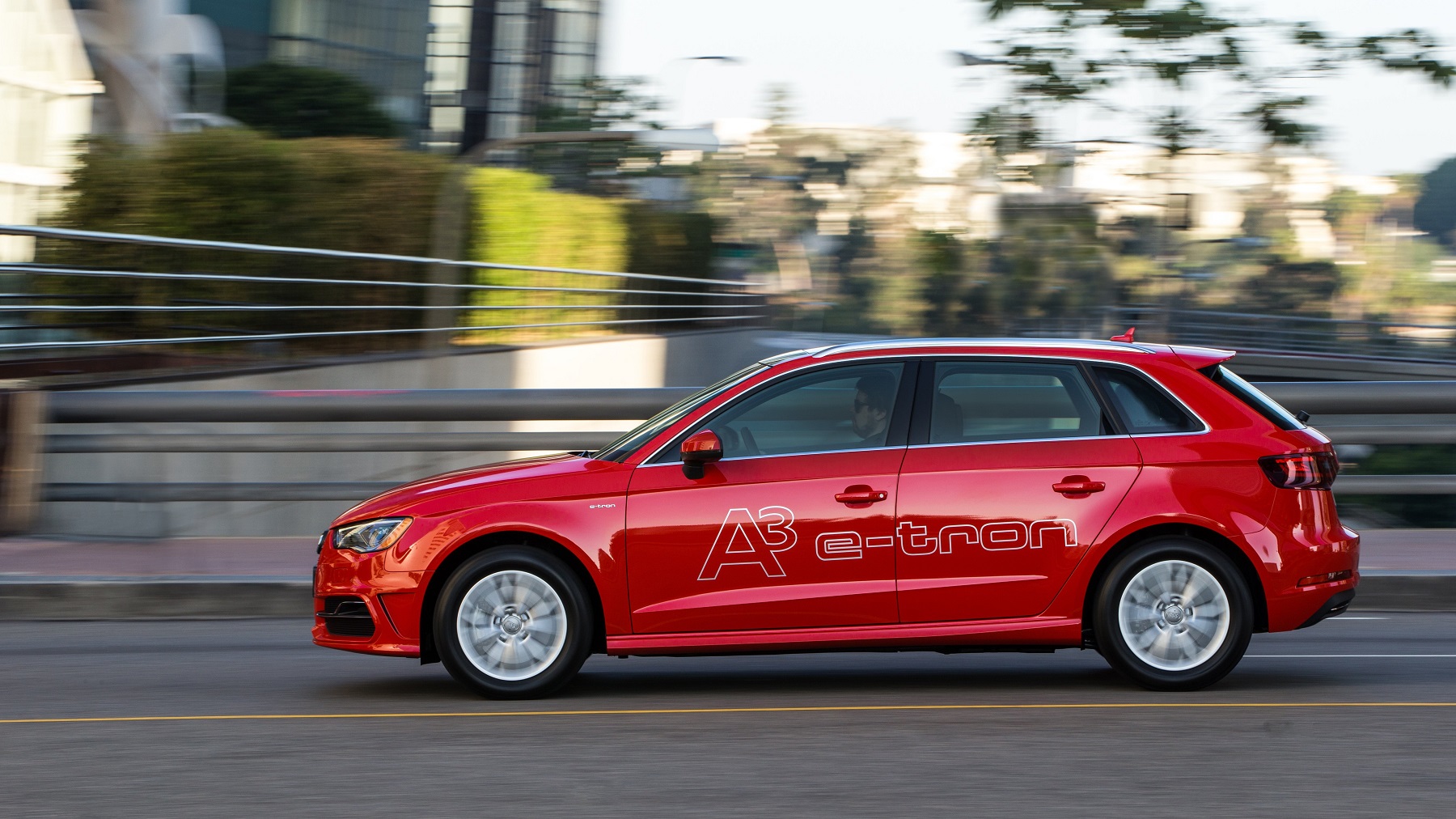 Manufacturer photo: The 2016 Audi A3 Sportback e-tron combines the benefits of a hybrid powertrain with all-electric range

Ajay Chawan, manager of Audi's electric mobility program, is excited that his small son is fully charged about the future of automotive driving. Chawan has been commuting to work in the newest addition to the Audi -- the 2016 plug-in hybrid A3 Sportback e-tron wagon.

I test-drove the A3 Sportback e-tron with him in Manhattan recently, and was impressed by this hybrid electric car's power and performance. It has the same kick-butt acceleration and precision braking and handling as the "regular" A3, and gets even better miles per gallon than the A3 diesel. I averaged in the high 70s in city driving, where I hardly ever got out of battery mode.

Audi has placed the charging outlet on the front of the vehicle, accessed by sliding the famous four-ring logo to the left. Front and center means it's easy for the charge cord to reach an outlet no matter how or where you park your car. The Nissan Leaf electric, which Chawan helped launch before joining Audi, also has a frontal plug.

Beyond its sensible location, I was impressed with the practicality of the charging system: Audi gives you two cords as standard equipment, one for a regular 110-volt household socket, a 220-volt cable for faster charging, and a compact transformer unit to navigate the difference so you can use whatever power system is handy. It's all packed in a handy zip bag to keep in the roomy cargo bay, simple enough -- and safe enough -- that a six-year-old can do it. 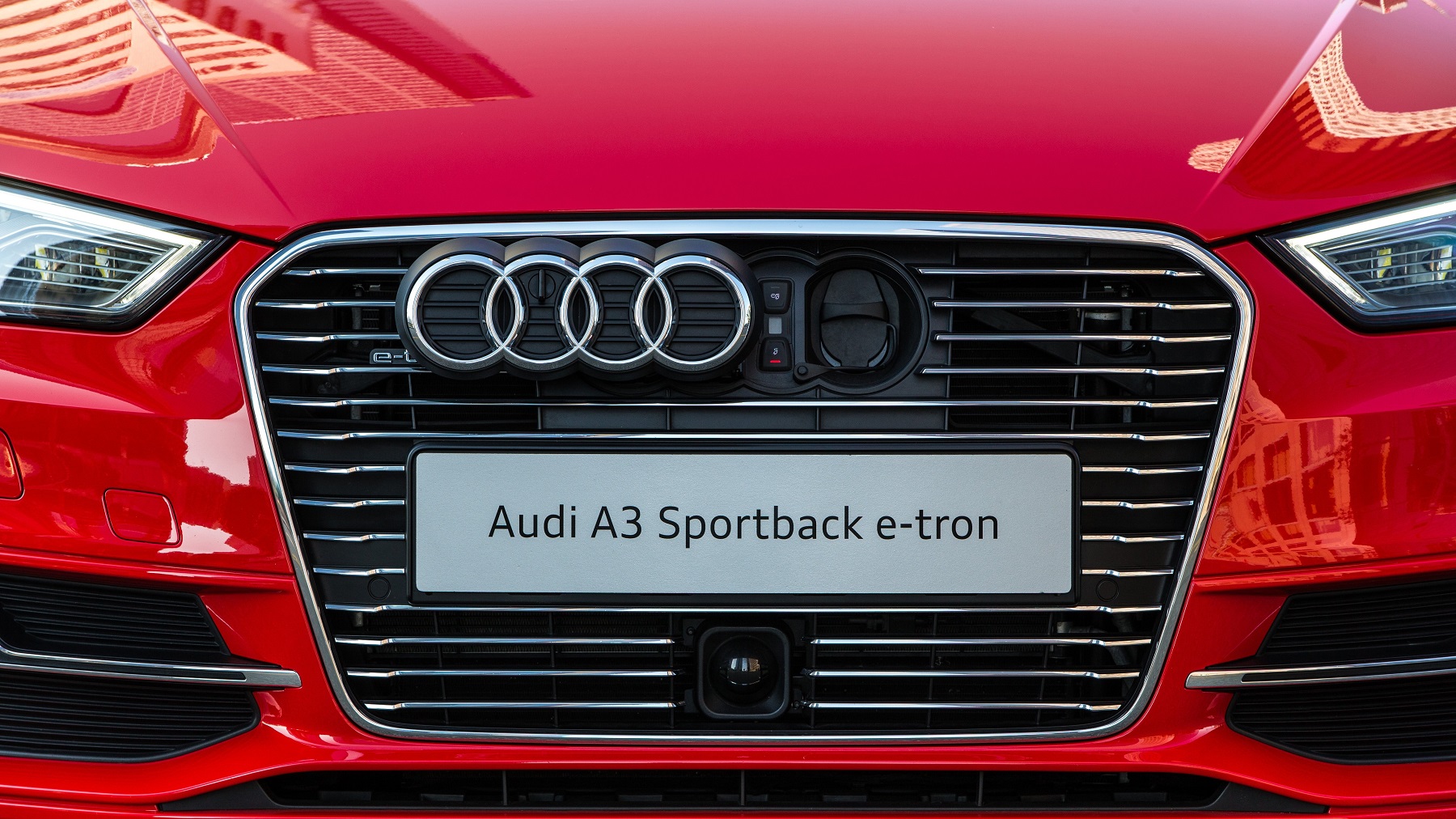 Audi really isn't sure what age demographic will gravitate to the company's first plug-in mass-market hybrid. They're targeting college-educated buyers in their 40s, but its impressive fuel economy and luxury features also likely will attract the parents of those Gen X and Y buyers. That's what happened with the Scion, too.

"People who will come to this car are not the traditional luxury buyer," Audi's Brad Stertz told me. He says they are cross-shopping plug-ins from Tesla to Prius.

I also loved the mix-and-match electric and gas system with five driving modes. EV mode is emission-free, battery only. The A3 e-tron batteries promise a 19-mile range, the same as the Ford C-Max Energi hatchback, and a good bit more than the Honda Accord PHEV.

Hybrid mode allows the car to select the most efficient way to drive, from EV only, gas only, or a combination of both. Hold battery mode provides hybrid driving while the car reserves EV range for later. Charge battery mode uses the gas engine to recharge the battery at highway speeds. And then there's sport mode, which combines the output of the electric motor and the gasoline engine for that kick-butt acceleration and handling. 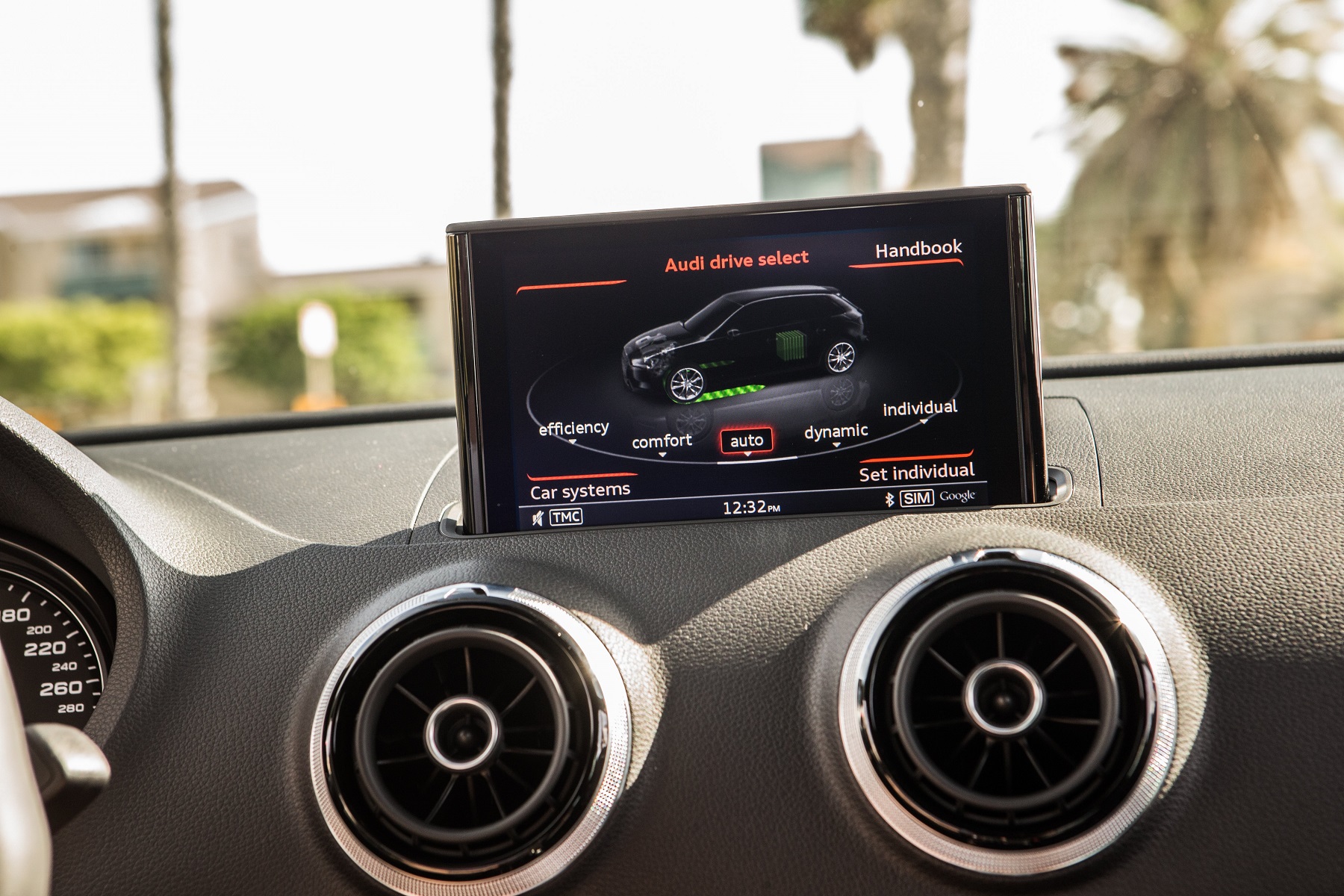 The A3 e-tron boasts 204 combined horsepower, more than any of its plug-in competitors: more than the Chevrolet Volt (149 horsepower), Ford Energi models (141 horsepower), or Toyota Prius PHEV (134 horsepower). The A3 e-tron can accelerate from 0-to-60 mph in 7.6 seconds, also better than its buddies in the plug-in garage.

I was at the Frankfurt Auto Show in 2011 when Audi introduced the e-tron version of the R8 supercar, with a combined horsepower of 313 mph from four electric motors (one at each wheel), to resemble Audi's famous Quattro AWD system. Audi also has shown an e-tron Spyder roadster and an A1 e-tron compact at other recent auto shows in Europe, as concepts.

The A3 e-tron Sportback, however, is reality, and arrives in North America this fall as a 2016 model.