As an automotive journalist specializing in alternative fuel technology, I travel the world reporting on green cars. This time I'm at the Frankfurt Auto Show in Germany were the most popular color is green -- as in eco-friendly. These are my favorites, including some of the more than 200 world premieres: 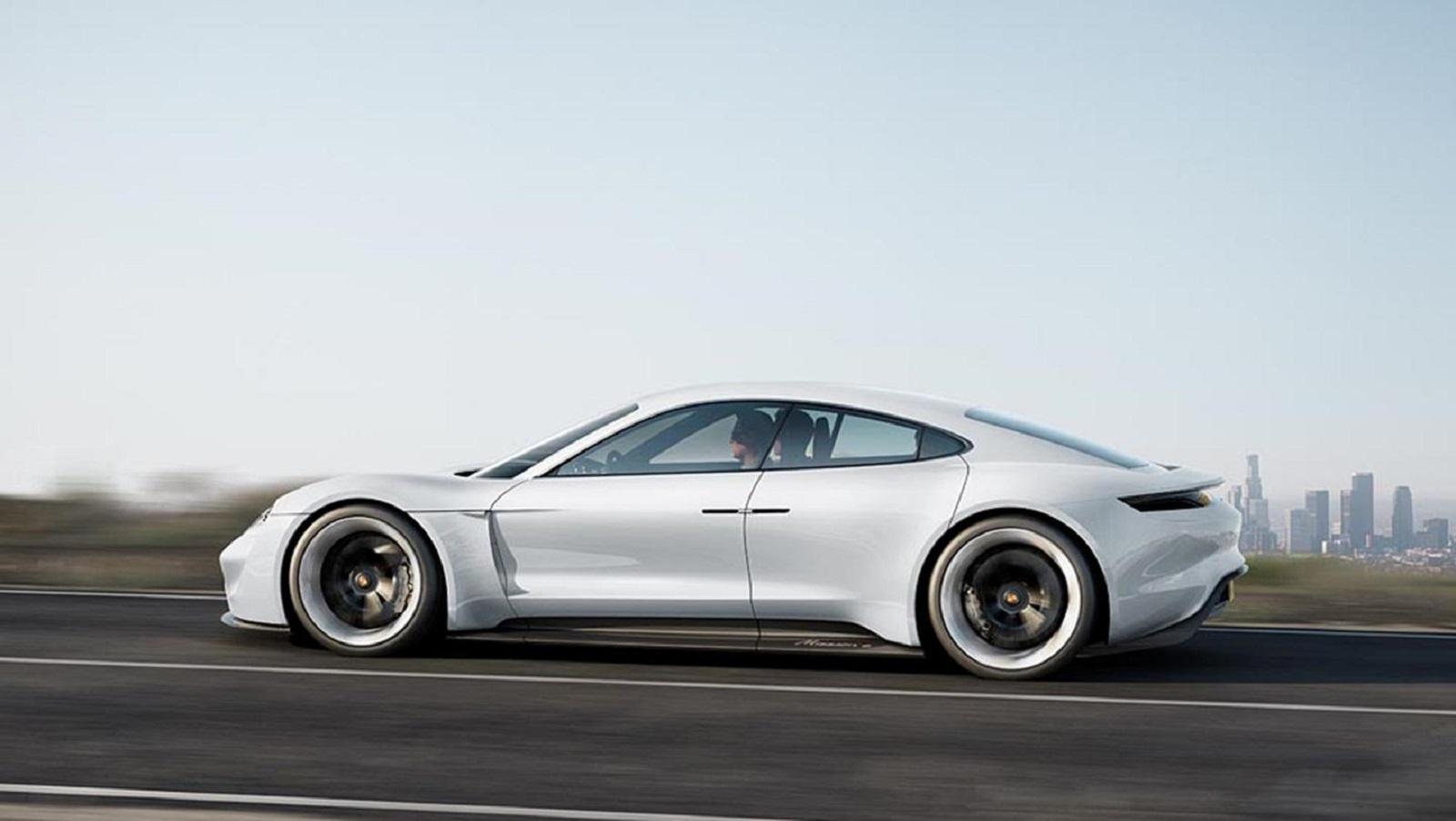 Manufacturer photo: 1.) Porsche Mission E Concept is a stunner, a sleek beauty with clam-shell doors that can accelerate 0-to-60 mph in less than 3.5 seconds and reach a top speed of 200 mph, thanks to lots of lightweight carbon fiber and 600 horsepower

Porsche Mission E Concept is a stunner, a sleek beauty with clam-shell doors that can accelerate 0-to-60 mph in less than 3.5 seconds and reach a top speed of 200 mph, thanks to lots of lightweight carbon fiber and 600 horsepower. Not bad for an all-electric car with a 350 mile range.

Porsche also is touting what it calls its Turbocharge system, which reloads 80 percent of the lithium ion batteries in 15 minutes or enough power for 60 miles in just four minutes. The drive system is similar to the one in the Porsche 919 hybrid, which won this year's Le Mans. Take that Tesla.

But my favorite feature is eyesight tracking. A camera in the steering wheel follows your eyes, and software moves the cockpit readouts accordingly, so they are always in your direct line of vision. Some readouts are holograms, including a 3D Porsche badge, and others use a new OLED technology, which you'll be seeing more of in the next few years. This so-called "organic" LED allows engineers to bend and curve microscopic slivers of LED film in new ways, including to light cockpit dials.

Mercedes-Benz Concept IAA (Intelligent Aerodynamic Automobile), is another stunner. This looks like a silver bullet, with a distinctive, even revolutionary, rear fascia that extends when the car is in motion, like a spoiler, to reduce drag. Mercedes is calling it a four-door coupe, with four individual racer-like seats and a high-tech cockpit with lots of ambient lighting and a combination of touchscreen and finger recognition controls. There's also a huge panoramic roof. Oops, almost forgot to mention that this is a plug-in hybrid with an all-electric range of around 50 miles and 279 horsepower. 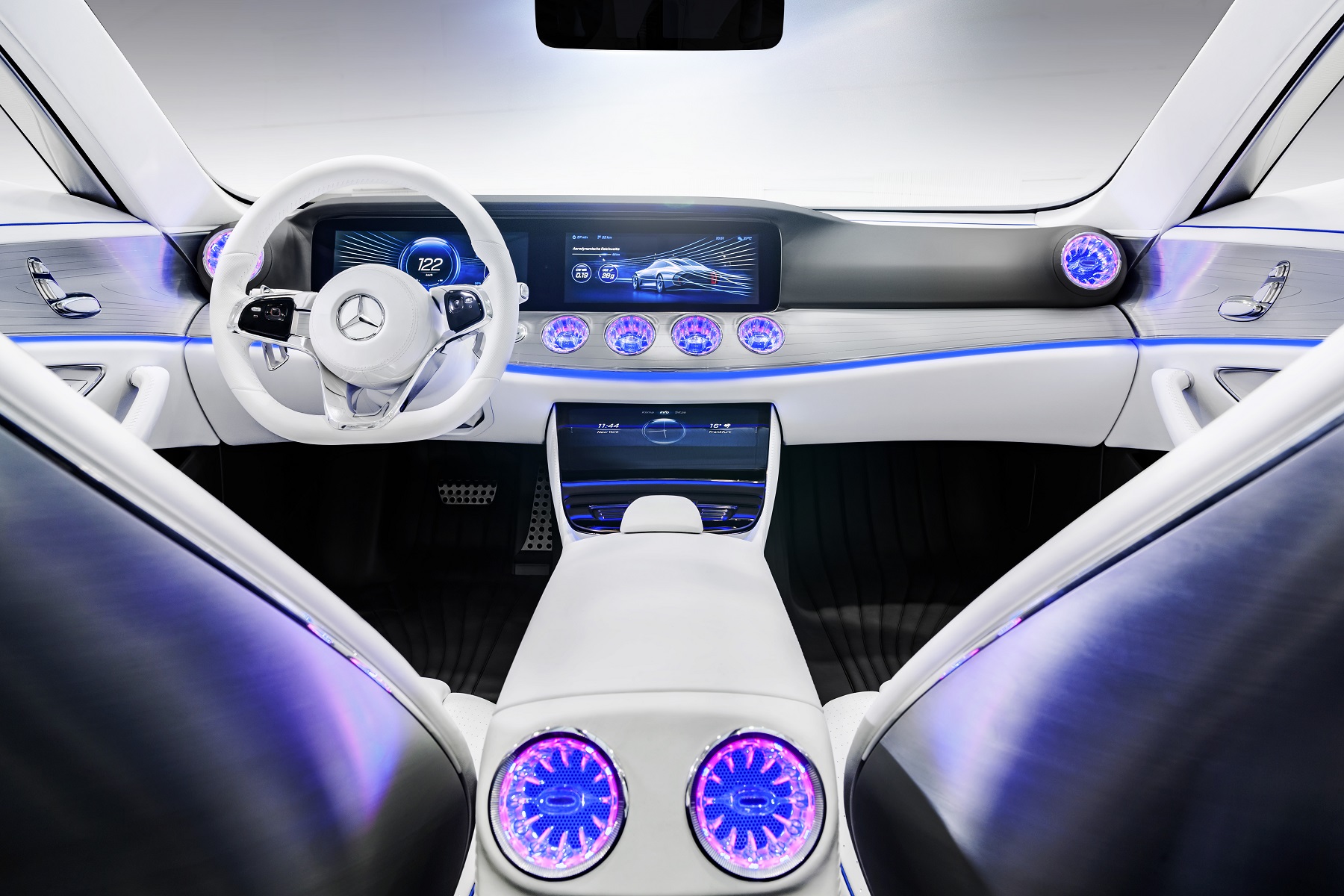 ROboMObil only looks like it was designed for a Disney or Pixar movie. This is a sophisticated mobility project of the German Aerospace Center, which now researches more types of transportation than those which simply fly. Each of the four wheels is an independent unit, with motors and gears, and best of all, they can rotate 90 degrees so the vehicle can slide sideways into a parking spot. I want that.

It has a lightweight fiberglass and carbon fiber body and has been tested at speeds up to 60 mph, including in autonomous driverless mode. The passenger sits behind the driver, not next to, and steering wheel and brake and gas pedals have been replaced by a joystick.

I also love the Renault Twizy, which isn't a new model, but continues to fascinate me. It's small enough to park sideways, hood or trunk towards the curb, without sticking out wider than a conventional four-wheel car. And it's large enough for generous cargo space behind the driver. Plus, it's electric, with a 60 mile range between charges, and can recharge in 3.5 hours on regular household current. Top speed is 50 mph.

There are reports Renault is considering bringing it to North America. It would be the first Renault here since the company left the U.S. market in the 1980s. But since then Renault has become a corporate sibling of Nissan, which has a strong U.S. presence, including with the Nissan Leaf EV, a five-passenger cousin of the Twizy.

Renault's E.Dams electric racecar also was on display. This is the racer that won the first FIA Formula E race season. 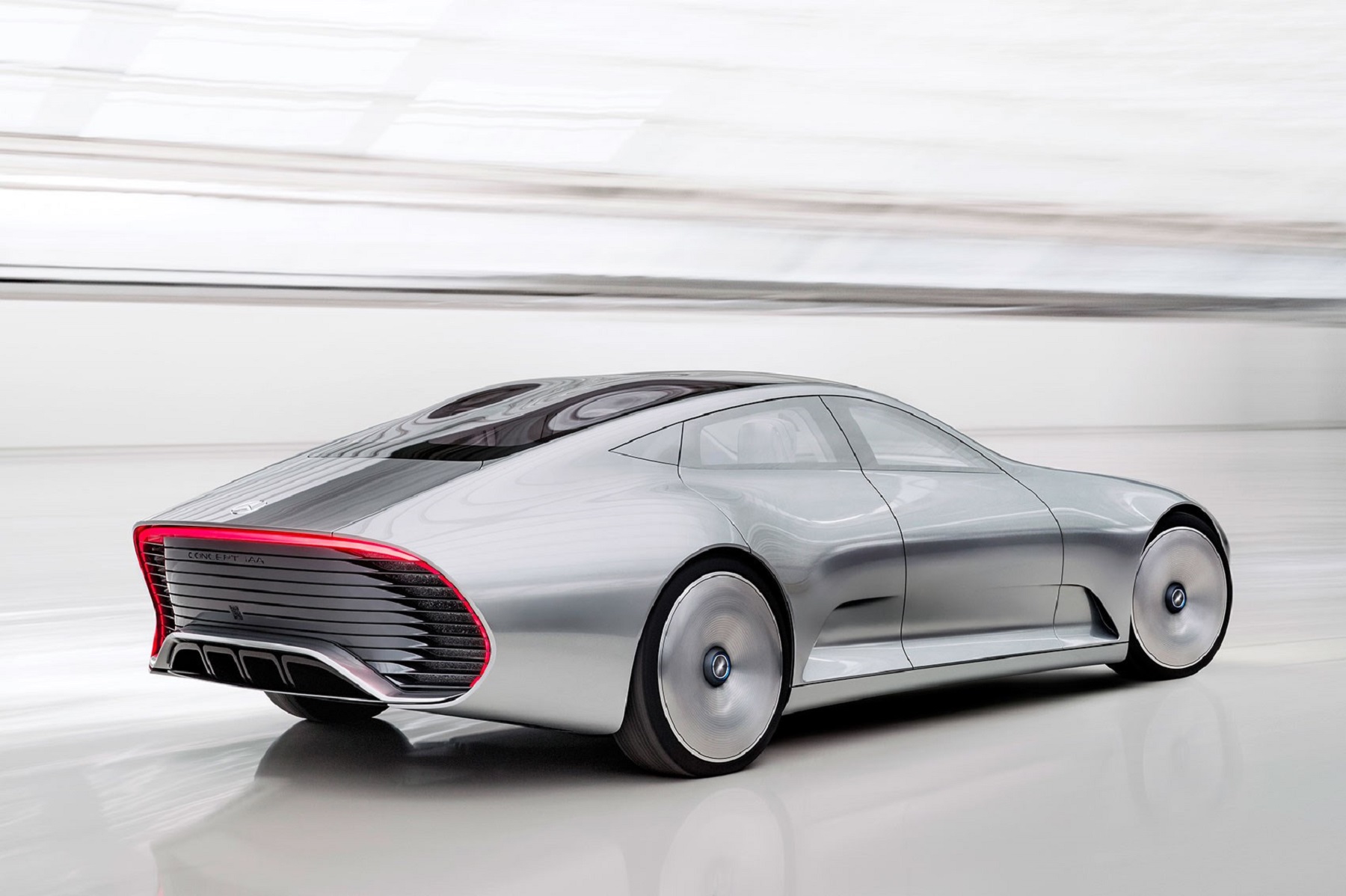 The Frankfurt show also had a large collection of electric bikes and scooters on display in the New Mobility building. Best looking is Green Ride's Inu, the Japanese word for dog, meant to be a companion that goes everywhere with you. It has a top speed of 20 mph and a 20 mile range between charges, and folds up easily to be pulled like a roll-on suitcase. Yes, it has on-board Bluetooth and Wi-Fi. Best feature is a button on the handlebars that lets you respond to incoming messages with a text or voicemail that says "can't respond now, I'm riding my Inu."