"It's the fun of a motorcycle with the convenience of a car," Toyota's business development manager Jason Schultz told me as I waited my turn to test drive the i-Road concept car. 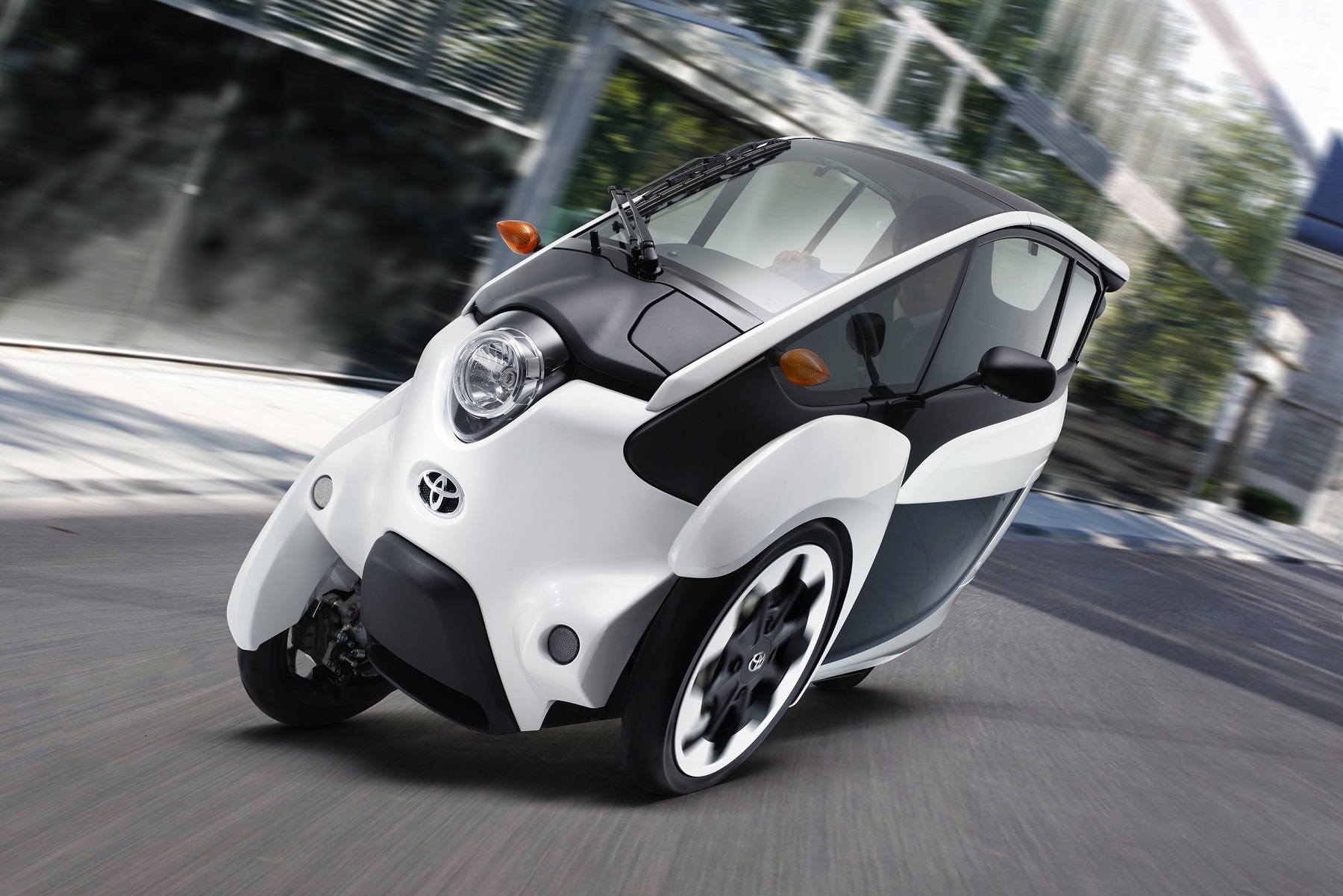 I had a blast piloting this three-wheeled, two-passenger electric vehicle around a slalom course in New York City. I'm a snow skier, and that's what it felt like, as i-Road leaned, or yawed, into turns, while the inside wheel compressed and the back end drifted around the highway cones marking the route, just like a conventional rear-wheel-drive sportscar.

Schultz told me airplane pilots who have test driven i-Road say it feels like flying, and motorcyclists have told him it feels like a bike. Except for the speed, of course. The Toyota i-Road has a top speed of 35 mph, which feels faster when the capsule leans into a turn.

On-board sensors adjust for the weight of the driver, cargo, and passenger, for optimum response from the articulated front suspension. Another auto writer at the test drive told me it felt a tad slower and closer to the ground when he drove with a photographer in the back seat as compared with driving solo.

Sensors also prevent the car from tipping, as I found out when I got cocky on my third loop around the slalom course and took a curve faster and tighter than i-Road liked. Even though it has no ABS, it felt like it did. The steering wheel vibrated and on-board computers instantly slowed and straightened the vehicle. Lesson learned. 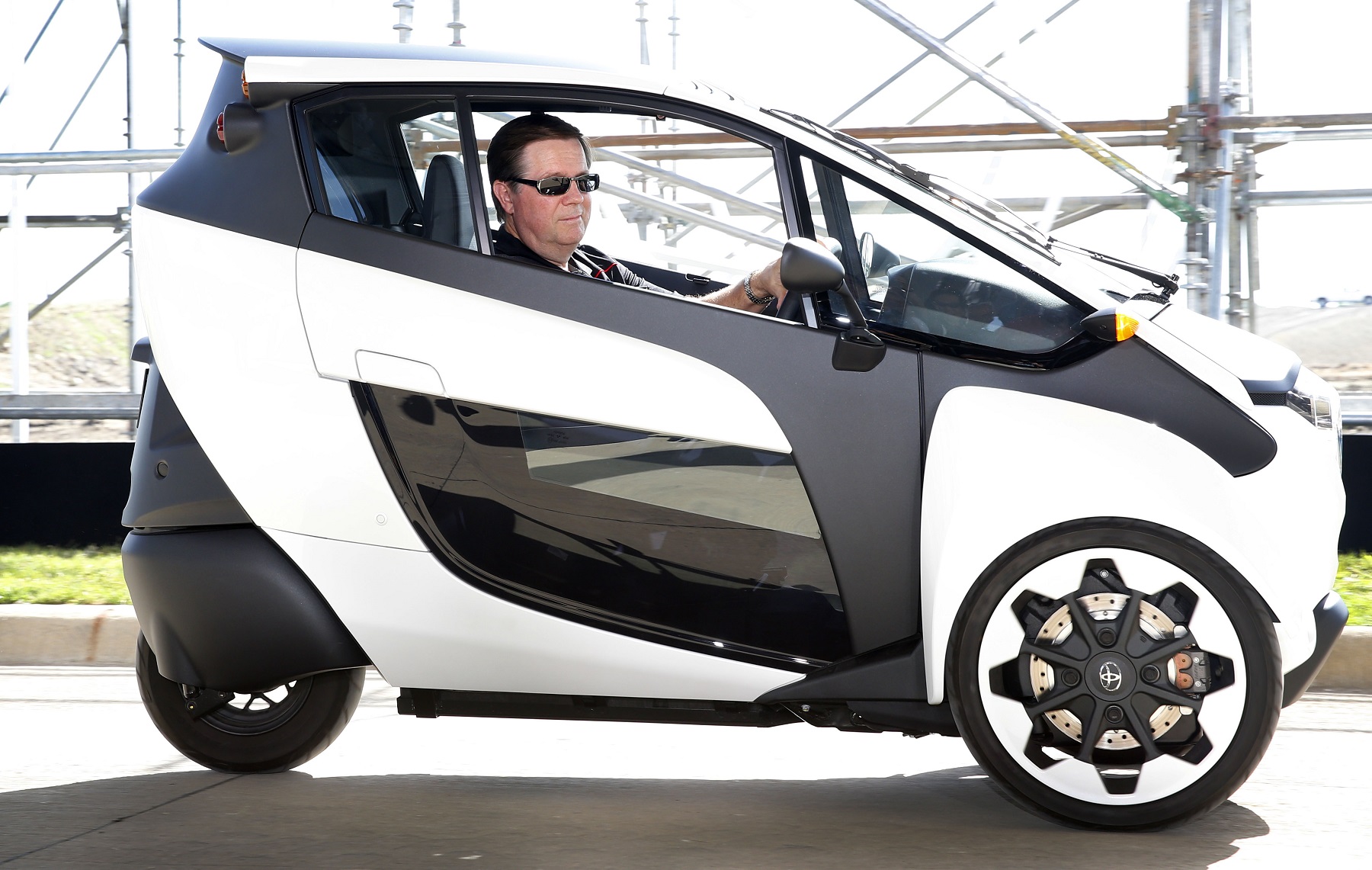 Since this is an EV, it has just three push-button gears: forward, reverse and neutral, plus a parking brake. Because Toyota expects any buyer or user to plug in their smartphone or tablet for music or other conventional navi system features, it has no radio or navigation system. The instrument panel displays nothing more or less than an odometer and EV range.

Each of the two front wheels has its own 2.7-horsepower electric motor, while the rear wheel does the steering. The i-Road has a 30-mile range between charges, and can charge in just three hours on the same standard 110-volt household outlet as your coffee maker or hair dryer. No need for an expensive 240-volt fast charger.

Toyota's i-Road has been a hit at auto shows, including Geneva and Los Angeles (where it's been showcased since 2013), and is being street tested now in Tokyo (where it routinely turns heads). Kazuhiro Shimura, the project's assistant manager, told me he's been using i-Road for his daily commute in Tokyo for several months, and never gets tired of seeing other drivers waving and taking photos.

This is a concept vehicle, with no word on when it will get on the road or how much it will cost. Schultz says they are still testing the market, which includes "hand raiser" interest from parents who like the idea of a vehicle with limited speed, limited distance, and a limited number of passengers as a first car for a newly licensed teen driver.

One issue Toyota is dealing with is how to classify the i-Road. Notice that I've been avoiding calling it a "car," because its size and weight allows it to be designated as a motorcycle, even though it has a car's protective cage and seat belts. In many states, driving a motorcycle requires a helmet and a motorcycle license, so Schultz says "we need to look at regulatory issues. We may need changes." 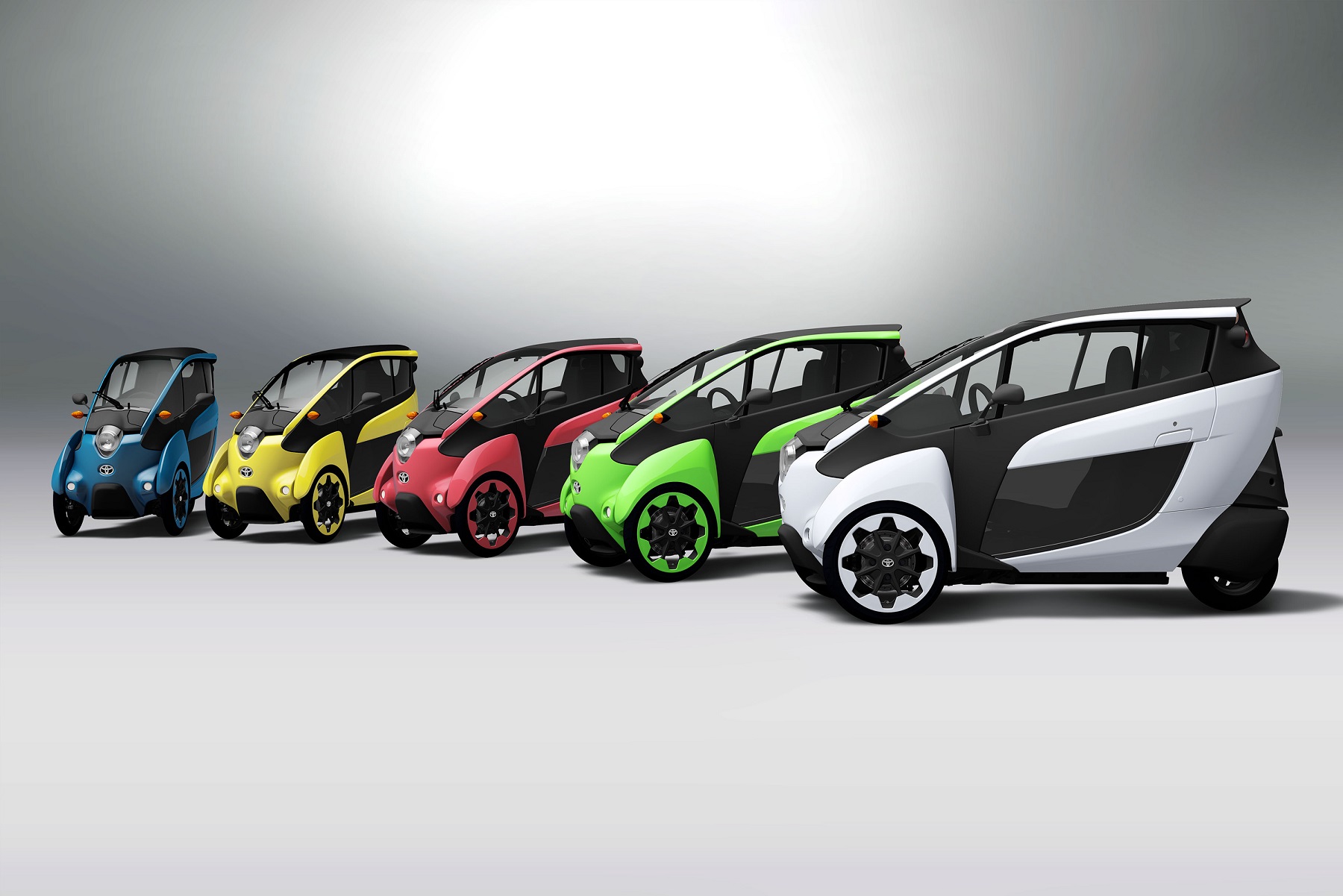 Good luck with that. Ditto, good luck with changing parking rules in big cities like New York. The i-Road, designed as an urban transportation alternative in cities where parking is at a premium, can park sideways, like a motorcycle, instead of parallel, like a car. The i-Road is just about the same length as a Smart car, which I've seen parked nose-in in Europe, just like a motorcycle.

Toyota also envisions i-Road as a motorized version of the bike-share programs in many cities around the world, including New York City.