Electric Cars Charging into Driveways in 2017

Just about every manufacturer either already has an electric car, or has one on the production schedule. New EV models from Jaguar, Hyundai, and Fisker are charging into driveways in 2017. 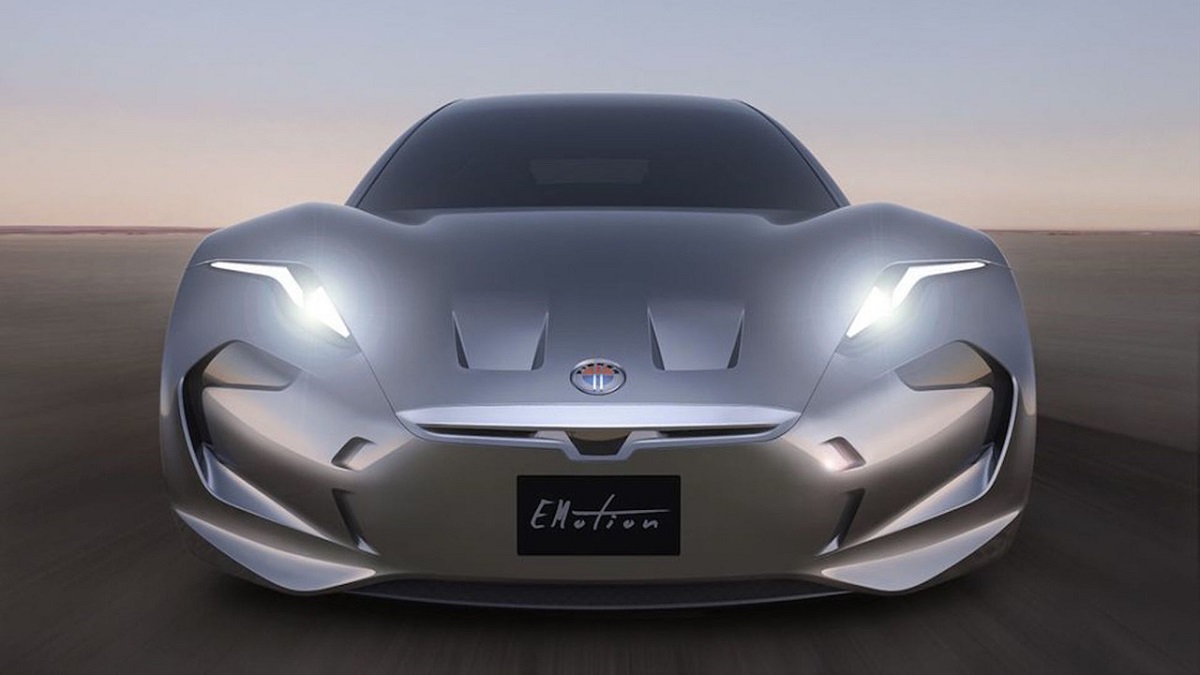 Jaguar I-Pace is a five-seat performance sedan with sports car looks and driving dynamics and SUV space. It's launching as a 2018 model, with a predicted range of more than 200 miles. That makes it one of the longest-range EVs on the market. Jaguar says this unconventional EV catapults from zero to 60 mph in 4 seconds, thanks to a high-performance lithium-ion battery back designed and developed by Jaguar Land Rover, essentially the driveway version of the batteries Jaguar is using in its new FIA Formula E racecar (yes, there's an international EV race circuit, but that's another story for another time).

The battery pack is between the axles, which keeps the vehicle's center of gravity low for stability and agility. The two electric motors -- one each for the front and rear axle -- help provide high-performance all-wheel drive. The I-Pace also recharges in pit stop speed, regaining 80 percent in 90 minutes and full power in just over two hours with a special charger.

The new technology includes a high-tech dashboard with two customizable touchscreens in the center console, and a "virtual" video instrument cluster behind the steering wheel. Of course, this Jaguar EV features luxury creature comforts, including leather everything and real wood veneer touches.

The Hyundai Ioniq midsize sedan is unique because Hyundai's hybrid, as well as plug-in hybrid, and electric models are being launched at the same time. That's an industry first. The EV and its eco-friendly siblings are built on the same dedicated vehicle platform, which was designed to accommodate the three different operating systems. 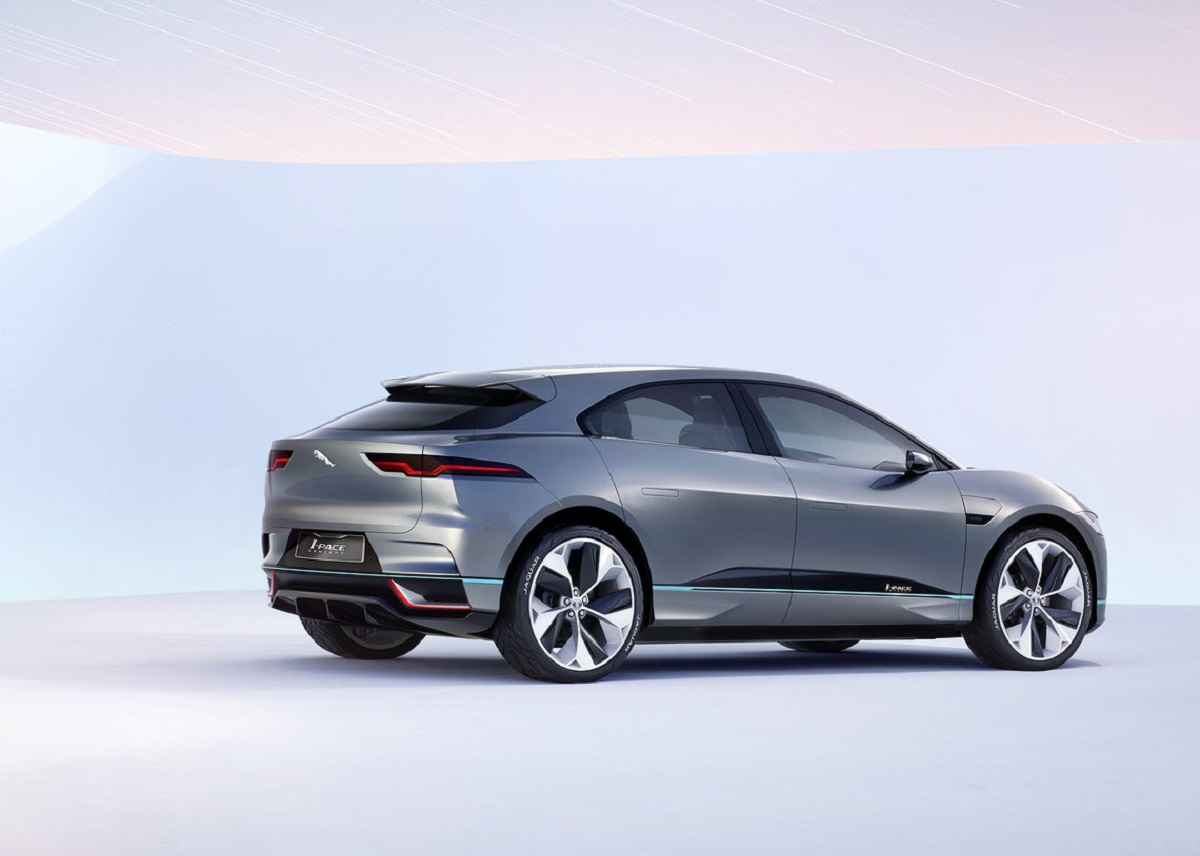 The Ioniq EV has a 28 kWh lithium-ion polymer battery tucked under the rear seats to maximize passenger cabin space and cargo space. Hyundai says the Ioniq EV offers 119.2 cubic feet of interior space, more than Toyota Prius, and offers an estimated 110-mile range and a 125-MPGe estimated fuel economy. Ioniq EV charges to 80 percent in about 20 minutes on a Level 3 fast-charger, or plug it in overnight on a standard electric socket. Ioniq also benefits from Hyundai's Blue Link system for safety, diagnostic, and navigation services.

Ioniq extensively uses recycled and other eco-friendly materials: Interior door covers are made of plastic combined with powdered wood and stone produced with less oil than traditional finishes. Paint is made with renewable ingredients extracted from soybean oil, and the headliner and carpet include materials extracted from sugar cane. Hyundai also uses aluminum in the hood and tailgate to lighten the vehicle for better fuel economy.

A unique concierge service is available for Ioniq owners in New York and San Francisco who don't have a garage: Hyundai will pick up the vehicle on request, to recharge overnight. This is a brilliant idea for people like me, who live in apartment buildings with no garage.

Hyundai has an EV SUV in the pipeline, and promises to have 14 electrified models on the road by 2020.

Fisker EMotion promises a 400-mile range on a single charge, with new graphene battery technology developed in part by Fisker Nanotech, and a 161-mph top speed. Like the Jaguar I-Pace, this is a performance sports sedan that you plug in, instead of gas up. 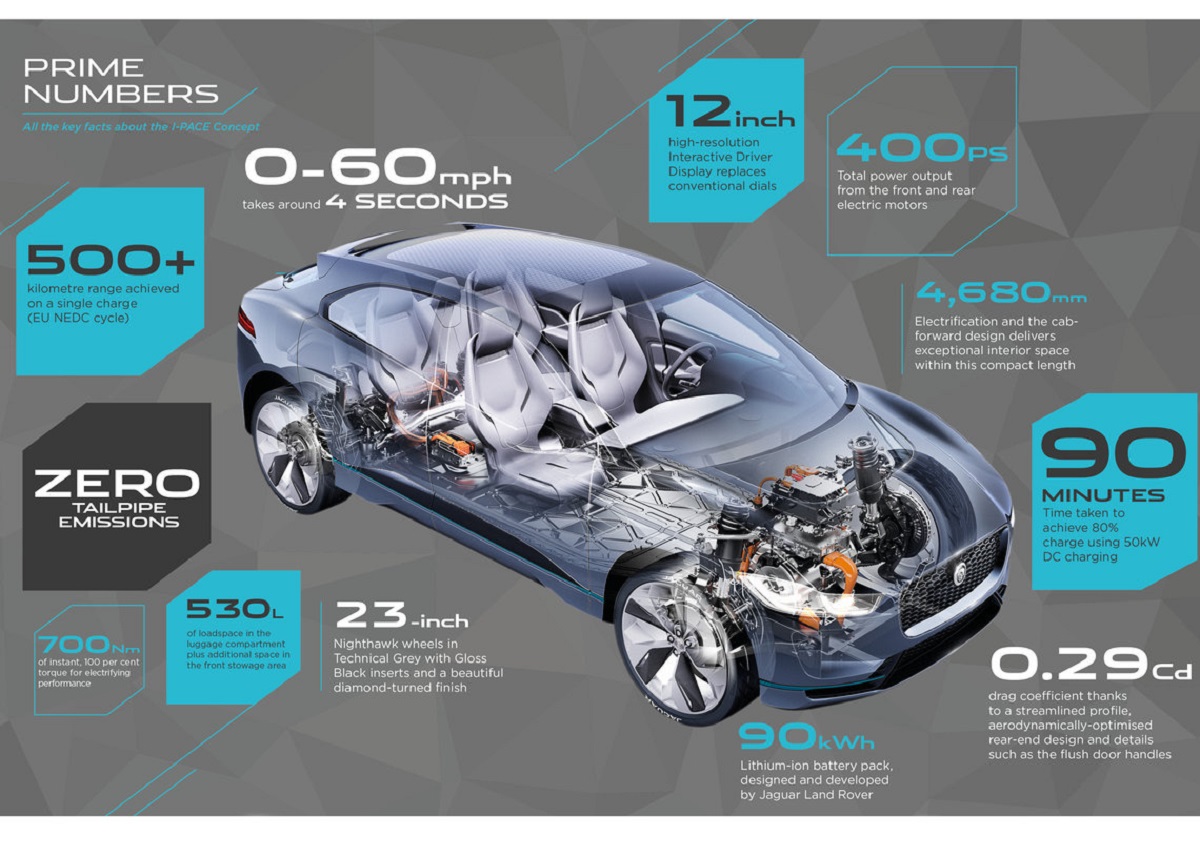 Henrik Fisker has a long and distinguished automotive track record, including designing the Aston Martin 007 Vanquish with Ian Callum, now Jaguar's design director. More recently, Fisker launched -- and left -- the EV car company now known as Karma, which was the name of his first EV. The EMotion is due some time in 2017.

Pricing for all these new EV models from Jaguar, Hyundai and Fisker will be announced closer to launch. And expect first-ever EV models from Mazda and Subaru to arrive in the next few years.