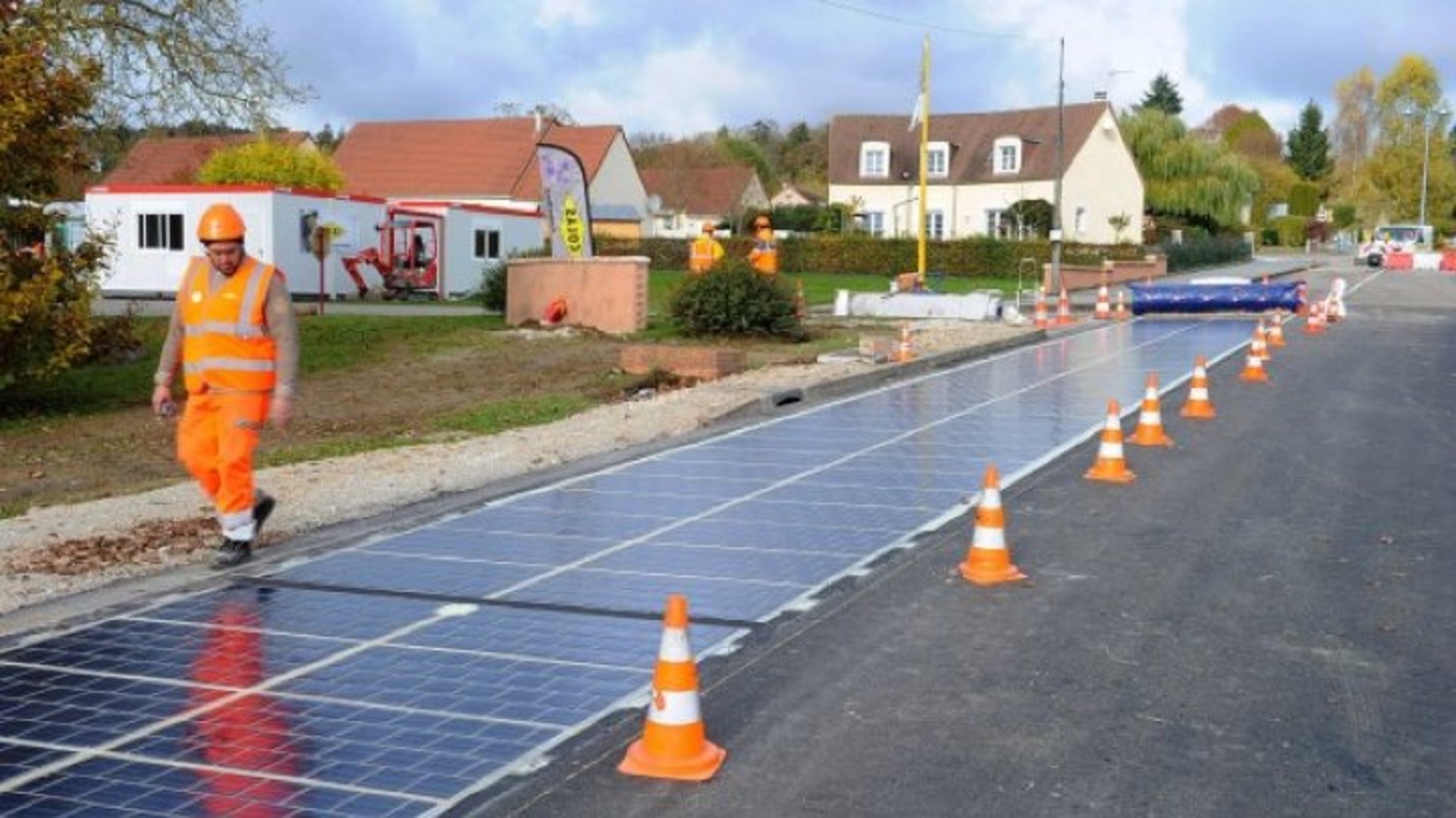 Test projects in small towns in the U.S. and Europe could change the way we drive, and provide sustainable energy in the bargain. We've all seen solar cells power individual highway light posts, traffic lights, traffic alerts and such. These projects expand on that idea, by paving the roadway with solar panels. No need to rip out the road. Just recover it with solar panels, much as you would use stick-on tiles to recover the bathroom or dining room floor.

It's a smart use of existing infrastructure, because it avoids taking up real estate for homes or businesses to build a solar park. The roadway is just sitting there, after all, soaking up the sunshine all day, so it may as well be put to use creating electricity instead of potholes.

The world's first solar-powered road opened to traffic recently in Normandy, France. It's a three-quarter-mile stretch paved with more than 30,000 photovoltaic panels, which have been reinforced to take the load of cars and trucks. They also have a special composite "topcoat" for conventional tire grip.

The two-year test will determine whether the panels can generate enough energy to power the entire town of 3,500 residents and small businesses. 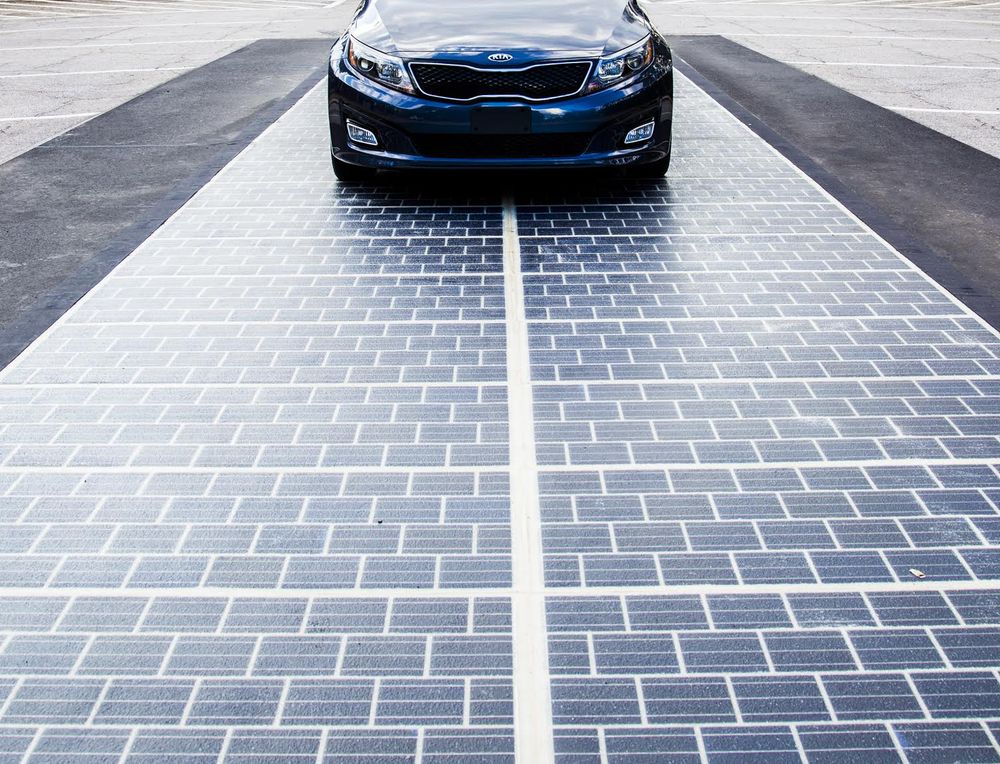 The French government plans to pave more than 600 miles of highways and local roads with such solar panels in the coming years, enough to power 5 million people, or 8 percent of the population.

Colas, the same French company that developed the Wattway panels and built the solar road in Normandy, also is installing the technology on 16 miles of Interstate 85 in southwestern Georgia, on the border with Alabama.

Even though this is a rural stretch of road, it's an important transportation corridor for large warehouses in the area, including Walmart, and the Kia factory in Georgia, where the Sorento and Optima are produced. So it's a good test of how the panels perform under the weight of 18-wheelers and car transports.

The project includes solar panels at a rest stop in the area. Instead of being arrayed in angled rows like most installations, these are designed to look like branches of a tree. Sculpture and sustainability at the same time.

The solar road project is a partnership between the Georgia Conservancy, Georgia Tech's School of Architecture, and the Ray C. Anderson Foundation, run by the family of a local industrialist and environmentalist. 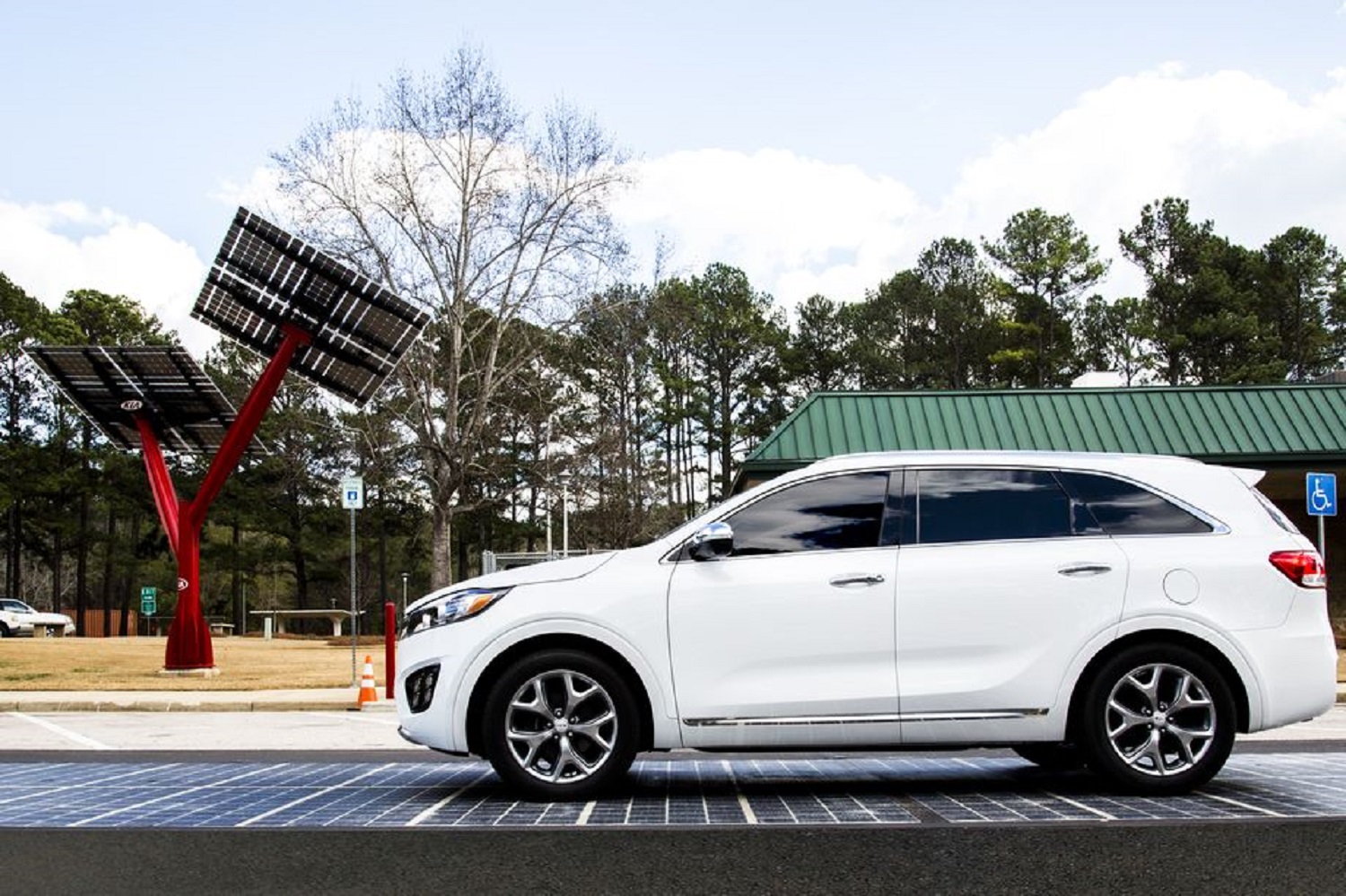 In the Netherlands, a solar bike path also connects two small towns near Amsterdam, and there are probably more solar road projects in small towns that we just haven't heard about. Good news may travel fast, but the road to the future gets paved slowly.

Right now, it costs more to pave a roadway with solar than with asphalt. But solar has a payback, which asphalt doesn't. According to Colas, 20 square meters of Wattway panels provide enough electricity to power a single home in France for a year.

Since American homes are generally larger, and contain more juice-hungry appliances such as air conditioners, we might need 30 square meters. Still, a good deal on the road to a greener future.