The World's Largest Car Company You Never Heard Of

Mahindra is the world's largest auto company you never heard of, but you soon will. Mahindra is building a $2 million limited-edition EV supercar designed by Pininfarina scheduled to launch in 2020. It's one of the five finalists to provide the U.S. Postal Service with a modern, energy-efficient new fleet of delivery vehicles. 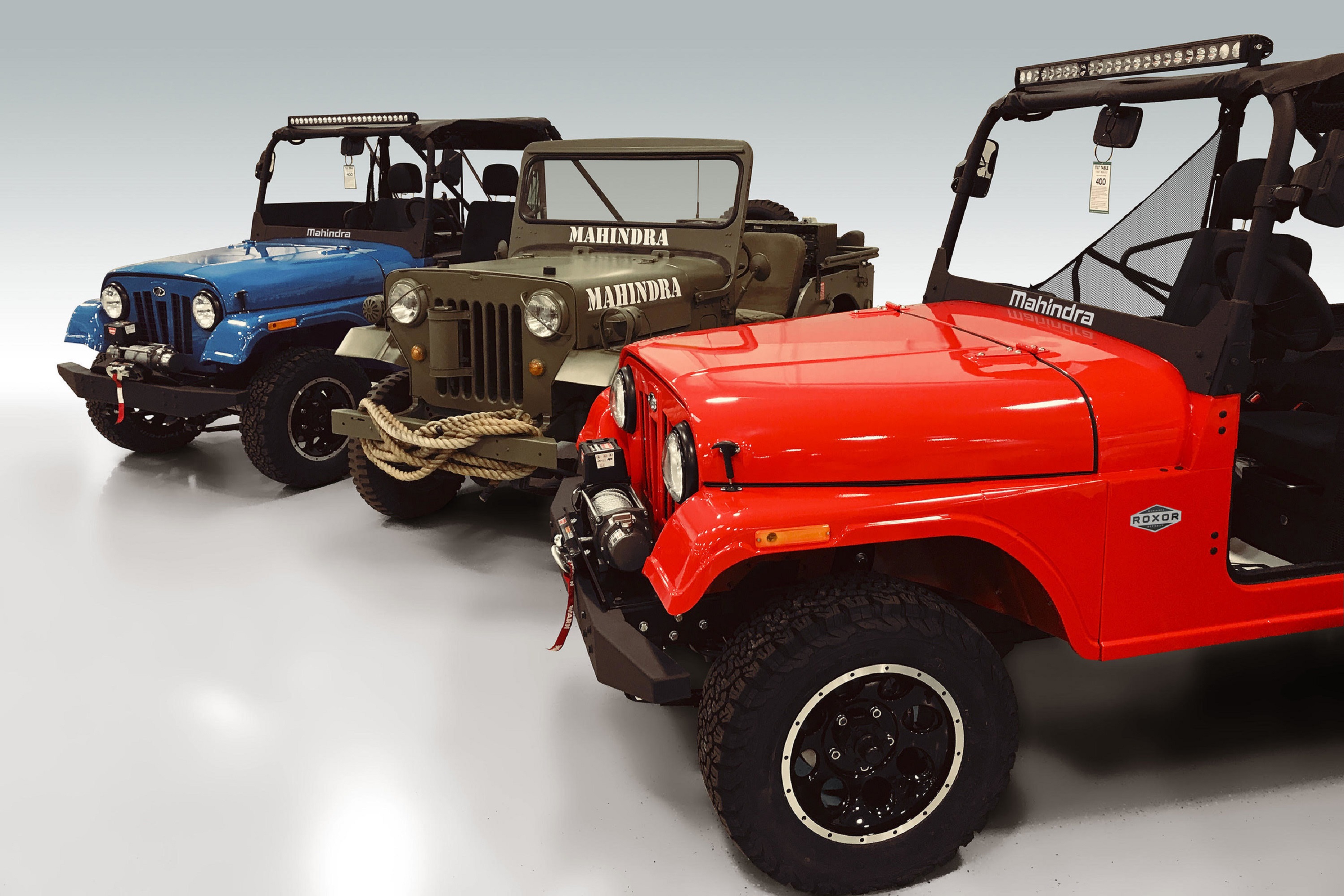 Farmers already know Mahindra for its tractors. It's one of the world's top three manufacturers of small tractors, bigger than a riding lawn mower but smaller than a combine, and they often operate autonomously, driven by a computer. That's far easier and safer on a huge field with straight rows and no other vehicles nearby than it is for passenger cars on crowded highways, and what is learned on cornfields and soybean fields can be useful for I-90 and local roads.

The tractors are manufactured in the U.S., where Mahindra also has built a factory near Detroit to turn out Jeep-based heavy-duty off-road vehicles called ROXOR. That's kind of full circle for the company, which began 70 years ago with a license from Jeep ancestor Willys to build them in India for the Asian market.

ROXOR is a tough guy, more rugged even than the Rubicon, toughest of the Jeeps, with an all-steel body on a boxed steel frame, hunky steel bumpers, a heavy-duty Mahindra turbodiesel four-cylinder engine, disc brakes, and a five-speed manual transmission.

With just 62 horsepower, it is rated off-road only, so the Jeep division of Fiat Chrysler should not feel threatened by a vehicle whose main customers are park rangers and adventure tour operators who take visitors over the river and through the woods from Florida to Alaska. Besides, Fiat Chrysler gave Mahindra the license to build the $19,999 UTV, which was designed in the U.S. for North American customers. 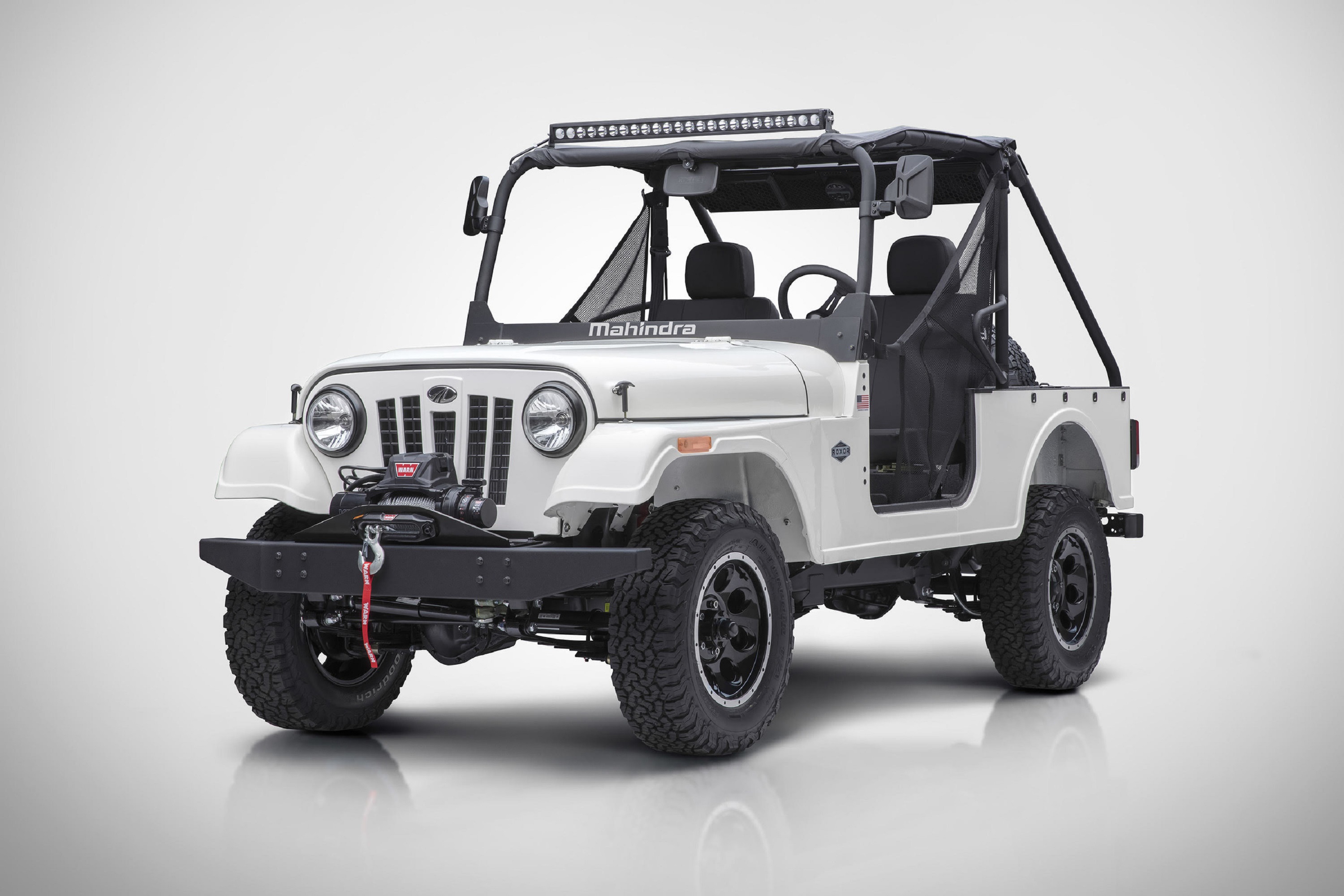 Dr. Anish Shah, Mahindra's president, told me happily that the entire 2018-2019 production is sold out, and that the company plans to double its $1 billion investment and total 3,500 employees in the U.S. in the next five years. That includes the company's IT security division, at facilities in Omaha, Louisville, Fargo, and Dallas.

But there are no announced plans to introduce to the U.S. any of the sedans, SUVs, or pickup trucks Mahindra manufactures in Asia, where it is well known, or the Smart-sized EVs it manufactures, or the car-sharing platform which utilizes them, called Zoomcar.

Perhaps they are testing the waters with the limited launch in Europe soon of the KUV100 small SUV, a non-electric, non-hybrid available as conventional gas or diesel. It's called KUV, for "kool" utility vehicle.

Already introduced to the U.S. are the GenZe electric scooters and bikes the company manufactures. They are popular with restaurant delivery employees and couriers in cities like New York City, who can make up to 20 percent more deliveries in a shift, earning better wages and tips. There's also a GenZe ride-sharing program being tested in San Francisco, which could expand to other cities as the e-version of pedal bike sharing.

Mahindra operates in 100 countries, several of which hosted events in this year's all-electric Formula E racing circuit, in which the company has been participating for several years.

Chairman Anand Mahindra told me he expects India to be 100 percent EV by 2032, because having "200-300 million combustion engine vehicles on the road in India is a nightmare for the globe."

He expects technology improvements learned on the track will make plug-in vehicles more efficient and affordable for everybody, worldwide. Yes, he says, some of that track-to-driveway technology is being built into the Pininfarina supercar.

He also sees a shift in the U.S. to e-bikes and scooters like GenZe, which long have been popular in cities in traffic-choked cities of Europe and Asia, for commuting and errands. "We hope to get a piece of that pie," Anand Mahindra told me. And stop being the world's largest auto company you never heard of.