The GLCe Plug-In Electric Hybrid is just one of many electrified vehicles on the way from Mercedes-Benz. 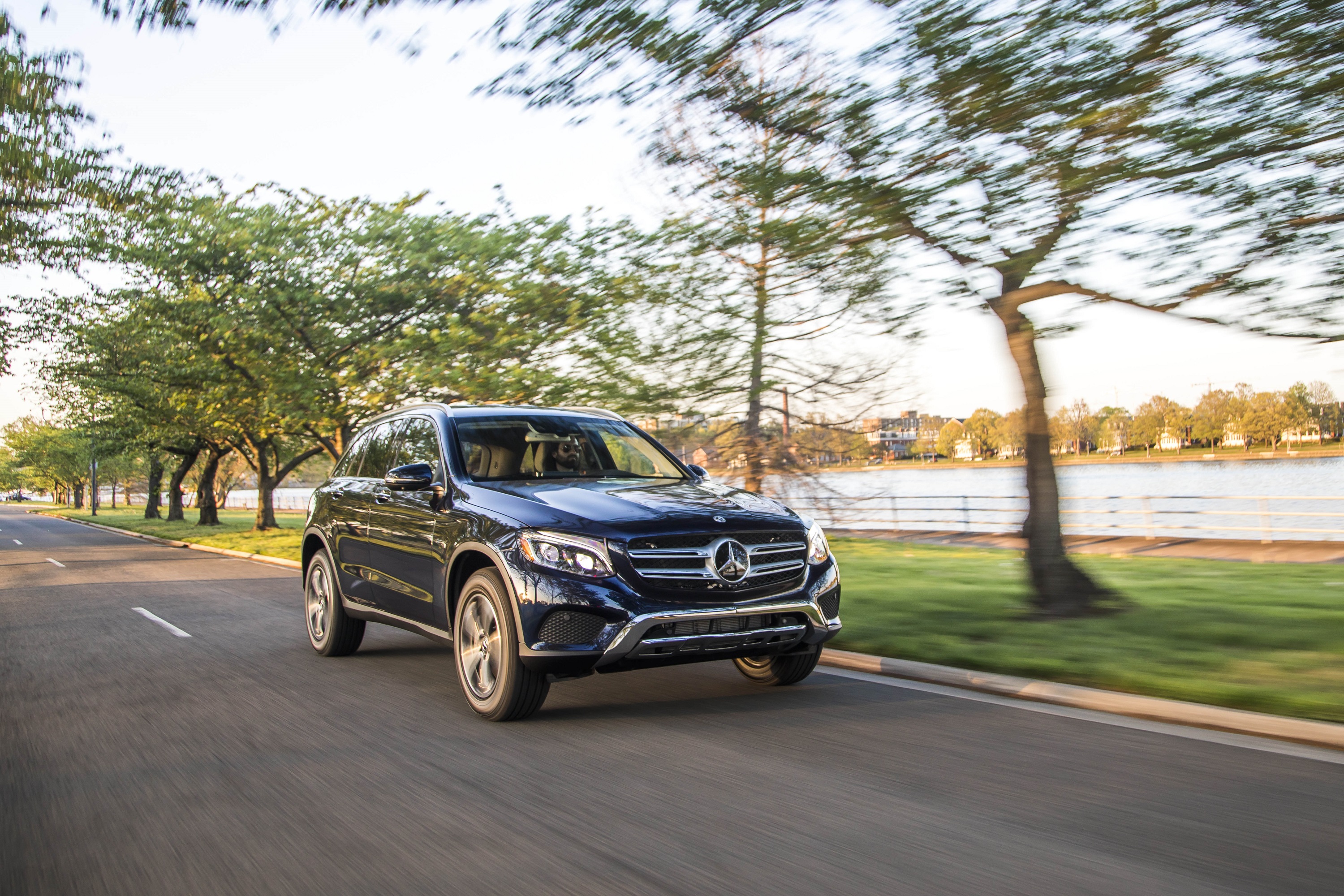 This compact crossover utility vehicle is powered by a hybrid 2.0-liter four-cylinder turbocharged engine with an 85-kW electric motor and haptic accelerator pedal, providing intelligent use of electric power. The GLC 350e's combined horsepower is rated at 320 and offers 413 lb.-ft. of torque.

The hybrid system's motive force is geared via a 7G-TRONIC seven-speed automatic transmission to the rear wheels, or optionally, the automaker's 4MATIC all-wheel-drive system with Dynamic Select featuring a four-mode drive selector and multiple ways to recharge. 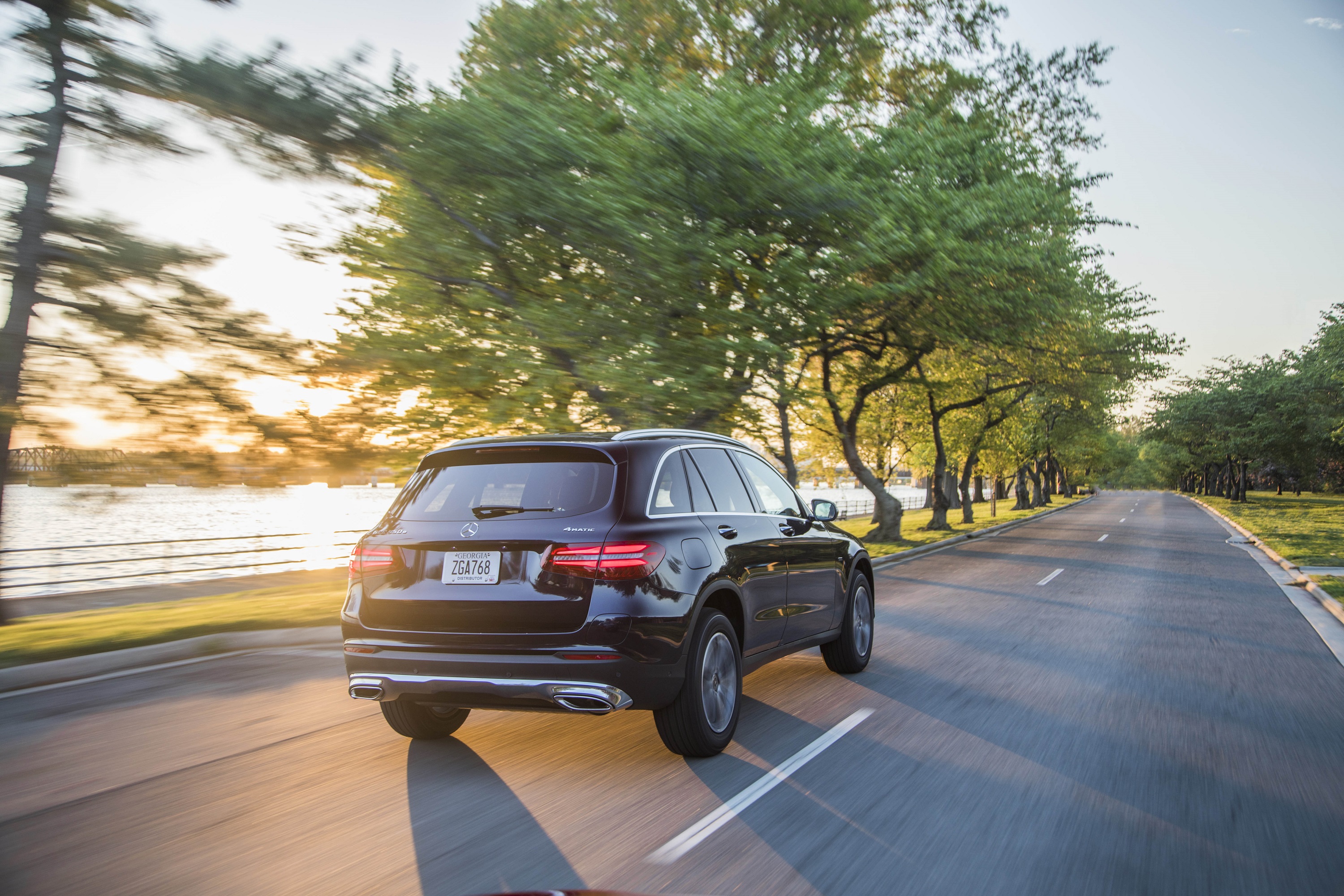 The latest iteration GLC 350e wears a coupe-like body style that leads off with a bold, expressive front end featuring a horizontal two-bar grille anchored by a large, circular three-pointed star logo and flanked by "cat's-eye" headlamps. The roofline slopes gracefully rearward over the rear doors, and angles down over the short rear end. Both front and rear overhangs are abbreviated and emphasize the GLCe's low, aerodynamic stance.

Pricing starts at $50,650, which represents nearly an $8,000 premium over a comparable GLC 300 4Matic. The EPA combined mileage estimates for fuel economy is 56 MPGe with a combined range of roughly 350 miles. Gasoline fuel economy is 25 mpg in combined city and highway driving.

The "e" could be construed as being for "extra" horsepower and torque over the GLC 300. Or, some may interpret it as standing for "elimination." This GLC 350e surrenders 5.5 cubic feet of luggage space, drops 4.2 gallons of fuel capacity, and eliminates two gears from the GLC 300's nine-speed automatic. The electric-only range is up to only 9 miles. 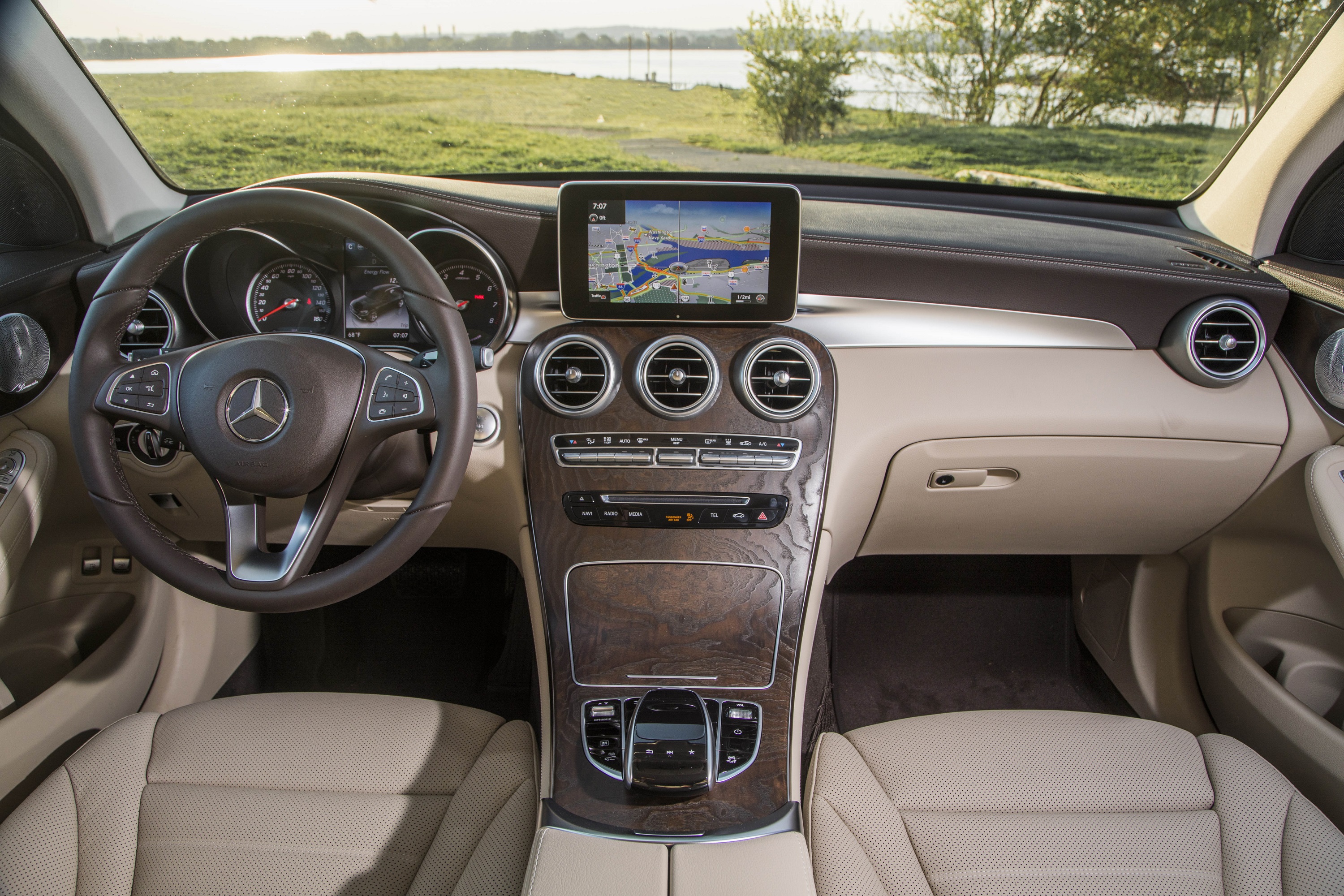 Driving this new Mercedes-Benz PHEV is both pleasant and rewarding, and is a little different from some other PHEV vehicles. Mercedes-Benz folks estimate that the GLC 350e is 0.2 seconds quicker from 0-to-60 mph than the GLC 300 4MATIC. Using only the electric motor, the GLC 350e generates 251 lb.-ft. of torque and is capable of a top speed of 87 mph.

The ride quality rates high on the comfort scale, and the interior ambience is top notch, with intuitive switchgear and controls. Safety equipment, connectivity, and infotainment are representative of what one expects from a Mercedes.

Experimenting with the four driving modes results in altering the mix of the powertrain's electric and gas/electric driving. The standard hybrid mode is self-explanatory. E-Mode supplies power exclusively by the electric motor. The remaining two modes, E-Save and Charge, keep only the gas engine running to allow the driver to conserve battery power for later use, while the Charge mode replenishes the battery while under way. Other adjustable settings include Individual, Sport +, Sport, Comfort, and Eco.

The "haptic accelerator pedal" applies counter-pressure to the driver's foot, similar to Infiniti's "eco pedal," encouraging softer acceleration. In the GLC 350e, the pedal resists downward motion to the specific point where the vehicle can maintain electric operation. Pushing harder, the gas engine fires up for added power. Via two pulsing sensations, the pedal also indicates when one can ease off the throttle to save fuel while maintaining an existing speed. 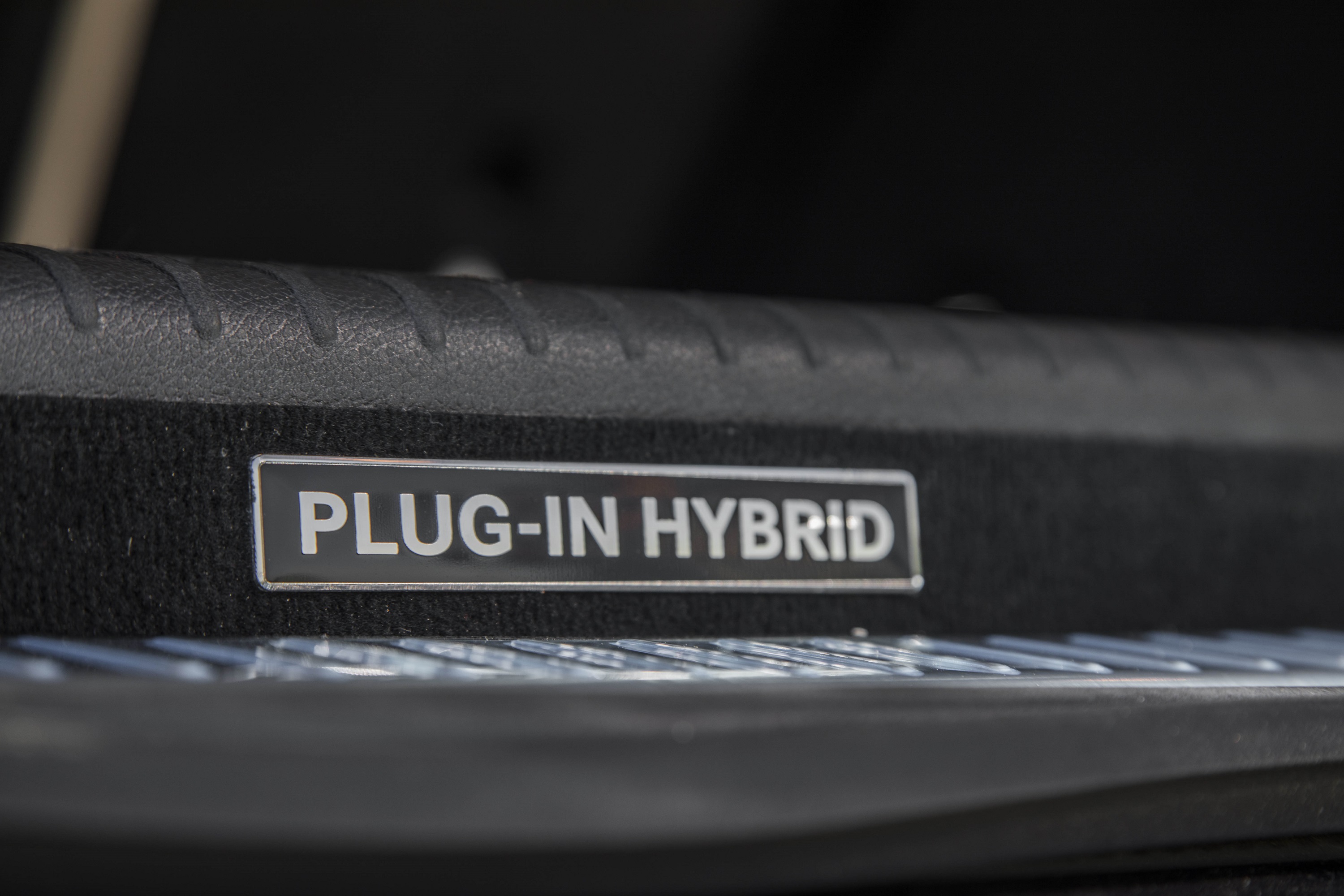 The regenerative braking rate changes depending on the vehicle ahead, using the GLC's forward-looking radar to alter the engine braking.

This hybrid Mercedes accelerates quickly (unless you happen to be in E-Save mode) and the instant torque of the electric assist eliminates any turbo lag. On the other hand, the extra weight is a factor, and the GLC 350e is not as athletic and responsive as its gas sibling. 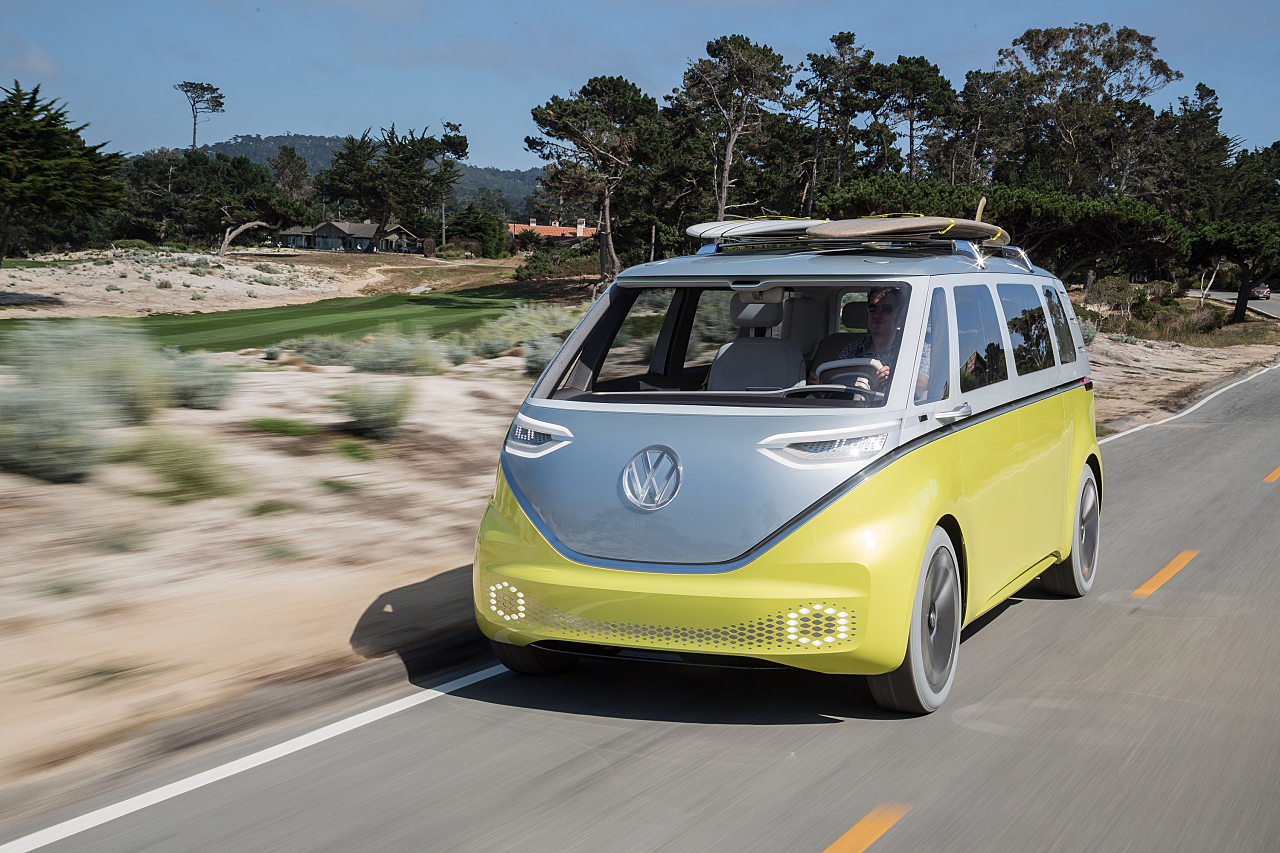 VW Electric Cars to be Built in U.S.

In an effort to put "Dieselgate" in the rearview window, VW has reinvented itself as both an American-oriented company and one built on environmental sustainability. 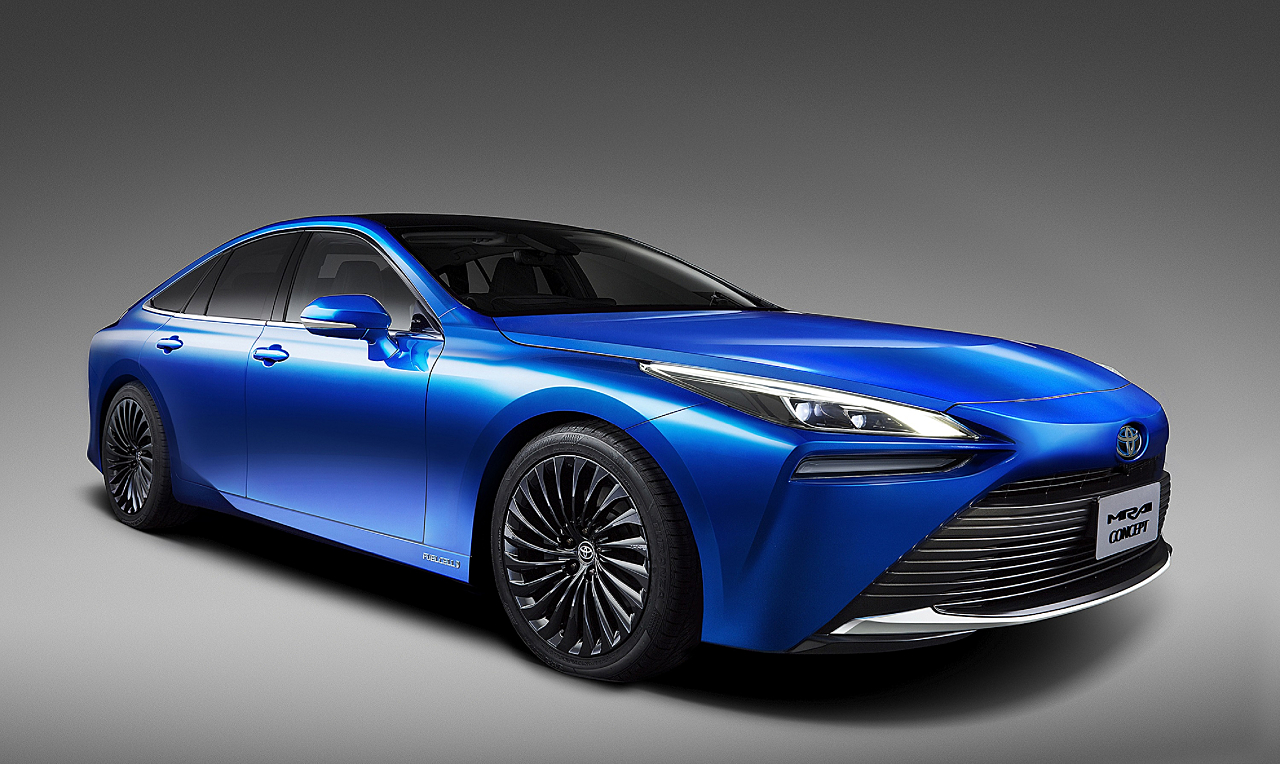 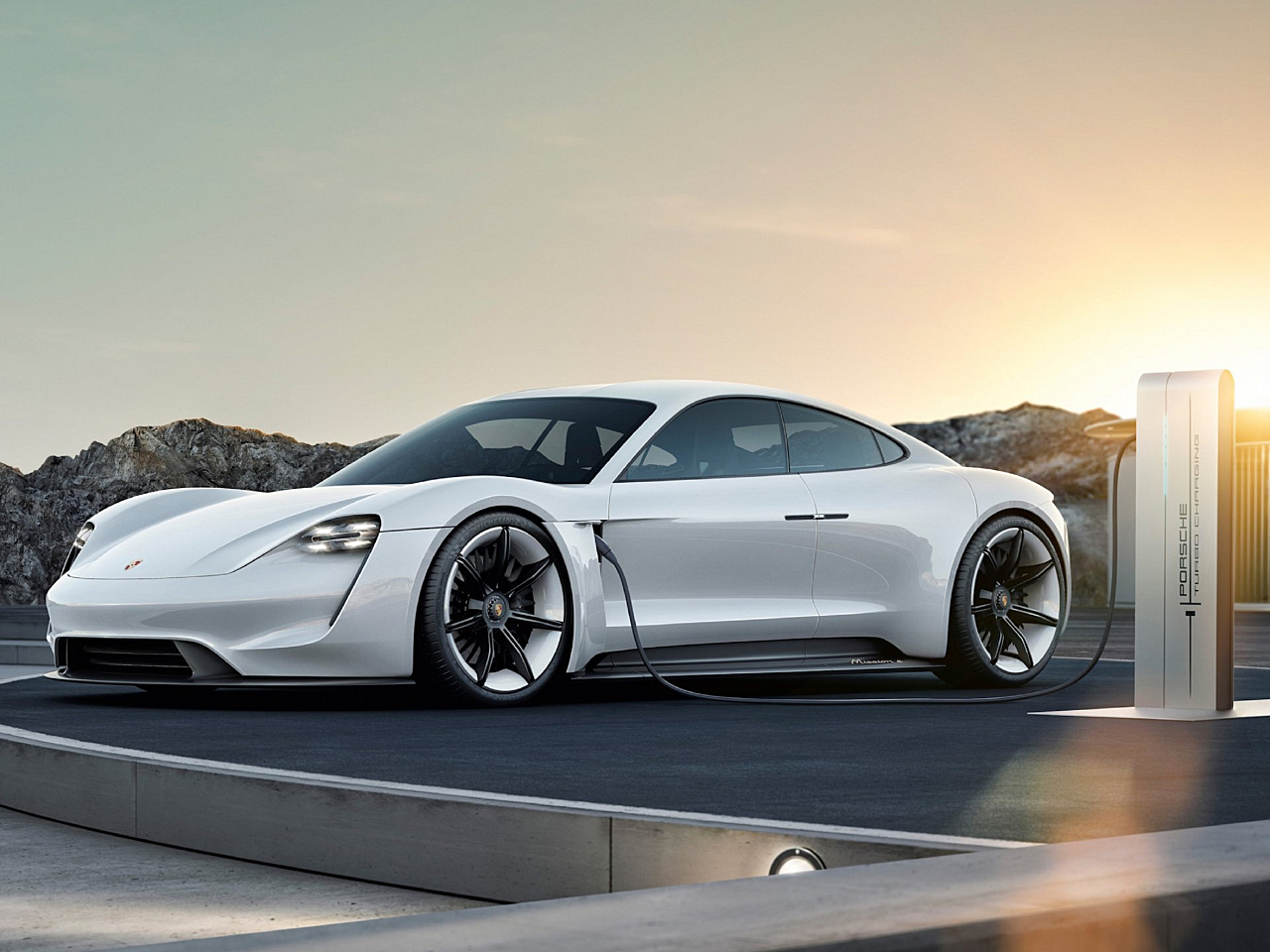 The growing number of electric vehicles -- from sedans and SUVs to sports cars and seven-figure supercars -- is prompting a growth industry in ways to recharge them.