BMW Adds The X5 to High-Performance M Series For 2010

BMW has launched the X5 M for 2010, joining the X6 M as one of the first all-wheel-drive models to blend BMW xDrive with the high-performance M cars. Spirited driving enjoyment is enhanced by a level of agility unparalleled in the SUV segment. 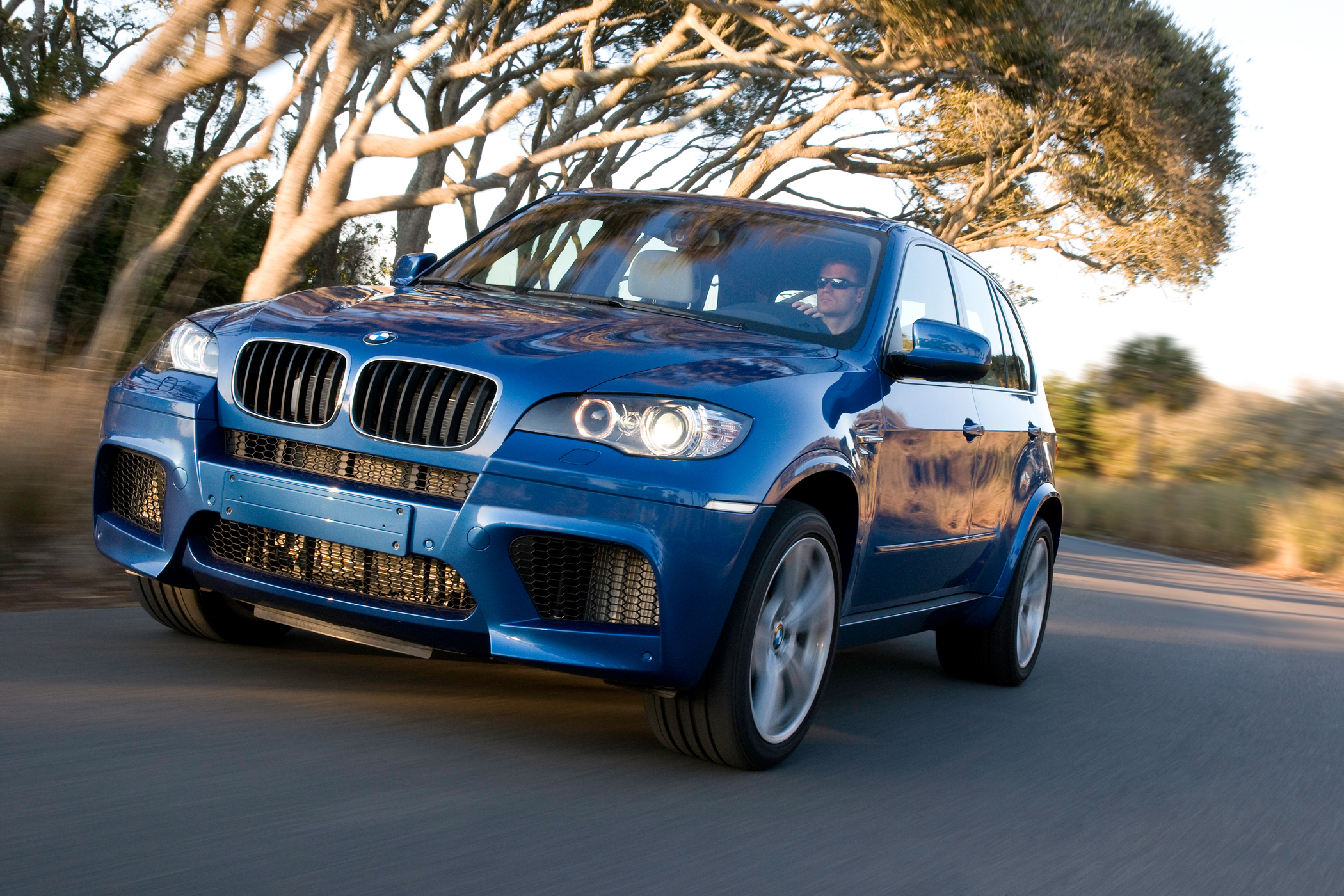 Motive force for the new 2010 X5 M comes from a 4.4-liter, twin turbocharged V-8 that cranks out 555 horsepower while generating an impressive 500 lb.-ft. of torque. The engine is coupled to a six-speed automatic.

Our BMW X5 M tester rides on 20-inch wheels with performance rubber with a base price set at $85,400.

The BMW X5 M is a spirited performance machine that delivers outstanding characteristics across the board in normal settings, but takes on supercar attributes when the "M Dynamic" mode is activated. The new M Sports Automatic is commanded by an electronic selector on the center console offering the driver not only the Drive mode, but also Sport and M Manual modes for absolute control of gear selection. 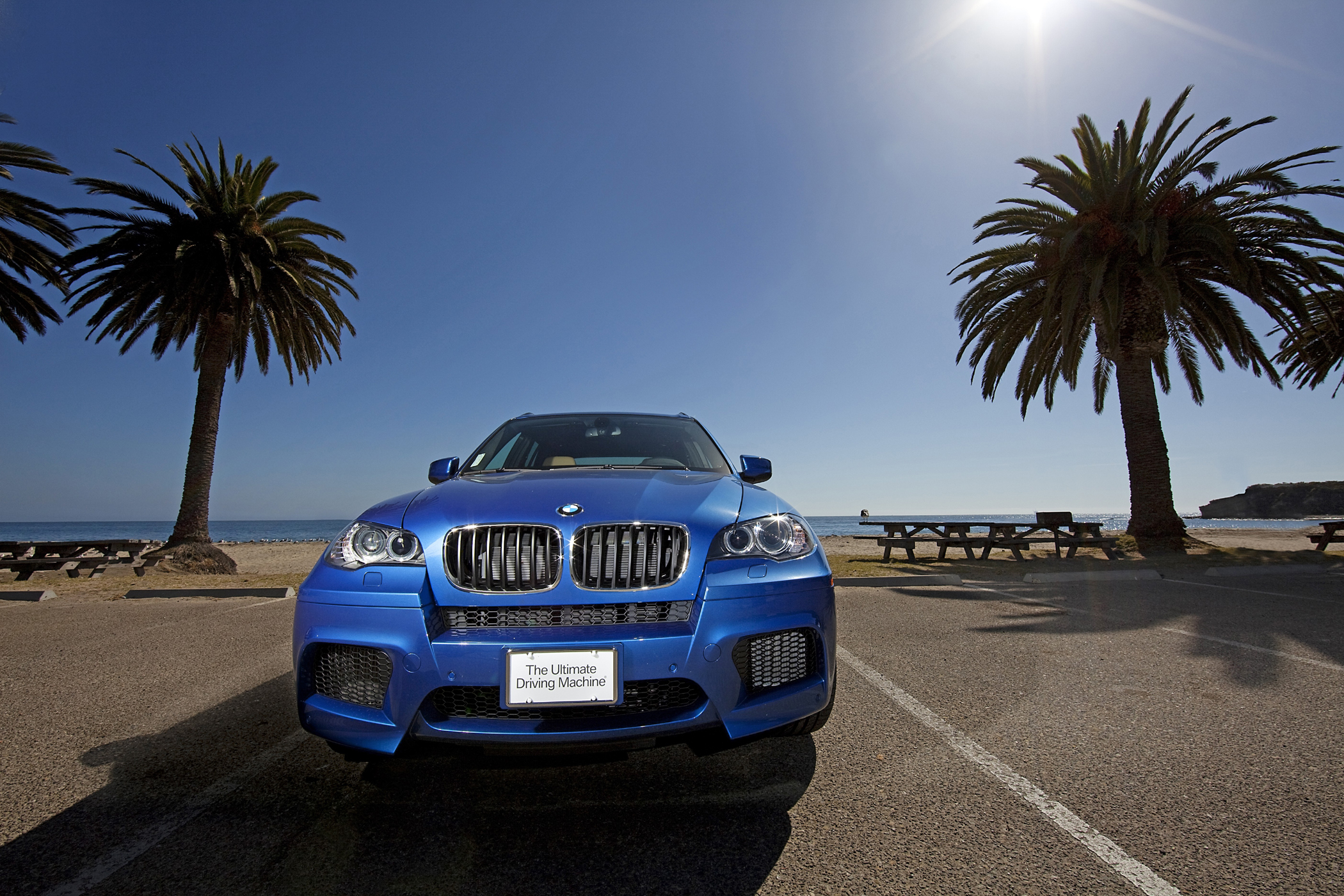 Aluminum pull-style paddles on the steering wheel, exclusive to BMW M, allow manual shifting. In the M Manual mode, each chosen gear is held up to redline to give the driver perfect throttle-steering control of the vehicle in demanding driving conditions. The transmission will not upshift or downshift automatically in this mode.

An added feature of the M Manual mode is Launch Control, which enables the driver to accelerate from a standstill with maximum performance. To activate Launch Control, the driver must stop the vehicle, move the gear selector into the M/S position and activate the Sports Power mode, as well as the M Dynamic mode, or respectively, the DSC-Off mode. Then, with the transmission in stage M1, the driver must press down the brake pedal and press the accelerator to at least 60 percent throttle, setting Launch Control to standby.

Standby status is confirmed by a "starter's flag" symbol in the instrument cluster. As soon as the driver releases the brake pedal, the vehicle will accelerate with full power. In the process, the M Sports Automatic transmission automatically upshifts at the ideal points, with the fastest possible shifts and optimum wheel-spin control. Launch Control may be terminated at any time by reducing the throttle position.

Controls and switchgear are well placed for optimum user friendliness, and the seating is both supportive and comfortable. The ride quality is firm, but comfortable. The technology level is state-of-the-art, but unless driven to extreme levels, such advanced safety technology will probably never come into play -- and, if it does, the driver and vehicle occupants are not likely not notice it.

The new 2010 X5 M takes on the basic styling characteristics of the standard X5. In addition to special badging however, the "M" model exhibits more specific and aggressive cues that allude to its enhanced performance nature. The proportions are more upright, while the stance manages to display a lower, bolder persona, with unique ground effects fore and aft, as well as extended rockers. The front side panels feature distinctive gill intake units with an integrated side indicator and "M" logo. The vehicle's athletic character is communicated at the rear by a rear diffuser and quad tailpipes. 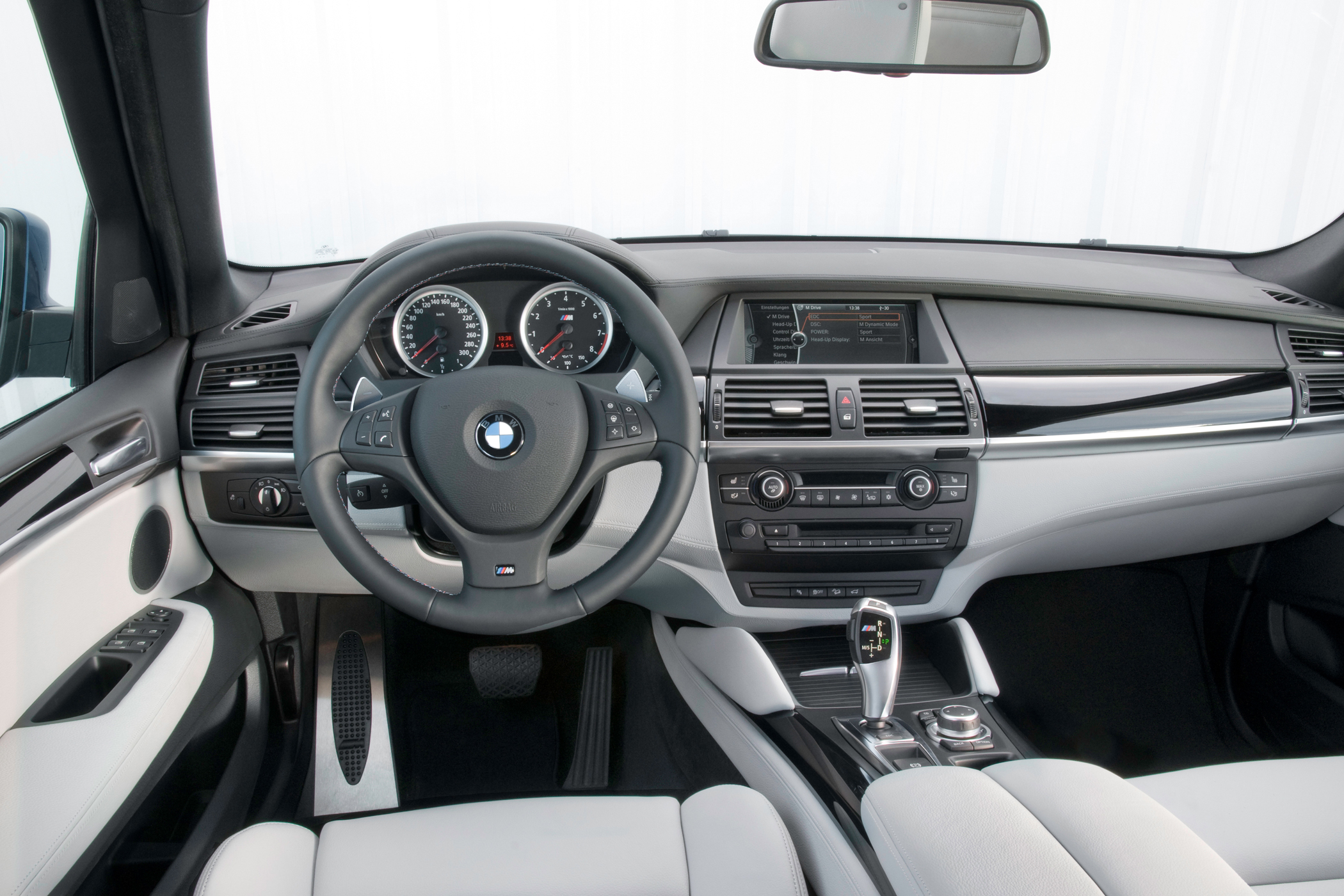 Exterior styling cues on the new 2010 X5 M give just enough of a hint at the performance capabilities, and are just what the racing enthusiast might order.