Hyundai's all-new flagship sedan, the 2011 Equus, is designed to compete on a global level with other world premium sedans on all levels -- design, performance capability, amenity content, advanced technologies and the ownership experience.

Manufacturer photo: The 2011 Equus is offered in two trims Signature and Ultimate, both lavishly contented

Visually, the Equus is a showcase of tasteful elements that blend harmoniously, delivering a pleasing and appealing overall form that satisfies the senses in an emotional way. The Equus styling conveys dynamic strength, with an intelligent perspective on luxury. 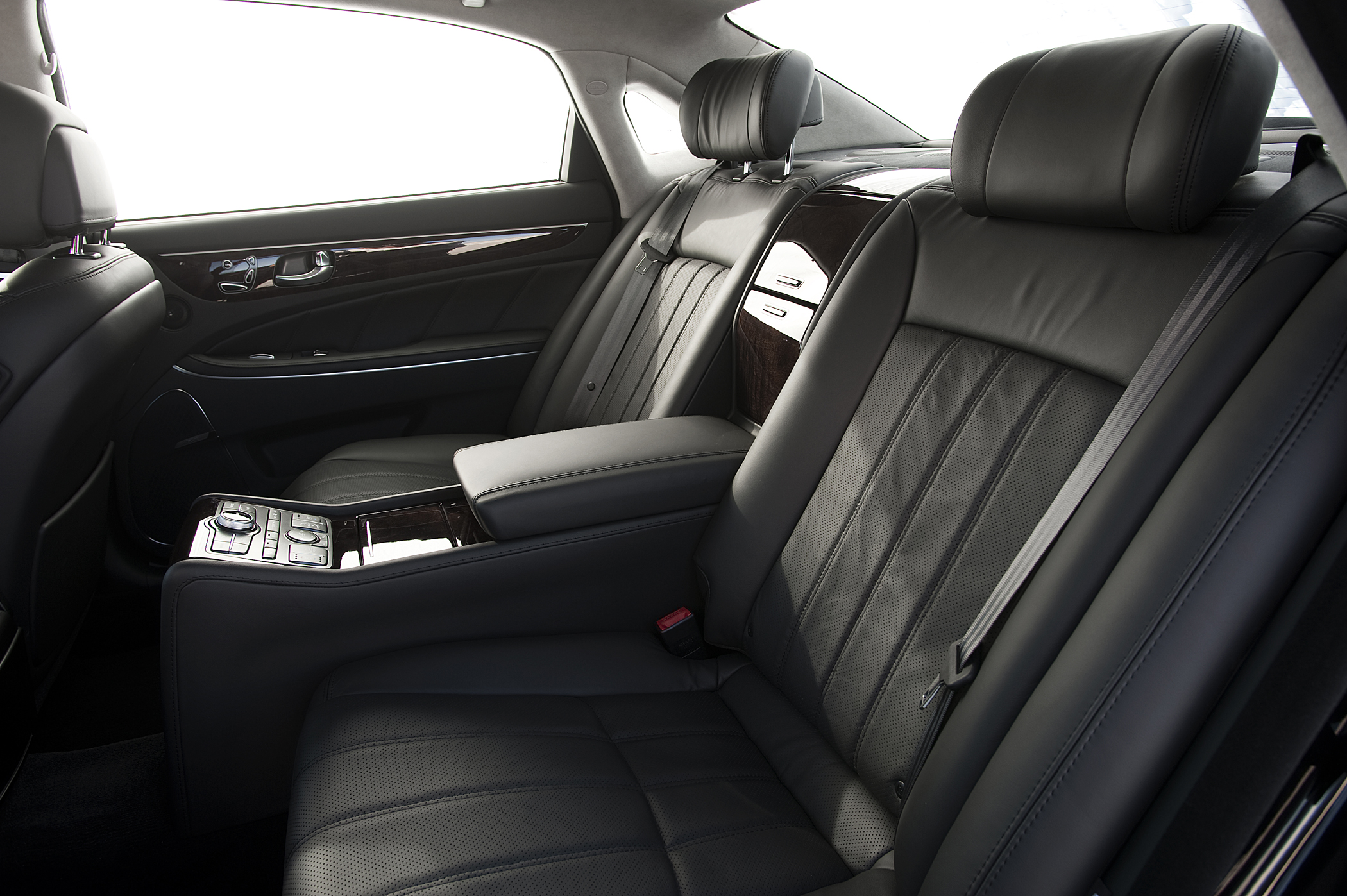 The Hyundai Equus in Ultimate trim is a remarkable luxury sedan, with sporty attributes. It is visually appealing, in a way that is difficult to describe -- some observers felt that certain of its design cues resembled those of a Mercedes-Benz S550, while others likened some of its styling elements to a Lexus LS 460L.

Power for the rear-wheel-drive Equus is supplied by a 4.6-liter Tau V-8 delivering 385 horsepower along with 333 lb.-ft. of torque. The V-8 mates to a ZF six-speed electronically controlled automatic transmission with manual shift mode and lock-up torque converter. Mileage ratings are estimated at 16 mpg city and 24 mpg highway.

The 4.6-liter V-8 cranks out more than enough horsepower and torque to please even the most discriminating driving enthusiast, while providing comfortable accommodations in a safe and secure environment. The speed sensitive, electro-hydraulic power steering delivers crisp handling characteristics, and the ride quality is compliant without sacrificing stability.

The six-speed automatic transmission allows for silky smooth gear changes when in the automatic mode, and when in the manual mode, delivers well defined gear changes. The only downside for me was the manual gate placement -- it's placed too far to the right. When reaching intuitively for the shift lever to effect gear changes, it wasn't where one would expect it to be. Not a major issue certainly, as one owning the car would soon become accustomed to its position.

Pressing the Sport button, enhanced driving even more, altering shift points, damping characteristics and throttle response, and putting the Equus into more of a Sport Luxury sedan category. Gauges and instrumentation are well positioned for optimum user-friendliness, and driver seating is infinitely adjustable, allowing for the ideal driving position. 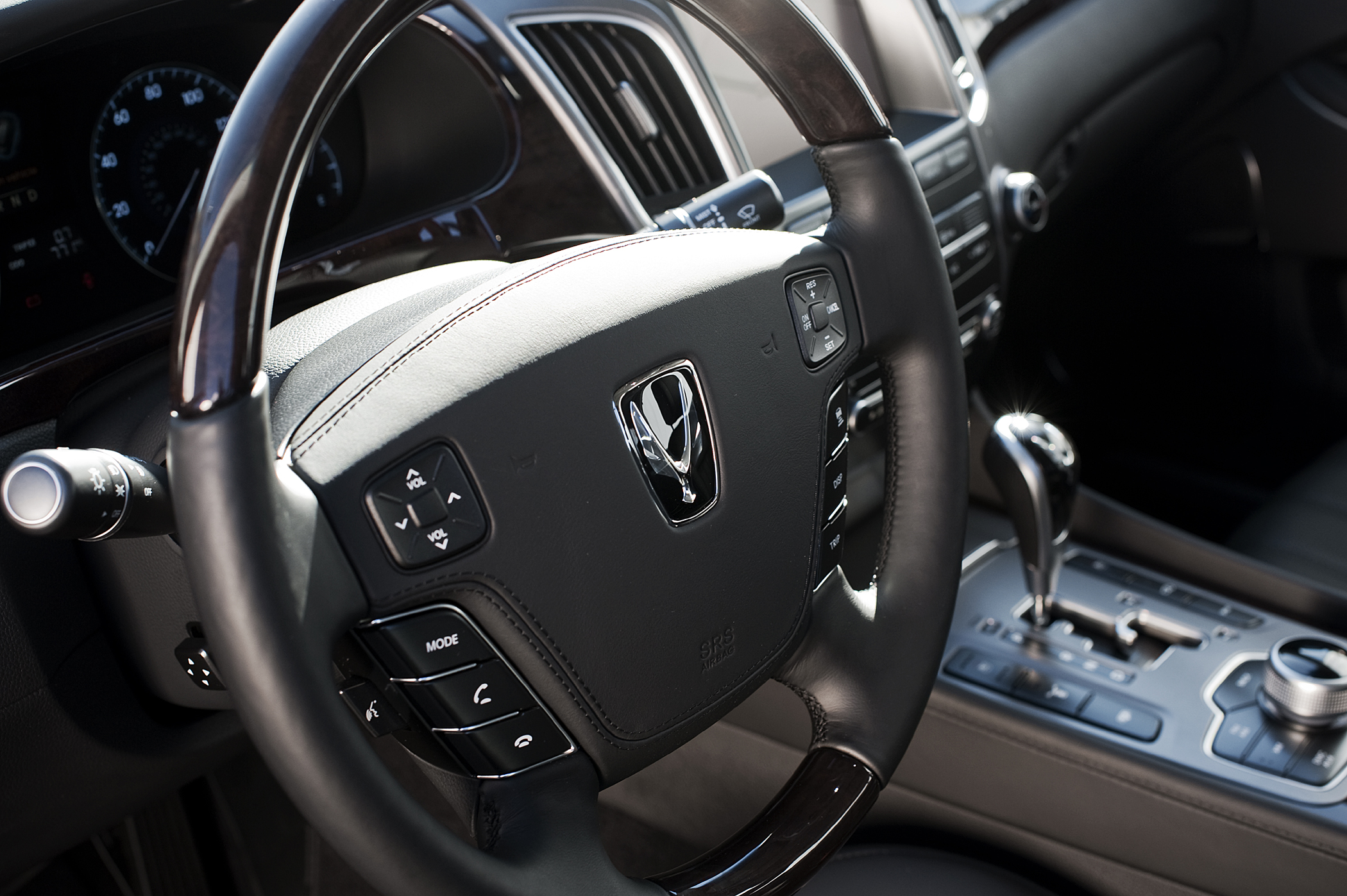 In the final analysis, other luxury sedan manufacturers should probably be more than a little nervous, given the attributes and prowess of the Hyundai's new luxury flagship Equus Ultimate.