Turning Over a New Leaf with Nissan 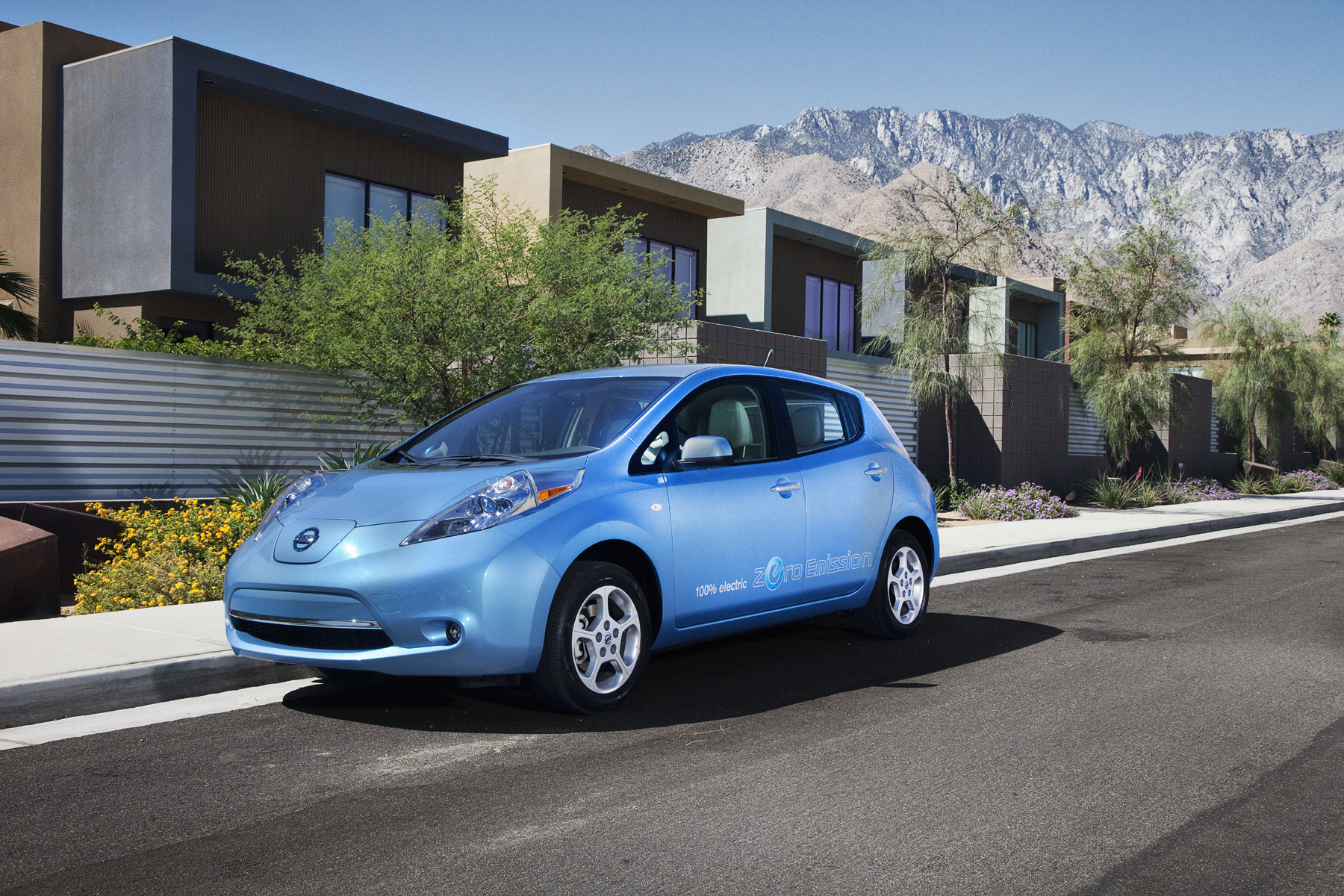 The Leaf is a 100-percent plug-in electric vehicle with zero emissions. There is no gasoline engine, so no more oil changes. Obvious Leaf competitors will be the Ford Focus EV, Mitsubishi i-MiEV and the MINI-E, with the Chevy Volt and Toyota Prius Plug-in figuring in the picture as well.

Leaf's power comes from a 600-pound laminated Lithium-ion Manganese Graphite battery pack mounted low in the vehicle floor for optimum weight distribution. The battery pack consists of 192 cells in 48 modules. The battery comes with an 8-year/100,000-mile warranty. Top speed for the 2011 Nissan LEAF is 90 mph and the drive range capability is 100 miles.

When battery power is drained to a minimum point recharging is quite simple via a 120V portable Trickle Charge Cable that may be plugged into any conventional household outlet. An optional 240V charge cable is available.

There are three levels of recharge technology: Level I is a 1.4kW trickle type that fully recharges in roughly 20 hours; Level II is the normal recharge method for both home and public usage at 3.3kW (220V) that requires approximately 8 hours; and the third level - DC Fast Charge is a quick type for public and private use at 50kW that will deliver an 80 percent charge in 30 minutes. There are currently 13,000 public charging stations nationwide. 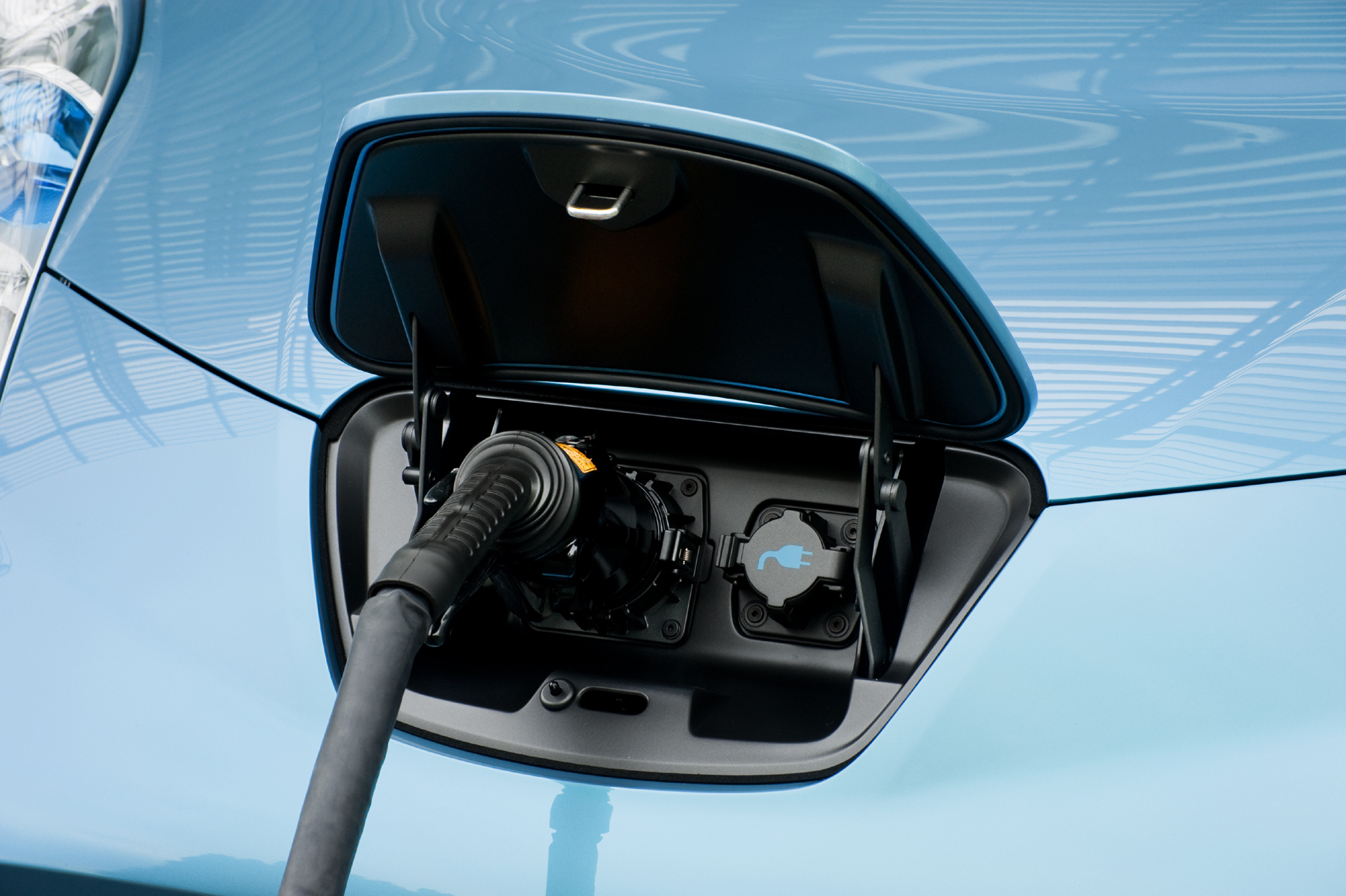 I drove the 2011 Nissan Leaf in Nashville and Franklin, Tennessee during the national press launch. The base price is $32,780, while the price as tested can vary depending on options and tax credits. A typical price tag would be $25,280, factoring in the $7,500 federal tax credit.

strong>The Leaf has two operational modes: Normal and Eco, which increases efficiency and delivers 10 percent more range. Driving the Leaf is really not a dramatically different process from piloting a conventionally gas-powered or hybrid-powered vehicle, except that it is eerily quiet. One tends to notice road and wind noise more due to the lack of an engine. As your drive along rationally and conservatively you'll watch a tree grow graphically in the Leaf's information panel, or drive in a completely normal manner and simply monitor potential range. Braking features a normal set-up along with "Coasting" regenerative braking, which contributes to maintaining battery power levels.

Acceleration is instantaneous in luxurious silence, and the handling serves up a nimble feel. It rained on arrival day prior to the test drive and there were those who were concerned about operating an electric vehicle on the wet roads.

Not to worry as the Leaf underwent severe durability testing, packed in ice to measure internal pressure by rapid cooling and fully submersed as well as exposed to high pressure washing. It proved to be completely watertight. In addition, the battery pack escaped damage in a 40 mph frontal off-set crash test.

I found the Leaf to be fun, enjoyable and reliable in both Normal and Eco modes. The only minor areas for improvement that I noted were: for a locking mechanism for the charge cable when recharging; better light management in bright sunlight, which renders the instrument gauges illegible; and for a softer edge for the center stack.

Here's the bottom line, given all of its advantages, Nissan makes a good case for consumers to turn over a new Leaf.