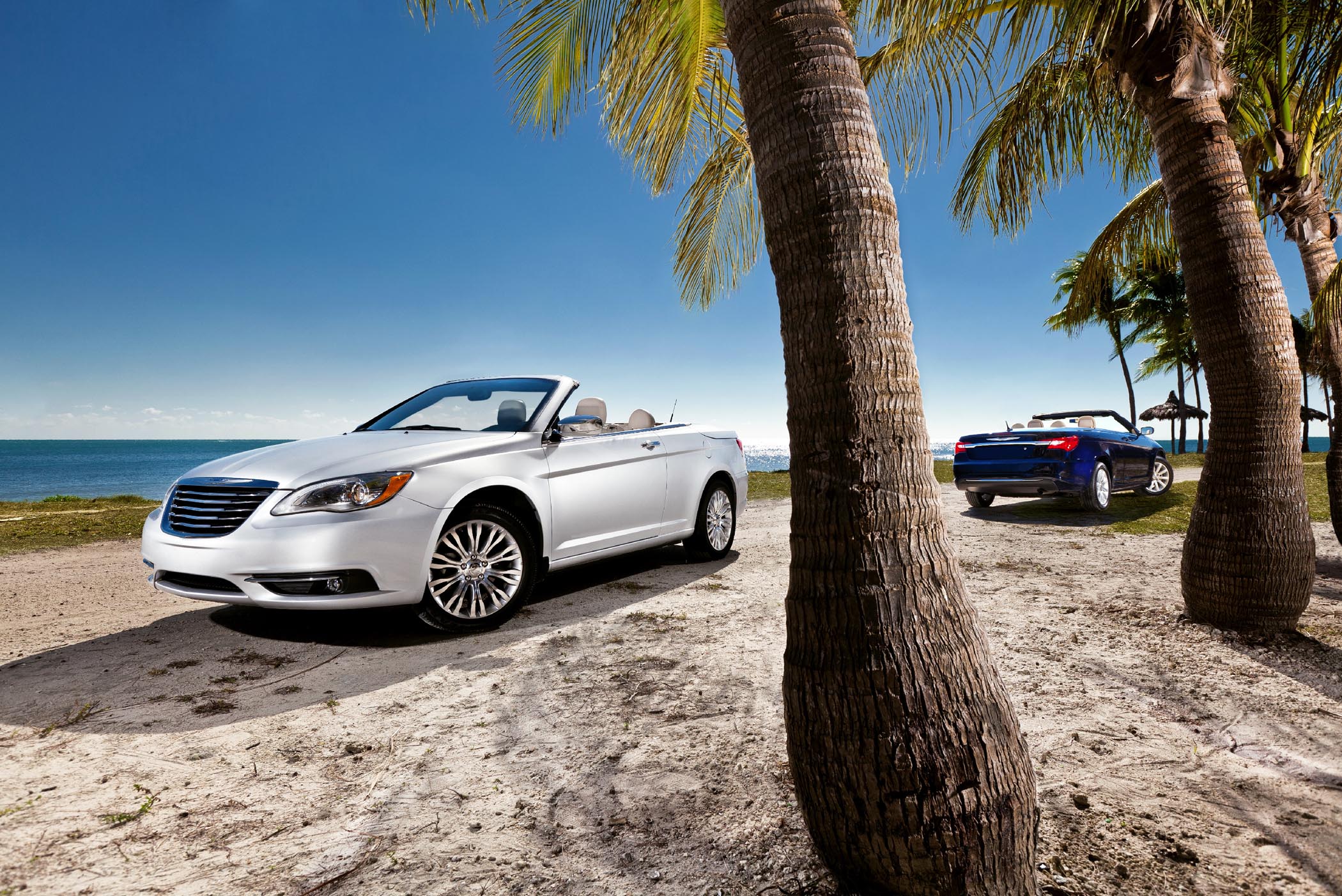 The 200 Convertible is a true midsize vehicle that is capable of seating four adults in comfort and actually provides usable trunk space, even when the top is down and stowed. Incidentally, the top operation takes place in a flat 30 seconds.

The 2011 Chrysler 200 Convertible is available in three trims: Touring, Limited, and S. The Touring version starts pricing at $26,445, the Limited model begins at $31,340; and the S model pricing will be announced, when it goes on sale later.

The retractable hardtop may be ordered in place of the soft convertible top for added peace of mind, which will add $1,795 to the 200 Touring model, and $1,995 to the more upscale models. Both power tops fold in three sections and may be operated by a center console switch or a button on the key fob. A standard hard tonneau covers both tops when down. 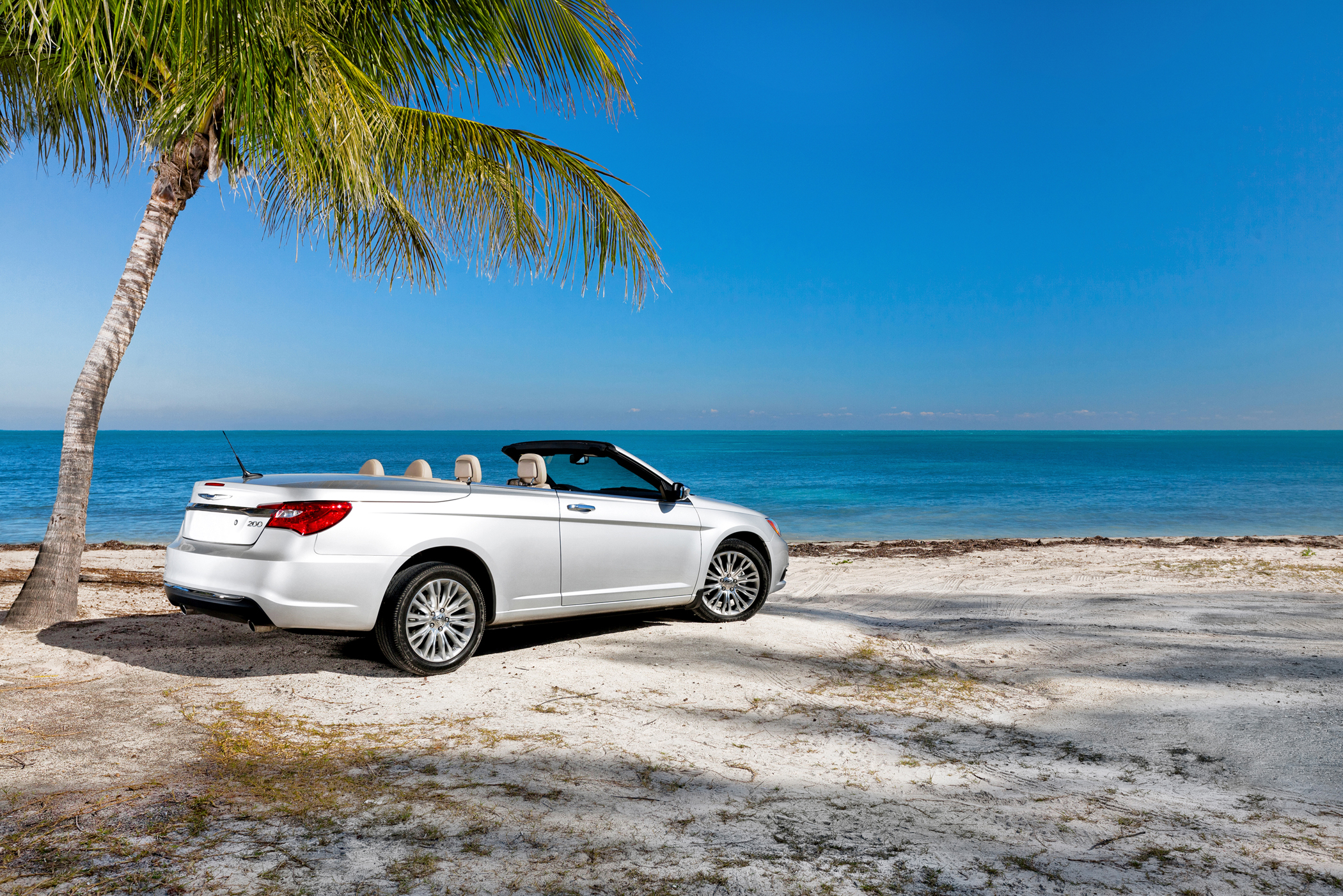 Both engines mate to the six-speed automatic with an all-new Dual Dry Clutch Transmission becoming available in the second quarter of 2011 on Touring models powered by the 2.4-liter World Gas Engine.

In terms of its aesthetic appeal, the new Chrysler 200 Convertible displays the styling of a coupe with the open-air driving enjoyment of a Convertible. The design showcases a new sculpted front fascia and hood, featuring the Chrysler brand's distinctive new grille design that was inspired by the iconic Chrysler 300, with a liquid chrome finish and new signature winged badge.

The hood is flanked by projector headlamps in a graphic shape along with LED positioning light-pipes. In the rear, the deck lid features a chrome light bar that connects the new LED taillamps. The overall form sits lower all around for a more aerodynamic image.

Moving to the inside, the new Chrysler 200 convertible exhibits a clean modern look, with greater attention to fit, finish and detail. The instrument panel's design flows to the center console, which now provides increased storage capabilities. 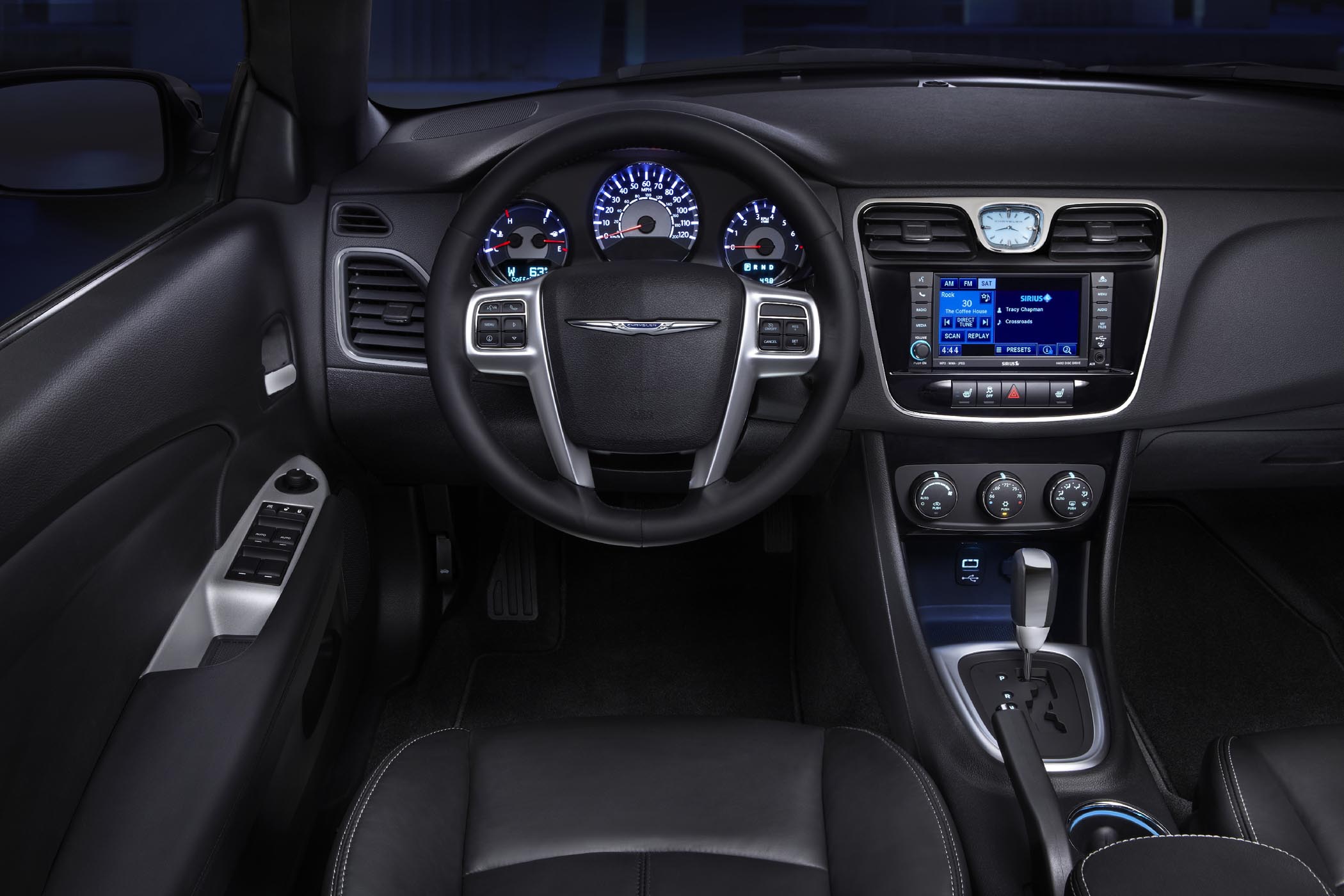 My test 2011 Chrysler 200 Convertible was the Limited version, powered by the 2.4-liter I-4 mated to the six-speed automatic gearbox. The exterior was sprayed with a Bright Silver metallic finish, while the interior was executed in Black cloth to match the top. My convertible came with a power soft cloth top. The base price was set at $31,340, while the final sticker read $32,450.

Driving the 2011 Chrysler 200 Convertible provided a pleasing open-air motoring experience, even with the soft cloth top and four-cylinder powerplant. I didn't drive a retractable hardtop version, nor was I afforded the opportunity to pilot one of the V-6 powered models. Given a choice, I would more than likely opt for a V-6 powered hardtop for the additional power and extra security provided.

Acceleration from the four-cylinder engine seemed adequate for the majority of driving scenarios and the transmission offered transitions in gearing smoothly and efficiently. The ride quality was comfortable, but leaned to the firm side of the equation. Handling characteristics bordered on sporty, with good feedback and nimble response. There was a noticeable level of cowl shake in evidence however, over extremely rough surfaces.

Outward visibility is obviously better with the convertible top stowed than with it up due to the large sail panel area. But the whole premise of a convertible is to enjoy the wind through one's hair and the sun warming one's skin.

The 2011 Chrysler 200 Convertible should be considered when shopping for an open-air vehicle capable of seating four. It is attractive, loaded with amenities and there's also a 5-year/100,000-mile powertrain warranty as an added advantage.