The 2011 Mercedes-Benz S400 Hybrid is an S-Class vehicle first and foremost, but one with a conscience and a nod toward environmental sustainability. It might well be properly referred to as Eco-Chic. 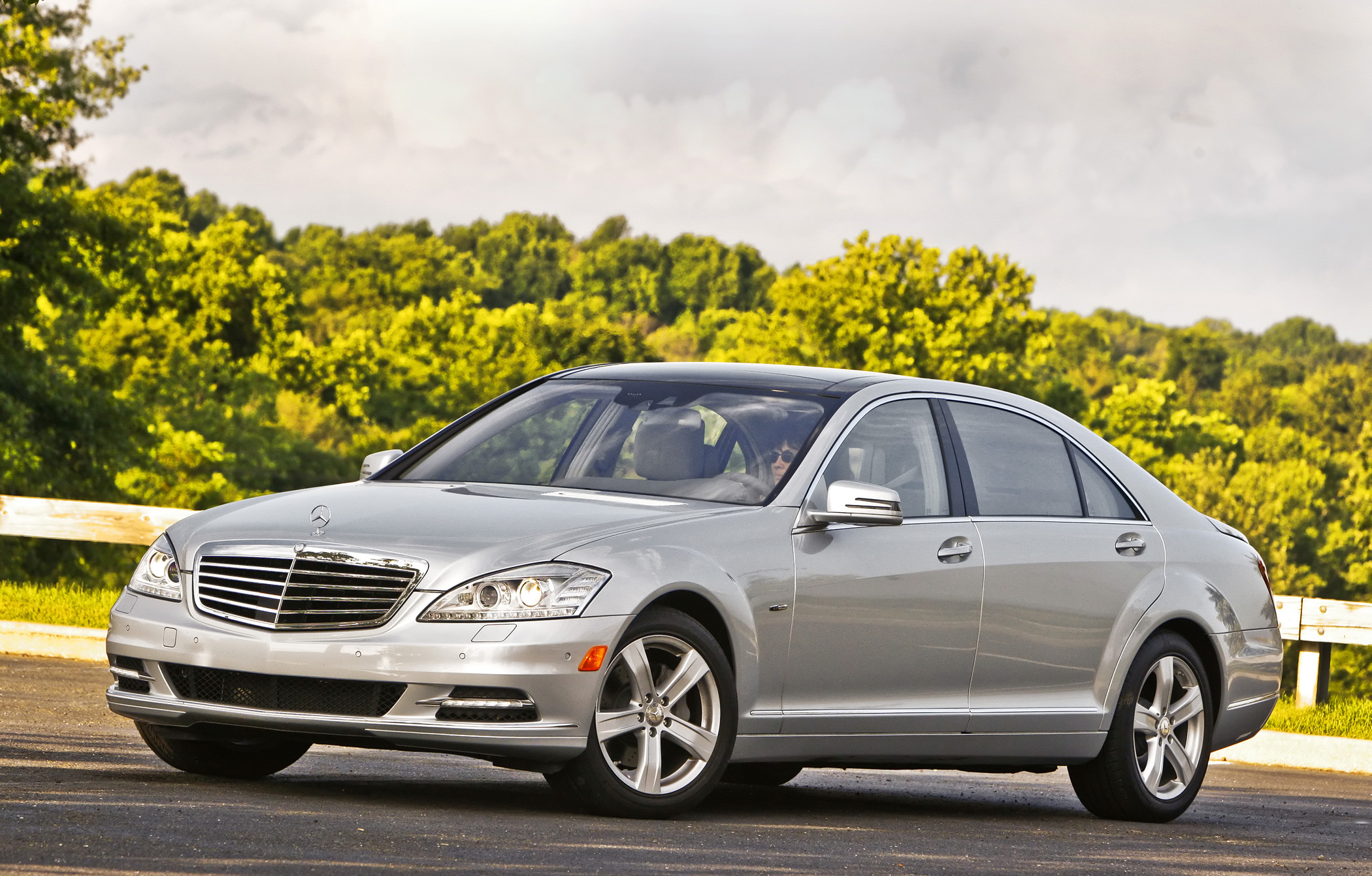 While there are V-8 and V-12 versions of the Mercedes flagship S-Class, the S400 Hybrid with its V-6 power uniquely cranks out the performance of many V-8s, while also delivering the same fuel economy as many four-cylinder engines.

It is entirely possible to drive the 2011 S400 Hybrid without realizing that you're indeed piloting a V6-powered vehicle -- and a "mild-hybrid" luxury car at that. The Mercedes S400's performance comes across as totally normal, except for the gasoline engine shutting down when stopped, and starting up again automatically when the brake is released.

My test 2011 Mercedes-Benz S400 Hybrid had a base price of $91,000. The S400 Hybrid is every bit as plush as all other Mercedes S-Class models, without sacrificing any of the amenities or available features. Plenty of acceleration is instantly on tap and the handling is quite nimble for a vehicle that weighs in at nearly two and a half tons. There is a certain sense of its overall mass, but it is certainly a far cry from the so called "land yachts" of yesteryear, maintaining a civilized stability and comfortable ride compliance.

The S400 features a lightweight, high-capacity lithium-ion battery designed specifically for automotive use. The battery works in conjunction with a 20-horsepower electric motor and a 275-hp V-6 gasoline engine, providing hybrid power with fuel economy rated at 25 miles per gallon on the highway. 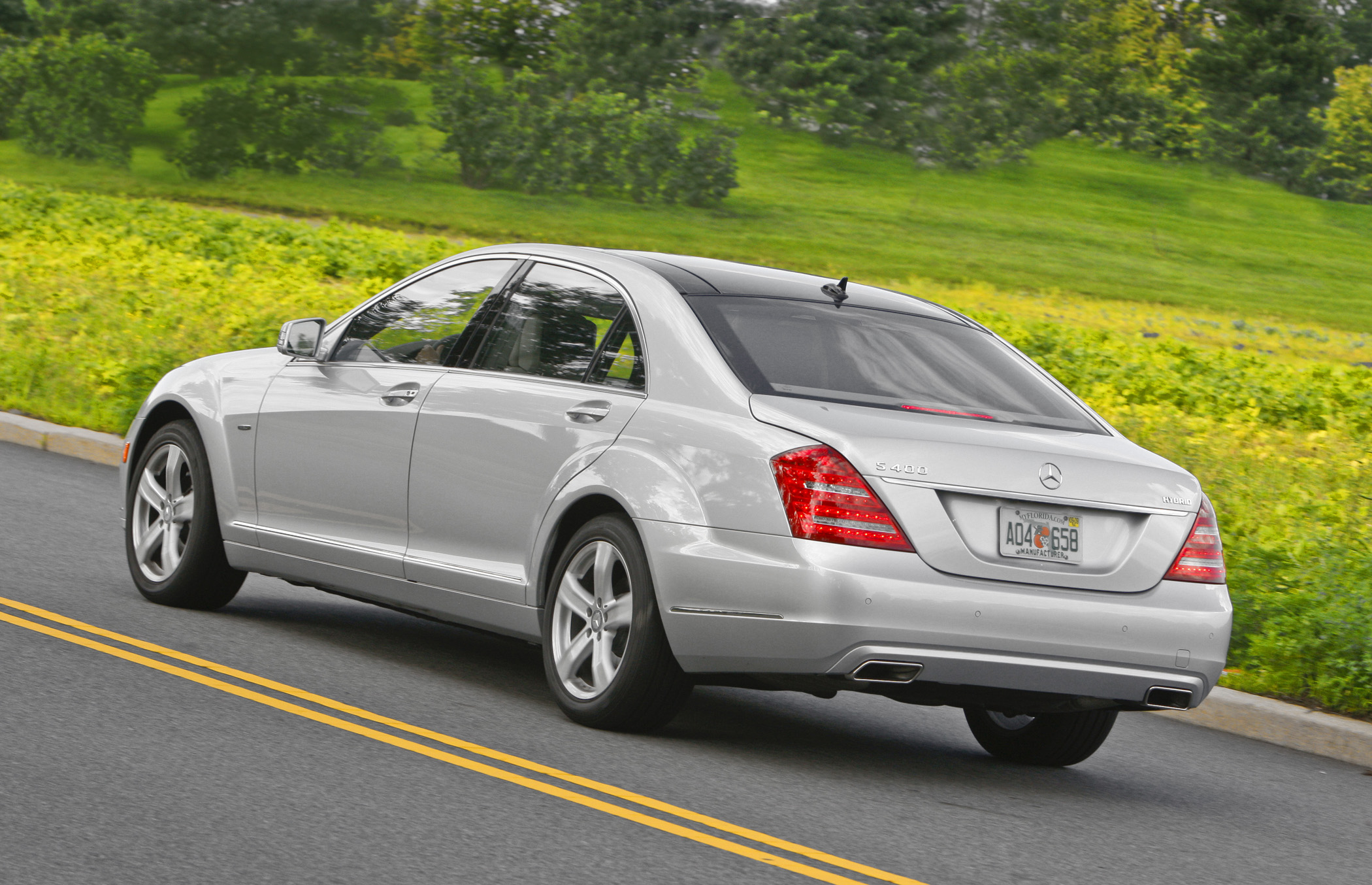 Not only does the electric motor generate 20 horsepower on its own, the electric motor also produces an impressive starting torque of 118 lb.-ft. The 275-horsepower Atkinson-cycle V-6 delivers 258 lb.-ft. of torque. A powerful onboard computer controls the hybrid system, recalculating the best operating mode 160 times per second.

The S400 is categorized as a "mild hybrid" with its gasoline engine and electric motor working together for responsive performance, and the rear-wheel-drive sedan includes a specially configured seven-speed automatic transmission, a transformer to power the 12-volt vehicle system and intelligent operating electronics.

The hybrid system has a convenient start-stop function that turns off the gasoline engine below 9 mph when braking to a stop. When the S400 Hybrid is at a traffic light, for example, the gasoline engine is off, but the AC compressor and steering pump are operated electrically, so the air conditioning and power steering continue to function fully. When the brakes are released, the gasoline engine starts automatically, and works with the electric motor producing a seamless performance.

The Mercedes-Benz S400 Hybrid provides the same interior spaciousness, luxury and convenience features offered in all other S-Class models. For 2011, it rides on 10-spoke, 18-inch wheels and "Hybrid" logos on the trunk lid and dash, as well as BlueEfficency badging on the front fender quarters. Eucalyptus wood is also new for 2011.

The 2011 S400 Hybrid allows the Mercedes loyalist to enjoy the benefits of one of the finest four-door luxury sedans globally available while leaving a smaller footprint on the environment. It may not be the ultimate solution to ecological issues, but it is certainly a positive step forward.