Mazda's latest introduction to the North American marketplace might well be designated as "Zoom-Zoom Concentrated". Though new to American soil, the 2011 Mazda2 was actually first launched in 2007 and sold in Australia, Europe and Japan. 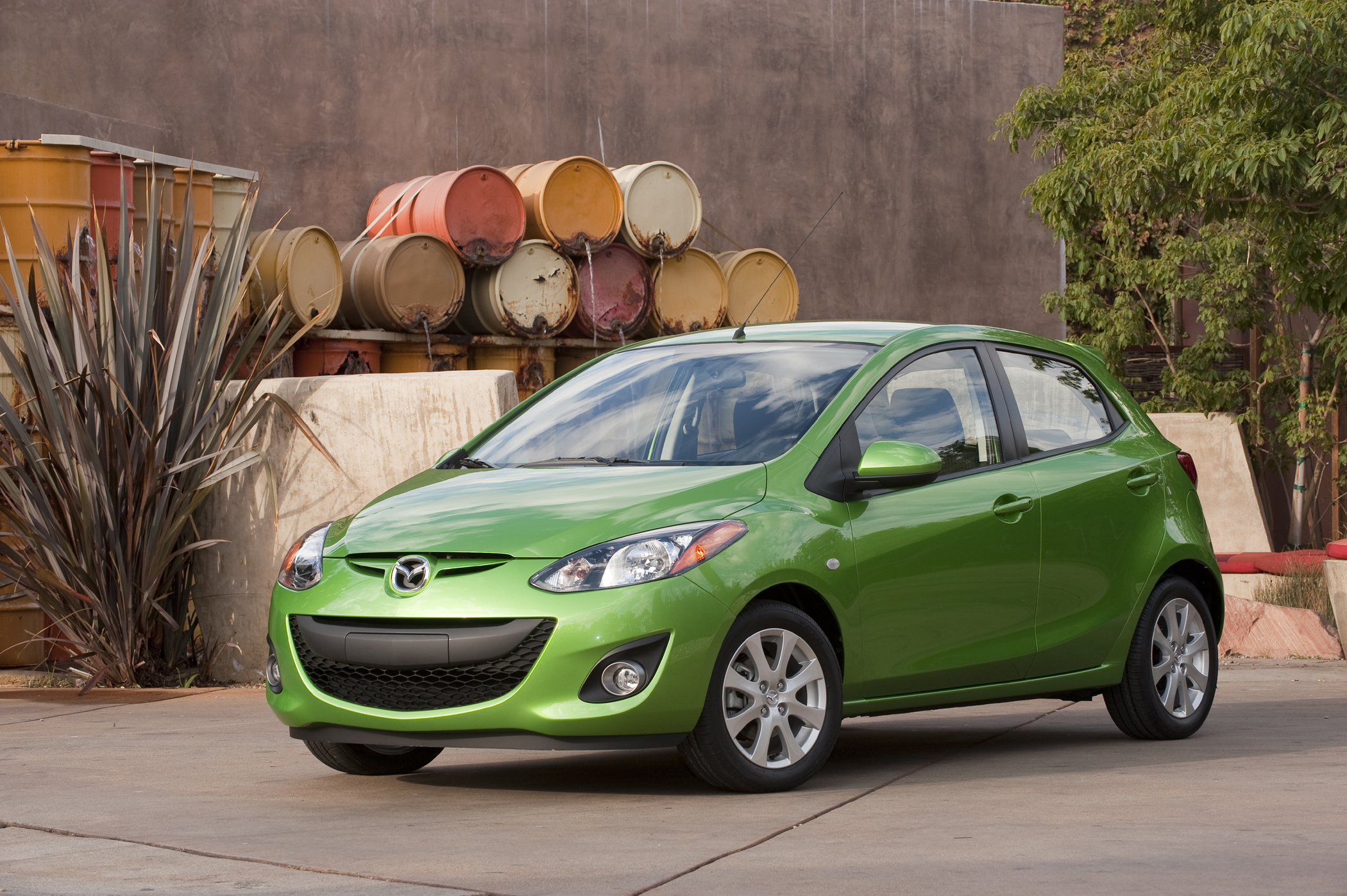 The 2011 Mazda2 is both practical and affordable, making it an ideal prospect for consumers ranging from single, school-age drivers to young couples just starting a family (or not).

The subcompact Mazda2 is a 5-door hatchback that is available in two models: Sport and Touring. Sport models begin pricing at $13,980 and Touring models start at $15,435. Both trim levels are powered by an all-new 1.5-liter 16-valve inline four-cylinder with VVT and electronically cooled fuel injection.

The four-cylinder motor makes 100 horsepower at 6,000 rpm while generating 98 lb.-ft. of torque at 4,000 rpm. Power for both models is delivered through either a five-speed manual gearbox or a four-speed automatic transmission that is optionally available for $800.

In terms of its all-new styling and design, the Mazda2 displays an exaggerated wedge form, with short front and rear overhangs. There is a pronounced front fender arch that wraps from the nose to just below the A-pillar and the sharply rearward angled windshield. 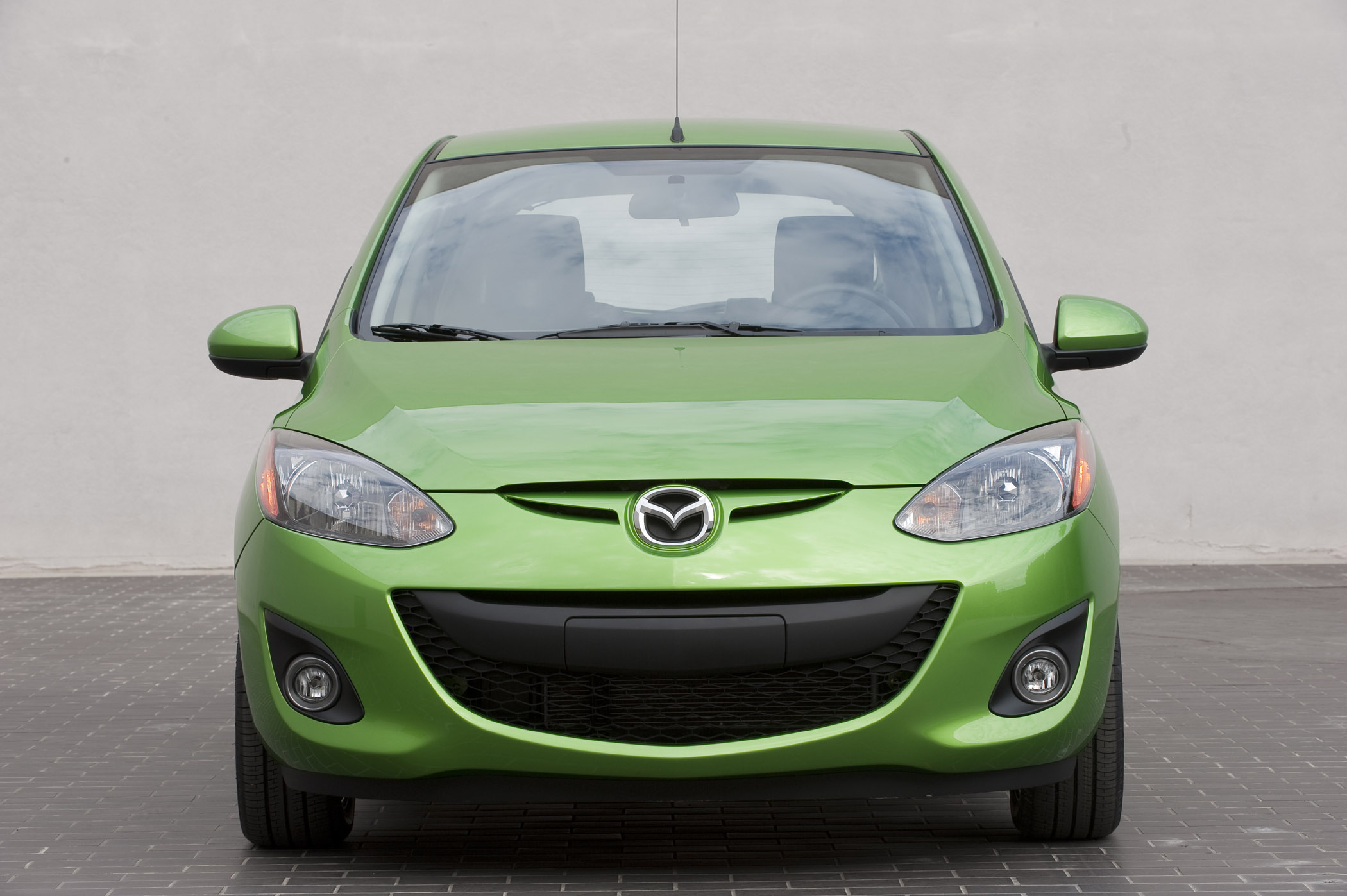 Up front is Mazda's signature "smiley-face" grille opening topped by a functional "wing-shaped" air intake featuring the Mazda logo. Despite its four doors, the Mazda casts the image of a coupe with its "blacked out" B-pillar. Both models feature a black cloth interior. The Sport model comes with a design insert and the Touring model features a Red piping accent trim.

My test Mazda2 came in Touring trim with the 5-speed manual gearbox. The exterior was sprayed in bright Spirited Green metallic, and the interior sported the Black with Red piping. The base price was set at $15,435. While the as tested price amounted to $16,185. Available accessories include a rear bumper guard, wheel locks (Touring models only), all-weather floor mats, cargo net, center console with armrest and auto-dimming rearview mirror with compass, HomeLink and orange backlit buttons.

The 2011 Mazda2 is appealing to the eye in a "cute" sort of way. It is diminutive in its overall size on the outside, while managing to provide plenty of room inside for lengthy treks.

It is also fun to drive, with a pleasing ride quality. The handling characteristics deliver an agile feel. The Mazda2 isn't a sports car mind you, but it still manages to serve up a smattering of "Zoom-Zoom" attitude and soul in its most concentrated form. It fits into an "opulence is out and sensible is in" genre.

Mazda2 delivers good fuel economy with five-speed manual transmission models yielding 29/35 mpg (city/highway). Models equipped with the available four-speed automatic transmission will return 27/33 mpg. It is the most fuel-efficient car in Mazda's lineup today, and the highest fuel efficiency of any Mazda vehicle offered in North America to date.

Mazda2 is the first Mazda vehicle to be launched in North America with Mazda's Brake Override system. This system always prioritizes the brake pedal over the accelerator pedal, should both happen to be engaged simultaneously, which allows the vehicle to be brought to a safe stop.

Bringing the Mazda2 to the U.S. market seems to be a good way to get in touch with one's "Inner Driver."