The popular 2011 Ford Fusion Hybrid continues to reign as the most fuel-efficient midsize sedan in America. Propelled by a powertrain system that blends the positive attributes of a gasoline engine and electric battery-driven motors, the Fusion Hybrid achieves 41 miles per gallon in city driving. 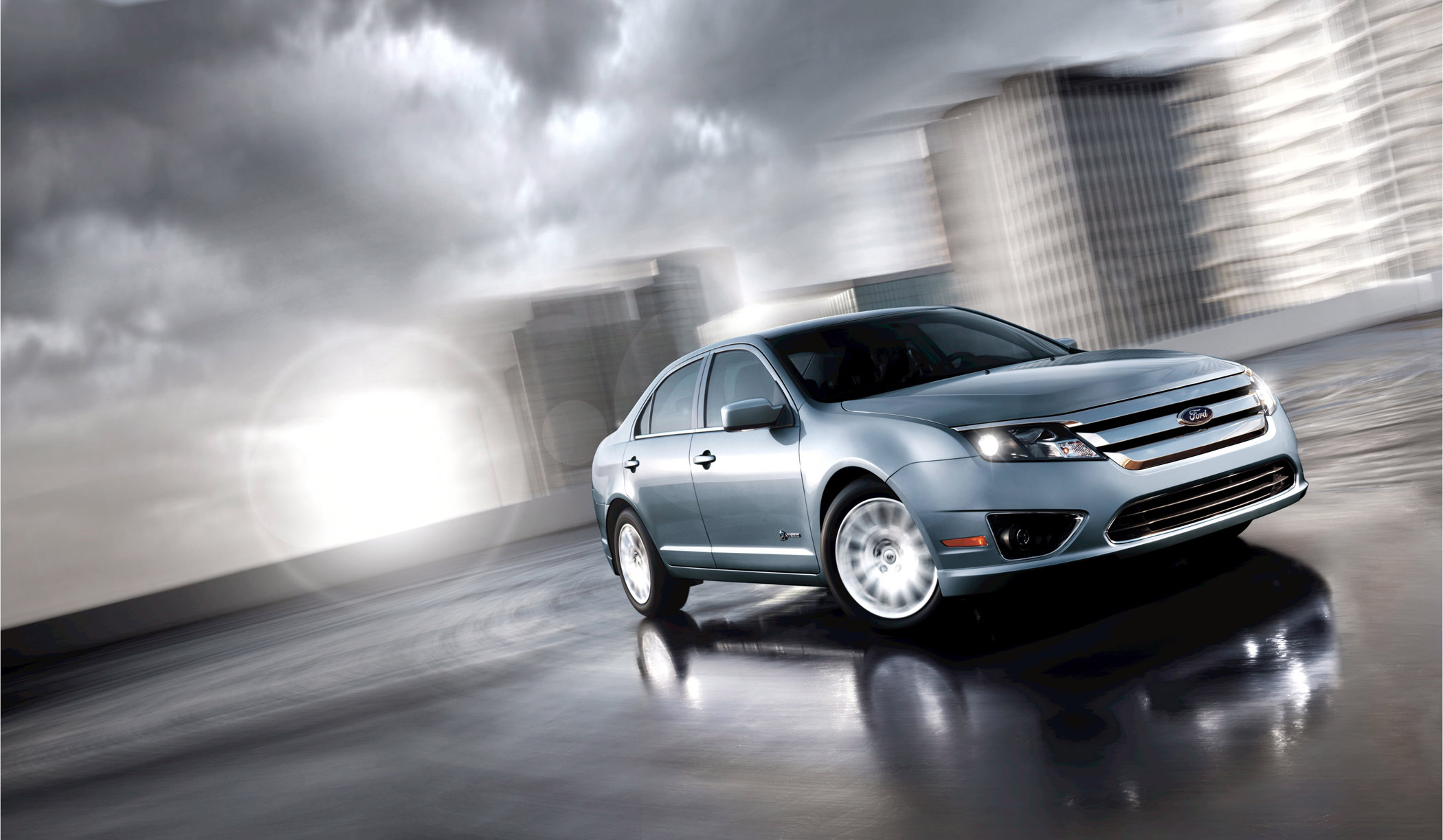 Manufacturer photo: The 2011 Fusion Hybrid uses a powertrain system that combines the best attributes of the gasoline engine and electric battery-driven motors to deliver an optimal experience in driving performance and fuel economy

Ford's hybrid system automatically transitions between gas and electric power sources in an efficient and seamless manner. The new Fusion Hybrid is capable of operating of operating up to a speed of 47 mph exclusively in a purely electric mode -- nearly twice as fast as some competitive vehicles.

Fusion Hybrid drivers can connect personally to the hybrid driving experience through Ford's SmartGauge with EcoGuide, which is a unique instrument cluster display that helps coach owners on optimizing the efficient performance of their hybrid. SmartGauge with EcoGuide consists of two high-resolution, full-color LCD screens on either side of the analog speedometer. EcoGuide utilizes a multi-layered approach in guiding the driver toward maximum fuel efficiency.

There is a tutorial mode integrated into the display that assists the driver in learning about the instrument cluster and the Hybrid operation in a non-overpowering and whimsical way. "Efficiency leaves" grow, along with vines to indicate the driver's efficient operation of the Fusion Hybrid. 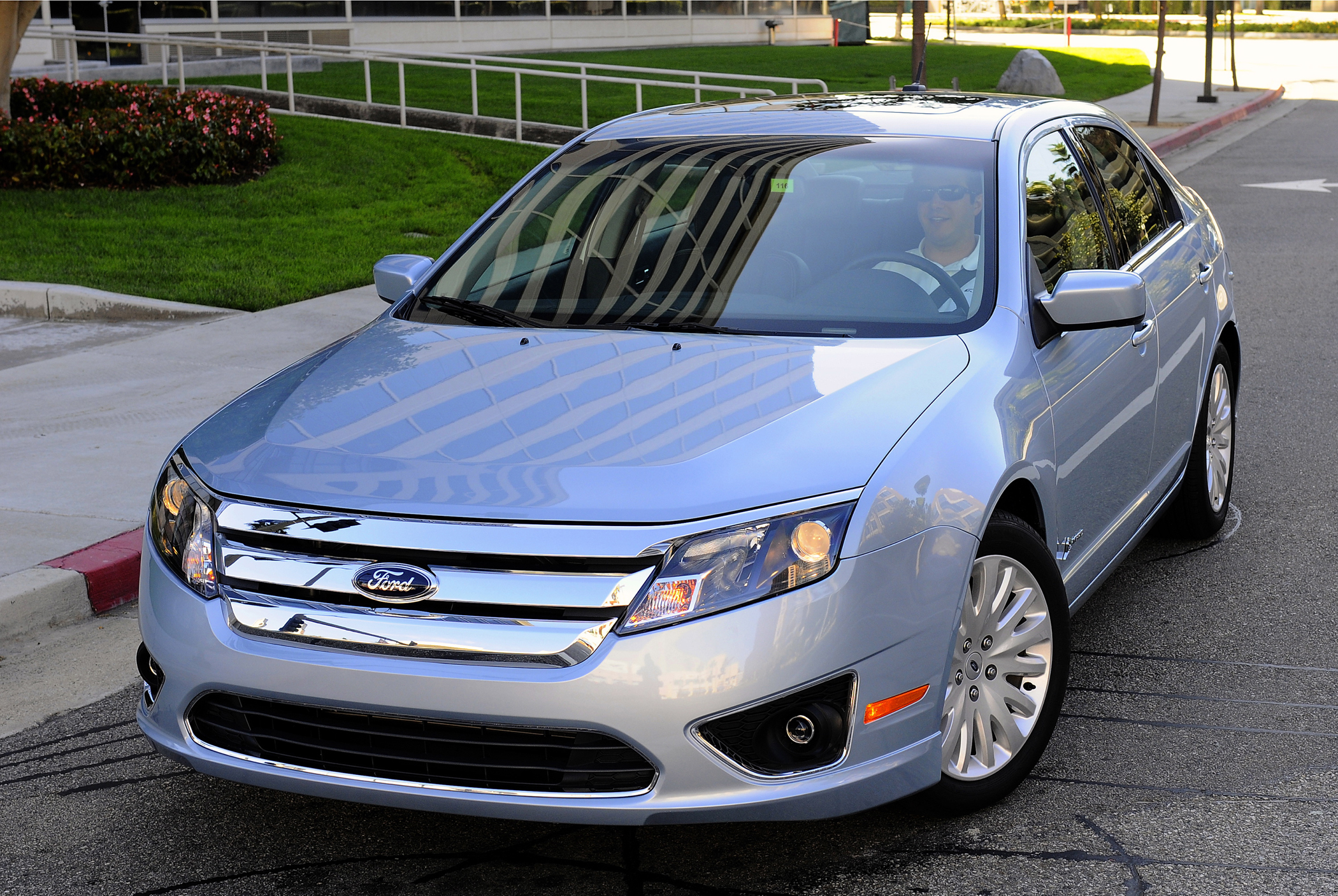 The 2011 Fusion Hybrid is styled nearly identical to its conventionally powered Fusion sibling -- with only the Hybrid-leaf badging indicating its uniqueness. The Fusion Hybrid showcases a bold frontal appearance and sleek overall form with sculpted character lines and contours.

My test Fusion Hybrid sported a Red Candy metallic tinted clearcoat exterior, complemented by a Charcoal Black leather interior with chrome and machined trim accents. The base price was set at $28,100.

The Fusion Hybrid drives and handles like its gas-powered counterparts, except for shutting down when stopped, and when running exclusively on electric power up to its limit.

The ride quality is quite comfortable and the interior ambience is inviting and appealing. Handing attributes are agile and responsive, and the regenerative braking is both sensitive and instantly reactive. 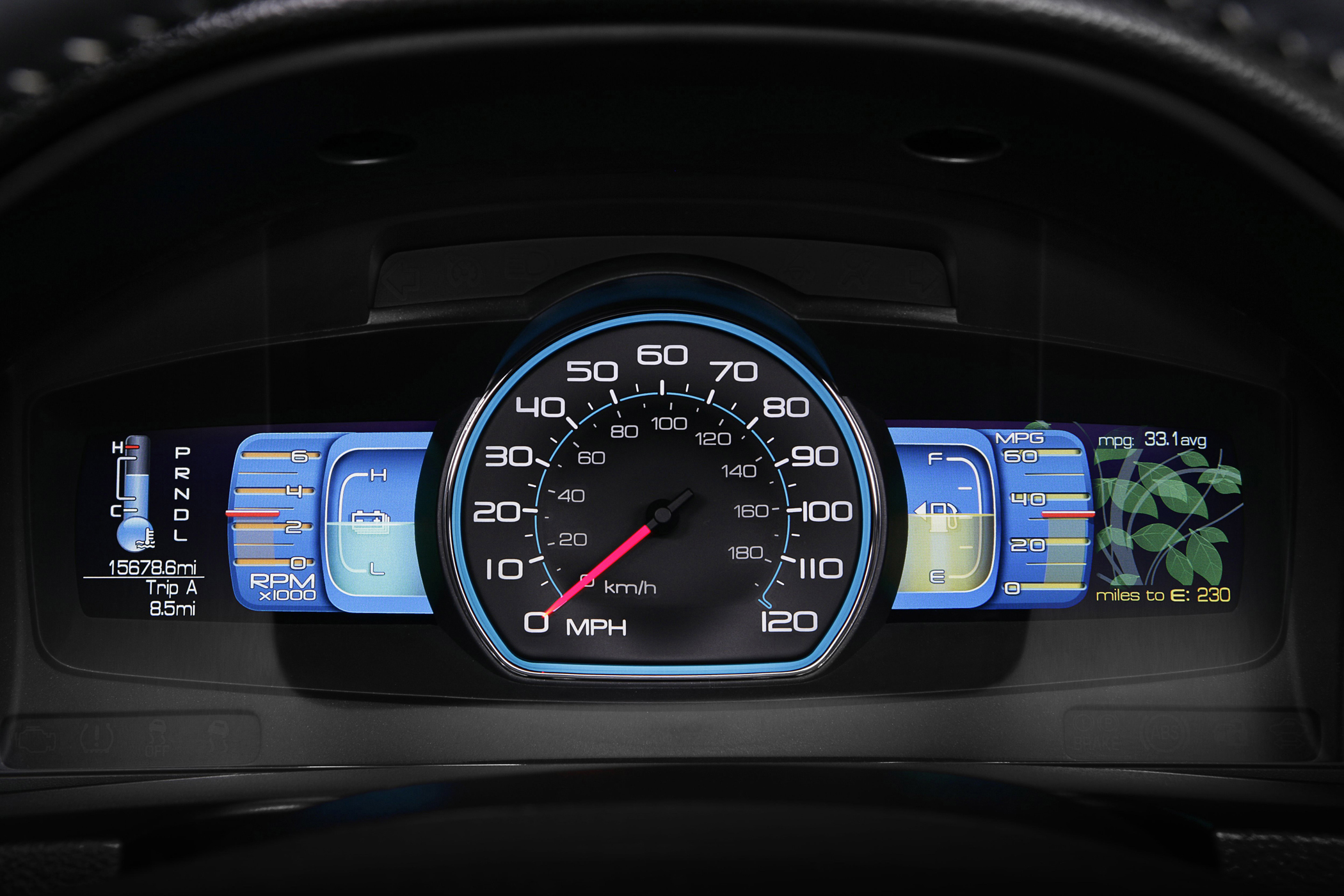 The Fusion Hybrid features all of the usual Ford connectivity systems such as with SYNC voice-activated communications and entertainment system with Traffic, Directions and Information and Sirius satellite radio.

I found only one negative issue to nitpick about: my long legs and the left side of the center stack were not in a pleasant union. A more rounded or padded surface would have been appreciated. Aside from the console/leg issue, I found the Ford Fusion Hybrid to be enjoyable and pleasant to drive in both city and highway scenarios, and the price certainly seemed reasonable, considering the equipment and feature content level.