The all-new 2012 Volkswagen Passat SEdan has a lot going for it. It may not be as sporty as VW's GTI or as sexy as the CC, but the attractive Passat serves up traditional German engineering excellence, even though it was designed specifically for the U.S. market. 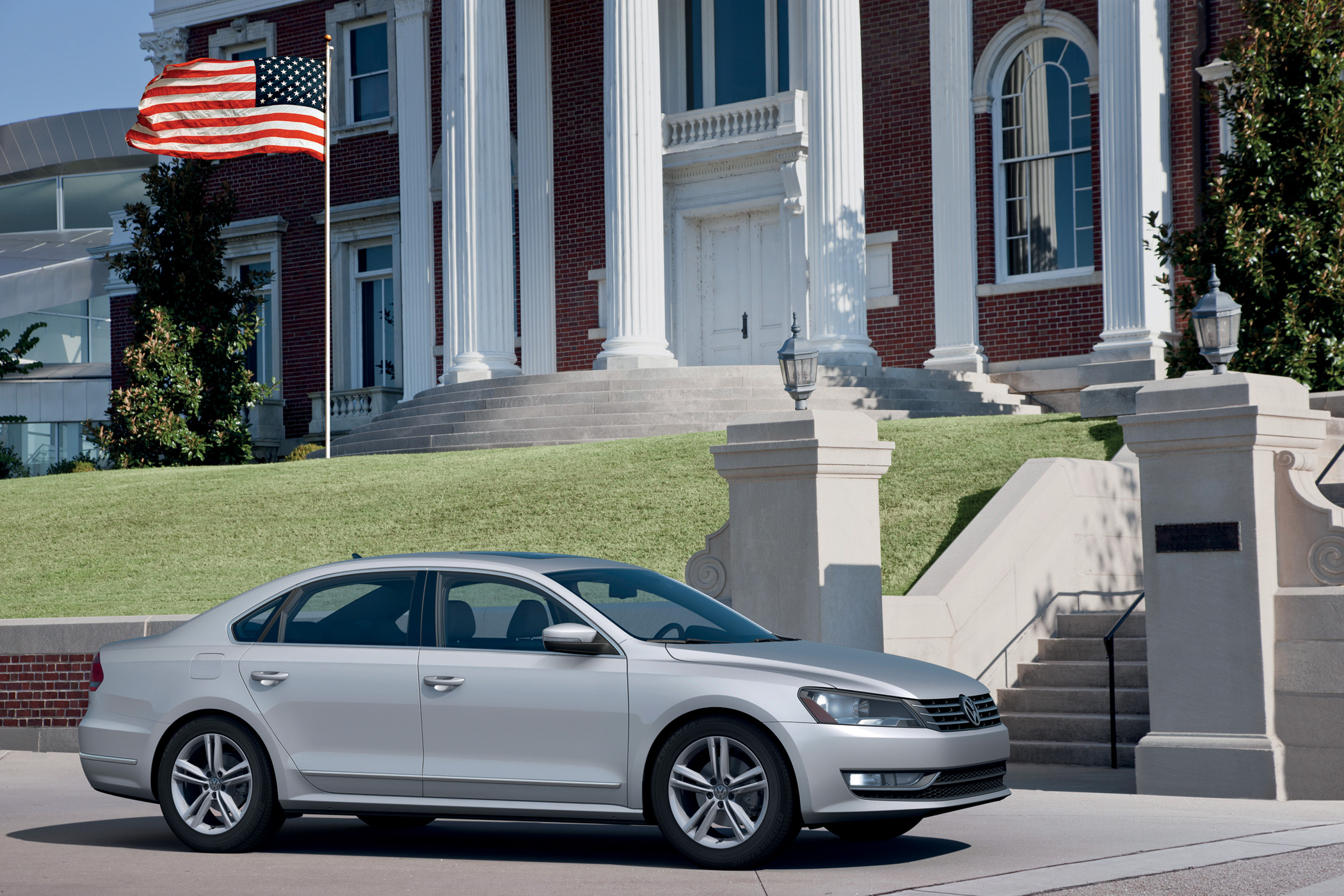 Manufacturer photo: The 2012 Passat is developed as a larger vehicle with premium features and handling characteristics that perfectly matches it with the tastes and lifestyles of Americans

The Passat is built right here in America in the brand new VW plant in Chattanooga, Tenn. Passat trim levels include: S, SE, SEL and SEL Premium. The 2012 Passat's starting price is $19,995.

The Passat comes with a high level of content in standard premium features that include automatic dual-zone climate control and Bluetooth. It also offers the only clean diesel option in the midsize market segment with a manufacturer estimated best-in-class 43 mpg highway mileage with nearly an 800 mile range.

The base engine is a 2.5-liter, 170-horsepower inline five-cylinder. Next up is a 2.0-liter four-cylinder Turbo Diesel with Direct Injection (TDI) that generates 140 horsepower, while also delivering 236 lb.-ft. of torque. The third powerplant offering is a 3.6-liter VR6 that produces 280 horses and 258 lb.-ft. of torque.

The 2.5-liter four-cylinder engine mates to a six-speed manual transmission with an optional automatic available. The 2.0-liter TDI also comes with a choice of stick or auto six-speed gearboxes, with a beginning sticker of $25,995. The beginning price for the 3.6-liter VR6 is $28,995. 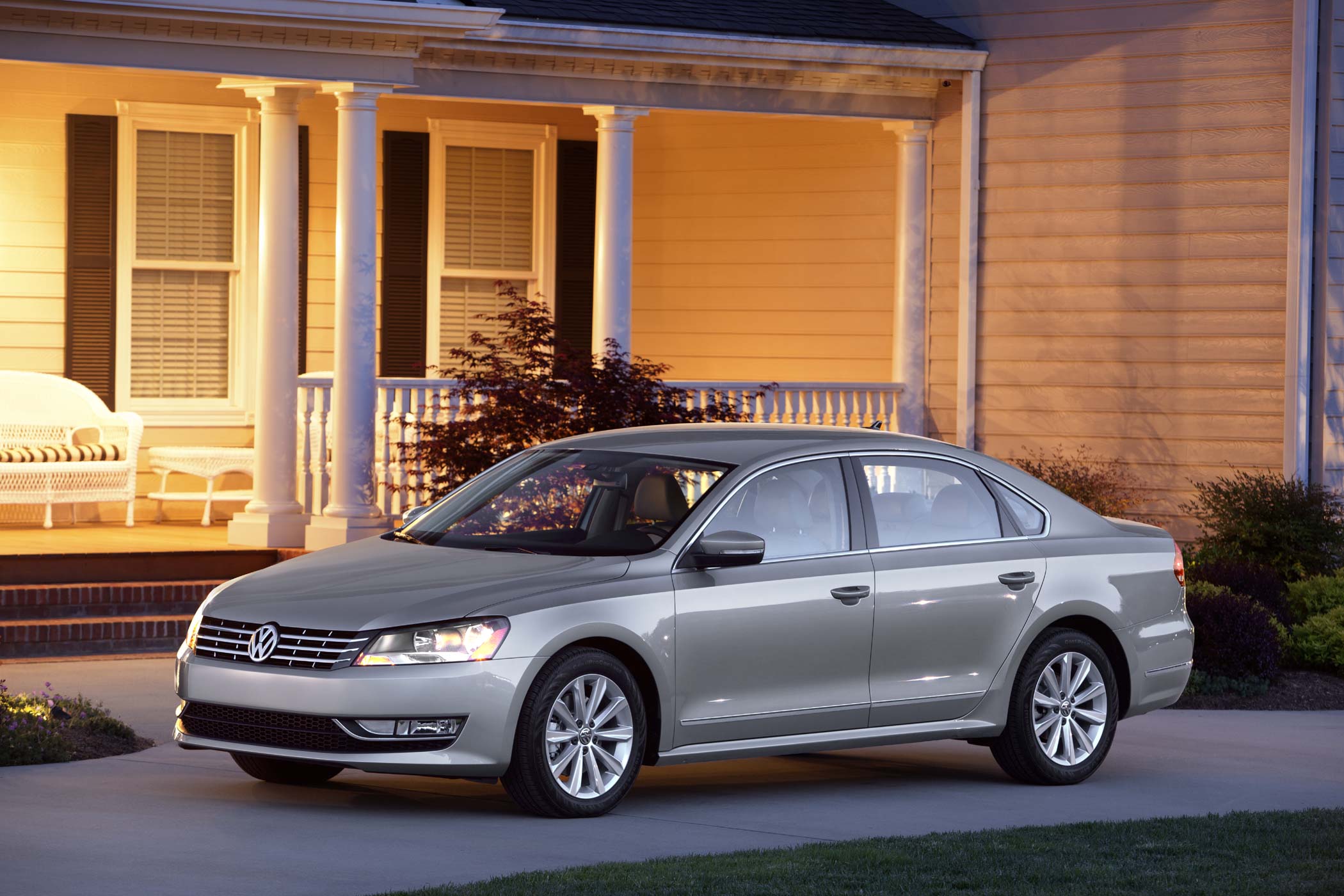 The 2012 Passat is the largest ever produced, while maintaining balanced proportions in a timeless and dominant style. The grille is sculpted in a three-dimensional form and more upright position. From the side of its coupe-like appearance, highly pronounced wheel arches emphasize the dynamic properties of the aerodynamically flowing roofline and strong, rising horizontal character line and door cutlines.

The Passat's interior exemplifies a look and feel generally only found in more expensive vehicles. The structure is clean, simple and geometrically formal with chrome-trimmed gauges and the use of premium quality materials, utilized in an old world craftsmanship execution. Seating is highly comfortable and all switchgear is ergonomically placed for optimum user friendliness.

I was able to experience time behind the wheel of only a couple of examples of pre-production 2012 Passats, spending the most time in a 2.0-liter TDI Clean Diesel in SEL Premium trim with an automatic transmission. The exterior was finished in a Titanium metallic with a Bone and Charcoal leather interior featuring polished wood trim accents.

There is very little physical evidence that the engine is a diesel when going down the road. Only a very slight diesel note is perceptible at idle. The impressive amount of torque on tap enables the Passat to propel itself quite rapidly, while gear changes may be made automatically or manually in a positive manner.

The quality of the ride is very pleasant and comfortable without being either too soft or too firm. Handling attributes are in the sporty category with a pleasing level of agility noted during spirited maneuvers.

The standard equipment and features inventory is impressive in its own right, including a host of safety oriented technology, as well as comfort and convenience items in selected value packaging.

The 2012 Volkswagen Passat turbo diesel is truly all-new and represents a definitive step in the right direction toward a cleaner and more efficient vehicle status that will ultimately benefit the environment, while providing luxurious accommodations in a sensibly affordable packaging. The new Passat will go on sale this fall.