Scion calls its newest model to join the lineup the world's smallest micro-subcompact car. It's the 2012 iQ. 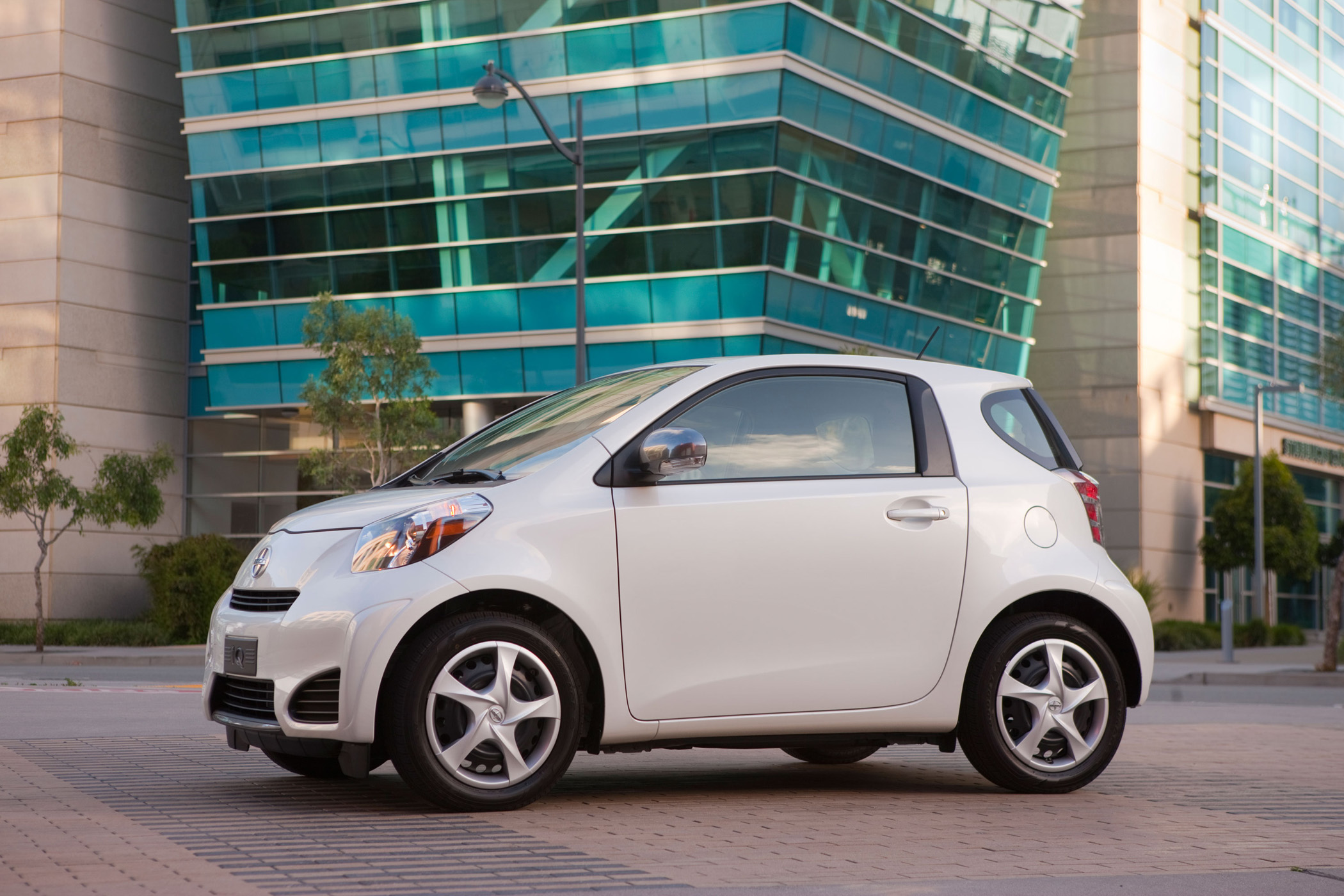 Scion wants the new iQ to become the choice of urbanites who want innovative, unique transportation without sacrificing style, functionality or comfort. The iQ was designed to provide a level of versatility and comfort in a small vehicle that consumers have come to expect from a car twice its size.

The iQ comes with an industry-leading 11 standard airbags, including the world's first "rear window airbag" -- and a Scion-first -- driver and front passenger seat-cushion airbags. The iQ also includes the Toyota Star Safety System.

In order to achieve it's small footprint, the iQ development team relied on intelligent design rather than sacrificing either feature content or comfort. Employing six new engineering innovations attained the iQ's small size.

First, was a compact front-mounted differential, followed by a high-mount steering rack with electronic power steering. Next came a compact air-conditioning unit, all of which contributed to a significant decrease in front end length. Additionally, the iQ is fitted with a flat gas tank housed beneath the floor, reducing rear overhang. 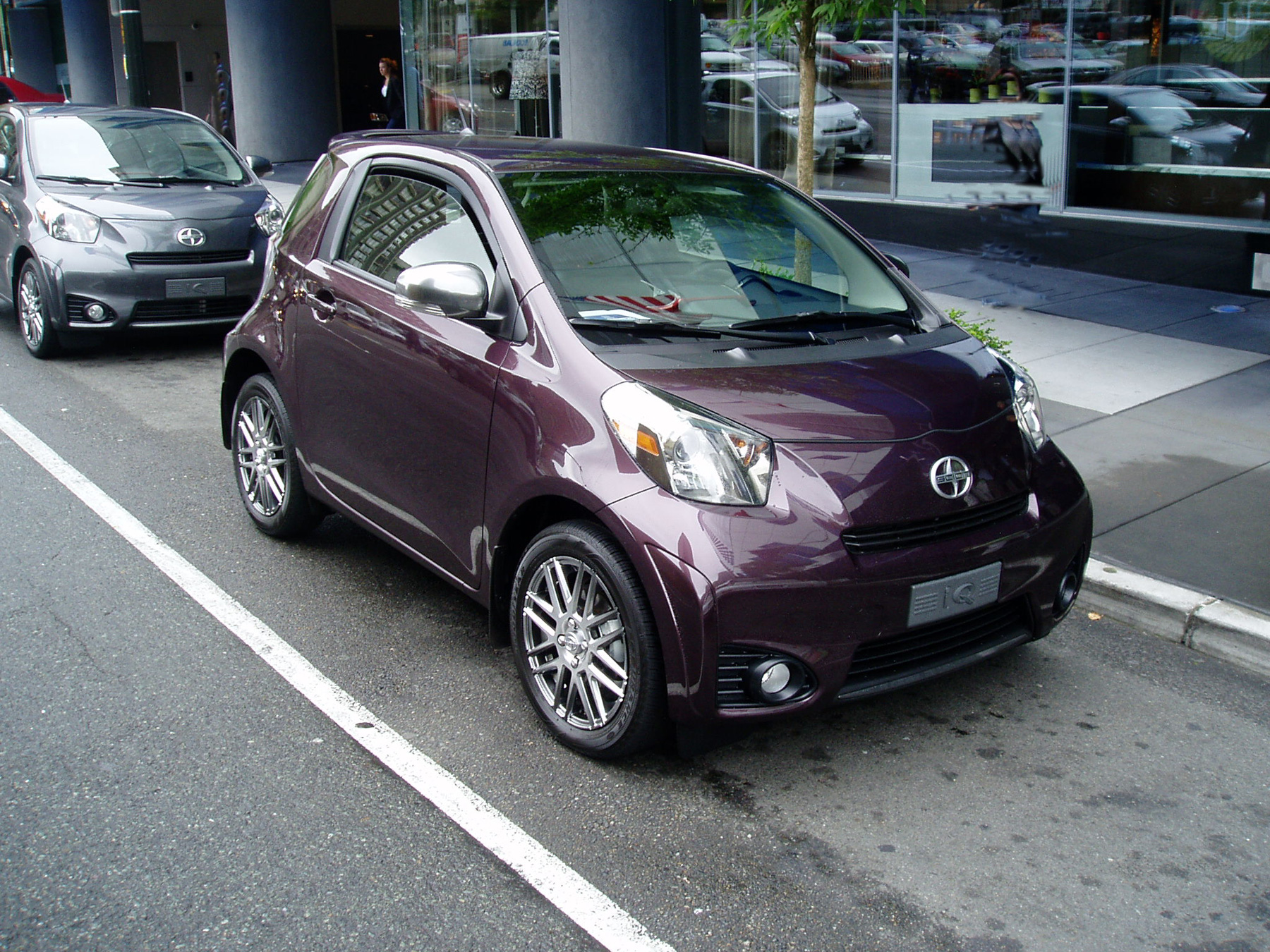 Slim back front seats maximize rear legroom along with an innovative seating configuration -- a "3+1" offset arrangement that allows one adult to sit behind the front passenger, while a child or small package may be positioned behind the driver.

In profile, the Scion iQ displays a pronounced high beltline that slopes from the large bold headlamps, up through the A-pillar, across the roof and wrapping around the rear, showcasing the overall geometric form. Trapezoidal lines characterize the rear end, running toward the wheels, from the hatch to the rear bumper's diffuser-like accent. And, despite the iQ's minimal 10-foot length, it has a 66.1-inch wide stance that results in larger car handling characteristics.

The 2012 iQ is powered by a 1.3-liter four-cylinder with that produces 94 horsepower at 6,000 rpm along with 89 lb.-ft. of torque at 4,400 rpm. It mates to a CVT-i automatic transmission that delivers motive force to the front wheels.

My test 2012 Scion iQ with a base price of $15,265 sported a rich Black Currant metallic exterior finish and an interior done in Charcoal and Gray tones with patterned cloth seating. 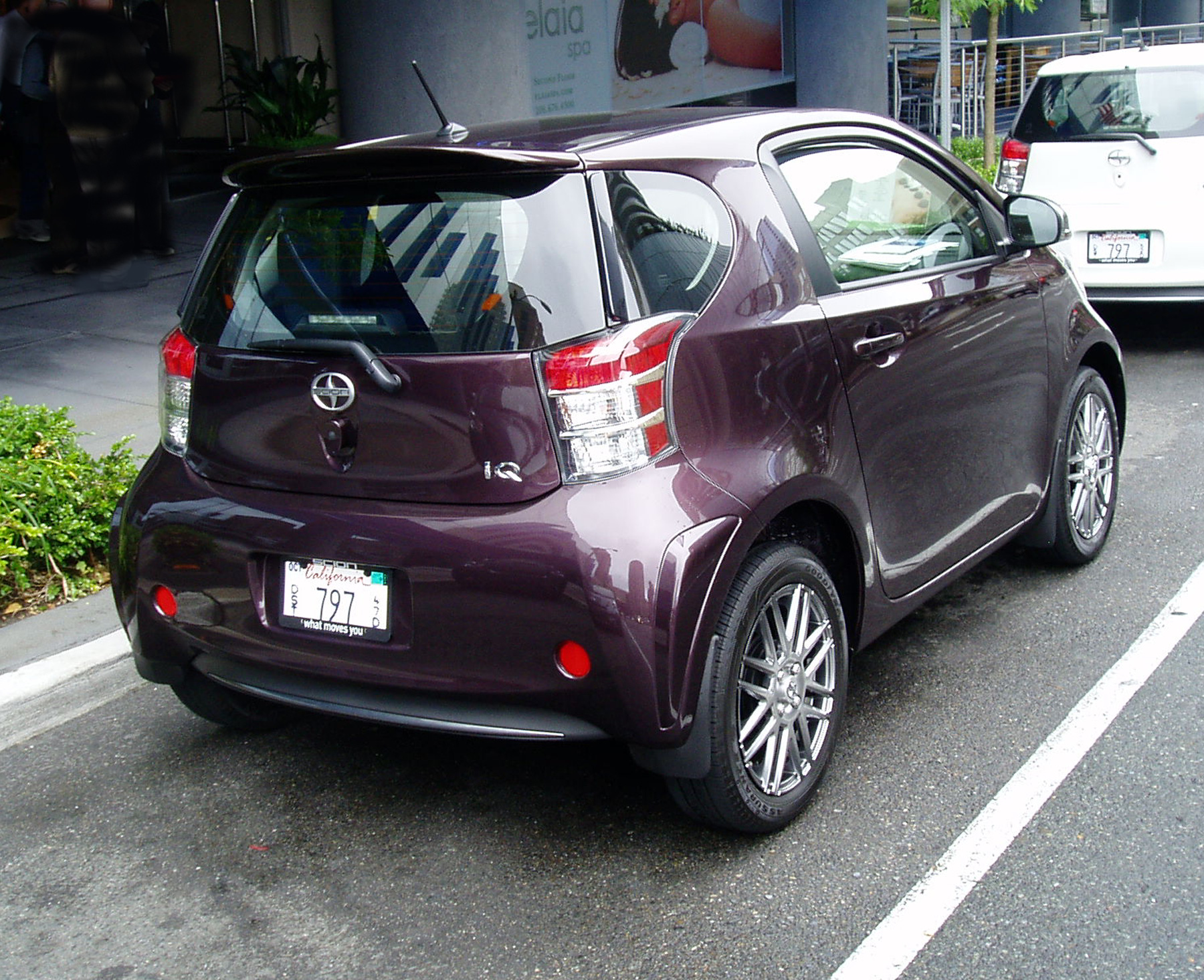 Stepping inside, the new iQ seems much larger than it appears. The I-4 cranks out a satisfying level of horsepower for its size. The car's lightweight makes it an absolute hoot to drive, while its diminutive measurements render it extremely maneuverable, with an exceptionally tight turning radius. The ride quality is surprisingly compliant without being either too firm or too soft.

There are innovative touches that add to the appealing flavor of the iQ, such as the pivoting dome light, electric, speed sensitive power steering, removable cargo storage tray, under seat front passenger storage bin, joystick audio control and an asymmetrical dashboard. There is no spare tire, but rather a small on-board compressor and spray sealant to affect a temporary repair.

The iQ competes in the marketplace with the smart fortwo, Fiat 500 and Mini Cooper. In a word, the iQ is "smart."