Not much about the basics of full-size pickup trucks has changed in the past few decades. The one thing that is in flux though, is demand for them: when gasoline prices climb many "casual" pickup buyers -- those who don't use a pickup for work purposes -- find other, more fuel-efficient options. 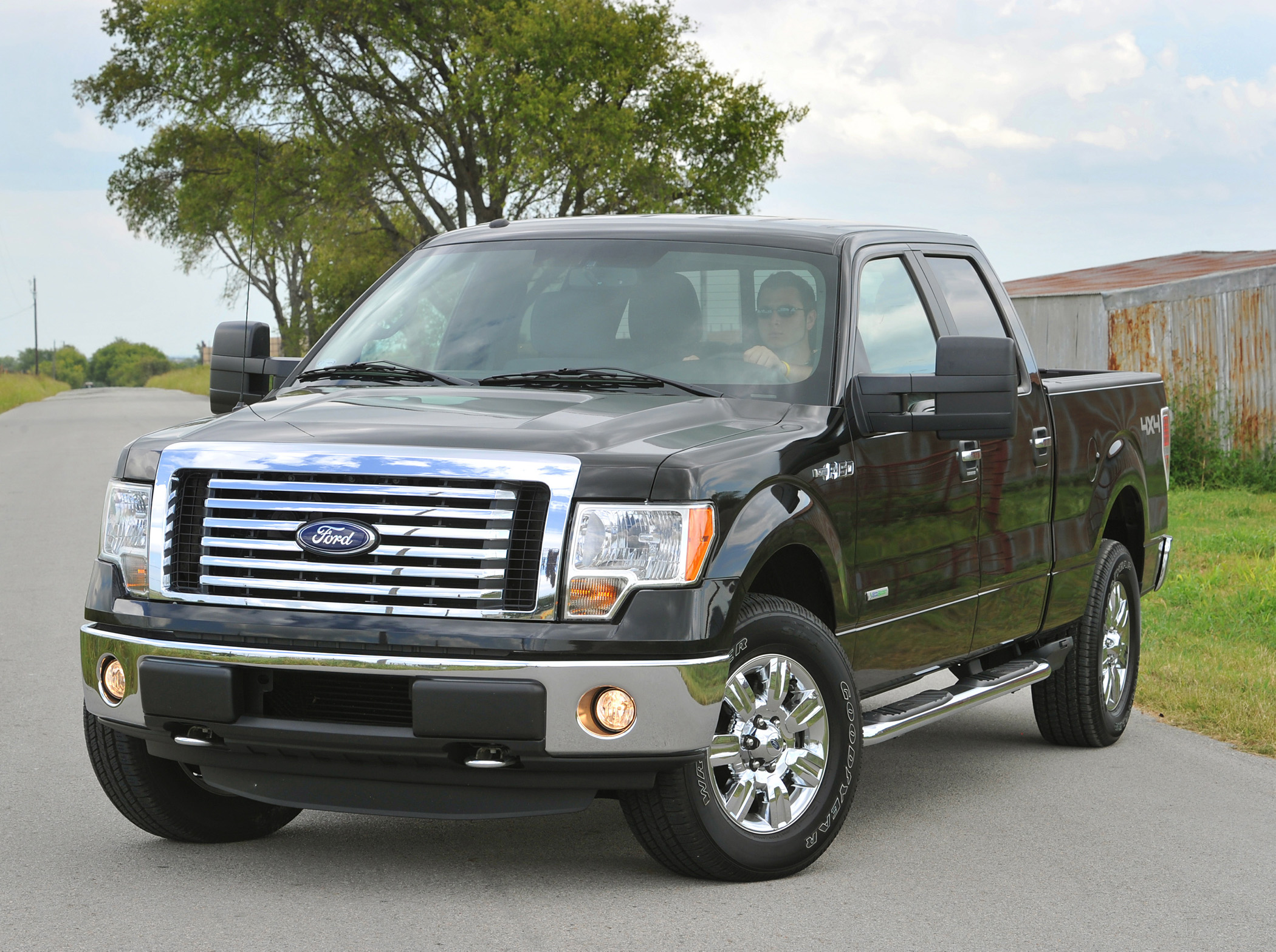 Ford decided to do something about the crisis trucks face as consumers become more cost- and environmentally concerned. Ford took a look at the gas-thirsty V-8 engine and asked, "Why?"

It didn't hurt that Ford already had an answer: EcoBoost V-6 engine technology, which combines direct-injection fueling and turbocharging to enable smaller engines -- in this case, the 3.5-liter V-6 Ford uses throughout its empire -- to replicate the power of larger engines when needed, all the while presumably using less fuel.

The jury's going to be out a while regarding just how much fuel's getting saved (Ford claims "up to 20 percent"), but one thing's certain: the EcoBoost V-6 engine gets down to business at least as well as, if not better than, Ford's own V-8. 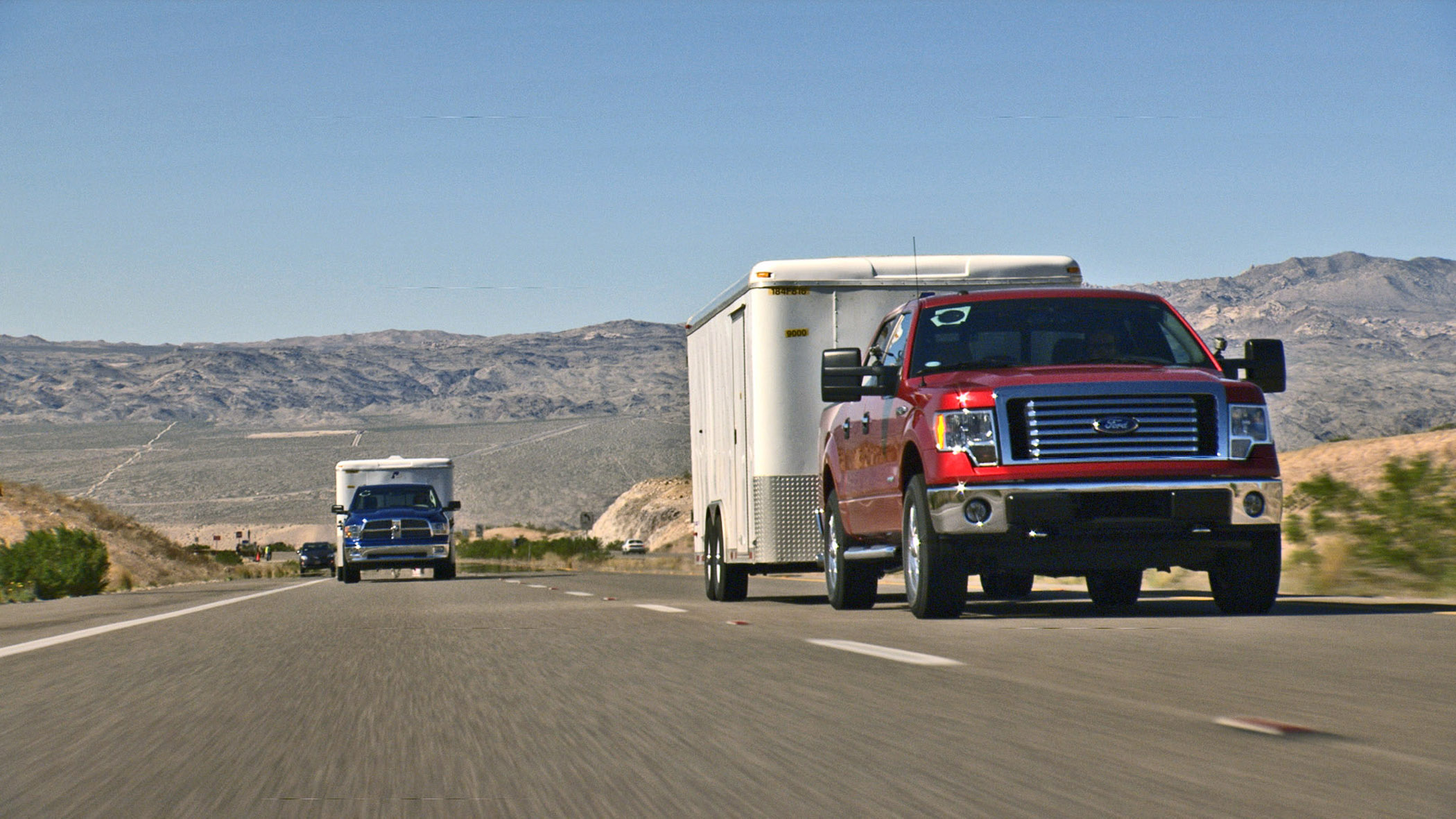 Then there's the economy matter. Our 2011 Ford F-150 tester was the Supercrew 4x4, with a base price $39,615. It rated at 15 miles per gallon in the city and 21 mpg on the highway. The Environmental Protection Agency reports 14 mpg city and 19 mpg highway for the 5.0L V-8. So on paper, the more-powerful EcoBoost engine saves a couple of mpg compared with the V-8.

Whether that's reality, as we mentioned, will take time to determine. You're still moving upwards of 3 tons of pickup, which requires a certain amount of calories. Whether the EcoBoost V-6 can do it with fewer calories than a V-8 remains to be determined -- or, as they say in the biz, YMMV -- "Your Mileage May Vary."

A lot of cruise-controlled, high-speed highway miles netted us an overall efficiency (according to the F-150's obsessive-compulsively detailed trip computer) just slightly better than the 15-mpg city rating.

The EcoBoost is happy in its work. Depress your right foot at any time -- and at any speed -- the EcoBoost dials up thrust like you swat a fly. Smoothly, progressively and quietly. The standard 6-speed automatic never does anything but help, but we did trick it into a sporadic hiccup -- not unusual with today's transmissions constantly deciding what to do with all their gear ratios.

The F trucks have the most visually and tactilely pleasing interiors in the business, and we always marvel at the limousine-shaming amount of rear legroom in the Supercrew cab configuration. The downside to all that stretch-out room, of course, is maneuvering and parking a vehicle that's 20 feet long. 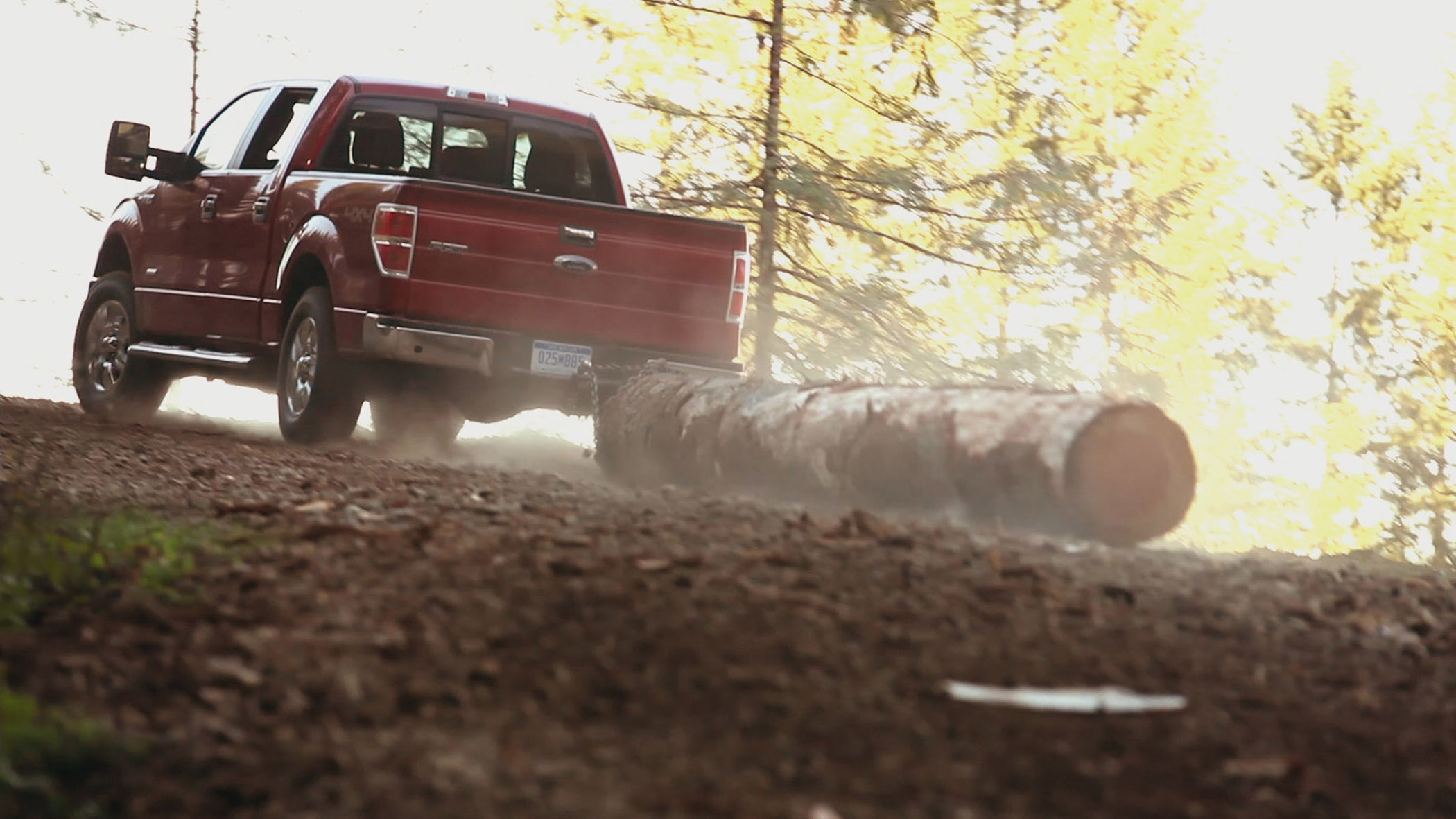 There was a lot of skepticism about whether pickup buyers would accept non-V-8 power. The EcoBoost with all of its capability seemingly has quickly dispatched with that. The fuel-saving potential apparently has struck a chord, too: in July 40 percent of all F-Series buyers chose the EcoBoost V-6. When that many pickup buyers willingly take a smaller engine with fewer cylinders, something's going on.