Buick's 2012 Verano is the brand's third new model within the last two years. And the all-new Verano also is the first compact entry into the luxury market segment for the GM marquee. 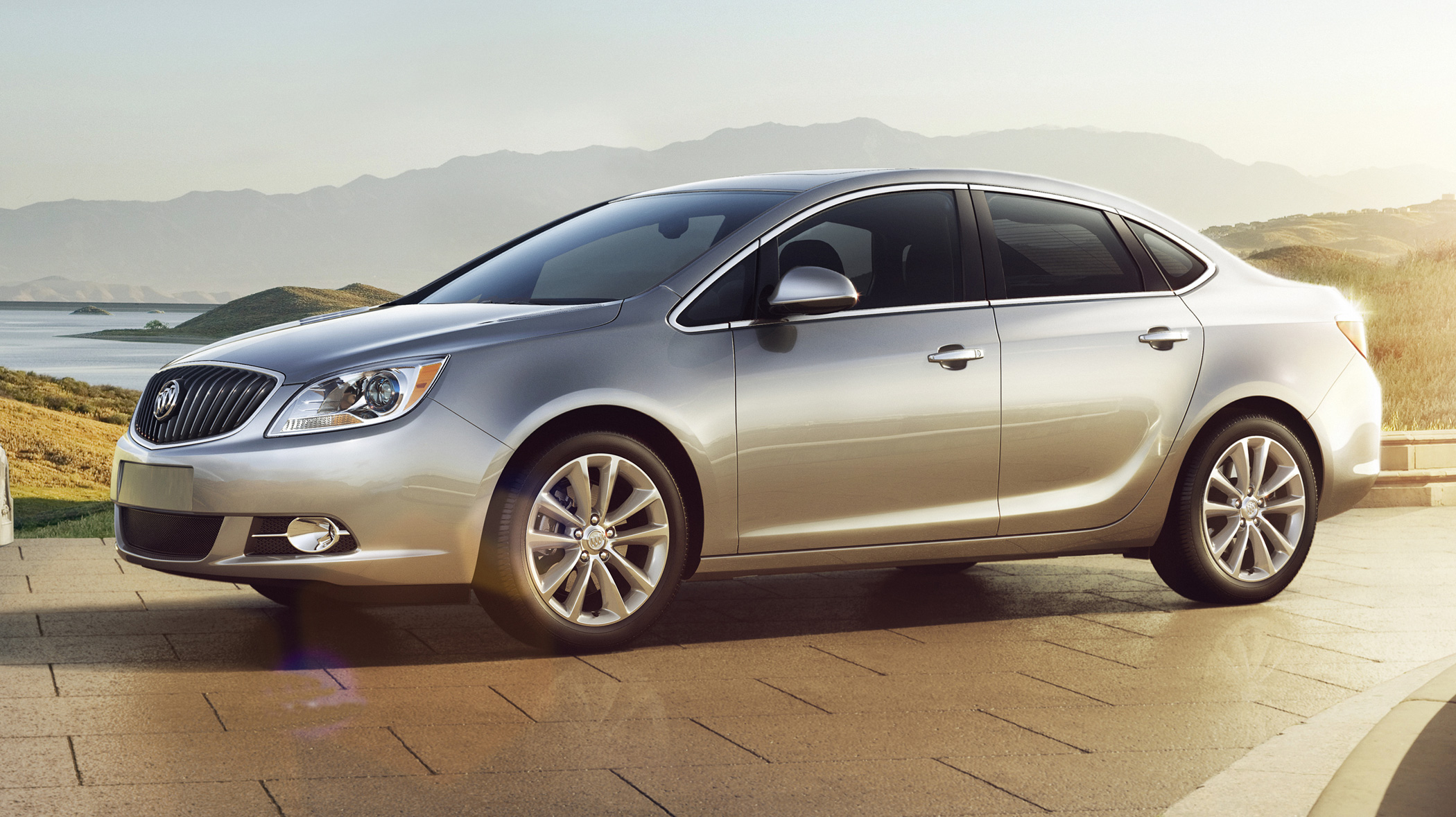 Verano might well be thought of as a mini-LaCrosse or Regal, serving up all the same luxurious amenities and technological features as its upper class siblings, just in a more diminutive and less expensive package. Its componentry is unique and specific, despite the fact that it shares its basic platform architecture with the Chevy Cruze.

The gracefully arched roofline flows from the sharply raked windshield to the sloping "C" pillars, showcasing a sporty overall profile. In essence, the design language of the compact Verano delivers all the refinement and detailed craftsmanship of Buick -- simply in a new, smaller size.

Verano comes in three trims starting at $22,585. The interior is inviting and luxurious, with premium seat comfort and support specifically tailored for the compact sedan. The overall execution is upscale in soft-touch materials and premium leather, complemented by state-of-the-art infotainment and connectivity. Metallic and wood trims warm the cockpit and cabin environment. 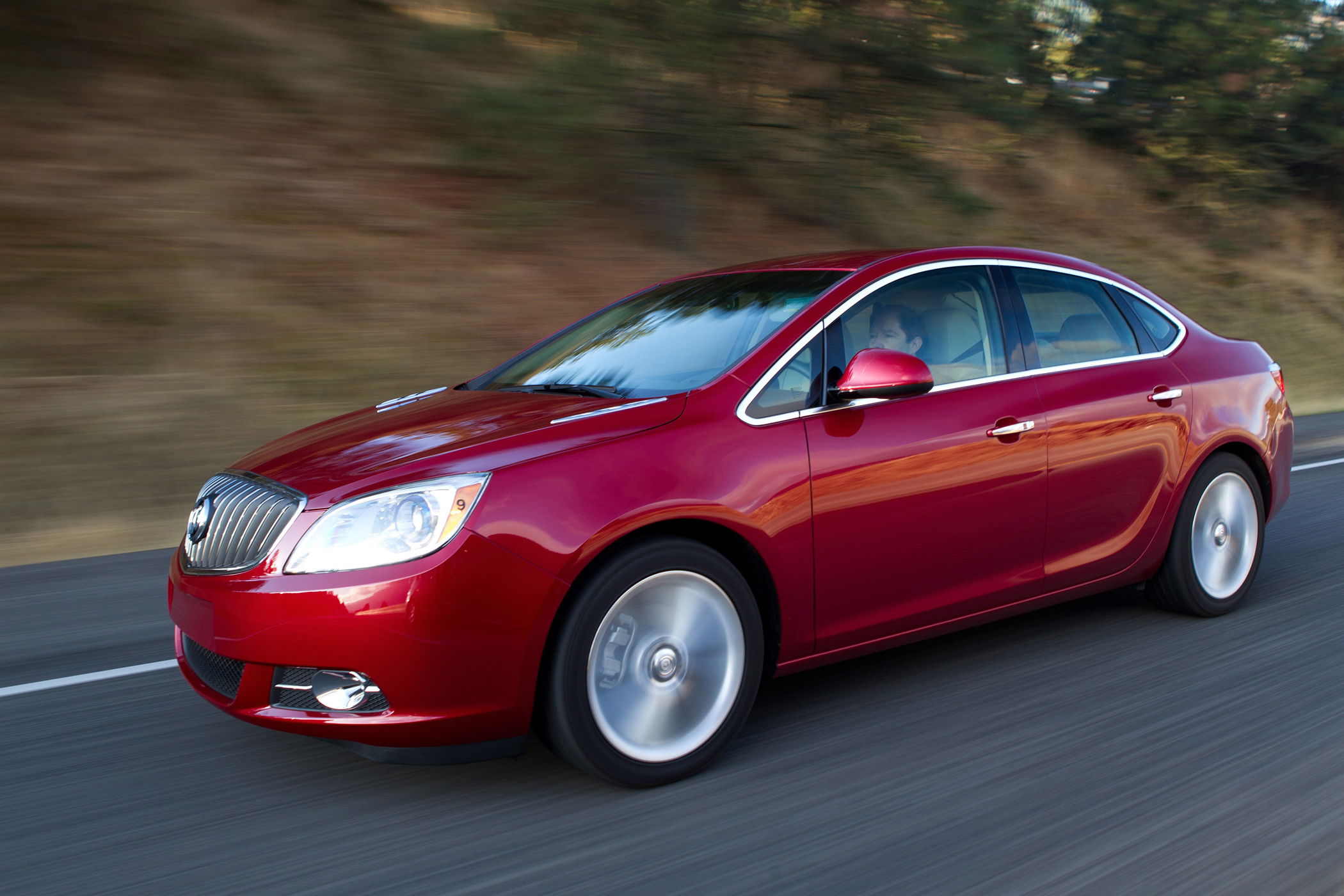 The instrument panel blends with an integrated center stack, housing the infotainment display, climate controls and radio controls. Neutral and medium titanium colors are offered on interiors with leatherette/fabric seating surfaces, while ebony, cashmere and a unique "choccachino" color are offered on available leather-trimmed interiors. The headliner cover is made from a knit material, as one of five layers of an acoustically designed headliner that helps in quieting the passenger compartment.

The 2012 Buick Verano is propelled by a same potent and fuel efficient 2.4-liter Ecotec, DOHC, 16-valve, VVT, Direct injection, in-line four-cylinder engine with E85 capability. The transversely mounted front engine delivers 180 horsepower at 6,700 rpm along with 171 lb.-ft. of torque at 4,900 rpm, and mates to a Hydramatic 6T45 six-speed automatic transmission that smoothly gears motive energy to the front wheels.

My Verano test-drive originated in New York City with a drive route that took us through beautiful upstate New York and into Connecticut, with our pre-production test vehicle delivering swift acceleration, a most compliant ride quality and an exceptional level of interior quiet. Handling characteristics qualified as sporty with good road holding capability and an athletic and nimble response.

The cabin's solitude is aided by acoustic laminated glass and innovative applications of noise reducing insulation, without totally isolating the driver and occupants from surface input.

Despite the new Verano's admirable performance qualities, we wouldn't be surprised to see a turbocharged version surface in the not too distant future. Whether turbocharging is plugged into the equation in the future, the Verano should prove to be a most welcome addition to the new Buick lineup. It is pinned as a winner in the compact luxury segment in an affordable package.