The Bow-Tie team from General Motors is introducing an impressive stable of Malibu models with a total of three engines and four trim levels for the eighth generation 2013 model year. The first Malibu to appear in the marketplace is the Eco model. 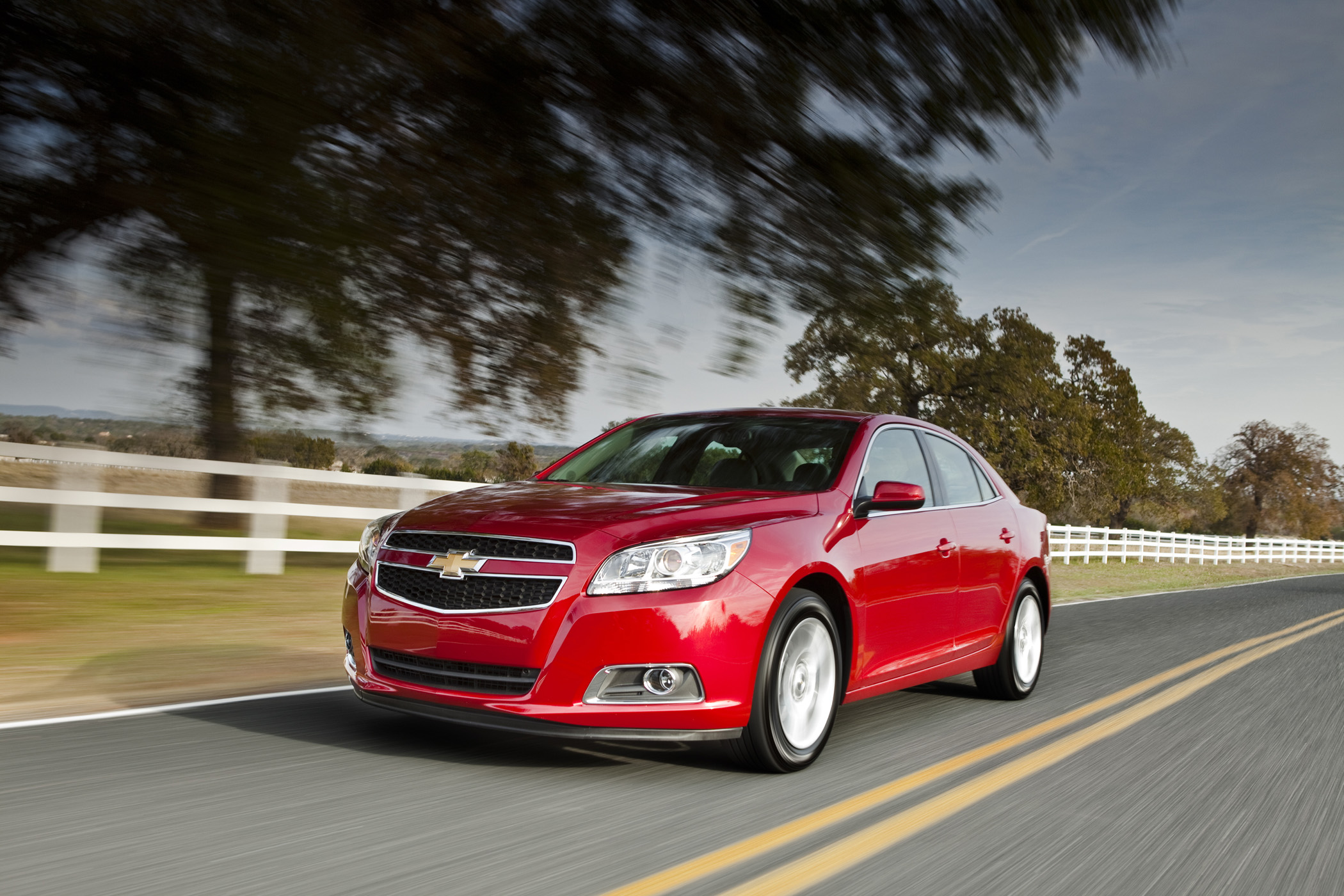 The Malibu Eco is the first Chevrolet to feature GM's eAssist (a mild hybrid system). The 2013 Malibu Eco draws its motive force from a 2.4-liter four-cylinder Direct Injection engine, along with an advanced lithium-ion battery and motor-generator unit that benefits from regenerative braking. The gasoline-fueled engine delivers 182 horsepower at 6,200 rpm, along with 172 lb.-ft. of torque, while the motor generator cranks out the kW equivalent of 136 horses and the equivalent of 233 lb.-ft. of torque. Monitoring the driving force to the front wheels is a six-speed automatic transmission.

The Chevy Malibu's interior is now roomier and more refined with a greater emphasis on craftsmanship, fit and finish. The cabin features metallic, chrome or wood accents located around the shifter, surrounding the center stack, around the instrument cluster, as well as on the doors and steering wheel. Soft, ice blue ambient lighting complements chrome accents and ensures even, consistent illumination along the instrument panel, storage pockets and center stack dials. 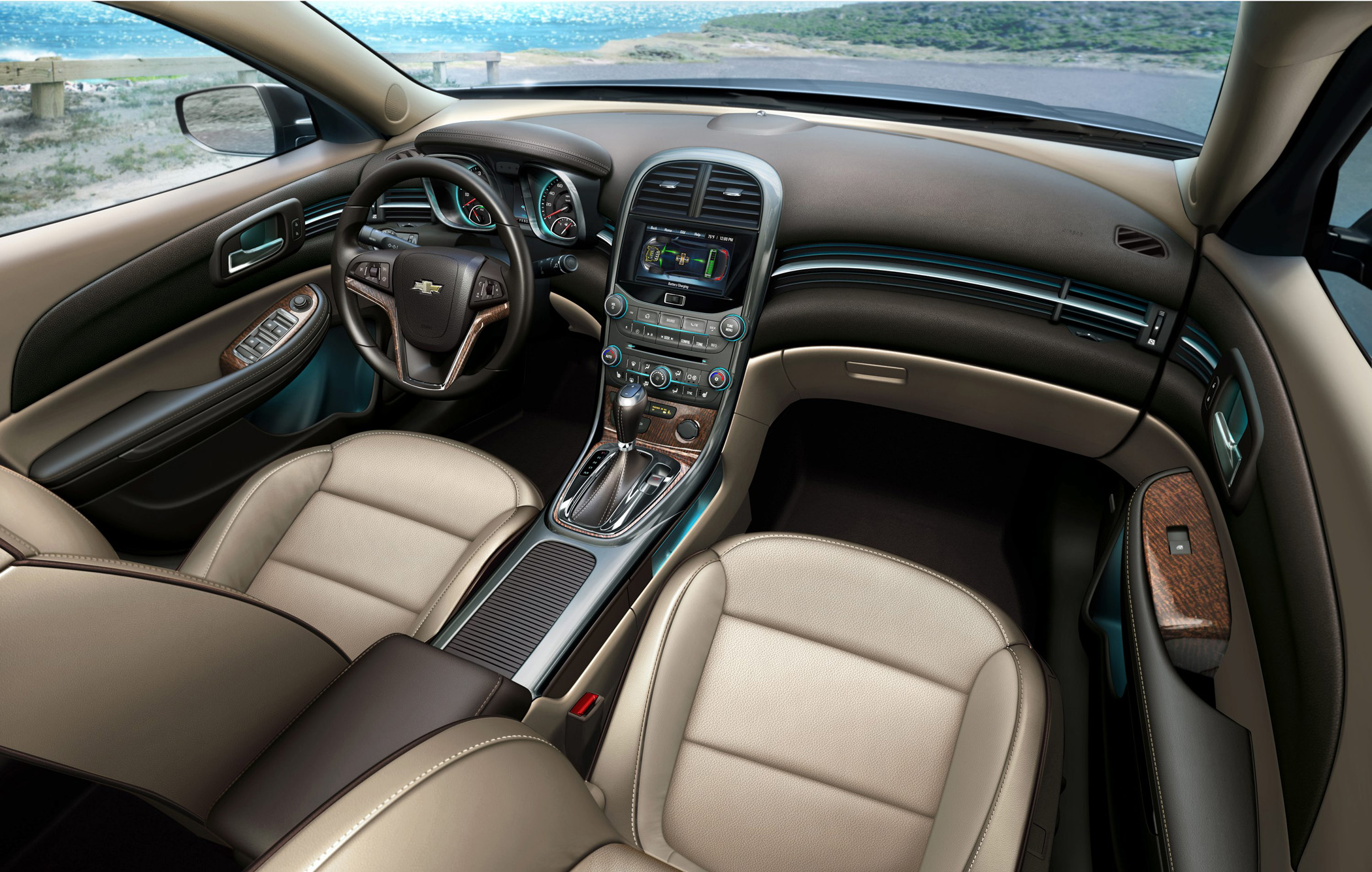 The 2013 Malibu comes with a wider stance, broad shoulders with a new athleticism, providing a more aggressive presence. The new Malibu has a 4.5-inch shorter wheelbase and 62-inch front and rear tracks that are more than 2 inches wider than the model it replaces.

My test 2013 Malibu Eco was a pre-production vehicle finished outside in Crystal Red Tintcoat, with a Cocoa and Light Neutral interior. The base price was set at $25,235.

The Malibu Eco's ride quality is compliant and comfortable. Its acceleration is surprising for a non-turbo, four-cylinder-powered sedan. Handling characteristics border on sporty with a satisfactory on-center feel. Controls and switchgear are logically positioned for optimum user-friendliness and outward visibility is good.

The 2013 Chevrolet Malibu delivers the ride and handling of a premium sedan in a well-equipped and affordable package, even when fully loaded with options. In addition to being the best-looking and most appealing Malibu yet, it is also the most fuel-efficient ever with EPA estimates of 25 miles per gallon city and 37 mpg highway.

Malibu features a comprehensive inventory of safety equipment and technology with up to 10 airbags; a lane departure warning system with forward collision alert; and rearview camera system. OnStar includes Automatic Crash Response, as well as improved voice recognition technology and remote diagnostics. The new 2013 Chevrolet goes on sale in the first quarter of 2012.