The 1969 Mustang Boss 302 is perhaps one of the most sought after examples of American muscle cars in collector circles. Good news performance junkies -- Ford put together a team of engineers, designers and stylists to recreate the iconic Boss Mustang for 2012. 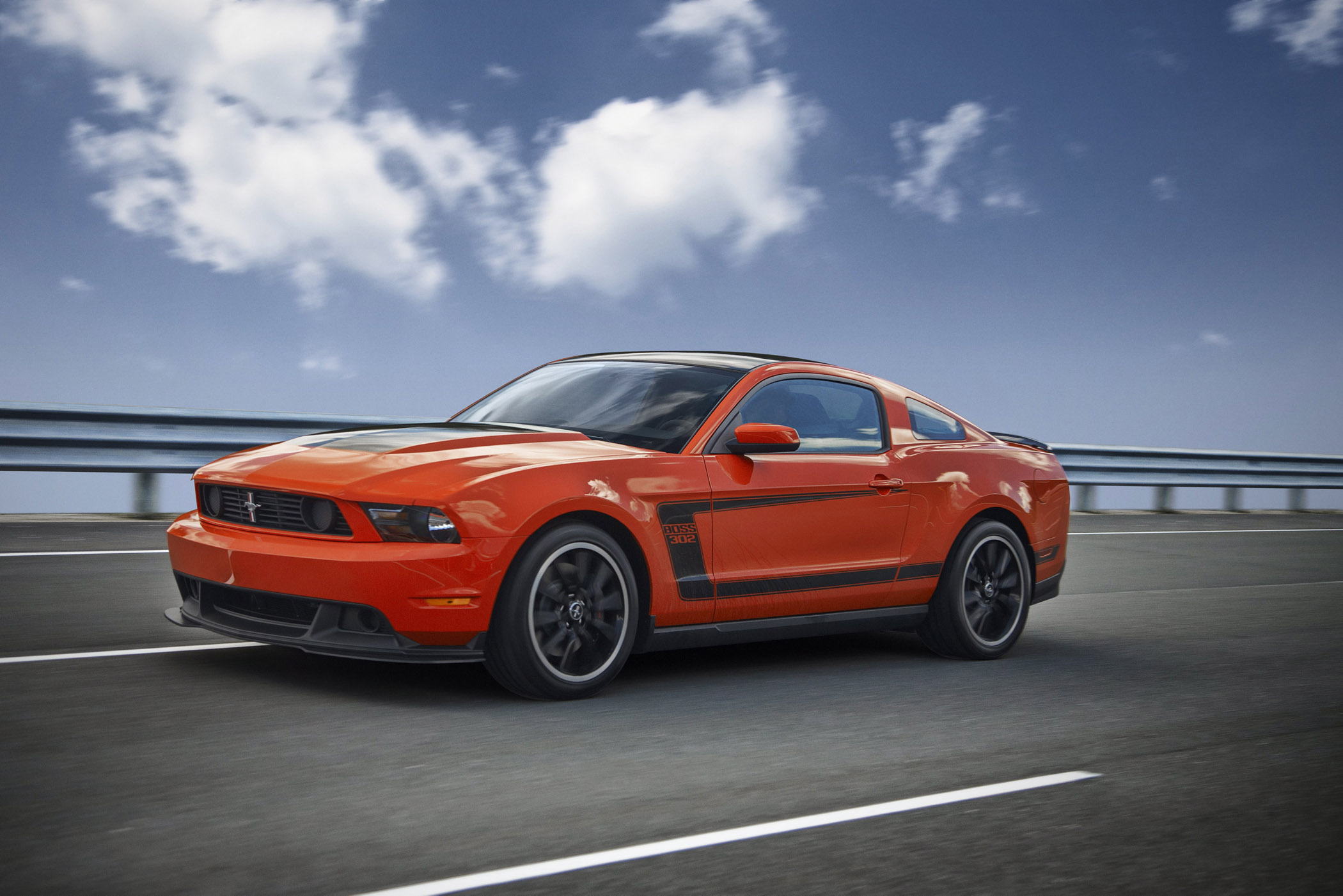 Manufacturer photo: The limited-production 2012 Mustang Boss 302 is set to become the quickest, best-handling straight-production Mustang ever offered by Ford, based on the world-class foundation provided by the 2011 Mustang GT

Engineers specifically modified the Mustang GT model to what may well be its purest form. Every facet of the GT was examined and analyzed, and then each system was strengthened, lightened and refined. The result is the new, limited-production 2012 Mustang Boss 302, which is basically a street-legal race car that's destined to become a performance legend in its own right, just like the original, only better.

The mission statement for the new Mustang Boss 302 was to deliver outstanding performance capabilities across the board, including stellar acceleration, handling characteristics, braking power as well as top speed. All of this is in a thoroughly modern, technologically up-to-date, sport driving machine that is without compromise, meeting all public safety, noise and emissions regulations that also retains an unprecedented level of unadulterated fun.

Power for the unique Boss 302 is served up by a version of the advanced, high-performance, 32-valve Ti-VCT V-8 with sequential mechanical returnless fuel injection that pumps out 444 horsepower at 7,400 rpm while also generating 380 lb.-ft. of torque at 4,500 rpm. The engine delivers its driving force to the rear wheels through an MT82 six-speed manual gearbox that features a unique black ball shift knob. 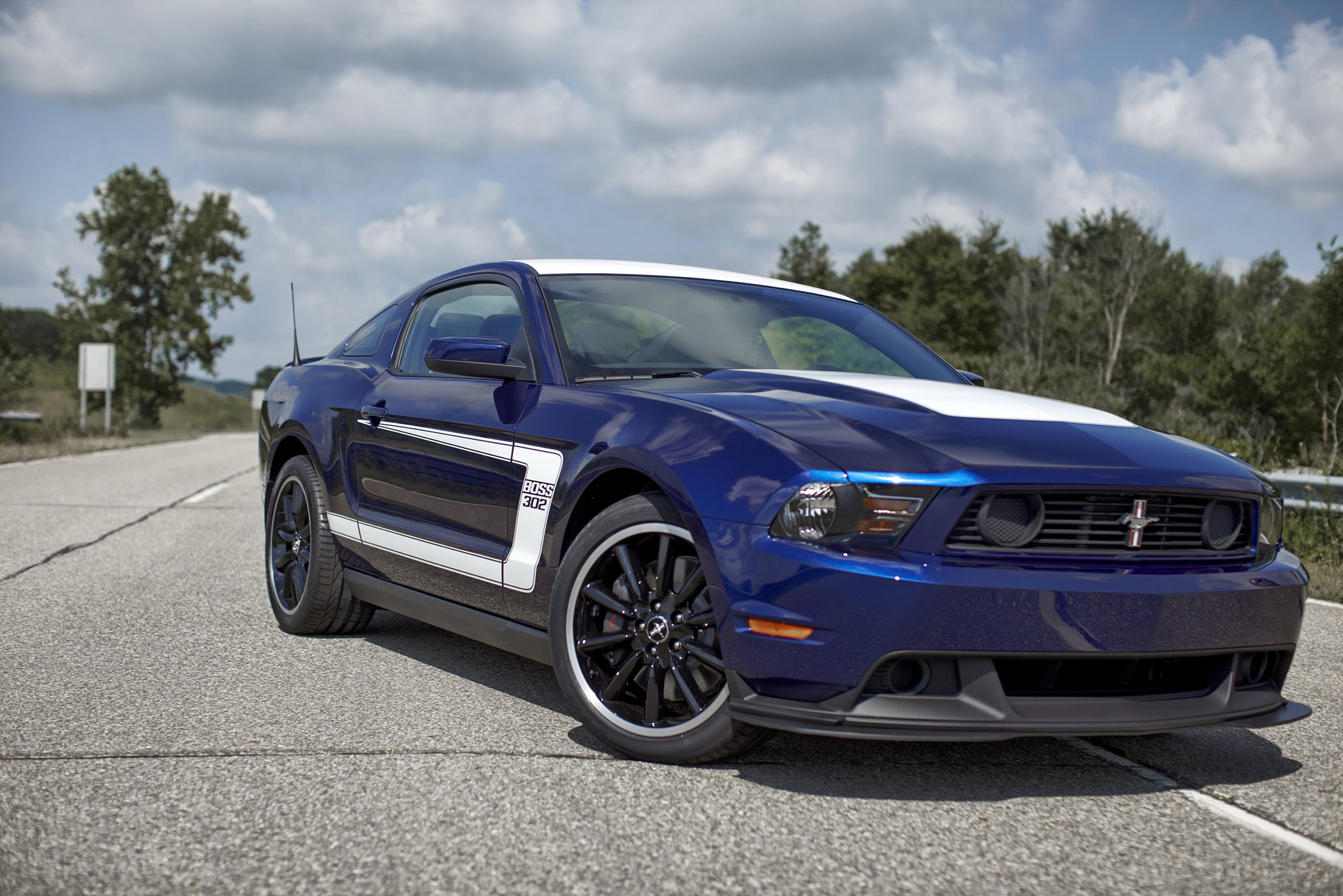 The Boss 302 pony car's look is not simply an aftermarket trim package, but rather is a balanced re-engineering of the Mustang GT that focuses on providing Mustang aficionados a track-ready package that can be driven home after the race. The Boss 302 is a truly unique creation from the front splitter to the black rear decklid spoiler.

My test 2012 Ford Mustang Boss 302 came with a base sticker set at $40,145. The Boss 302 is unquestionably the quickest, best-handling straight production Mustang ever offered by Ford. Every system was designed to make a good driver great and a great driver even better.

I wasn't able to pilot my test Boss 302 on a track, so it was difficult, though necessary to exercise discretion while driving on the street. Romp on the throttle, and the Boss 302 accelerates off the line with abandon. Defeating the Traction Control system makes for more fun, but smoking the tires in town is generally frowned upon and I didn't feel comfortable wearing out the expensive 19-inch Pirelli P-Zero tires prematurely either.

Performance-wise, the Boss 302 is an awesome joy to drive, bolstering one's driving ability, or at least giving that impression. The graphics though distinctive, bordered on ostentatious from my perspective, but they did draw attention. The exhaust rumble is beyond impressive -- it's in fact incredible.

The 2012 Mustang Boss 302 is a winner as it is, but should you find it lacking in any way, there will be a limited number of Boss 302 Laguna Seca models available aimed more at on-track racers, and commemorating Parnelli Jones' win of the 1970 Trans-Am season opener at the legendary track in a Boss 302.