As usual, BMW has gone and improved an existing Series to the point where it seems to surpass, or at the very least equal, the Series lineup above it. Such is the case with the all-new 3 Series. It's on a par with (if not better than), earlier 5 Series models. 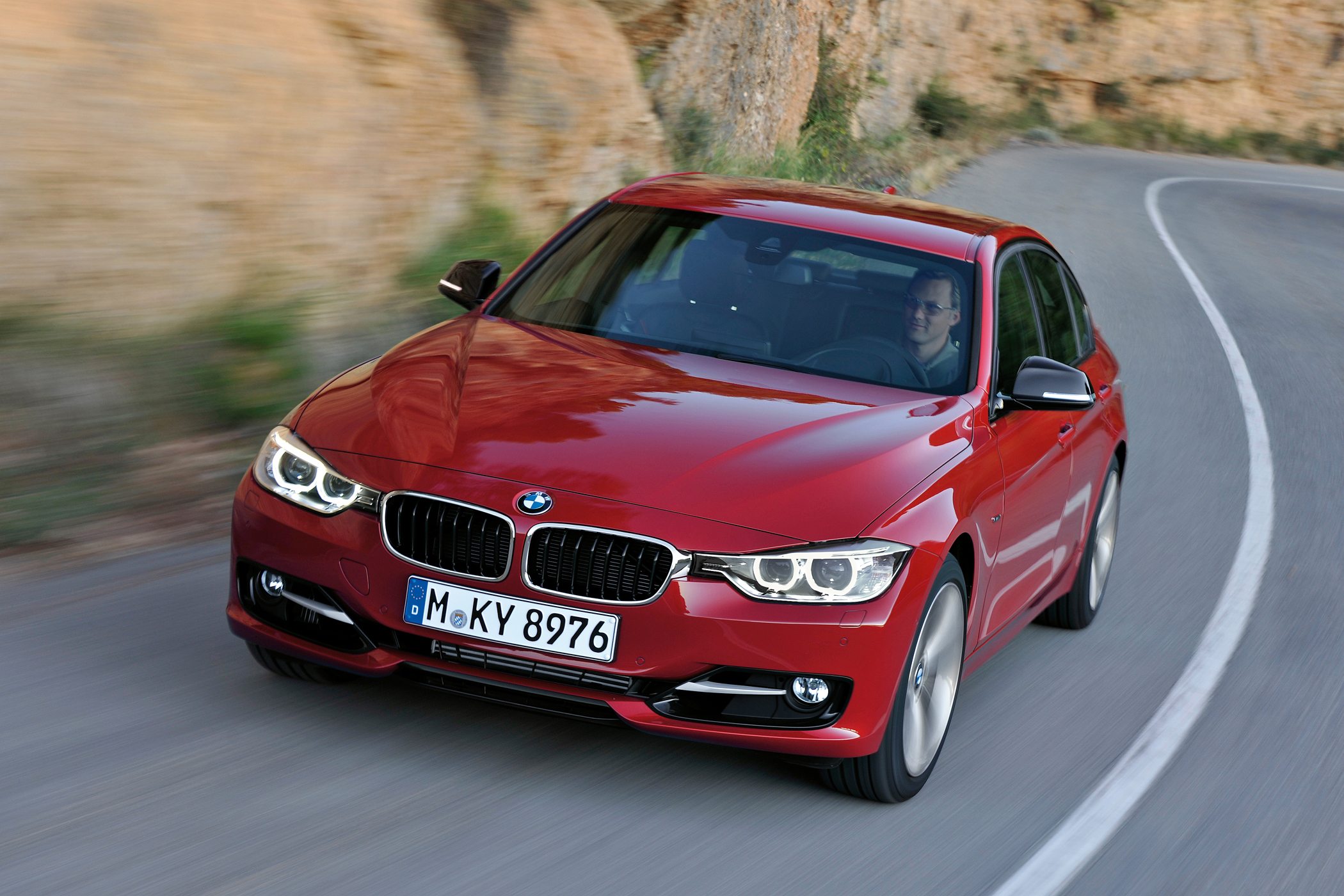 This latest iteration 3 Series is offered with two basic models based on two engine variants: the 328i powered by a 2.0-liter four-cylinder and the 335i that draws its motive force from a 3.0-liter inline six-cylinder. Both engines feature TwinPower Turbo technology.

Both engines come with an engine Auto Stop/Start feature, and both models may be coupled to either a Turbo six-speed manual gearbox or an electronic 8-speed automatic, which may also be shifted manually. For now, both the 328i and 335i are configured as rear-wheel drive sedans, with or all-wheel-drive to come later.

There are significant design modifications that make up the all-new 3 Series, not the least of which is the flowing connection of the headlamps into the twin-kidney grille. There is also a connection made between the pronounced wheel wells by a strong character line just above the lower rocker panels. Strong shoulders are readily apparent, as is the broad and athletic stance. The 2012 3 Series is available in four levels of trim: a Base trim, which has no specific line designation; a Sport line package; a Luxury line package; and a Modern line package. 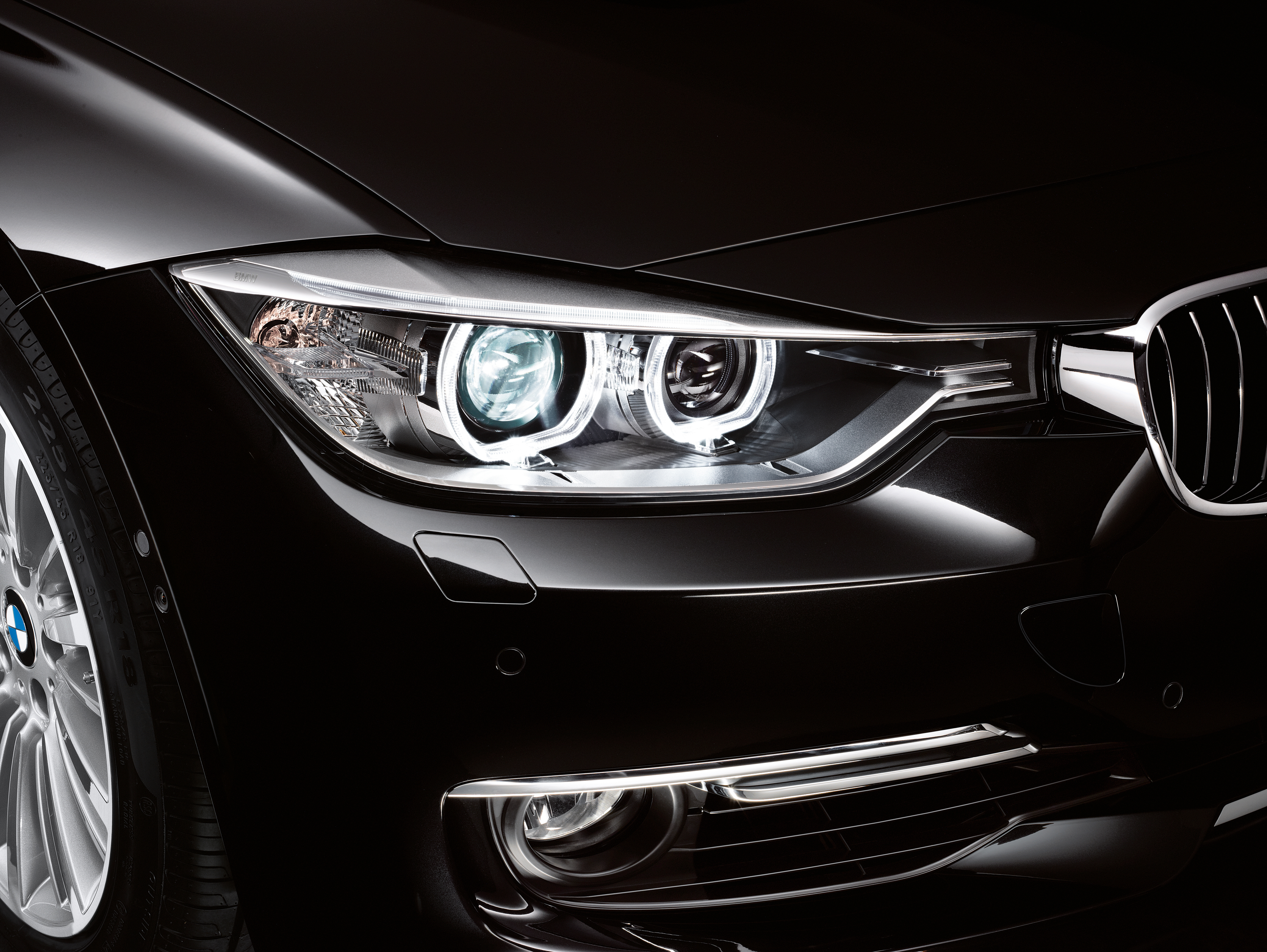 The base model is actually a far cry above an entry level, delivering an impressive inventory of standard features and equipment. It is much more than simply adequate in the performance department -- it is a "kick-in-the-pants" to pilot on the street or on a track.

My driving partner and I began our driving with the on-road exercise in a 328i equipped with the 8-speed automatic and in Modern Line trim, finished outside in Imperial Blue metallic and inside in Dakota leather with Oyster trim accents. The base price was set at $34,900 while optional extras and destination charges upped the final sticker to $49,870.

The 2012 BMW 328i is more than enough car for most driving enthusiasts, even with the 8-speed automatic, and especially on the road. Dyed-in-the-wool "hot shoes" will of course probably opt for the added horses served up by the 335i, which we also drove, too. EPA estimates give the 328i a 24 miles per gallon city rating and 36 mpg highway. The 335i delivers an estimated 23 mpg city and 33 mpg on the highway.

Factoring the weight differences and variances in power output, the 328i was perhaps the most fun to drive. Both cars share the same 130-mph top speed while the 335i trims only half a second off the 0-60 time of the 328i, which is 5.9 seconds.

There are lots of new technological features packed into this latest 3 Series. A new Driver Dynamics Control consists of a console-mounted switch to allow the driver to select a Comfort mode, Sport mode, Sport Plus mode and a new ECO PRO mode.

What this latest sixth-generation 3 Series has to offer ranks it as the best 3 produced to date. It's certainly as much fun to drive as ever -- actually more so. It looks great and now with its EfficientDynamics it's also more economical to operate -- if you want it to be.