If you're a fan of Ford's first large Flex, then you'll be an even bigger fan of the 2013 Flex because there's simply more to love. The seven-passenger Flex not only serves up a more captivating styling, it also brings a higher level of consumer-oriented technology, improved fuel economy and modern sophistication. 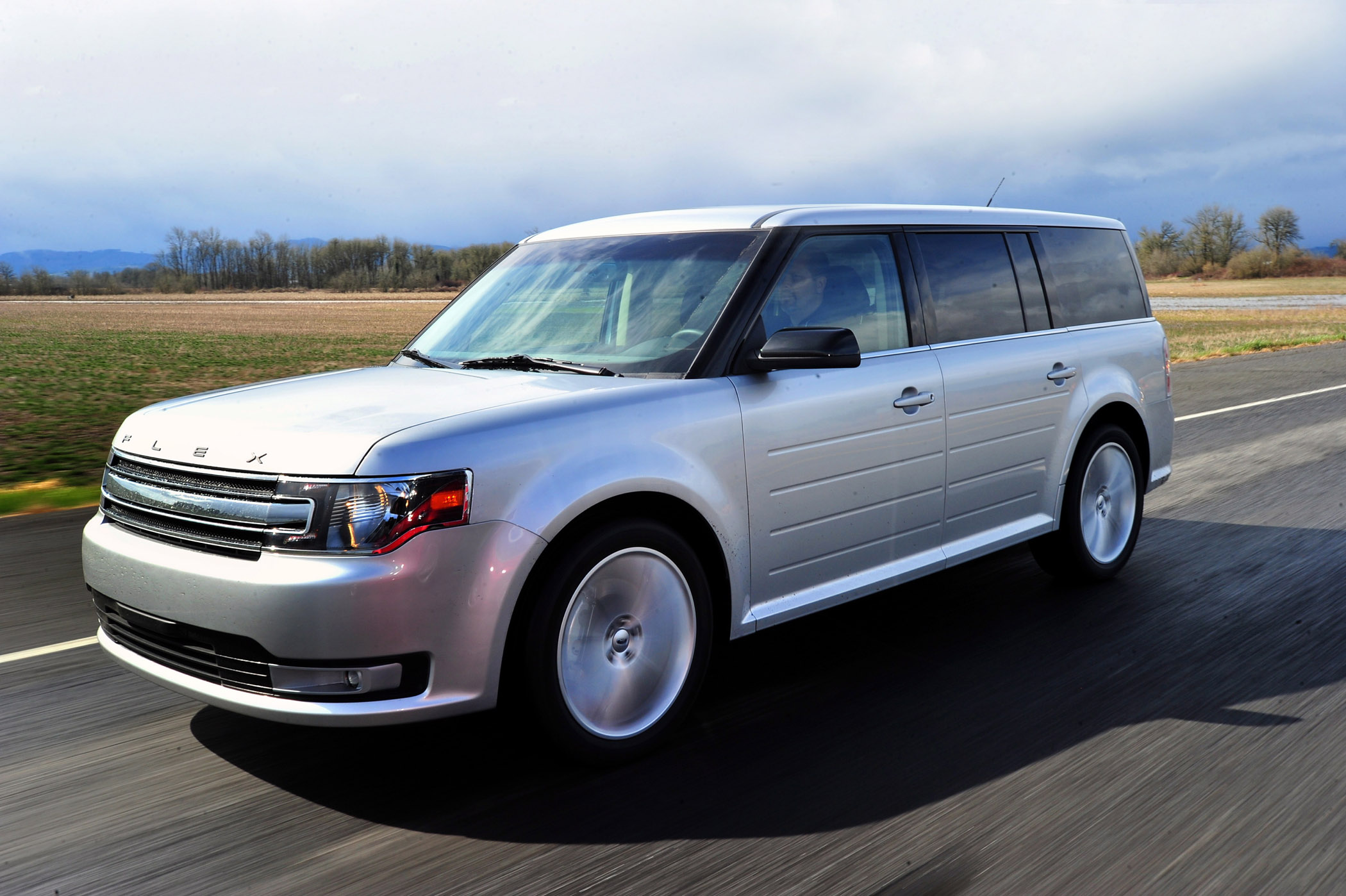 The front and rear styling display a bold new look, making the overall appeal of the 2013 Flex even more alluring. When first introduced for sale in 2008, the Flex exercised a new direction in design with a basic form that somewhat resembled a Range Rover. Styling cues were actually taken from early 1940s Art Deco vacuum cleaners, such as the Electrolux, with its ribbed, aluminum sides.

The 2013 Flex is available in three trim levels, all displaying a long, low stance with a low roofline that appears to float above the cabin's extended glass area, thanks to the blacked out A-, B-, C- and D-pillars. The length of the vehicle is exaggerated by the horizontal side grooves. Flex variants include the well-equipped base SE model starting at $31,000; followed by a more upscale SEL model; and topped by the flagship Limited model.

My test 2013 Ford Flex was the Limited trim, powered by the 3.5-liter EcoBoost V-6 with intelligent All-Wheel Drive. It sported a Deep Impact Blue metallic exterior lower finish with a Silver roof, complemented by a Charcoal Black leather interior. The base price was set at $41,180. 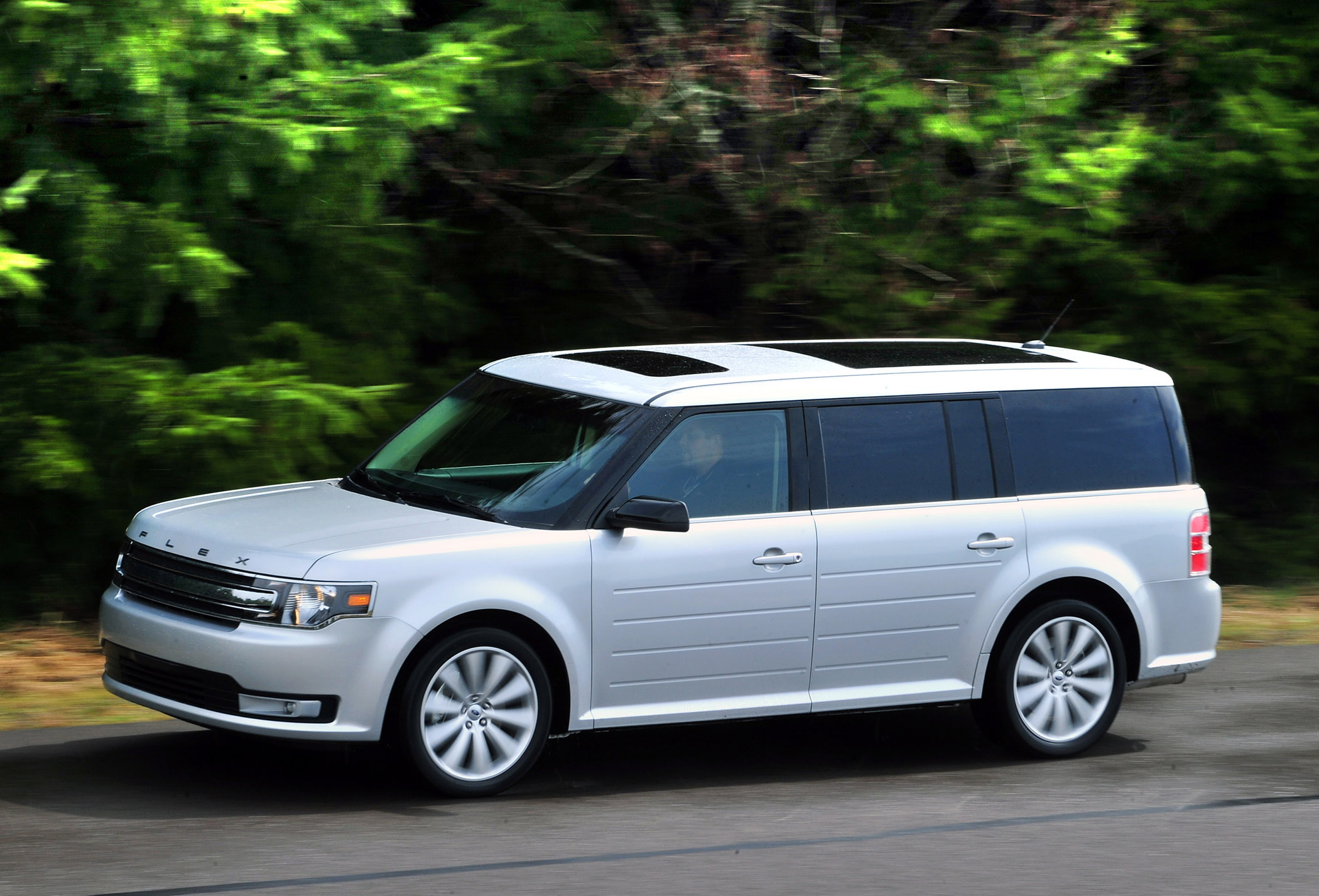 The 2013 Flex EcoBoost Limited AWD not only provides an innovative and refreshing styling execution, it also provides a most enjoyable driving experience. The EcoBoost V-6 delivers a V-8 power equivalent in terms of performance, with responsive acceleration, positive braking and smooth gear changes. Estimated mileage is 16/23 mpg. Maximum tow rating is set at 4,500 pounds.

Ingress and egress into the "Business-Class" seating is comfortable due to the low step-in height. Loading and unloading are ergonomically friendly as well. Technology abounds, enabling users to control most MP3 players and Bluetooth-enabled mobile phones, hands-free, utilizing voice commands. Sony's 7.1 Surround sound system is available rated at 390 watts of power.

An optional Multipanel Vista Roof, available on SEL and Limited models, provides four roof glass panels that allow light through the large interior cabin for all three seating rows. Panels include an operable front-row sunroof/moonroof and a large rear glass panel featuring individual frames in the Flex's headliner for second and third occupants.

The Ford Flex Limited tester with the EcoBoost V-6 and All-Wheel Drive system provides an attractive, comfortable and refreshing mode of family transportation. The interior is loaded with FLEXibility. If there is a downside to the design, the horizontal side groove design, while it looks great, may make washing and waxing more of a chore.