Ford delivers a better way to get a spring break escape -- in the new 2013 Escape. Ford Escape raises the bar with 11 new exclusive features not offered by any other small SUV -- and the new Escape's estimated fuel economy is up to 5 miles per gallon better than that of the outgoing model. 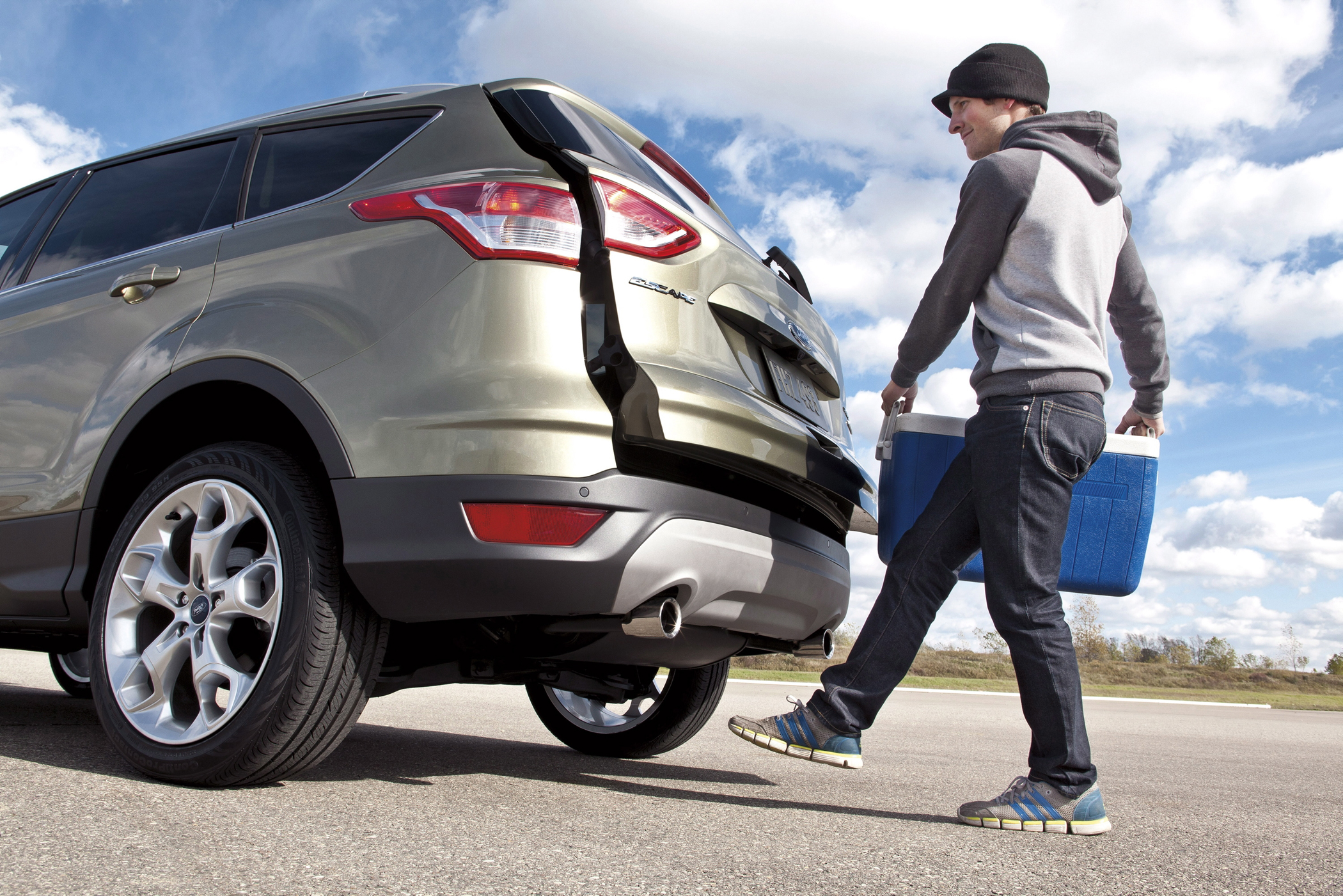 Manufacturer photo: The all-new 1.6-liter Ford Escape is EPA-certified at class-leading 33 mpg with an automatic transmission, which is preferred by the majority of American drivers; all Escape engine offerings achieve 30 mpg or better on the highway

All three powerplants connect to a specially calibrated, electronically controlled six-speed SelectShift automatic transmission with a manual shift mode that gears driving force to either the front wheels or to an available new Intelligent All-Wheel Drive system that reacts faster and improves vehicle handling off-road with better traction.

From a visual standpoint, the 2013 Escape takes on a more contemporary styling that reflects Ford's new design language and DNA. The final result does away with the old boxy Escape format and adopts a look that is more youthful and athletic.

Some styling cues display elements that replicate those found in the new Focus and Fusion. The nose showcases a large lower grille flanked by side air inlets with integrated fog lamps and turn signals. There's a new recessed smaller grille below the sculpted hood centered between the jewel-like wrap-around headlamps. The profile is sleek and aerodynamic, with a sharply raked windshield, curved roofline and wheel wells accented by prominent fender arches suggesting motion even when parked. 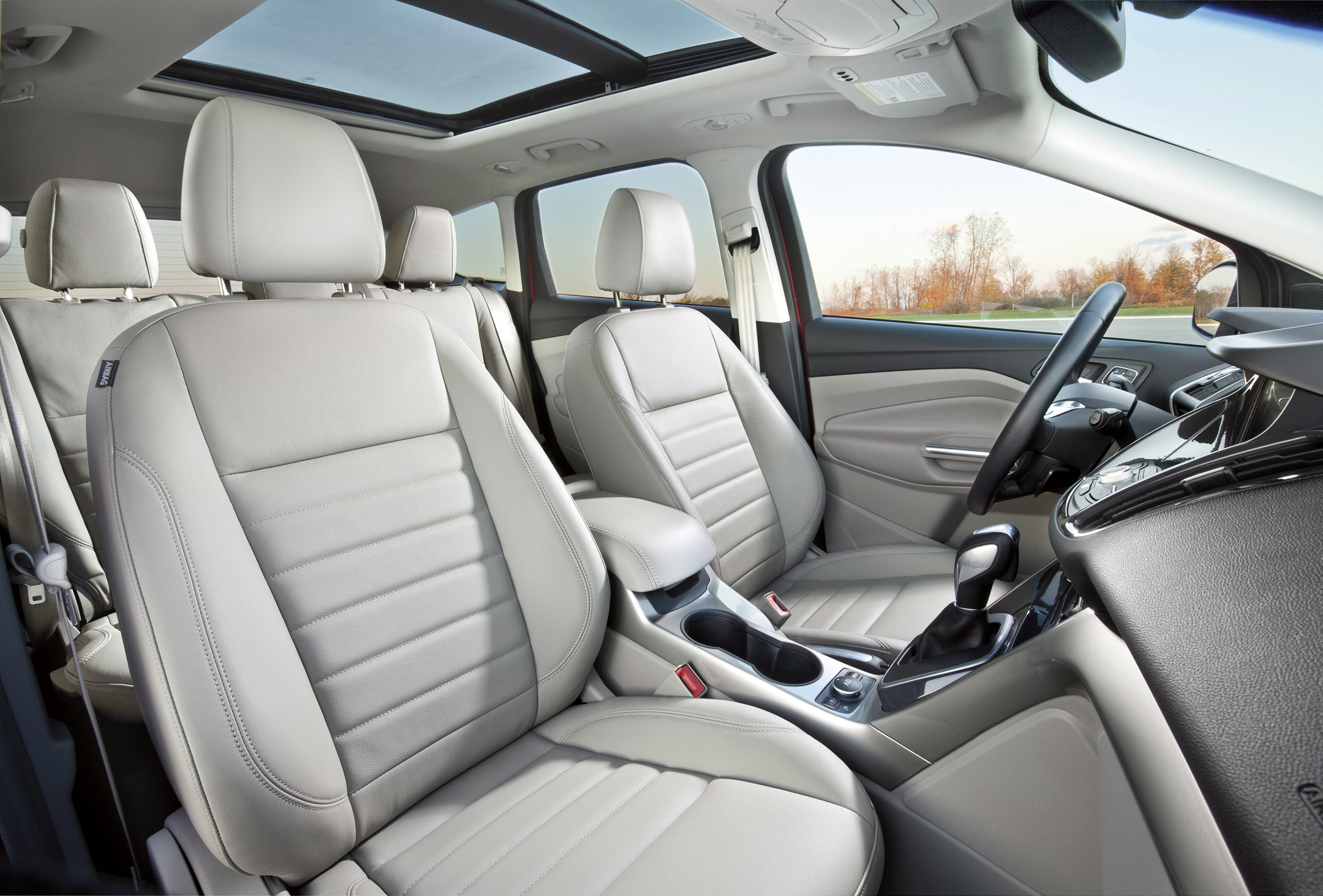 My test 2013 Ford Escape during the national press launch was an AWD model in Titanium trim, powered by the 2.0-liter, 240-horsepower EcoBoost engine with EPA ratings of 21/28 mpg. The base sticker amounted to $22,470 while the price as equipped came to $34,735. Options included the Titanium Technology Package, Parking Technology Package, Intelligent 4WD and Navigation System.

This latest iteration of the Ford Escape not only delivers stunning good looks, but also serves up features and equipment that enhance the total driving experience, along with admirable handling characteristics. Performance delivered by the 2.0-liter EcoBoost was impressive with pleasing acceleration, smooth shifting and on-center steering feel. The ride quality was comfortable; firm and stable, without being harsh.

The new 2013 Escape cabin provides a more user-friendly layout with sensible placement of controls and switchgear. For instance, the manual shift mode for the automatic gearbox is operated by a thumb switch on the left side of the gear selector knob, and the Nav and information screen is large and highly legible. Materials are soft-touch, with the fit and finish well executed and symmetrically balanced. The new seats provide better comfort and support.

Technology abounds on the new Escape. An available hands-free power liftgate brings new technology to the SUV arena -- motion technology opens and closes the gate, operated by a gentle kicking action aimed under the center of the rear bumper with the key fob in proximity. Sync with MyFordTouch system has been upgraded to enhance personal connectivity and feature controls.

The 2013 Ford Escape in any of its trim levels truly represents a smarter SUV in a sensibly sized format.