Mercedes-Benz marks the 60th anniversary of the iconic SL with an all-new "super and light" roadster. The SL550 is lighter, quicker and more agile than its predecessor as it now enters its sixth generation. 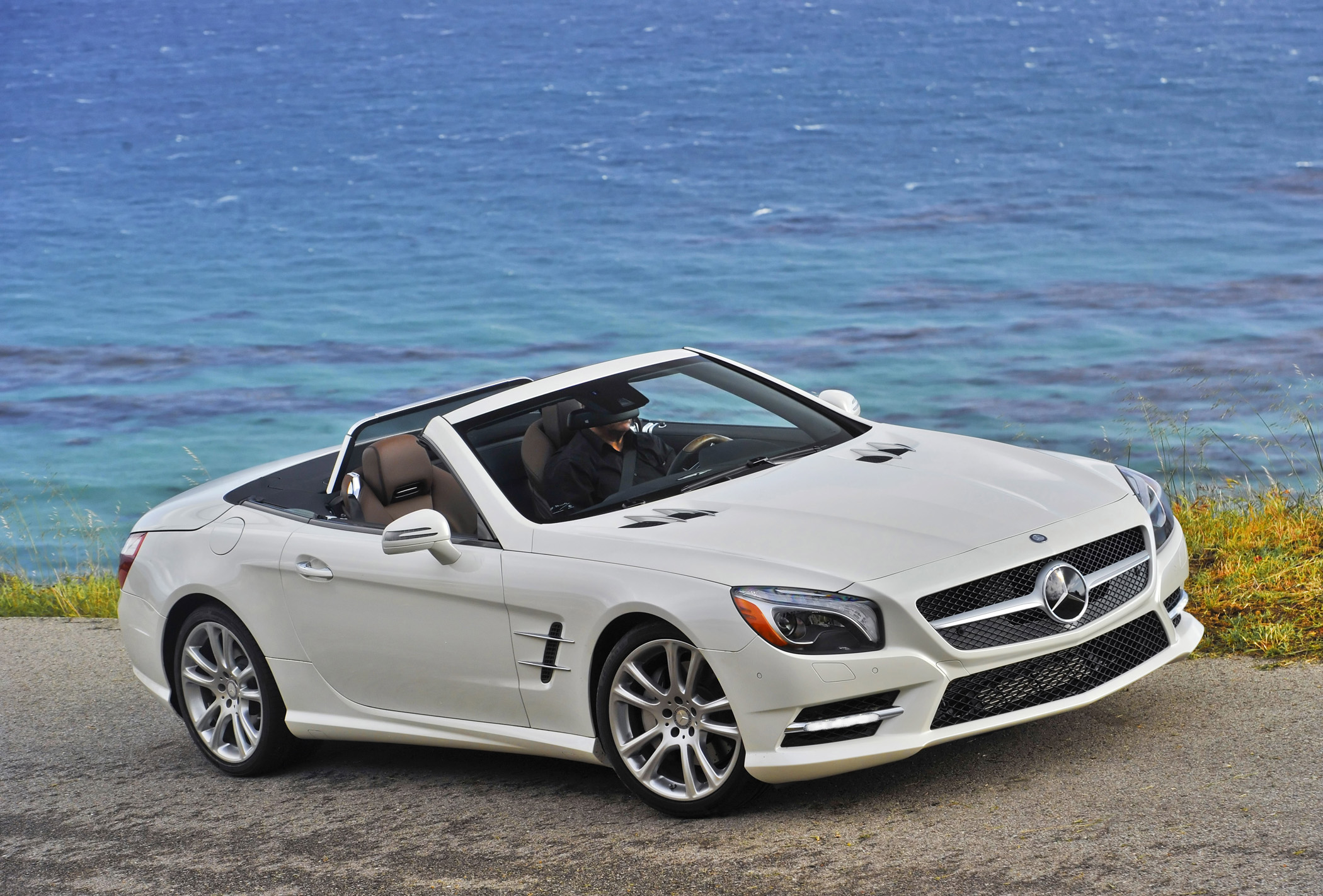 Manufacturer photo: The sixth generation Mercedes-Benz SL roadster has an all-new aluminum body, even more useful technology and a redesigned version of its well-known retractable hardtop

From the point of entry, where the driver slides behind the three-spoke, flat-bottom steering wheel and presses the start button, there is immediately the realization this all-new 2013 SL550 is no ordinary roadster. It is after all, the Mercedes-Benz of sports cars.

It is loaded with technological developments and innovative ideas that enhance the experience of spirited motoring, plus the peace-of-mind of all-weather safety, comfort and convenience. There are no less than eight individual safety systems at work contributing to your well being.

During the national press launch, I was given the opportunity to pilot the new SL550, with a base price set at $105,500. The 2013 SL550 is gorgeous and well proportioned. This roadster shows strong and definitive character lines with a sculpted effect from the broad, athletic nose, over the strake hood and over the sharply raked windshield. The rear track is a few inches wider than the previous generation.

Acceleration is incredibly impressive, rocketing the car from 0-60 mph in 4.5 seconds with a top speed that is electronically limited to 130 mph. Push it hard into corners and it behaves with amazing and predictable stability. 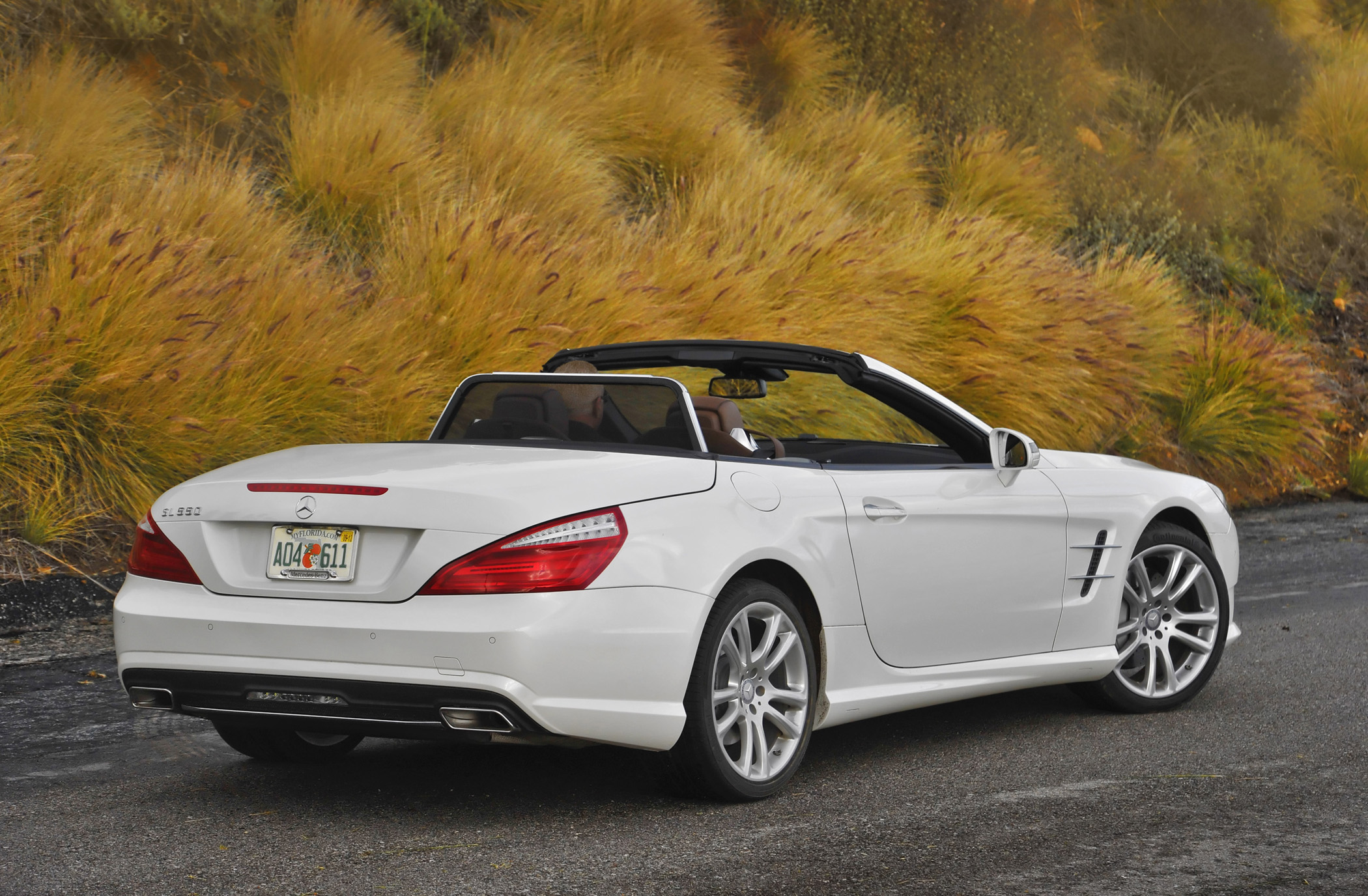 The 2013 SL550 draws its irresistible force from a 4.6-liter 32-valve, twin-turbocharged and intercooled V-8 with Direct Injection that makes 429 horsepower at 5,250 rpm while generating 516 lb.-ft. of torque in a range from 1,800-3,500 rpm. The engine connects to a seven-speed automatic transmission with a manual shift mode that gears power to the rear wheels.

Among the improved fuel economy features -- a 14 percent improvement over its predecessor -- there's an Eco mode default setting that stops the engine when the SL550 is stopped to save fuel. The engine starts up again when pressing the accelerator. The added efficiency results in the elimination of the gas guzzler tax for the new SL550. EPA ratings on the V-8 are 16 miles per gallon city and 24 mpg highway. The previous generation was rated at 14/21 mpg.

Nearly 89 percent of this lightweight roadster is made up of aluminum construction and features the largest single casting in a modern Mercedes production vehicle. It weighs in at 275 fewer pounds than its predecessor. The SL550 features a power retractable hardtop with the capability of lowering and rising in 12 seconds with the touch of a single switch.

The panoramic roof is made from polycarbonate material. The available Magic Sky Roof filters out both the UV and infrared rays of the sun. Even the interior leather surfaces are coated with a sun reflective treatment. And as an innovative convenience, there's a foot-operated trunk open-and-close feature where simply passing your foot beneath the sensor allows for hands-free operation. A brake hold feature is activated by tapping the brake a second time. Active body control and spring preload ensure consistency in ride quality and comfort.

Other SL models are in the pipeline to appear in the near future for those who desire higher levels of performance, but those models will come with an even higher price tag. I had but one complaint with the SL 550: the exhaust note. It was pleasing, but for my taste, it could use a more raucous and melodious V-8 rumble. Regardless, it comes across as a stellar two-seater.