The 2013 Volkswagen CC is perhaps the best-looking vehicle in the VW portfolio. It was visually appealing when it first appeared on the 2009 marketplace as a four-passenger compact sedan, and its allure continues today -- now as a five-passenger model.

The redesigned 2013 CC displays an even more attractive persona that harmoniously combines sleek styling cues along with sporty dynamics in full sedan comfort. The front and rear fascias have an enhanced new design that heighten the already dramatic tension and all trim levels feature a high level of luxurious interior appointments.

The low stance serves up an aggressiveness that adds to the sportiness of the 2013 CC and the frameless side windows not only provide an elegant touch, but also make ingress and egress much easier in crowded parking situations. Even the painted tubular trunk hinges highlight the CC's thoughtful attention to detail in the fit-and-finish department.

The CC's interior gets a restyling with leather-wrapped, three-spoke steering wheel with integrated controls for the multimedia system, chrome trimmed gauges and new head restraints that adjust forward and back as well as up and down. The Climatronic automatic control system features a humidity sensor, the electro-mechanical rack-and-pinion steering system has variable speed assistance and a variety of entertainment options are available on the new CC. 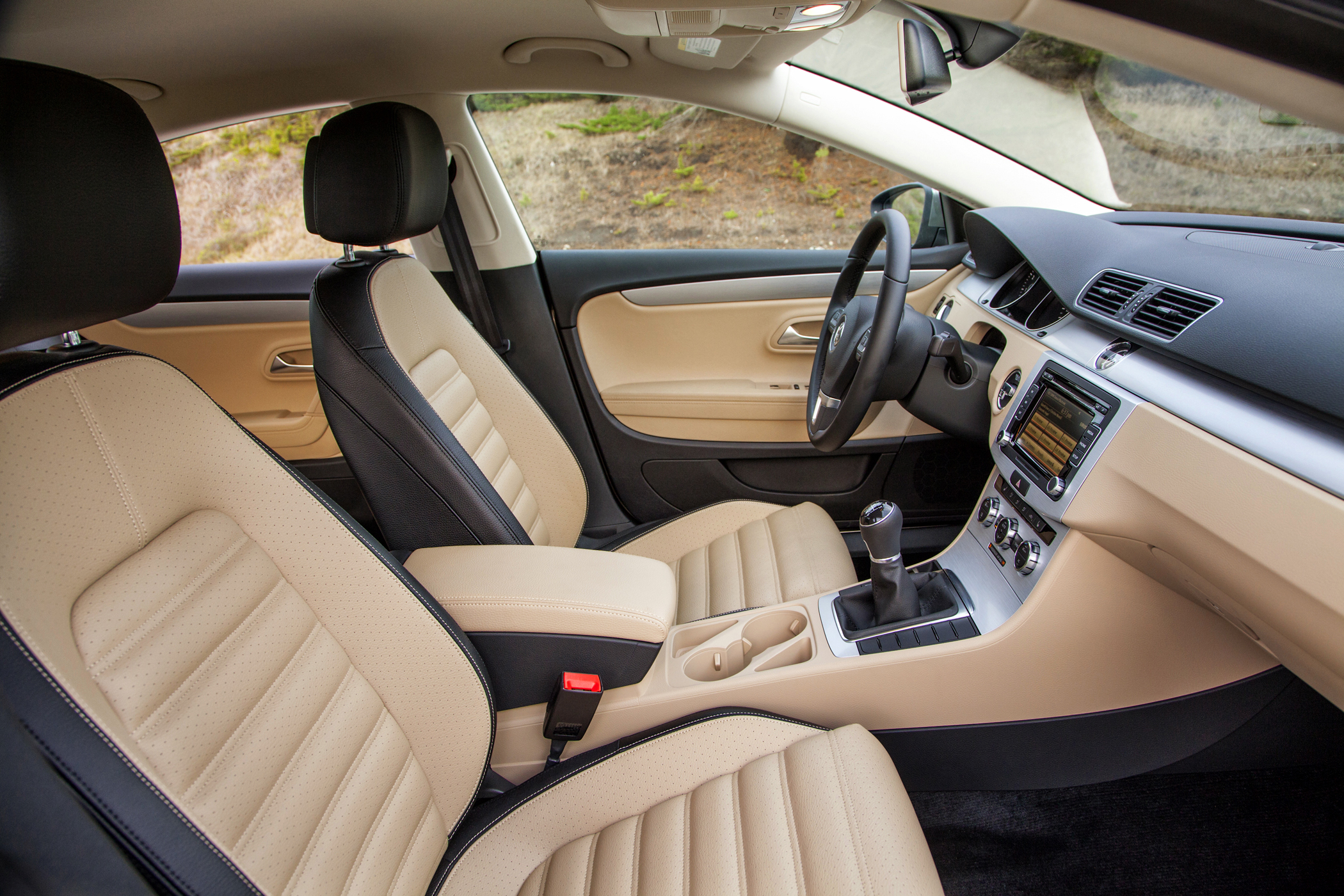 Starting at $30,610, the base model CC is the Sport followed by the Sport Plus; then the Lux model; a VR6 Lux model; and finally, a VR6 4Motion Executive model. The CC R-line will be added to the lineup early in 2013.

strong>There are two engine variants: a 2.0-liter, turbocharged, Direct Injection inline four-cylinder, which is available with either a six-speed manual gearbox, or a 6-speed DSG automatic transmission with Tiptronic. The optional powerplant is the 3.6-liter V6 that makes 280 horsepower while also generating 265 lb.-ft. of torque. The VR6 mates to a six-speed automatic with Tiptronic. VR6 vehicles come in either a front-wheel or all-wheel drive system. Four-cylinder CCs are available only in a front-wheel drive configuration.

My test Volkswagen 2013 CC came in Lux trim with the exterior finished in Reflex Silver metallic and the interior executed in two-tone Desert Beige and Black leatherette with satin silver trim accents. The base price was set at $35,355 with the as-tested sticker totaling $36,175.

The 2013 Volkswagen CC delivers exceptional driving characteristics. The CC Lux serves up a pleasant interior ambience, as the driver is treated to piloting a compact sedan that is well-planted in a stable manner, even in spirited driving scenarios. Steering provides a positive responsiveness and the ride quality is comfortable -- firm enough to deliver admirable stability, yet compliant enough to smooth things out.

Though the VR6 is sure to deliver a heightened level of performance, my turbocharged tester's delivery of 200 horsepower and 207 lb.-ft. of torque is more than adequate for the average motorist -- even providing enough push to give the driving enthusiast something to grin about.