Positioned directly above the very popular Cadillac CTS lineup is the all-new 2013 XTS. It's a larger, four-door, five-passenger, luxury sedan that's noted by the automaker as the most technologically advanced production car in the company's history.

Manufacturer photo: The all-new 2013 Cadillac XTS luxury sedan, the most technologically advanced production car in the brand's history, delivers the space, elegance and dramatic presence that are Cadillac signatures, but with entirely new and technically advanced methods tuned for a new generation of luxury customers

Starting at $44,995, the XTS comes in three collections: Luxury, Premium and Platinum. XTS Platinum represents the highest level of technology and luxury, including a unique front appearance, wheels, interior colors, materials and trim.

I was afforded the opportunity to pilot this luxury Cadillac in the Platinum Collection trim with a price tag set at $59,080. The 2013 Cadillac XTS Platinum Collection exemplifies the past glory days of Cadillac, but in a much more refined and sophisticated manner. The interior is luxurious and sumptuous, while providing the ultimate in personal connectivity through "CUE."

The XTS's exterior is both elegant and contemporary without being overly edgy. The visual allure is the XTS's surface details that convey a design philosophy with more nuances -- elements that support the long, sleek proportion that is a reflection of Cadillac's heritage. More beauty and elegance are in evidence with refined, graceful forms and surfaces that work harmoniously with established linear forms. XTS is a car that conveys the forward direction of Cadillac form and DNA.

The cabin of the XTS displays a multidimensional philosophy in a bold, sophisticated styling that is ergonomically inviting. Cadillac's new expression of luxury is epitomized through the use of premium materials and unprecedented connectivity. 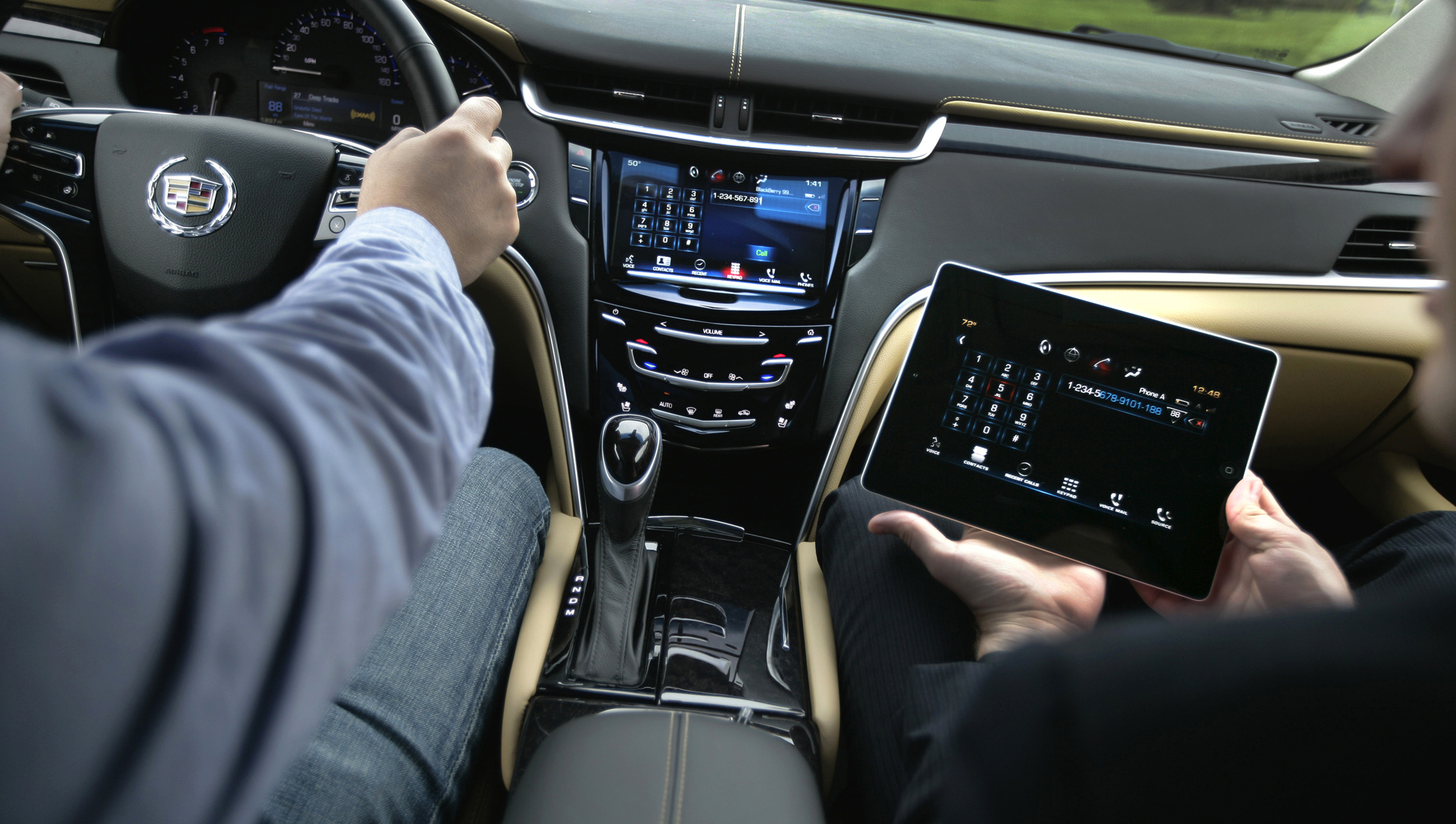 Power comes from a 3.6-liter, DOHC, 24-valve, V-6 with Variable Vale Timing and Direct Fuel Injection that delivers 300 horsepower at 6,800 rpm along with 264 lb.-ft. of torque at 5,300 rpm. The engine is transversely mounted up front and connects to a six-speed automatic transmission that meters the car's driving force to either the front wheels (FWD) or to all four wheels (AWD). The full-size sedan in FWD has EPA-rated mileage of 17 miles per gallon city and 28 mpg highway.

The introduction of the 2013 XTS also marks the debut of Cadillac User Experience -- CUE for short. It is Cadillac's innovative in-vehicle user experience that enhances control and connectivity, merging intuitive design with auto industry-first controls for information and media control.

CUE is a highly customizable user interface exemplifying XTS's combination of advanced technology and artistic design. CUE stands for and is at the heart of an eight-inch screen located in the center stack, the faceplate below the screen and the steering wheel controls.

CUE features several industry firsts, including capacitive-touch control (Capacitive touch is the technology featured on many of the best tablets and smartphones) with proximity sensing, haptic feedback, gesture recognition and natural voice recognition. Each buyer of the 2013 Cadillac XTS receives an iPad. The new CUE iPad Application replicates the center screen and is the hub of the system, and has been used to familiarize dealers with the experience. 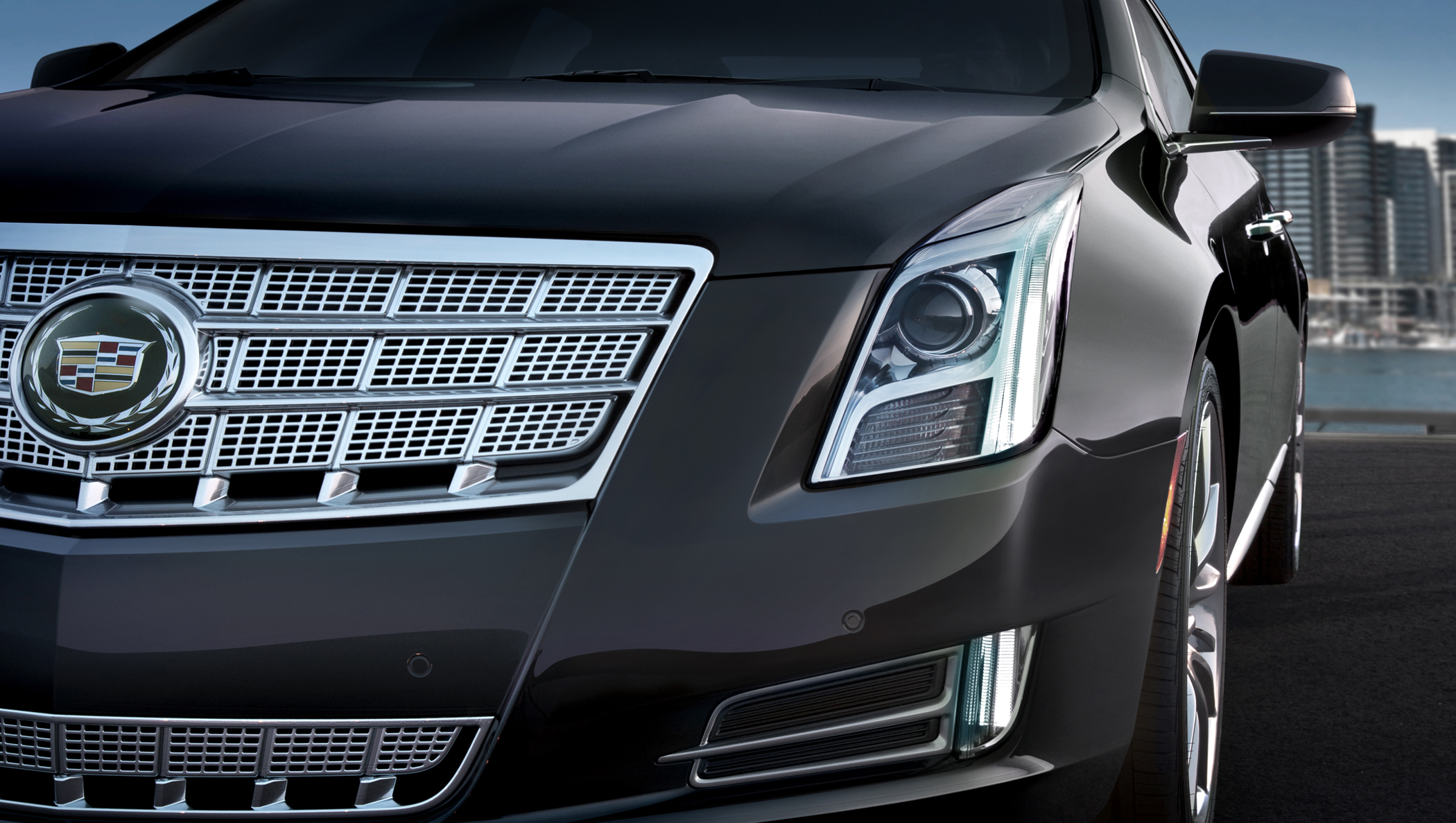 Exclusively available on the XTS is a 12.3-inch reconfigurable instrument cluster that features vibrant graphic displays showcased among four driver-selectable themes, ranging from minimal to extensive information. And while it is the prominent element in the XTS's technological character, CUE is just part of a more comprehensive and layered approach to the car's design, capabilities and performance.

The XTS truly redefines Cadillac's luxury philosophy with a welcome modernization. It's not your Deville or Eldorado of yesteryear, but it manages the same level of class and taste once prevalent in the brand. The 2013 XTS is the continuation of Cadillac's forward progress in recapturing its position as the leader of the domestic luxury marketplace.