2013 Audi allroad is Right for All Roads

The 2013 Audi allroad sport wagon delivers the functionality and versatility of an SUV while also providing the comfort and ambience of a luxury sedan. 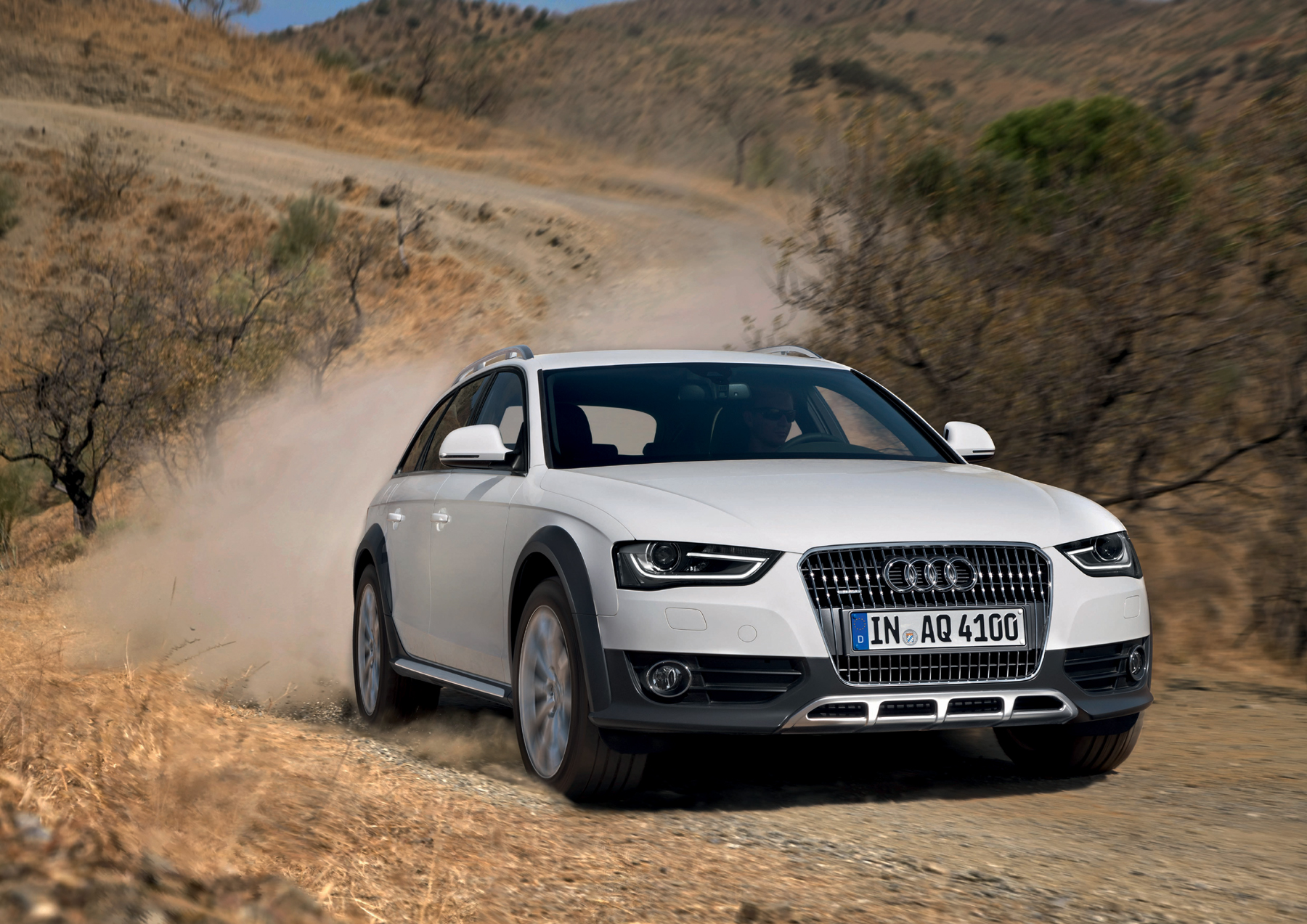 I had the opportunity to experience the 2013 Audi allroad's capabilities during an extensive drive in virtually all terrain scenarios during the national press launch from Denver to Beaver Creek, Colo. My test allroad was in Premium Plus trim, finished outside in Ice Silver metallic and sporting the Black interior selection.

Motive force for the allroad is delivered by a 2.0-liter TFSI Direct Injection, turbocharged inline four-cylinder engine with ULEVII/OBDII certification. The four-cylinder engine pumps out 211 horsepower at 4,300 rpm along with 258 lb.-ft. of torque at 1,500 rpm. Power is geared to all four wheels through Audi's quattro all-wheel drive system with asymmetric/dynamic torque (40/60) split distribution and an electronically controlled eight-speed Tiptronic automatic transmission. EPA is rated at 20/27 mpg.

The exterior of the allroad reflects the aura of the great outdoors, but with an elegant touch. The cabin surrounds the occupants in total comfort. The expansive, standard Panorama sunroof illuminates the interior in natural light for an open airy feeling. The allroad is a wagon that's suited for both on and off road journeys, capable of taking on nearly all scenarios, while providing comfortable and luxurious surroundings. It provides 7.1 inches of ground clearance.

Audi's new allroad rides on 18-inch alloy wheels with taller sidewall tires as standard, while 19-inch wheels are optional. The allroad displays a sleek and aerodynamic profile with blacked-out pillars and a curved greenhouse that finishes with a sloping rear.

The liftgate includes an integrated spoiler and the top is capped by side roof rails. A character line runs the length of the vehicle just below the shoulder, while a more pronounced rocker character line joins the wheel wells with an upward sweeping accent.

The 2013 allroad has more front passenger headroom than its predecessor and features a standard sunroof, eight-way power adjustable seats (heated in the front) with a driver seat memory feature. A sports interior package comes with 12-way power front sport seats and a three-spoke steering wheel with paddle shifters.

Interior trim features aluminum inlays as standard fare, with three wood inlay choices optionally available. The instrument cluster sports a revised look with a high-gloss finish on interior trim accents. Audi's third-generation MMI Plus (optionally available) features Alu-optic soft keys and window and trunk buttons appear in partial Alu-optic. Audi Drive Select along with Audi Connect with online services are available as options. The Google maps overlay and its 360-degree street view is not only informative, but entertaining as well, while aiding in real time navigation.

The allroad seems to have it all -- exceptional good looks, satisfying and responsive acceleration, gratifying performance and luxurious accommodations, while offering the versatility for back roads adventure. It's not intended for extreme rock crawling mind you, but primitive dirt and gravel roads pose no severe challenge. Factor in worthwhile fuel mileage capability and security inducing warranty and maintenance program and the allroad's appeal becomes even more apparent.