Toyota's first Avalon back in 1995 was based on the same platform as the Camry. Today, the fourth-generation Avalon has become more Lexus-like across the board. 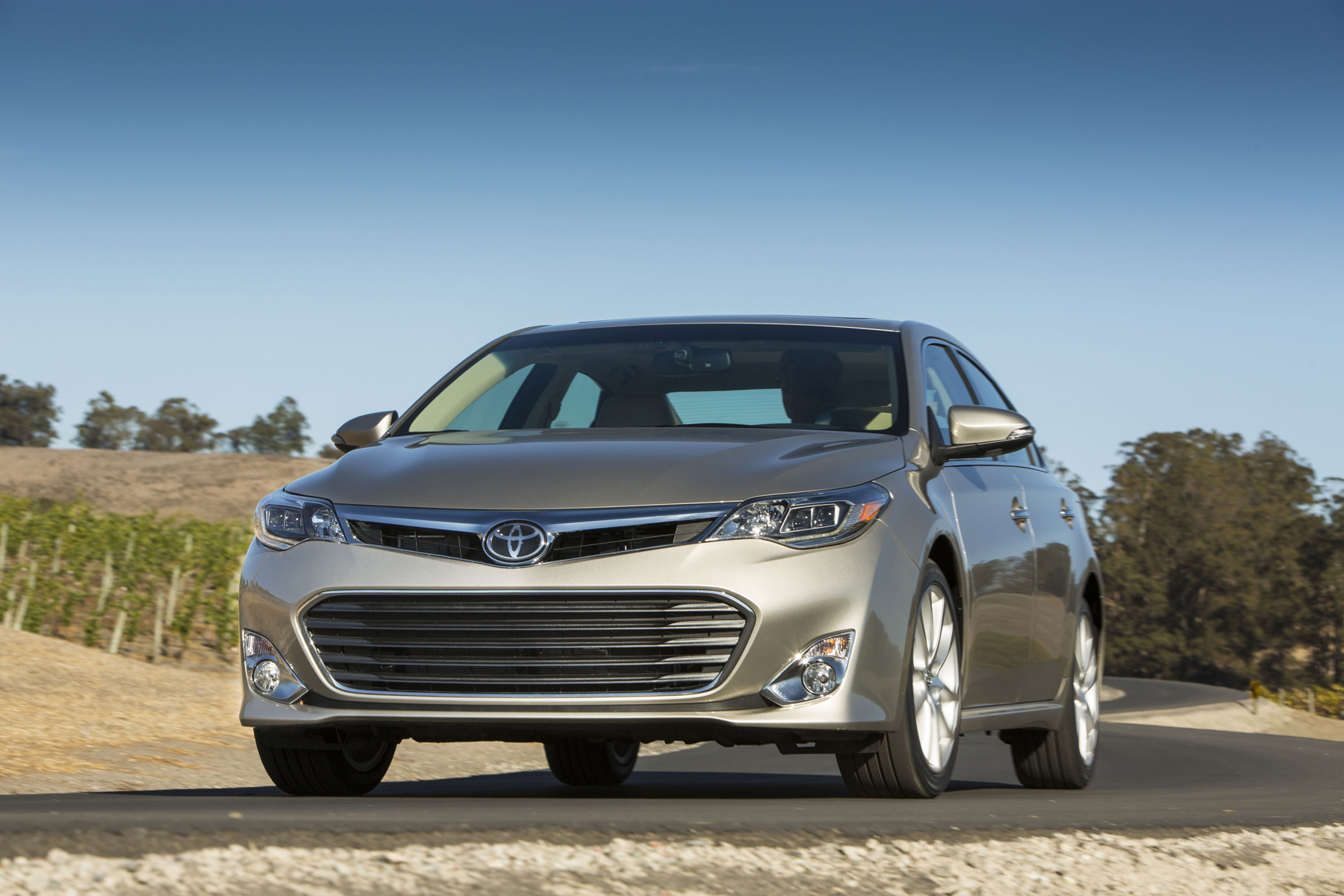 The original was intended to bridge the gap between Toyota and Lexus as Toyota's flagship sedan. It was a cut above the Camry, but lacked emotion.

All that has changed. Toyota has made the decision to reach out to a new group of more youthful, performance- oriented buyers by building a new image for the Avalon -- one that seems to encroach into Lexus territory. Not a bad thing for Toyota for sure, but perhaps not such a good thing for entry-level Lexus model sales.

The 2013 Toyota Avalon comes in four trim levels starting at $30,990: XLE; XLE Premium; XLE Touring; and Limited. In addition to the gasoline versions there's a hybrid Avalon, too. All models are front-wheel drive, with no all-wheel drive system planned at this time.

Powering the all-new Avalon is the 3.5-liter VVT-I V-6 that produces 268 horsepower and 248 lb.-ft. of torque. It's linked to an electronically controlled six-speed automatic. And while serving up ample doses of horsepower, the midsize Avalon sedan delivers good fuel economy ratings of 21 miles per gallon city and 31 mpg highway. 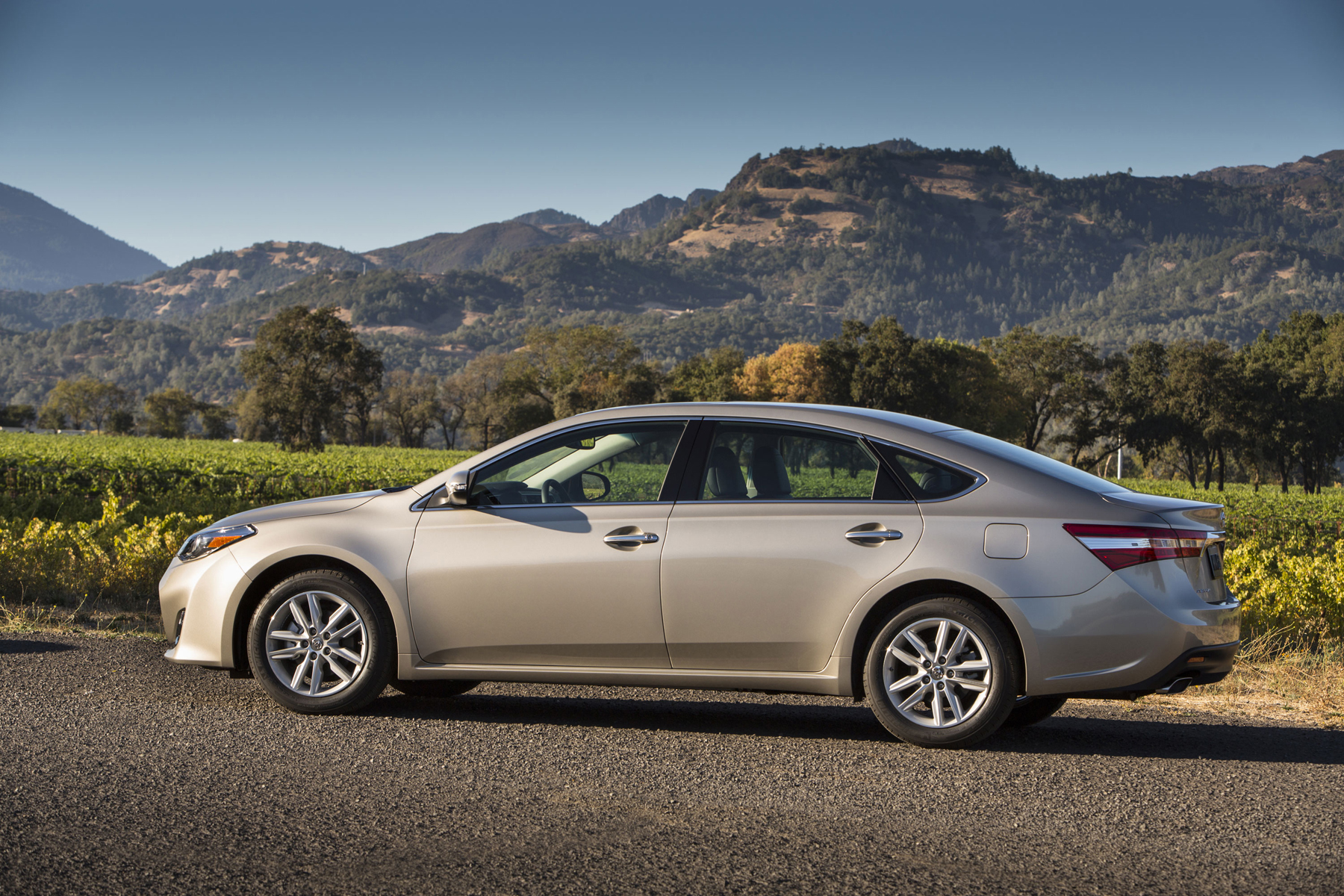 This latest iteration Avalon showcases a distinctive new exterior style, along with a rich interior design with new technologies and a host of convenience amenities.

The dynamic new exterior leads off with a more substantial lower grille that is Aston-Martin-like, flanked by state-of-the-art projector headlamps. The hood is broad and uncluttered, creating the sense of a lowered center of gravity that also aids in emphasizing the wide stance of the Avalon. Fog lamps are now integrated into the trapezoidal front bumper, allowing for a wider illumination angle.

Out back, dual rectangular exhaust pipes are integrated into the lower bumper's trapezoidal form. Taillights have been reshaped to reduce airflow turbulence, and incorporate stop, turn and side marker functions. Unique LED light pipes in keeping with a recent popular trend lend a custom look.

The rear seating provides plenty of legroom for those in the 6.5-foot tall height range, even when behind forward passengers of the same height. The rear seats also recline for added comfort, and there is a power rear sunshade to protect rear occupants from undesirable levels of heat and light, which retract automatically when reverse gear is engaged. A rear center armrest with cupholders and storage may be folded down when there are only two rear passengers, and there is a trunk pass-through provided as well.

Acceleration is crisp and power output is plentiful with smooth gear changes delivered by the six-speed automatic gearbox. Handling attributes are positive and confidence inspiring. The Avalon is quite luxurious, and though it's not officially categorized as a sport sedan, it is capable of holding its own with many more expensive competitors.

The 2013 Toyota Avalon is a luxurious, premium sedan that seats five adult passengers in roomy comfort. The new Avalon includes a host of standard features and equipment, including seven airbags.

The new Avalon is an ideal vehicle for traveling in comfort with sufficient cupholders and storage for added convenience and security for all occupants, or for taking an occasional romp on the track. Yes, it's that good.