Subaru's Forester has been -- and remains -- one of the best-selling crossover utility vehicles in the marketplace since it first debuted in 1998. The Forester is extremely popular in parts of the country where inclement weather prevails. It starts at $21,995 and includes the 2.5i, Premium, Limited and Touring models. 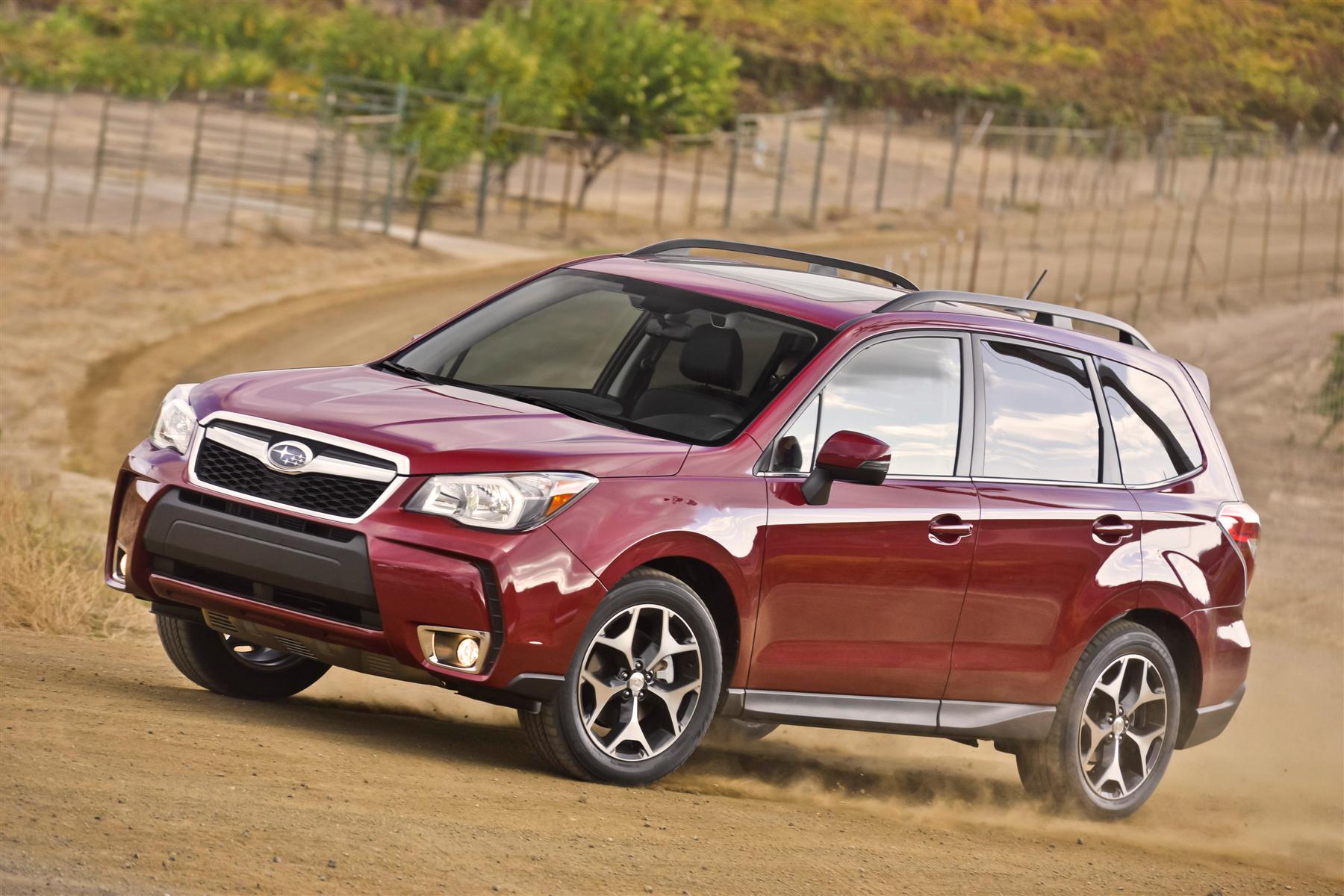 The fourth-generation Forester serves up more interior room, along with a 2.0-liter turbocharged four-cylinder, flat-opposed (boxer) engine with Direct Injection that makes its debut as an all-new powerplant. It delivers 25 more horsepower and 28 more lb.-ft. of torque than its predecessor at 250 hp and 258 torque.

Two engines are available -- the 2.0XT turbo and the 2.5i naturally aspirated four-cylinder that makes 170-hp and 174 torque, which is really the only carryover into the 2014 Forester from the previous model.

strong>The 2014 Forester has two transmissions: a new six-speed manual (up from the former five-speed) for 2.5i models and a new Lineartronic Continuously Variable Transmission with the 2.0XT versions, featuring six gear steps in automatic mode and eight speeds in manual shift mode. 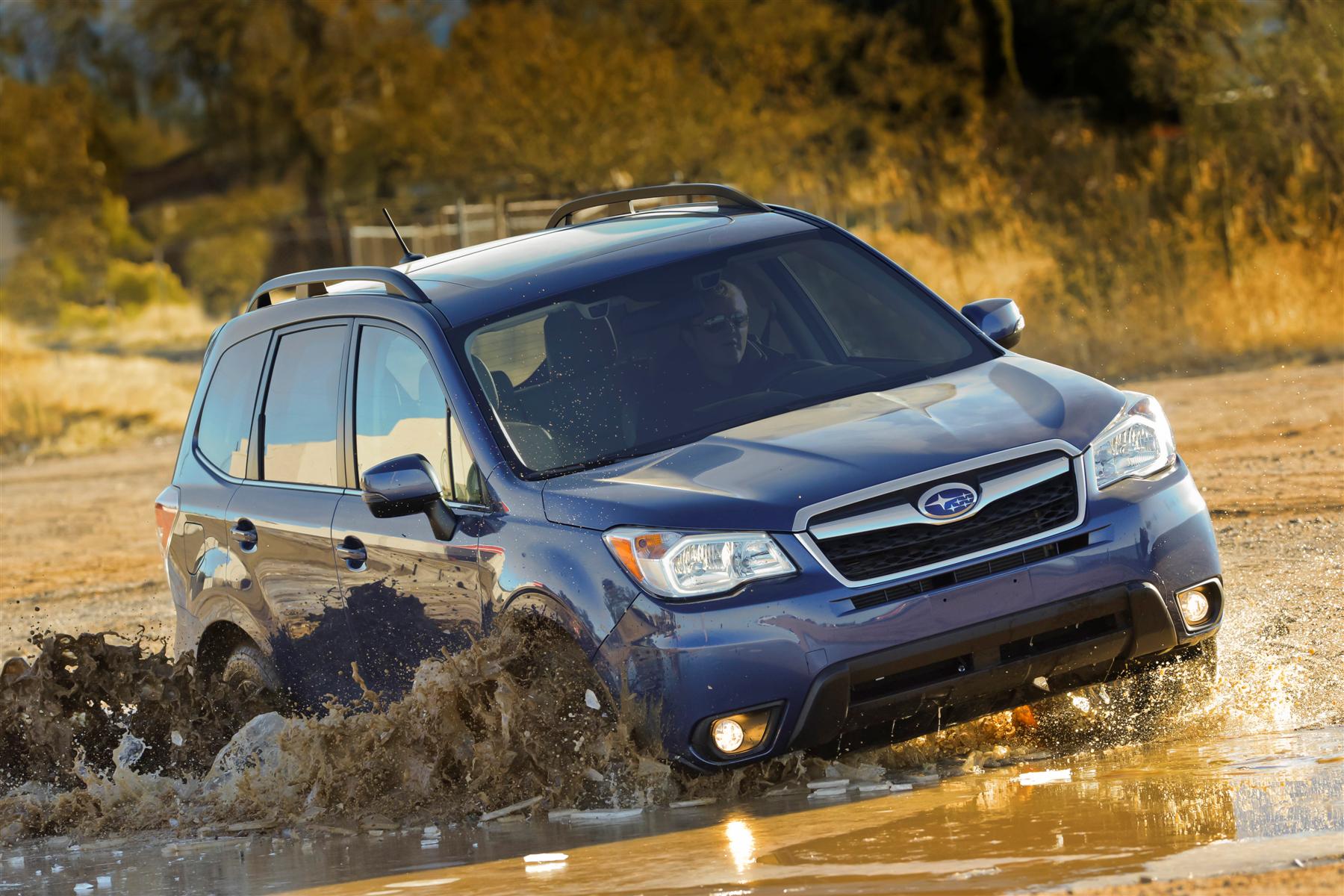 This latest Forester retains its utilitarian properties, but in an even more useful and larger package. The wheelbase has been increased by 1-inch, the overall length by 1.4-inch, and the height also by 1.4-inch. Despite the larger exterior dimensions, the curb weight increases only 46 pounds.

According to Forester engineers, the frame and body actually weigh no more than those of the current model, but torsional rigidity is improved by 150 percent for greater stability, allowing for a meaningful increase in the damping force of the suspension. The doors and openings are now considerably larger for greater ease of entry and exit. Door window frames have been added for necessary structural integrity but I miss the frameless window of earlier Foresters.

At first glance, the 2014 Forester is not dramatically different from its predecessors (why mess with a winning formula?). The A pillars are moved forward, with the front end and hood lower and flatter, displaying a taller grille that reflects the rest of the Subaru line's DNA.

The new Forester now showcases a more SUV-like look, rather than the image of a wagon. Wheel wells are more pronounced creating a fender effect. Lower door edges extend below the inner sills, protecting one's apparel or legs from accumulated road grime when exiting or entering the vehicle. Forester essentially blends evolutionary design themes with sharply defined new details in an all-new body.

Moving to the interior, front space and shoulder room has increased and the dash is deeper with revised instrumentation and graphic video displays. A 440-watt harman/kardon audio system with the Aha smartphone app, a height programmable, power liftgate and Subaru's new, optically controlled EyeSight adaptive cruise control and guidance system are among the feature upgrades and enhancements. 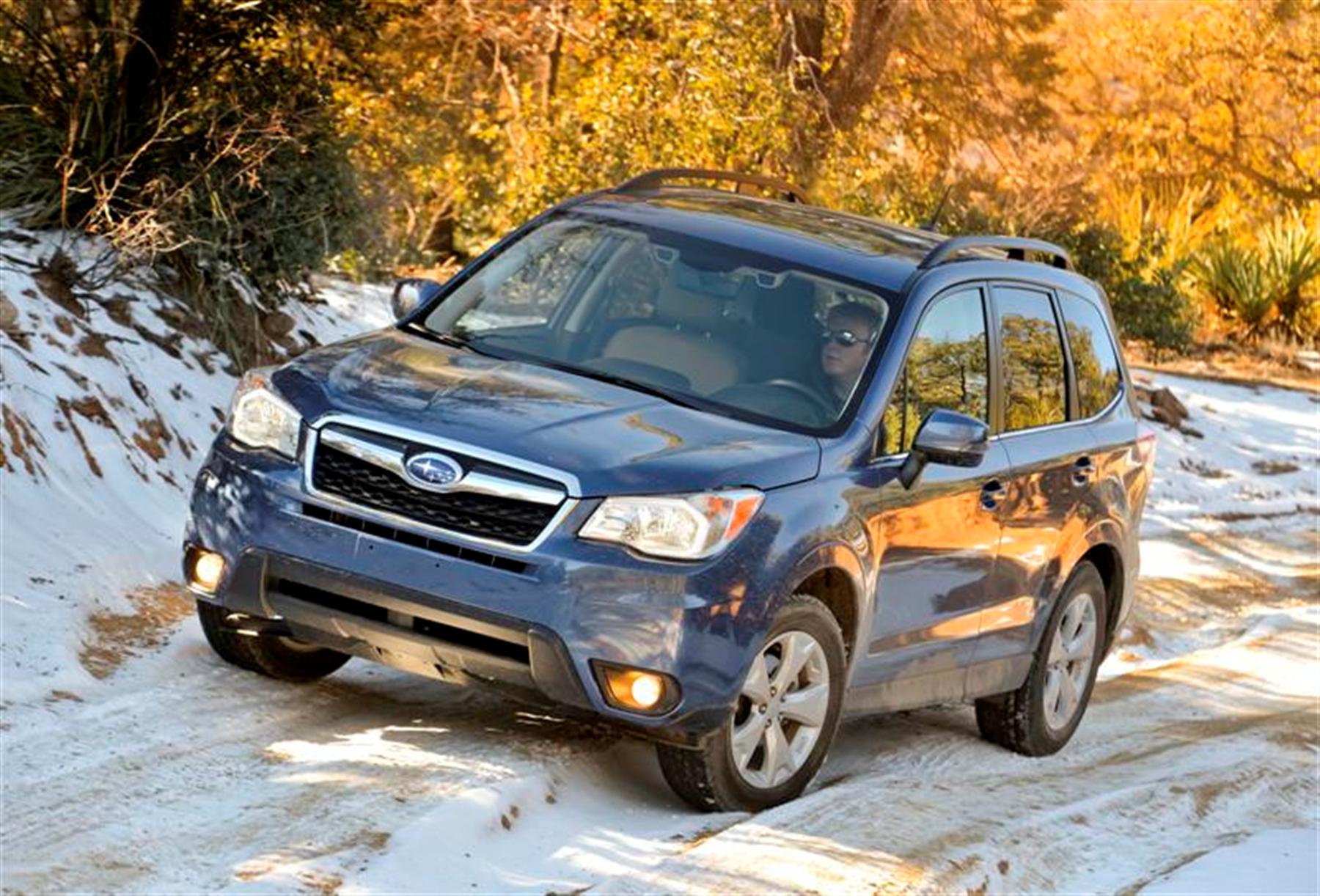 I drove the Forester 2.0XT Touring trim. The turbocharged steed came with an Ice Silver metallic exterior finish and a Black interior. The 2014 Subaru Forester is genuinely "SUV Tough and Car Easy," according to Michael McHale, Subaru's corporate communications director. I have to agree because the off-road prowess of this latest Forester is indeed impressive, as is the on-road experience.

Climbing and descending hills are child's play and freeway stretches all showcase quiet, comfort and stability. Washboard ridden and rutted gravel surfaces with 35 mph designated speeds could be negotiated at 60 mph and above with total confidence and control, thanks to the four-wheel independent suspension componentry and low center of gravity.

Outward visibility is outstanding, as are interior functionality and versatility. The 2.0-liter Turbo four-banger is quick to respond to right foot actions and the CVT performs with the effect of a conventional gearbox, simulating stepped gear changes -- particularly in the manual mode with paddle shifters. The turning circle is remarkably tight -- especially for an AWD car -- at 34.8 feet.

Bottom-line, the 2014 Subaru Forester 2.0XT Touring not only gets the job done as one would expect, but it gets it done in comfort.