The all-new 2014 Kia Forte sedan serves up a sleek design that is now longer, lower and wider. The stylish body sits atop an all-new chassis, allowing for more interior space, better performance attributes, as well as added premium amenities. 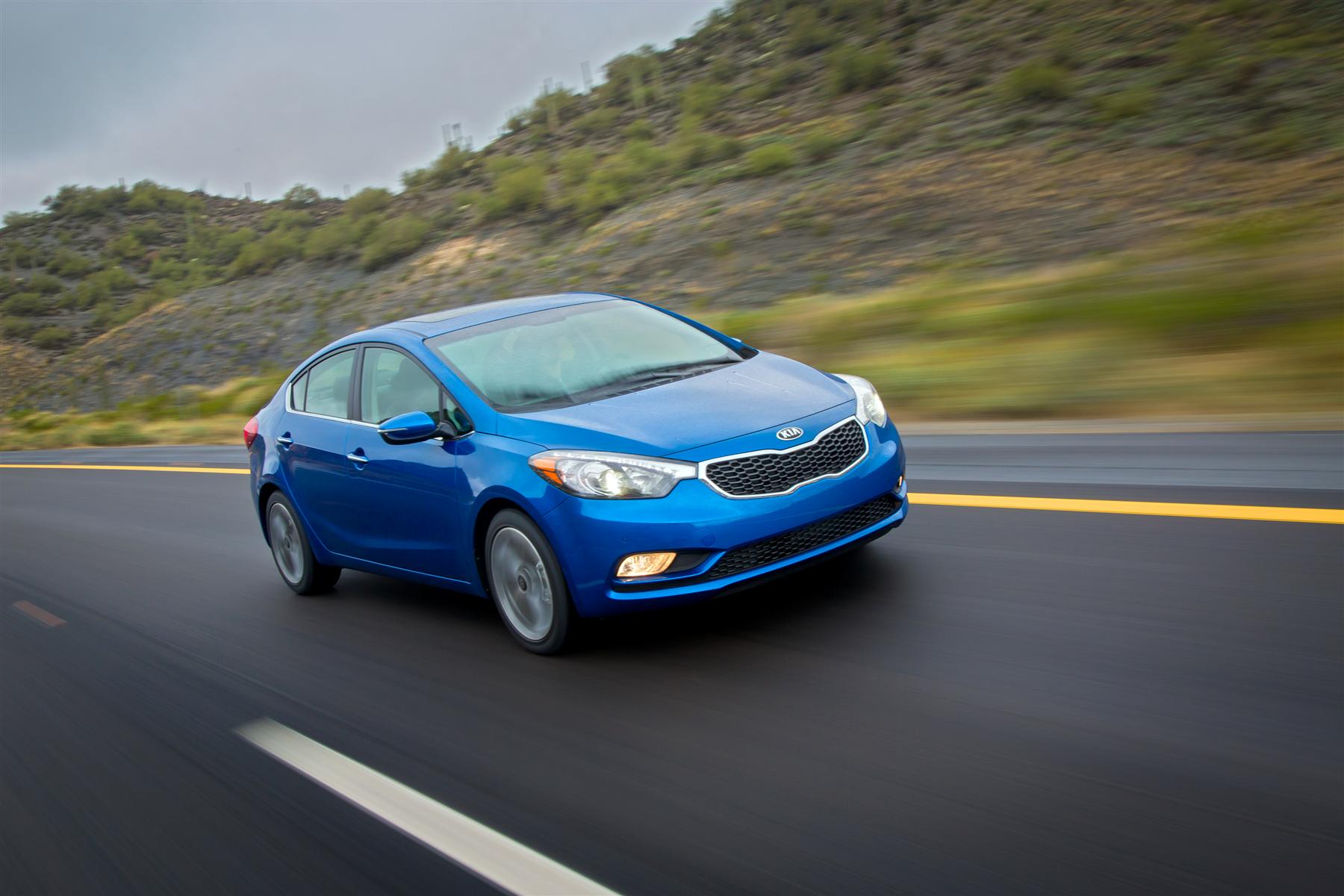 Kia's third-generation Forte is available in two trims: a base LX, and a more upscale EX, with a choice of either a fuel-efficient, 148-horsepower, 1.8-liter, four-cylinder engine (LX), or the more potent 2.0-liter (EX) that features Gasoline Direct Injection, generating 173 horsepower at 6,500 rpm, while also cranking out 154 lb.-ft. of torque at 4,700 rpm. A six-speed manual gearbox is standard in LX models, with the six-speed automatic as an option.

My pre-production test vehicle was in EX trim and appeared with an Abyss Blue metallic exterior finish and Black interior. Mechanicals included the 2.0-liter GDI four-cylinder engine and six-speed automatic transmission. It rode on the optional 17-inch alloy wheels.

Driving the 2014 Kia Forte sedan tester provided pleasant. The 2.0-liter engine was readily responsive, the transmission shifted smoothly in automatic mode, but wheel-mounted paddle shifters would have raised the fun-to-drive level, especially on twisty back roads.

The ride quality is firm, but comfortable, and the handling characteristics are certainly an improvement over the prior model -- even bordering on sporty. 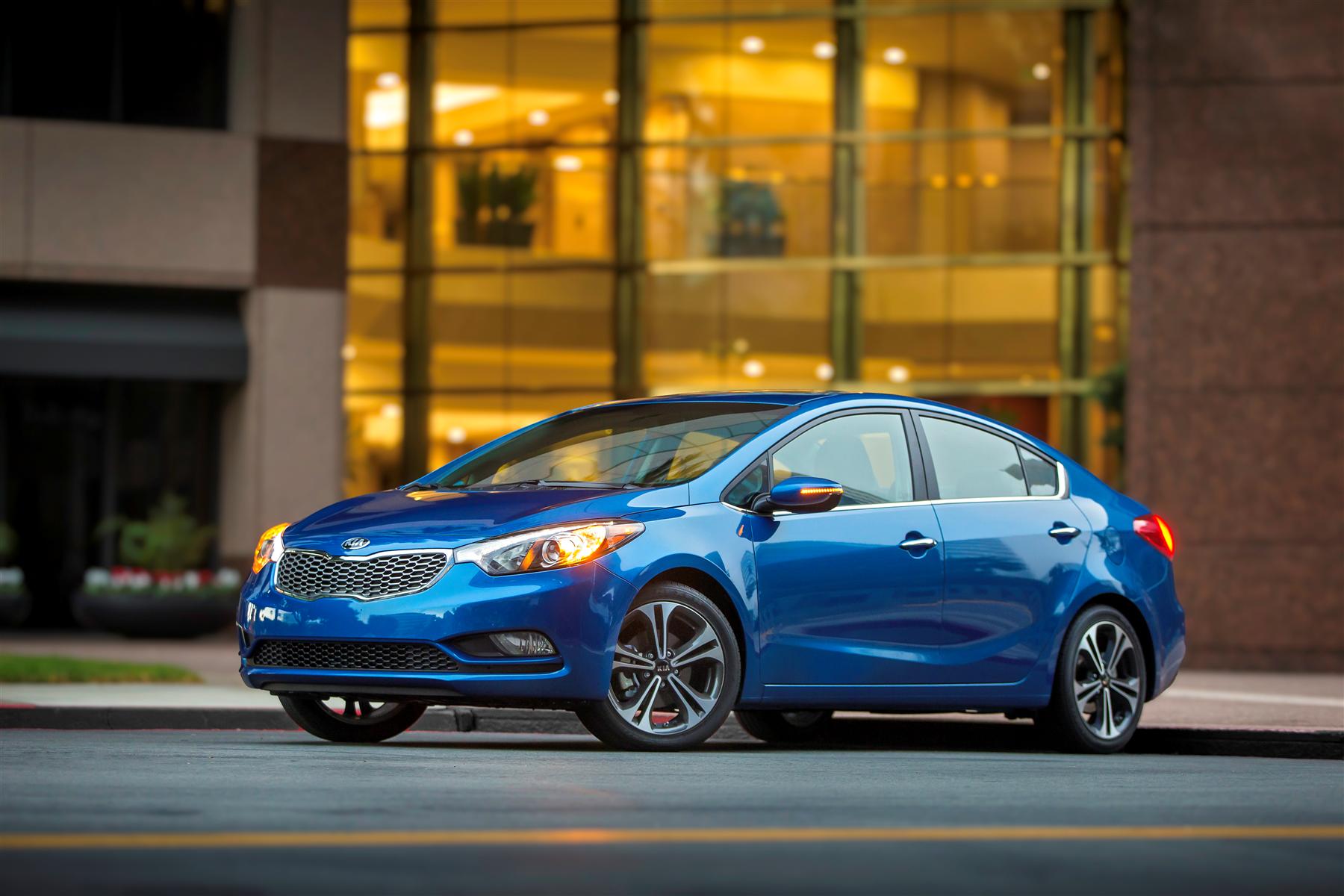 The 2014 Forte's new chassis is 1.2 inches longer, 0.6-inch lower and 0.2-inch wider, which may not seem like a lot, but every little bit helps. The wheelbase is increased by a full 2 inches and suspension componentry consists of a McPherson strut front suspension and a coupled torsion beam rear axle.

Visually, the 2014 Kia Forte displays an aggressive stance, with broad shoulders and a pronounced windshield rake. The sedan styling and modern aesthetic was created at Kia's American Design Center in Irvine, Calif.

Out back, the "up-kicked" fender line and trunk design, with its deep horizontal crease, provide width while allowing the curves of the taillights to flow over the rear haunches. Blacked out "B" pillars give the sedan a coupe-like appearance.

The interior is accessed by wide opening doors, revealing the organic sculpted curves. Soft ripples across the instrument panel offers a serene feeling, with instrumentation angled 10 degrees toward the driver. High quality materials are featured with soft touch points and the gauges are large, dominating the binnacle. Chrome bezels ring the HVAC rotary knobs and the optional push-button start.

While EPA figures are not released, we expect high 30s on the highway from the new Forte. A starting price point below $16,000 should hit the hot button of consumers in the market for an attractive, efficient, practical and fun-to-drive vehicle.