The Fiat 500 fulfills a minimalist attitude, while providing state-of-the-art, eco-friendly technology, packaged in an appealing and stylish vehicle. The 500 is a city-friendly, four-passenger in the subcompact segment format. 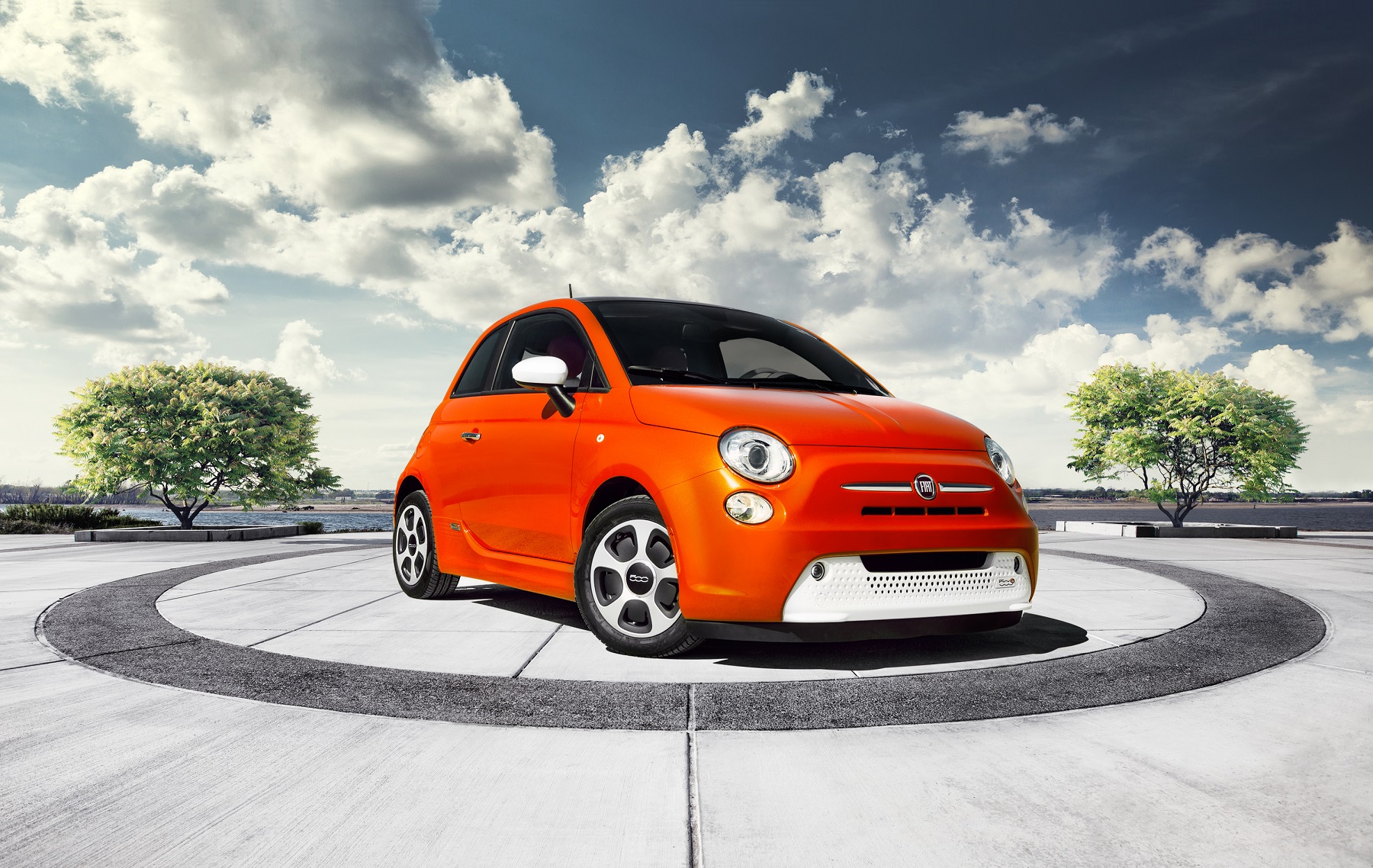 Manufacturer photo: Fiat encourages people to be in charge of their lives, live confidently and celebrate the smallest of things with infectious excitement

New this year is the availability of a battery, electric version in hatchback form -- the 2013 FIAT 500e. The all-new 500e is set to recharge the electric vehicle market segment with its state-of-the-art innovation coupled with Fiat's Italian style and performance.

The 500e offers 100 highway MPGe rating and a class-leading 87 miles of combined city/highway driving range, with a city driving range that measures 116 miles.

Power for the 2013 FIAT 500e comes from a permanent magnetic electric traction motor with electric-parking pawl with energy provided by a Bosch Battery Pack -- 24 kilowatt-hours (kWh) capacity with 97 lithium-ion cells, and Thermal Management System. The motor generates 111 horsepower (83 kW), along with 147 lb.-ft of torque (200N-m). Motive force is metered to the front wheels via a single speed automatic transmission.

During the national press launch, my driving partner and I tested a 500e Sport Package-equipped model with Orange mirror caps and body side stripe, as well as 15-inch, orange-trimmed alloy wheels and Black trimmed lights. The base price was set at $31,800 while the Sport Package and Destination charge bumped the final tally to $32,995. 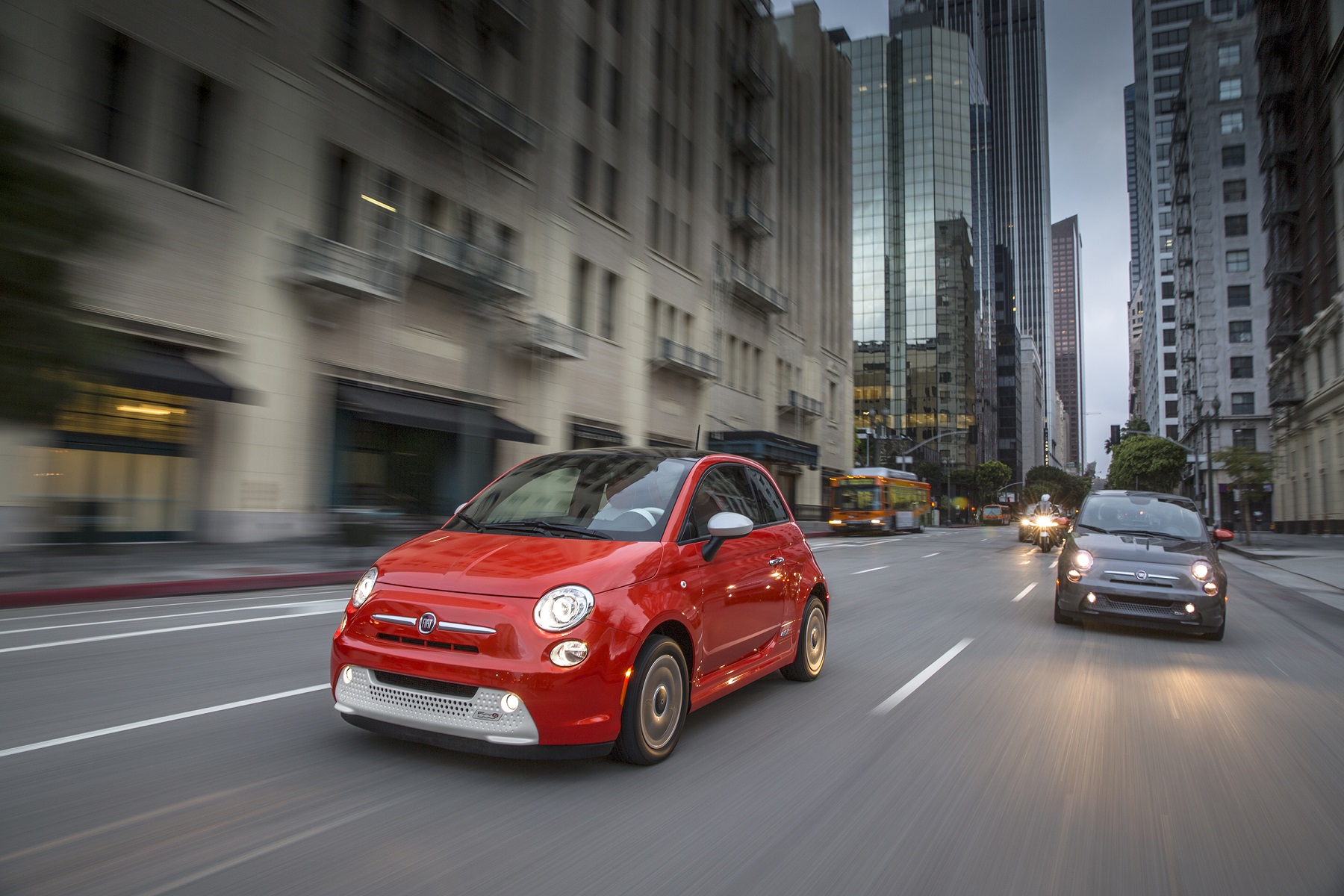 Driving the 2013 Fiat 500e is just like driving a gasoline-fueled Fiat 500, except that the 500e peels off-the-line like a rocket, which on one occasion surprised an ultimately embarrassed BMW driver. Yes, acceleration is genuinely surprising despite its low horsepower rating, but the car only weighs 2,980 pounds and the single speed transmission with all of the available torque instantly gets the job done.

The 500e is incredibly stable and handles as if on rails, with a pleasantly compliant ride quality. The regenerative braking is quite effective in extending range, while operating almost imperceptibly. Charging, when fully depleted, with the 6.6-kW on-board charging module takes less than 4 hours.

Overhangs are short and wheel arches are flared as the body-side A-line slopes from the clean clam-shell hood to fender cut. In the back, taillamps flank the rear-opening liftgate, with its window spanning the full width.

The interior styling and design cues are as simple and appealing as those of the exterior. Controls are logically placed for easy and intuitive use. Features such as the concentric instrument cluster containing speedometer, tachometer and trip computer were inspired by the original 500. 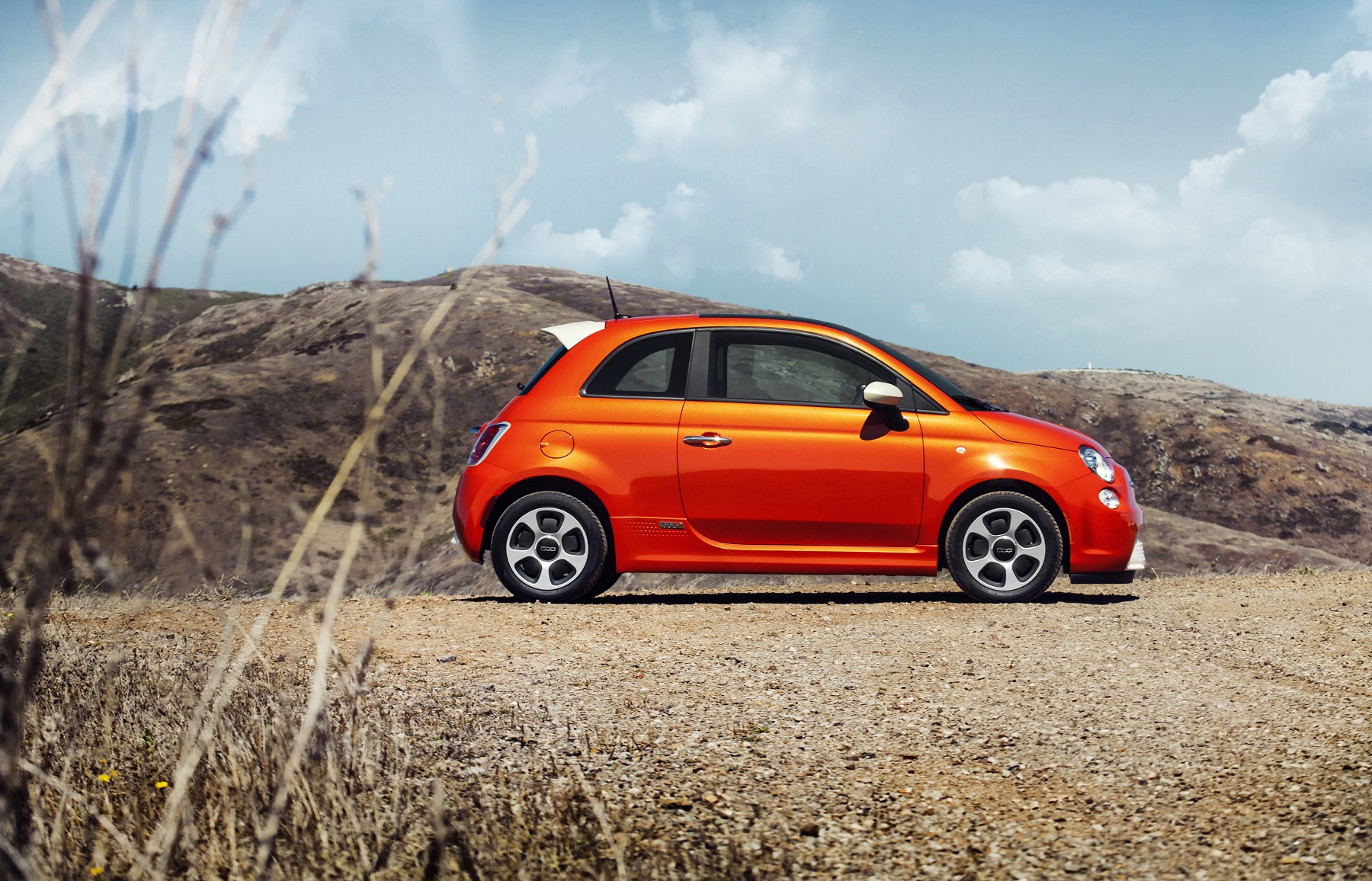 Rear seat room is still best left to small adults or children, particularly with larger front seat occupants. The rear seatbacks fold down for added functionality and versatility, with a reasonable amount of room for personal gear, even with them up. The Sport model's seats are specially designed for added support and comfort.