Now entering its third generation, the all-new 2014 Lexus IS sport sedan borrows some of its spirit and inspiration from the automaker's LFA Supercar -- an extremely limited edition, race-ready creation of 552 horsepower. 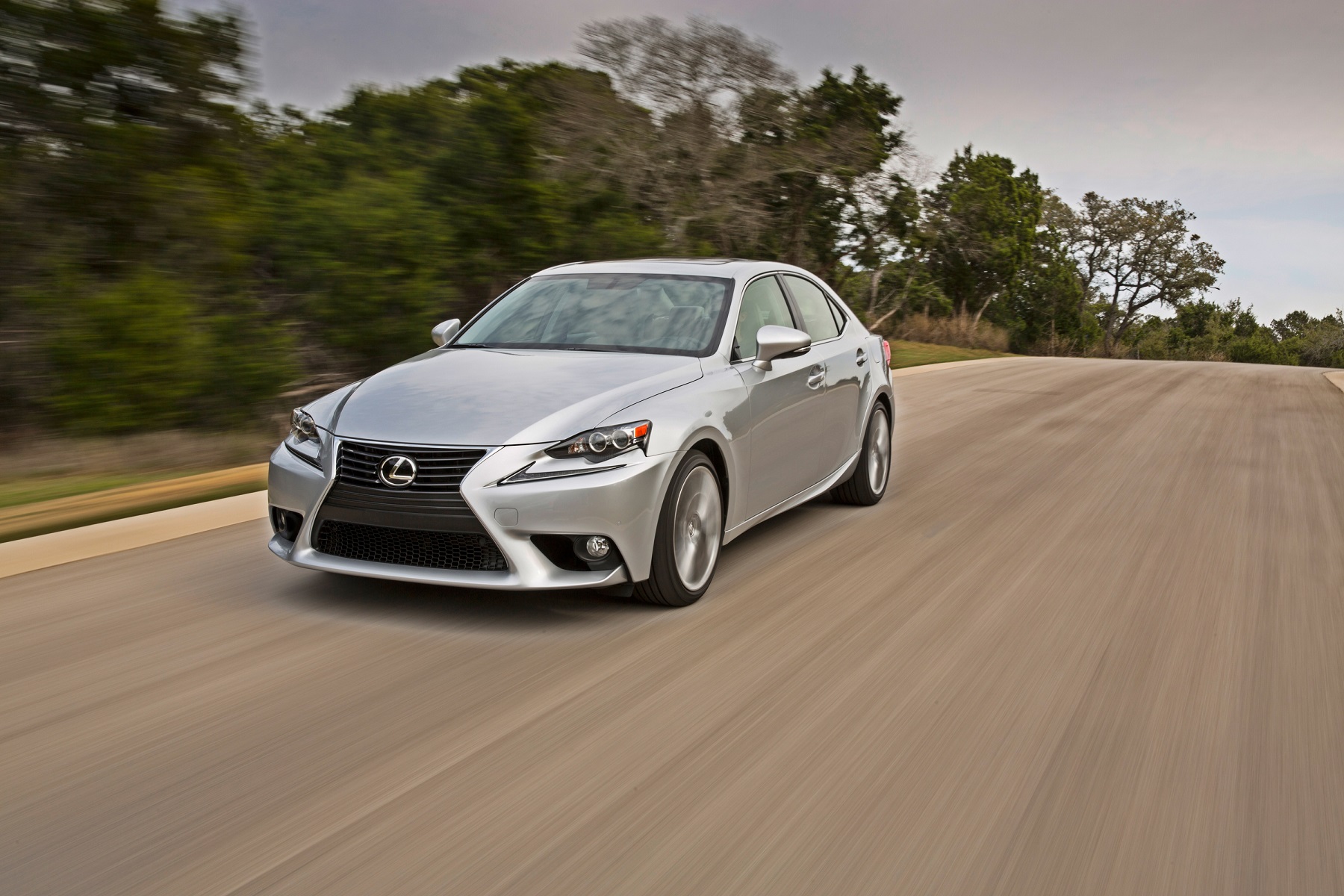 Visually, the 2014 Lexus IS showcases a sleeker and much more aggressive exterior look, with a seemingly lower stance. Its blacked out B pillar and bright surround trim gives the aerodynamic sedan a coupe-like persona.

The wheelbase is stretched nearly 3 inches, with the width increased by almost a half inch. The LFA-inspired nose displays a more dramatic evolution of Lexus' signature spindle grille, featuring a more three-dimensional design with a chrome-plated frame and darker gray insert both top and bottom.

Inside, the driver-oriented cockpit design also draws its inspiration from the Lexus LFA supercar. The dashboard is divided into two separate zones: a display zone and an operation zone, providing drivers a more comfortable and ergonomically ideal interaction with the vehicle's control systems.

The longer wheelbase and a special front-seat design increases rear seat legroom by 1.6 inches, and the rear features standard 60:40 split-folding seats. There are soft touch finishes throughout, including padding on the center console sides, highlighted by a silver metallic trim analog clock with surface-emitting illumination. 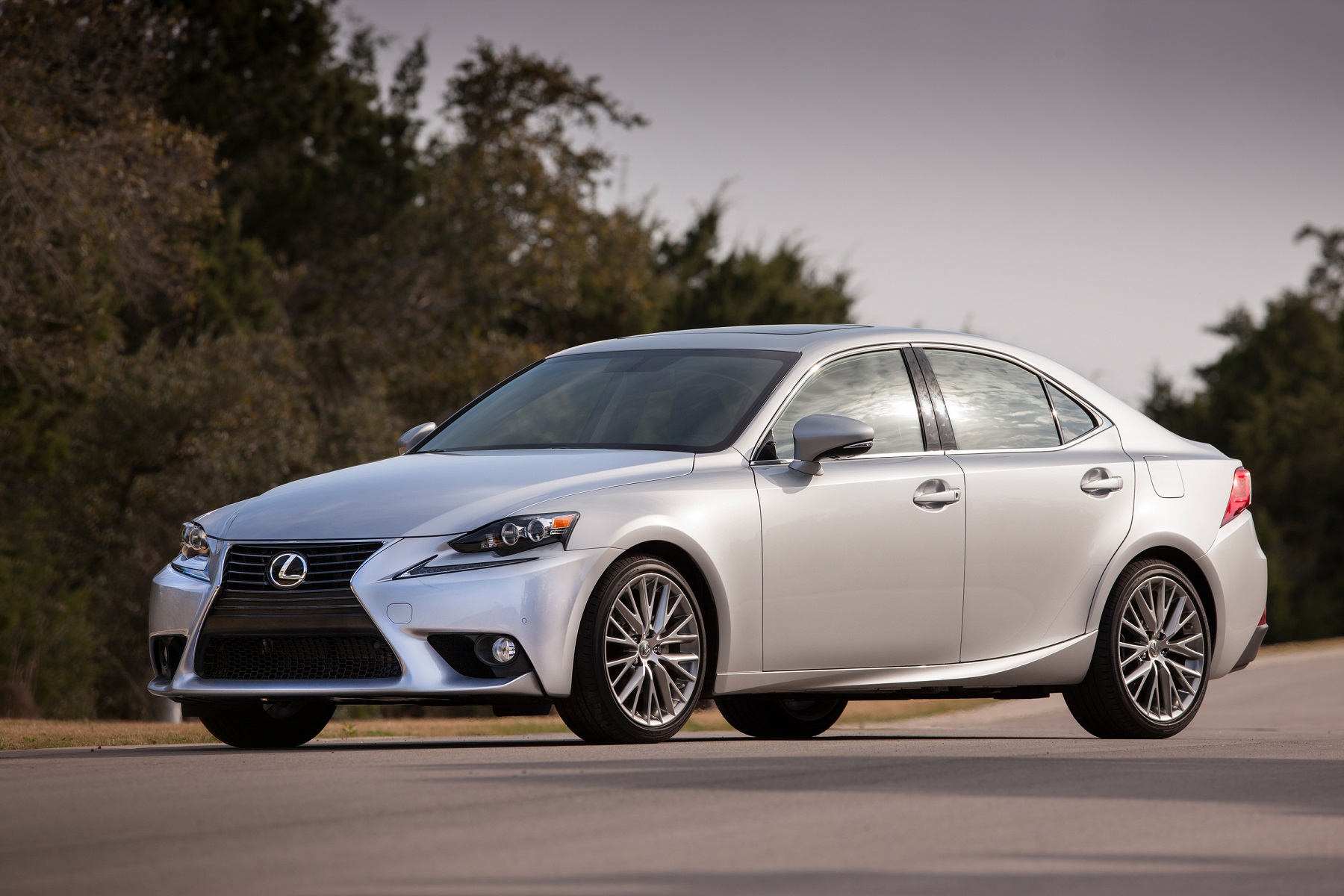 The 2014 Lexus IS sport sedan line-up consists of two vehicles: The IS 250 and the IS 350 -- both V6s, which come standard in a rear-wheel-drive configuration (AWD optional). The IS 250 and IS 350 AWD gear motive energy through a 6-speed, electronically controlled automatic transmission with intelligence (ECT-i) featuring steering wheel mounted paddle shifters. The IS 350 RWD come with an 8-speed ECT-I automatic.

The Lexus team formulated a unique drive opportunity to test the entire lineup of 2014 Lexus IS models. The test was staged at Alameda Point, Calif., with two separate autocross courses set up. the first was a tight, challenging course for the purpose of comparing competitors, which included an Audi 2.0T, a BMW 335i and a Mercedes-Benz C-350. The second autocross, a timed venue, pitted test-drivers against each other for the best elapsed time exclusively in Lexus IS models.

Power delivery is what we would expect from each of the V6 engines, with the 3.5-liter obviously exuding a higher output, along with a more pleasing sound. The 2.5-liter is totally adequate however, and both the 6- and 8-speed automatics metered energy seamlessly. In terms of handling characteristics, I preferred the IS 350 RWD for its heightened feeling of agility.

The ride quality is firm and stable, but is not at all harsh. The interior ambiance seemed well above average, especially considering the pricing structure of the entire stable. The seats of the IS models are by far the most comfortable and supportive of the competitive set, which includes BMW's 3 Series and Mercedes' C-Class.

In the final analysis, even though the 2014 Lexus IS 250 and IS 350 are categorized as entry-level luxury sedans, they might just be considered to be a cut above that ranking. The entire IS lineup delivers good looks, sumptuous interior comfort and a high level of satisfying, sporty performance. It may not outperform BMW's 3 Series on the track in terms of overall handling prowess, but it can definitely hold its own. It is sure to attract younger, upscale tuner types.