There are people who perceive Acura's MDX as falling into the SUV category, while others think of it as a seven-passenger minivan. In reality it qualifies as both, in addition to being a great deal more. 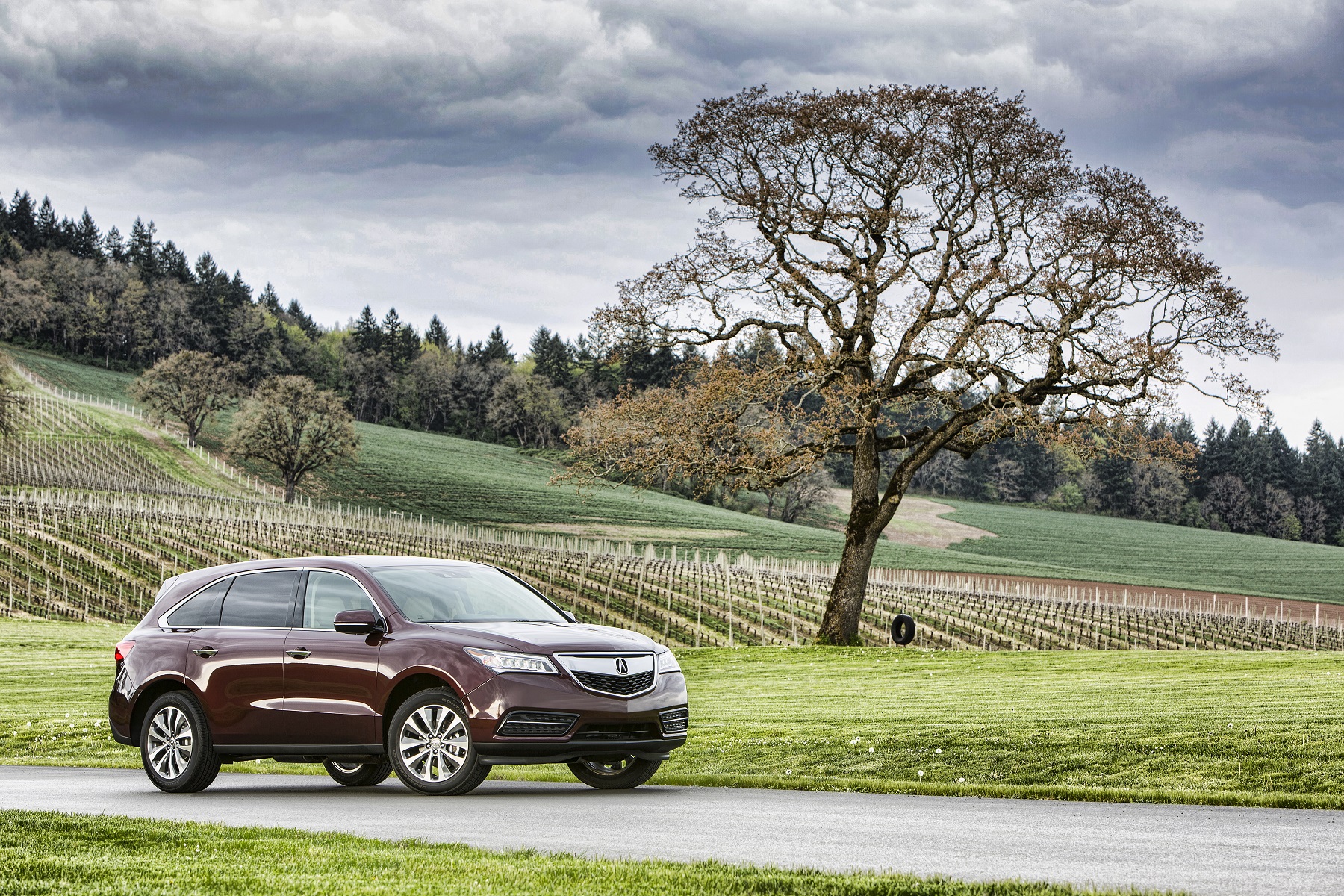 Enter the 2014 Acura MDX with an all-new body and all-new chassis. The exterior styling features what Acura refers to as "Executive Aero Sculpture" with a sleek efficient new look that reflects a tailored business formal attire and an emotional and expressive sophistication. The effect is a synergy between human and machine -- think of it as an executive family jet.

Design inspiration for the bold, lean and contemporary execution is influenced by high-powered mega yachts -- with elements such as the large, clean surface areas accented by decisive line breaks, coupled with dynamic surface curvature treatments. The styling continues to reflect a harmonious blend of utility, luxury and tastefulness.

The 2014 Acura MDX measures 2.0 inches longer than the previous-generation MDX and has a 2.8-inch longer wheelbase. MDX's height has been lowered by 1.5 inches, and rear step-in height is reduced by 1.8 inches compared to the outgoing model. All the revised body shaping results a smaller frontal area for improved aerodynamic efficiency, and a slightly narrower body for improved garage-ability, while the longer wheelbase helps to enhance ride quality and interior spaciousness.

Still present in the MDX is a strong and efficient V-6 power, sport-tuned suspension and Acura's acclaimed Super Handling All-Wheel Drive. The MDX's power source is a 3.5-liter 24-valve i-VTEC, Direct Injected V-6 that generates 290 horsepower and 267 lb.-ft. of torque via an electronic (drive-by-wire) throttle to all four wheels through Acura's SH-AWD through a 6-speed automatic transmission. 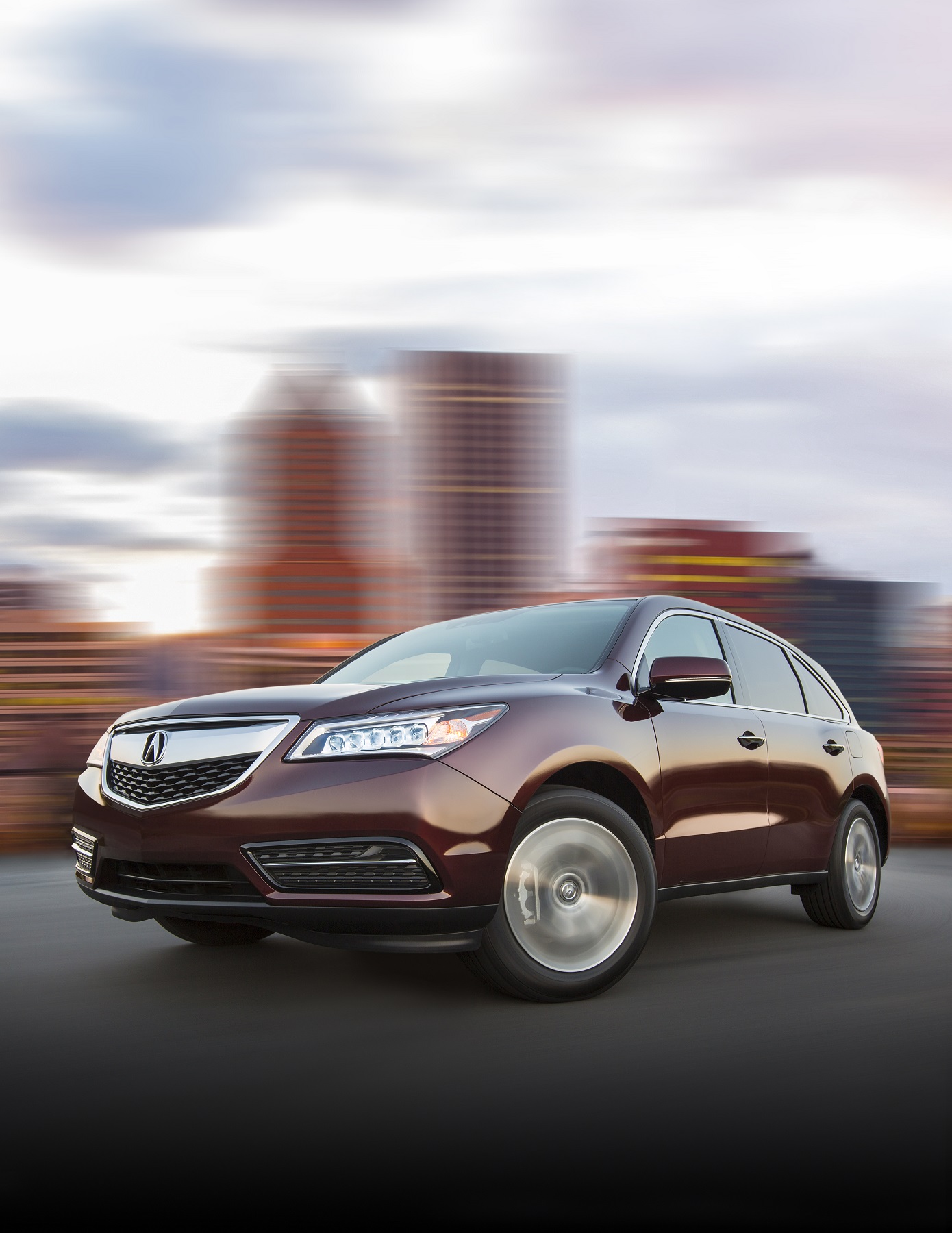 strong>Four MDX trims are offered: Base; Tech; Tech/Entertainment; and Advance/Entertainment. Base pricing starts at $42,290 and goes to $56,505 for the top trim. My 2014 Acura MDX test vehicle came equipped with both the Advance and improved Entertainment packages (the new rear entertainment system utilizes a 16.2-inch split screen display). The base price was set at $56,505, while the final sticker totaled $57,400. The price admittedly represents a substantial investment, but keep in mind this is a luxury crossover that accommodates seven in vastly improved seating.

Second row seats now move at the touch of illuminated buttons -- one on the lower cushion and one on the second row seat back. Second row seating is split 60/40 and folds flat, while third row seats feature a 50/50 split that also flatten with auto-fold headrests. Front seats are ventilated and heated with the climate control system. There is under floor storage behind the third row with a damped cargo lid.

The tester's power is more than substantial, placing the 2014 MDX in the performance category with sedan-like handling characteristics and ride quality. The SH-AWD is perhaps the most significant feature as far as vehicle stability and handling are concerned, as it "actively" varies the torque distribution between the front and rear axles, as well as between the left and right rear wheels, providing maximum grip under all driving scenarios. The system operates seamlessly and automatically, overdriving the outside rear wheel up to 1.7-percent faster than the front wheels helping the vehicle to "rotate" around a corner.

The high level of versatility and functionality that the 2014 MDX provides -- along with its luxury sedan-like ambiance and driver-oriented cockpit -- are big pluses. The MDX serves up a quiet ride with improved NVH reduction (noise-vibration-harshness), whether seated up front or in the rear. The MDX is capable towing a load of up to 5,000 pounds.