Toyota's Compact Corolla is All-New for 2014

Corolla is the best-selling car on the planet. For 2014, the Toyota Corolla enters its 11th generation as an all-new model -- and is truly a global product being sold in 154 countries. 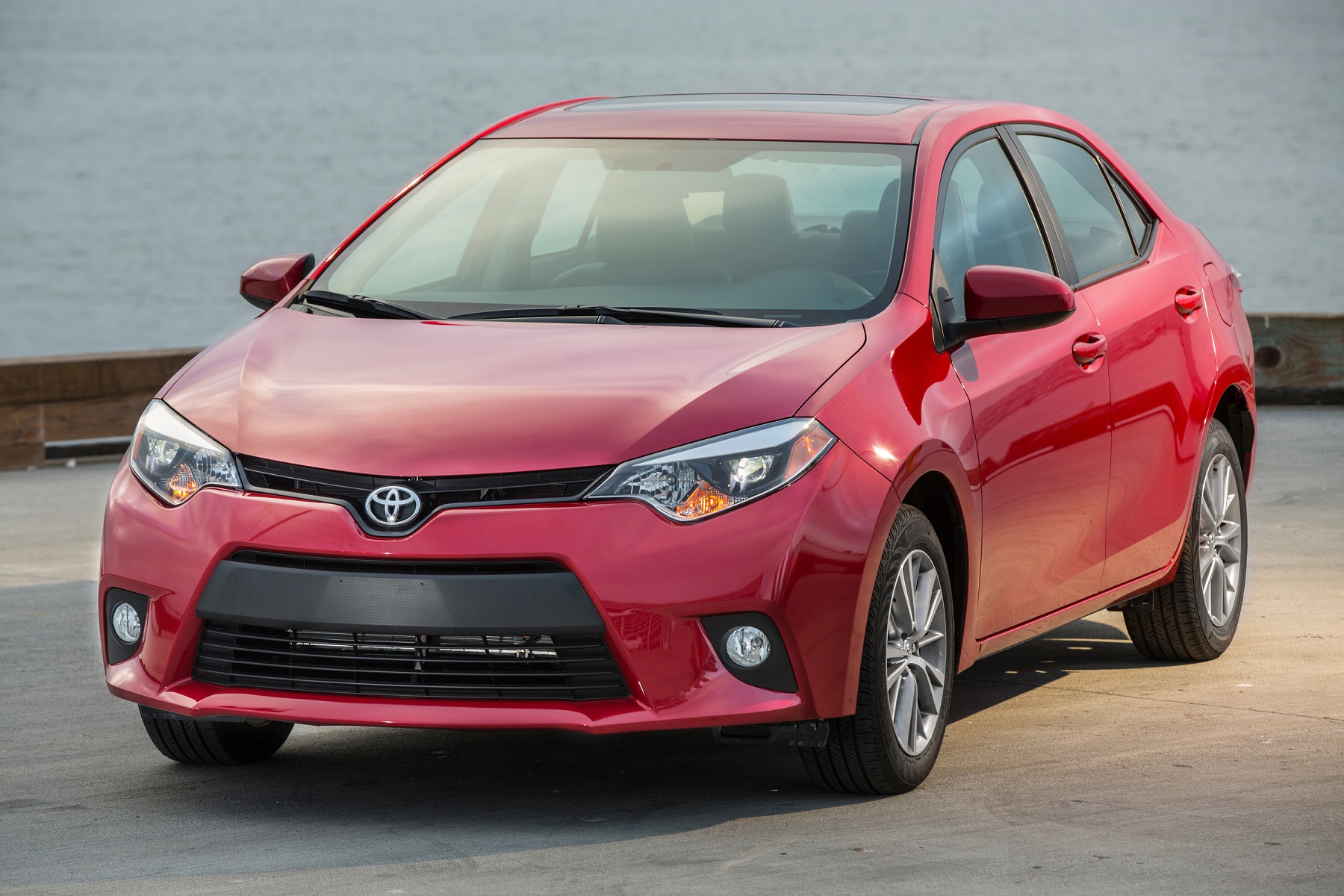 The Corolla delivers an unexpected exterior that is both expressive and chiseled, displaying a more taut design with athletic proportions. The wheels are stretched further to the four corners while featuring shorter overhangs front and rear. Styling showcases a more tapered look for a more dramatic expression.

Sleek surfaces are complemented by the aerodynamic LED headlamp assemblies. Door handles are integrated into the body, aligning with the side profile character line that spans the length of the door surfaces. The new C-pillar features a "faster" longer sloping angle that blends to the rear deck in a bolder fashion.

The new interior creates a functional and inviting space with craftsmanship. The dash structure helps to enhance the sense of spaciousness, too. The interior serves up a premium aesthetic with its use of piano-black gloss trim, highlighted by metallic ornamentation and trim. Depending on interior color theme chosen, blue, black or amber pinstriped accents are used in conjunction with the dash and door panel ornamentation. Ornamental stitching appears along the leading edge of the dash pad for a more upscale look. A decorative boot is available with ornamental stitching surrounding the shift lever.

Two different gauge clusters differentiate and distinguish models -- Corolla L, LE and LE ECO gauges appear with three gauges, while the Corolla S model comes with two gauges separated by an information panel. All trims offer a base, Plus and Premium equipment levels. 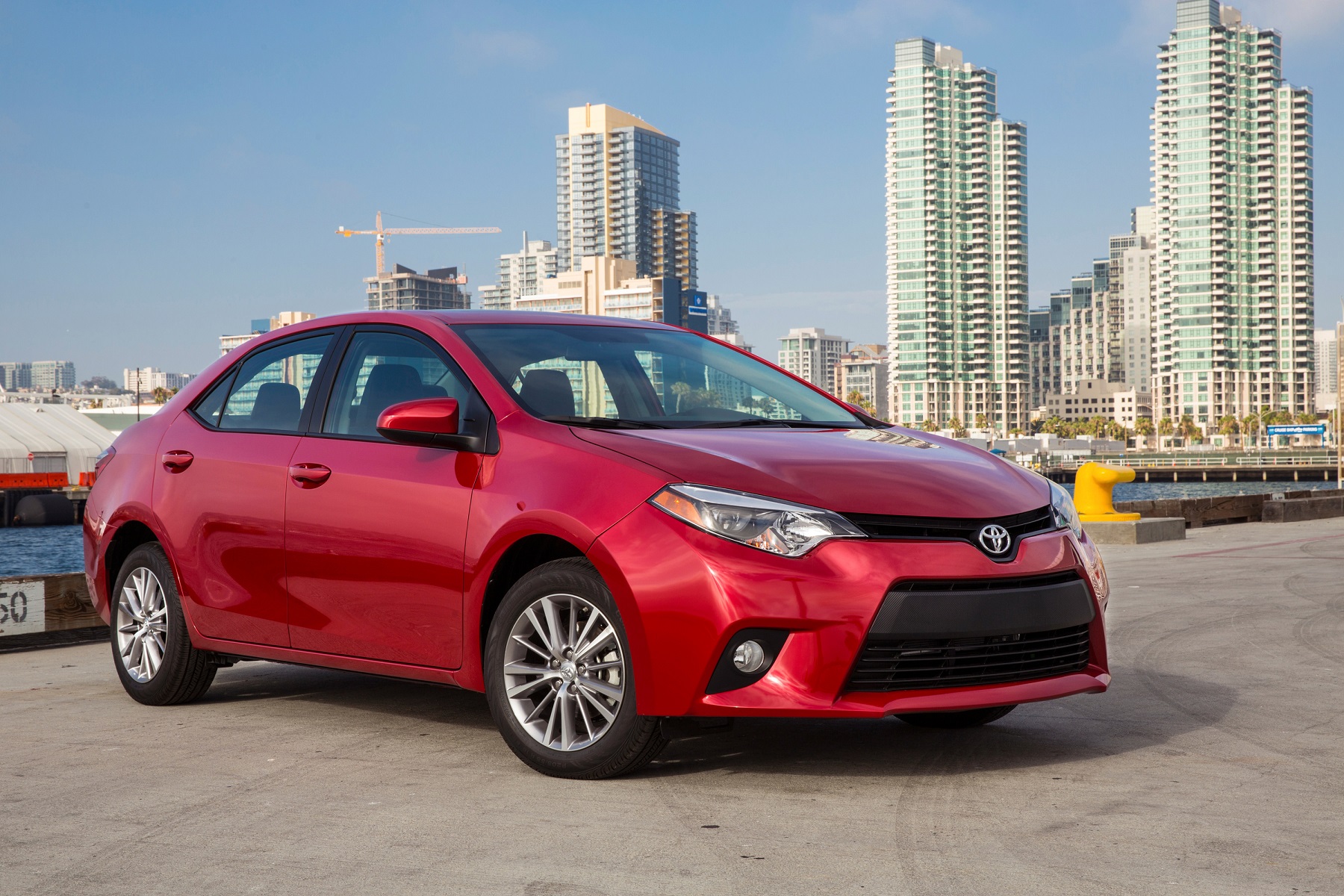 Two engines are offered for the 2014 Toyota Corolla -- both are 1.8-liter, 16-valve four-cylinder units with Dual Independent VVT-i and electronic fuel injection. One engine delivers 132 horsepower and 128 lb.-ft. of torque, appearing in L, LE and S grades. The other version of the 1.8L powers the LE ECO and generates 140 horsepower and 126 lb.-ft. of torque. Four transmissions are offered, depending on the model trim.

I drove the 2014 Corolla S Plus model with the six-speed manual transmission, which sported a Blue Crush metallic exterior and a Black interior. The base price was set at $19,700 with a final sticker total of $22,870 after adding the Moonroof and Driver's Convenience Packages. I also piloted the Corolla LE ECO Premium grade finished outside in Blizzard Pearl and the inside in Black.

The 2014 Toyota Corolla is truly elevated well above its predecessors in terms of styling and visual appeal, equipment levels, value, comfort, function and versatility.

Ride comfort was above average for a compact car and handling attributes bordered on sporty. The manual gearbox took some getting used to at the outset, with the clutch engagement being a little tall. The CVT actually provided a more enjoyable experience on the LE ECO.

Acceleration, which is on the low end of the spectrum, seemed adequate, but both powerplant versions would benefit from more power, perhaps best generated by turbocharging. The 1.8-liter four-banger makes vehicle occupants aware of its presence when under load, and passing on a grade requires full throttle, with the pedal pressed all the way to the floor to take care of business. The LE ECO grade with the CVT transmission actually seemed to perform better than its S Plus stable mate -- the few extra horses were definitely appreciated. 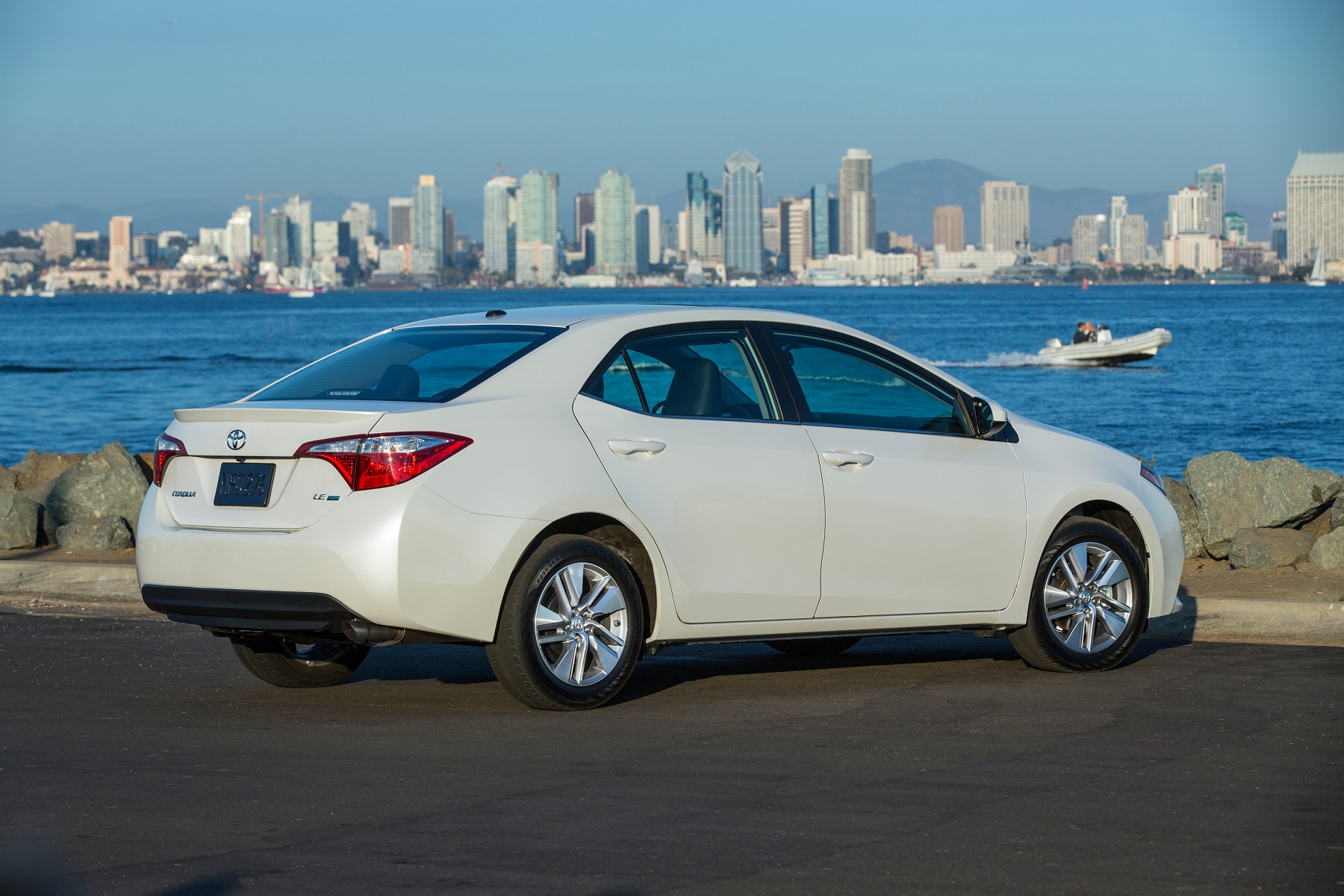 This latest Toyota Corolla fills the role of affordable, comfortable, compact transportation quite well, and it will no doubt continue to reign, certainly as one of the best.