The Jetta is a best-seller for Volkswagen, but there's no time to rest, as engineers have made significant changes to the 2014 sedan.

As with its larger Passat sibling, the Jetta's 2.5-liter five-cylinder engine in the SE and SEL trims is being phased out and replaced by a new EA888 Gen 3 1.8 turbocharged four-cylinder engine that delivers the same 170 horsepower. The 2014 Jetta represents a definitive step in the right direction toward a more efficient vehicle.

This new engine has more torque at 184 lb.-ft. (increase of 7) while also making big gains in fuel economy. This engine does 5 miles per gallon better on the highway than the 2.5-liter model. Coupled to the six-speed automatic transmission, EPA estimates for the new 1.8T are 25 mpg city and 36 mpg highway.

The 2014 Jetta features electric steering assist, replacing the hydraulic power-assisted rack-and-pinion steering on models with the 1.8T engine. All 2014 Jetta models also now have a multilink rear suspension, which is a replacement for the torsion-beam configuration.

The new Jetta delivers what the marketing suits refer to as "class-up appeal," which is the practice of providing more features for less money. The Jetta's base starting price is $15,545. 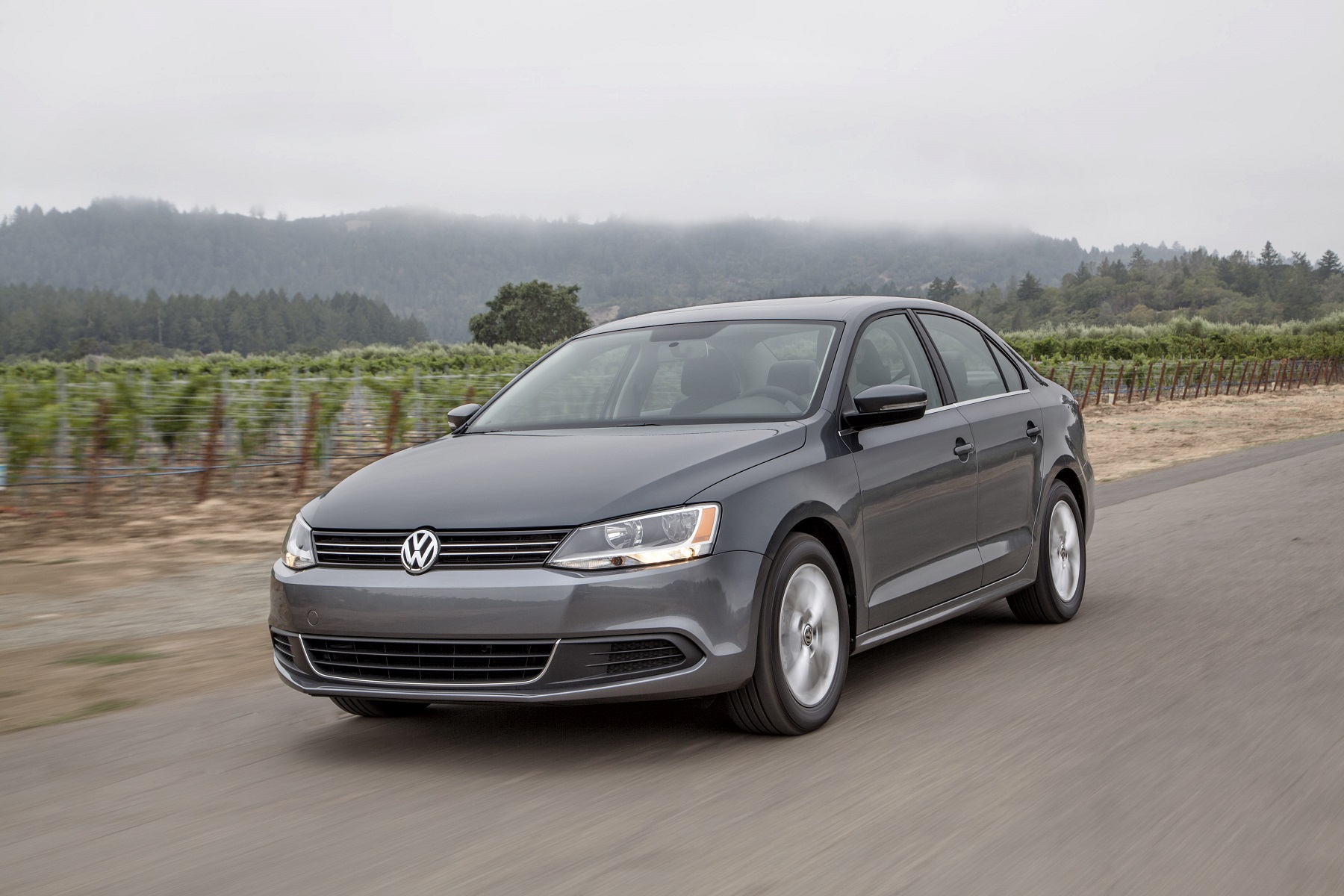 My test 2014 Jetta came in SEL trim wearing a Candy White exterior and sporting a two-tone Cornsilk leatherette interior with a base price of $25,590. The 2014 Volkswagen Jetta SEL is an attractive, if not emotionally stirring, affordable four-door sedan.

Driving the Jetta SEL is quite pleasant. The quality of the ride is comfortable, without being too soft or too firm. Handling attributes belong in the "sporty" category with a pleasing level of agility noted during my spirited maneuvers.

The 2014 Jetta is essentially a redesigned car that's bigger than before. It features a longer wheelbase as well as 2.9 inches added to the overall length. The increased dimensions allowed designers to incorporate clear, precise lines and muscular surfaces, intended to impart a timeless elegance, while offering the impression of a car from a higher class.

Up front, the windscreen displays a coupe-like incline, with the consistent use of horizontal lines defining the Jetta's fresh new design. The grille's horizontal blades, together with the blades in the lower intake, were designed to make the Jetta appear wider and more dynamic.

The Volkswagen design team created a pronounced character line to break-up the tall body sides of the 2014 Jetta -- called a "tornado" line -- that cuts through the large body-side surfaces, running as a sharp crease from the front and fading as it reaches the rear. The base of the doors is eased outwards to add visual weight to the lower part of the front-wheel-drive sedan and to impart a sense of being planted to the road. 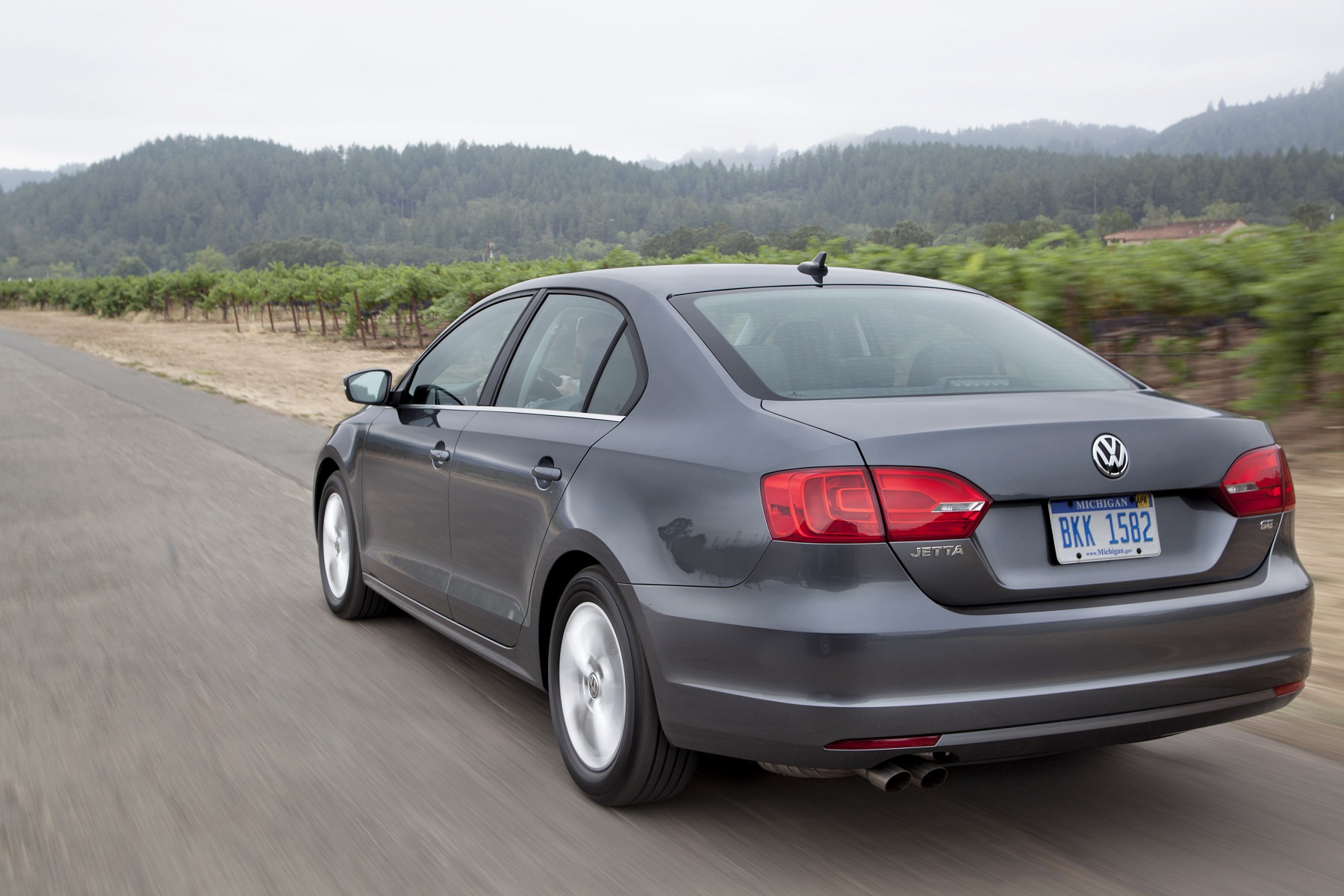 The Jetta GLI trim features a more dynamic look than the regular Jetta, courtesy of its honeycomb grille, a deeper front spoiler and GTI-style vertical foglights and red-painted brake calipers. In the rear, are smoked taillights and dual exhaust tips.

The standard equipment and features inventory is most impressive, including a host of safety oriented technology, as well as comfort and convenience items.

Inside, VW's Media Device Interface (MDI) cable has been repositioned from the glovebox to the center console. For 2014 Volkswagen introduces its VW Car-Net connected services for the entire Jetta lineup.

As Volkswagen's best-selling vehicle to date, it is surely destined to continue in its title role as "best-seller" with its extensive model selection offerings. There should be something to please nearly everyone.