Style for All: Affordable Mercedes CLA

The Mercedes-Benz 2014 CLA250 serves up an affordable rebellious design form that borrows styling cues from the glamorous CLS. 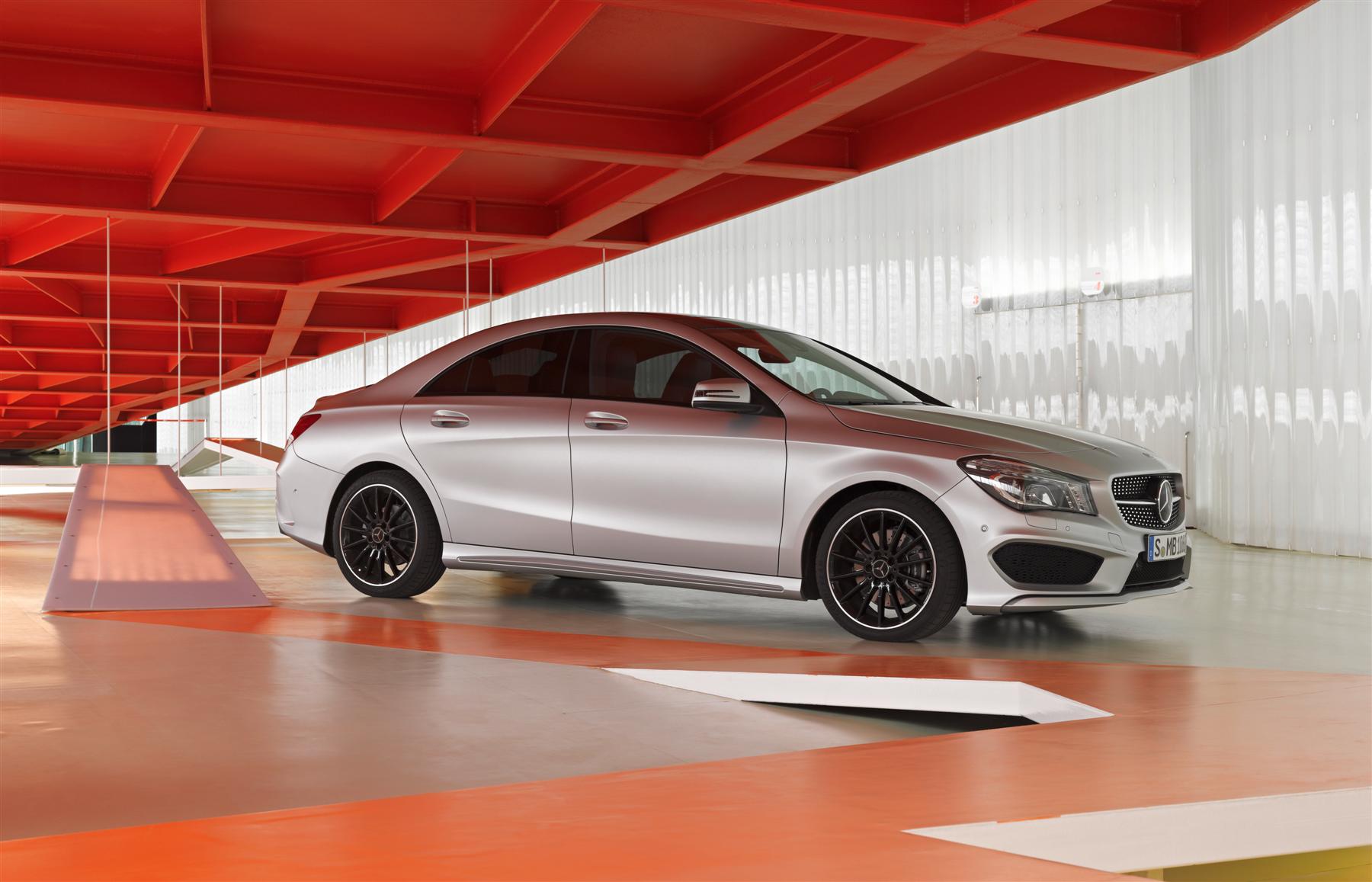 Mercedes-Benz refers to the CLA as a "coupe," due to its coupe-like profile, but in reality, it's a four-door sedan that heralds a new era, resetting the gateway into the Mercedes brand with a starting price of $29,900. Recalibrating the perception of value, the CLA is not part of the C-Class that starts at $35,325.

The CLA250 is both visually stunning and elegant, delivering sporty proportions with a powerfully dynamic design language, showcasing interplay of convex and concave surfaces and complex character lines. Striking features include the power domed hood and the diamond-look grille. The headlight arrangement and the LEDs behind the headlamp lens evoke the a "flame effect" for the optional daytime running lights and indicators.

This light signature shapes a new, youthful Mercedes face and is a key aspect of the car's energetic persona. There are a number of details indicating that the CLA's design represents an extension of the modern classic Mercedes-Benz CLS.

The rear end design serves to emphasize the CLA's width, evoking a powerful expression and athleticism. The gently sloping roof contour and pronounced curve of the rear window deliver an overall coupe-style image. 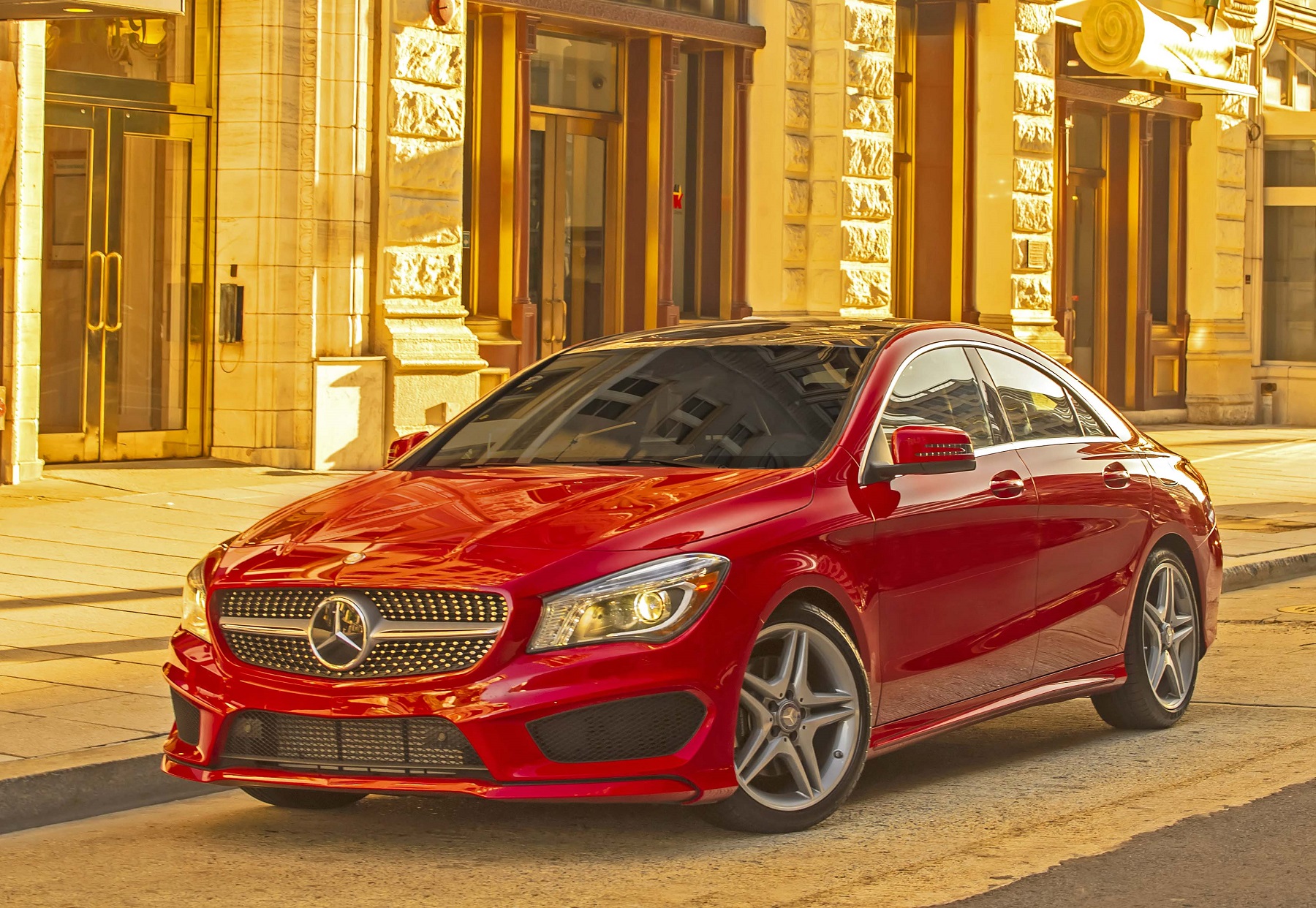 I was afforded the opportunity to drive a pre-volume production 2014 Mercedes-Benz CLA250 with a Mountain Gray exterior finish, complemented by a Black MB-Tex interior. The base price amounted to $29,900. while the final price was elevated to $43,245. after adding for the metallic paint, Panorama Sunroof, Bi-Xenon headlamps with LED Taillamps, the Premium Package, Multimedia Package, Sport Package, Driver Assistance Package and destination charges.

Power for the CLA250 comes courtesy of a 2.0-liter, 16-valve, turbocharged 4-cylinder engine with Direct Injection and ECO Stop/Start that makes 208 horsepower at 5,500 rpm, while generating 258 lb.-ft. of torque in a range from 1,250 to 4,000 rpm. Redline comes at 6,500 rpm, and motive energy is transmitted to the front wheels via a seven-speed automatic transmission with paddle shifters.

Yes, the CLA250 is certainly more than adequate and really lacks nothing in terms of outstanding performance attributes and sexy, visual magnetism. It was designed to take one's breath away, and does so effortlessly.

The ride quality is firm, planted and stable, but never objectionable or uncomfortable and the handling attributes are absolutely sporty in their nature, with a positive on-center steering feel and responsiveness from the electro-mechanical system. The road holding ability of the CLA250 is what one looks for in a sports sedan (or coupe). Its traction speaks louder than words.

The strength and athleticism of the CLA's exterior carries through to the vehicles cabin. An Anthracite surface finish appears as the standard trim, with additional trim options that include burl walnut wood, black ash wood and brushed aluminum. The instrument panel incorporates five air vents, with the outer vent rings done in galvanized finish, while a galvanized insert controls airflow direction.

The CLA presents a globally positive business case primarily due to the economies of scale for the automaker's New Generation Compact Cars, for which three cars are planned based on this platform with a high corresponding overall volume.

The front-wheel drive CLA250 is followed next spring by a 4MATIC all-wheel drive version. The 2014 CLA250 definitely qualifies as a new star in what is already an impressive Mercedes-Benz stable.