It's been 17 years since Chevy last graced showrooms with a V-8-powered, rear-wheel-drive high-performance sedan. A long wait indeed, but it's over. 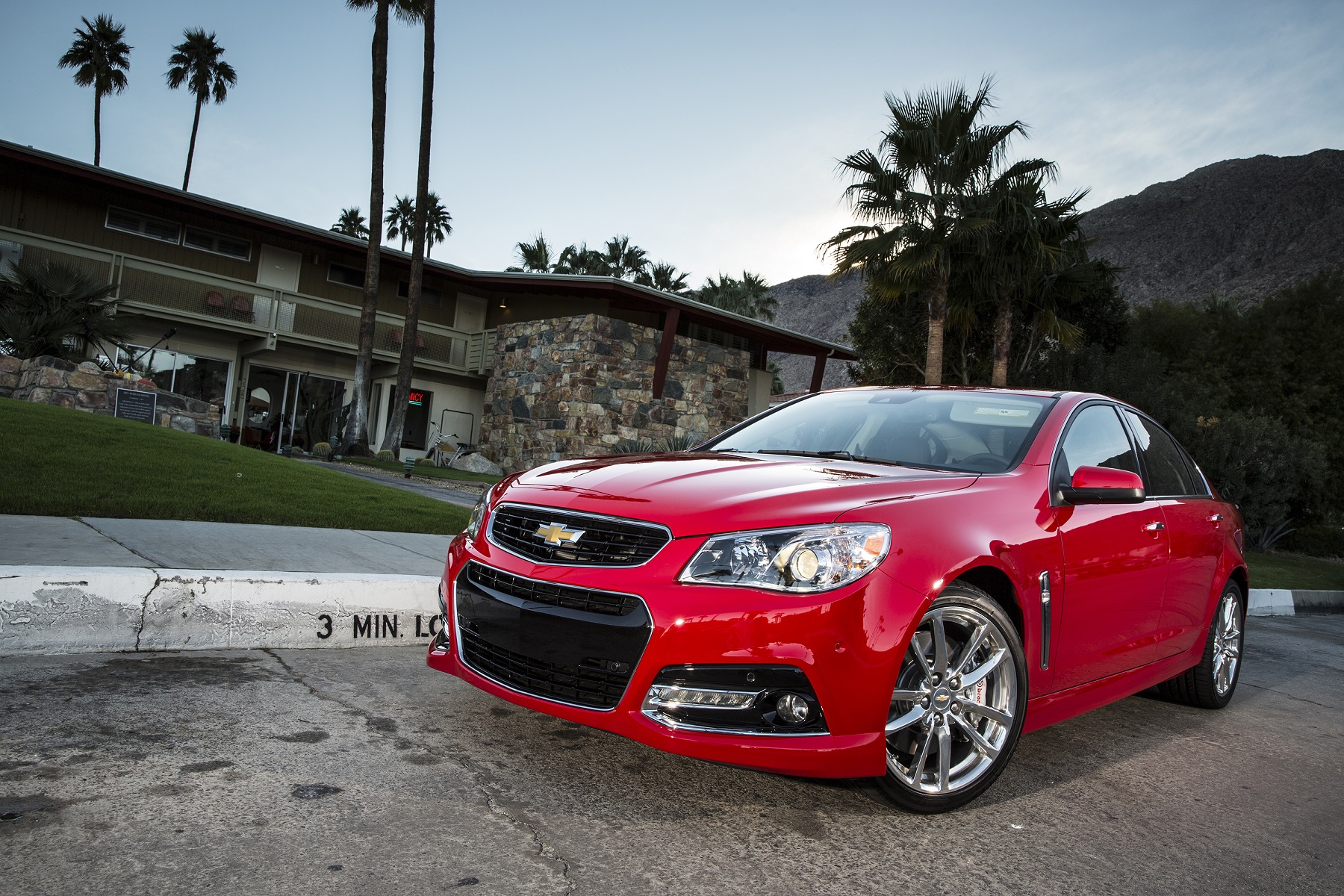 The 2014 Chevrolet SS sedan is based on the same award-winning global architecture that is also the foundation for the Camaro and the Caprice Police Patrol Vehicle. The SS is built in Australia at the Holden facility, Chevrolet?s partner.

The 2014 SS gets its muscle from a potent 6.2-liter, LS3 V-8 that pumps out 415 horsepower along with 415 lb.-ft. of torque. The engine gears its energy to the rear wheels through a Hydra-Matic 6L80 six-speed automatic transmission with steering wheel mounted paddles for manual shifting.

It rolls on staggered high-performance Bridgestone Potenza tires: 245/40 ZR19 front and 275/35 ZR19 in the rear. These are mounted on five-V-spoke chrome clad forged aluminum alloy wheels.

The final-drive ratio is an aggressive 3.27, capable of accelerating the car from 0-to-60 mph in roughly 5 seconds -- counting it in as one of the quickest sedans on the market. The Chevrolet SS also features a sport-tuned chassis. 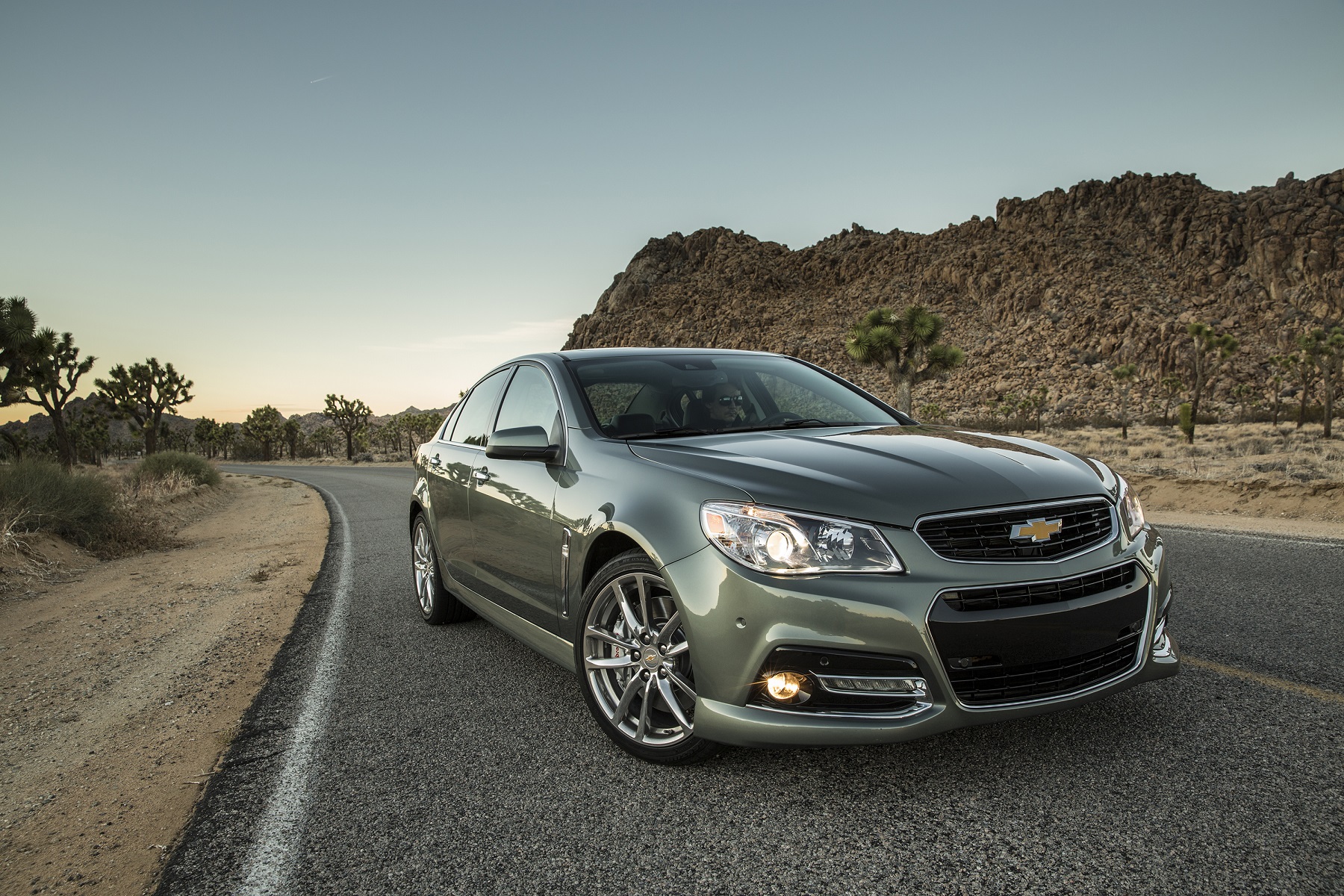 Reining in the powerful SS sedan and bringing it to a halt are power-assisted four-wheel disc brakes with standard Brembo front brakes, featuring ventilated, 14-inch, two-piece rotors and four-piston calipers.

Staggered front and rear wheels are pushed out to the corners, enhancing the sporting, muscular stance. Up front, the aluminum hood features a subtle power bulge hinting at the capability of the engine. At the rear, the tapered, tear-drop shape contributes to improved aerodynamic performance. Bright dual-exhaust tips put an exclamation mark on the rear design.

The interior of the SS is offered exclusively in black. Leather seating surfaces are standard, as well as eight-way power adjustable front bucket seats with additional side bolstering that provide support for both the driver and front passenger during spirited driving maneuvers.

During the national press launch of the 2014 Chevy SS, my driving partner and I drove a pre-volume production vehicle with the exterior finished in Silver Ice metallic. The base price was set at $43,475 while the final count came to $45,770 after adding the Gas Guzzler Tax and destination charge. There are only two available options: a sunroof priced at $900 and a full size spare tire and wheel for $500.

Even at first glance, it's immediately apparent the SS is no ordinary Chevy -- and that's while it's standing still. Fire up the throaty 6.2-liter LS3 OHV V8 engine, and the SS commands instant attention. The SS sedan is resplendent with thunderous notes coming both from under the hood and from the exhaust.

Corvette owners will take note at stop lights, wondering how this Chevrolet can accommodate up to five with their gear and still give the 'Vette a run for its money. OK, the SS doesn't have as much horsepower and torque as later 'Vettes and it may not be as fast, but it looks good and it hauls with gusto.

The road manners of the SS are admirable, as it handles tight, twisty mountain road scenarios delivering reassuring and confidence-building stability, with virtually no noticeable body roll. It is tight and planted.

The variable assist electric power steering is spot on with a centered feel, delivering crisp and nimble directional response. The ride quality is firm for the sake of agility, but it's also compliant when it needs to be; never giving up comfort.

The visual impact of the new Chevy SS delivers the elegance and sporting attitude of a well-crafted European sports sedan, without the lofty price tag. In fact, it may well be the best bang for one's buck to be had in the full-size sedan marketplace, bumping many of its competitive set aside in terms of superior performance.