Some WRX enthusiasts might be upset with Subaru's elimination of the five-door hatch. For 2015 the WRX is a four-door sedan only, which displays some very significant changes. 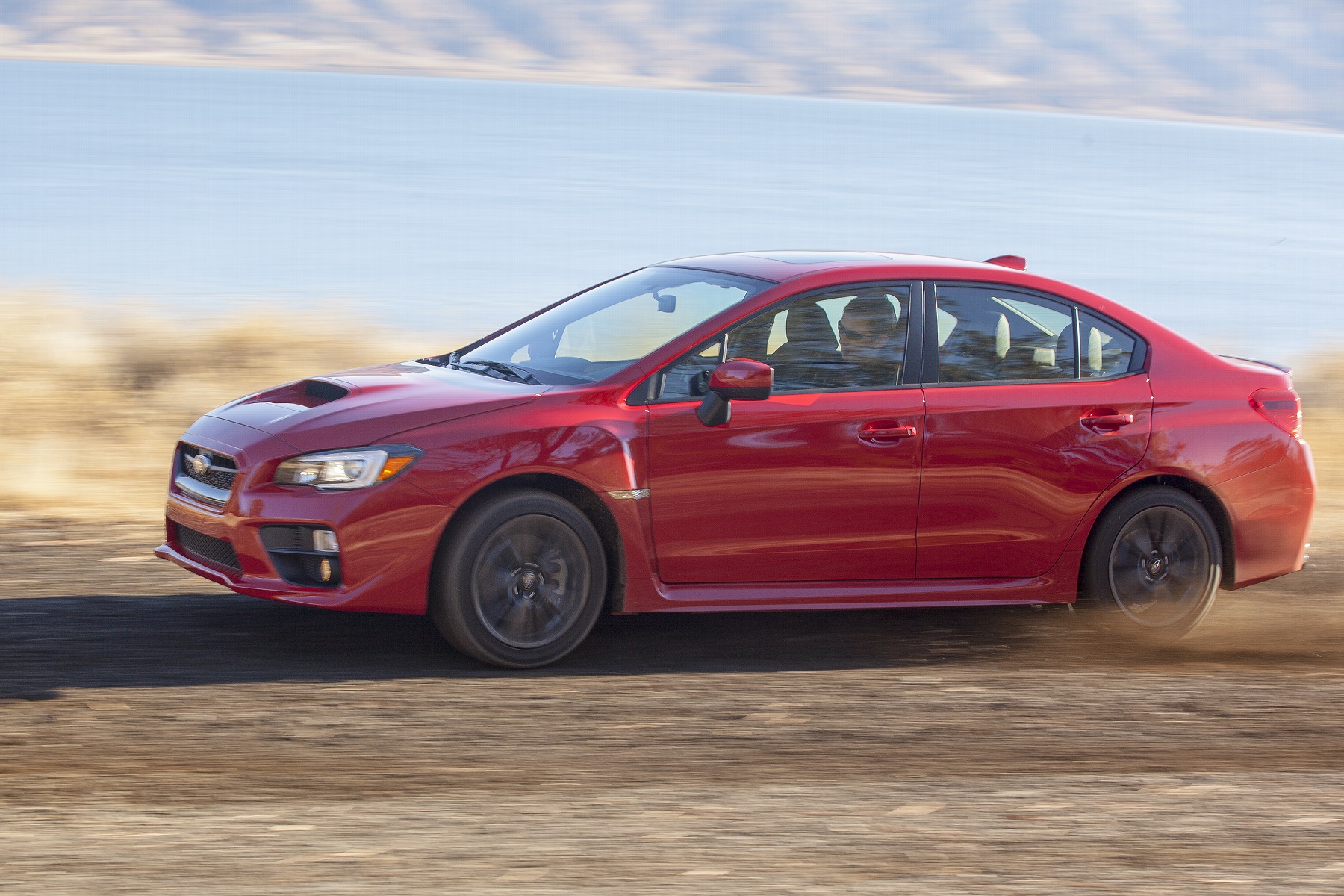 The Subaru WRX is all-new, despite the fact that it's still an Impreza beneath the surface, although there is no longer any Impreza reference. It is referred to only as WRX.

Power is metered through either a six-speed manual or new Sport Lineartronic (CVT) transmission with a manual mode and steering wheel paddle shifters, simulating six manual gears, but when in Sport Sharp mode there are effectively eight specific gear points. 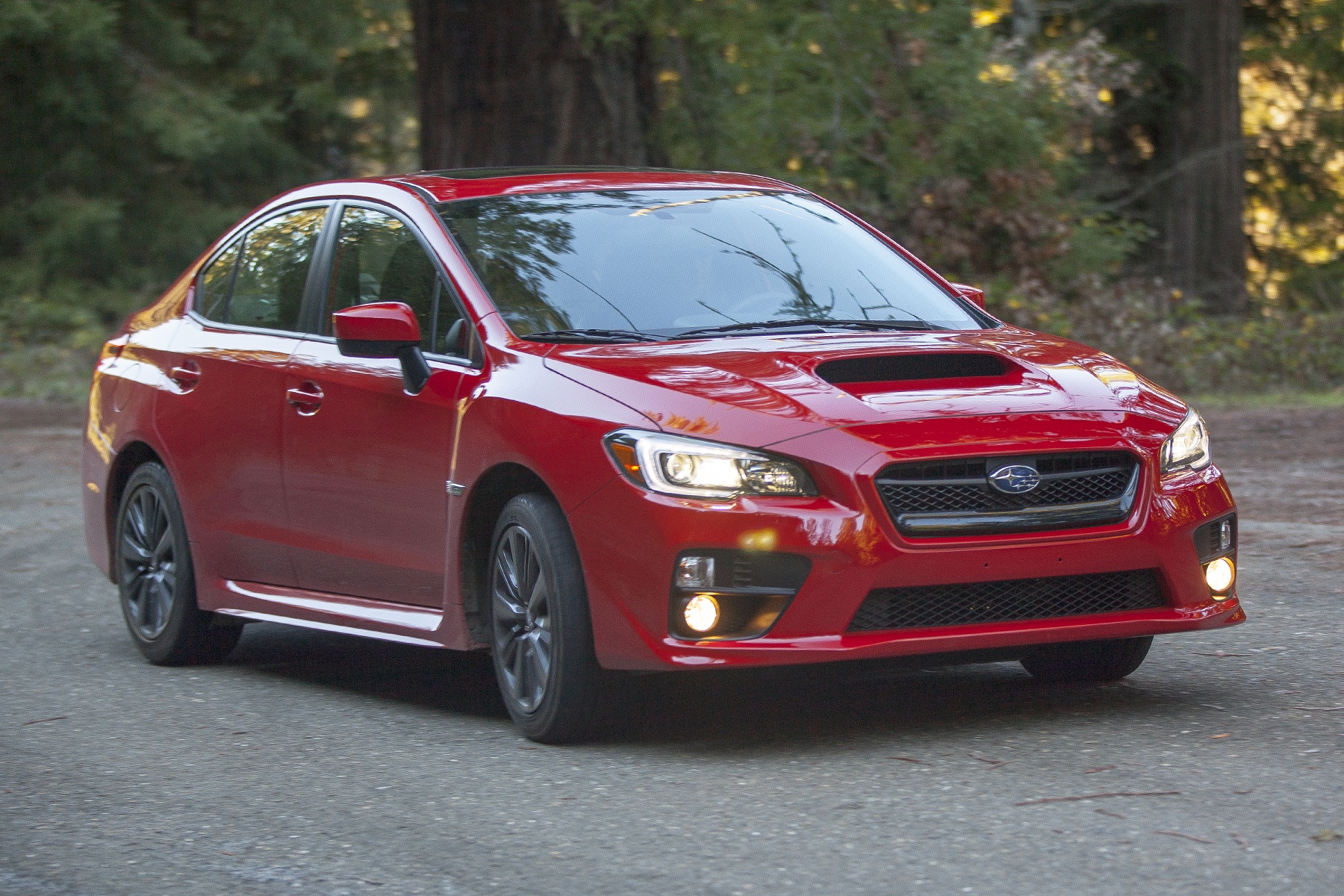 The 2015 WRX displays a bolder front end design with a deep front spoiler and unique grille. A new "nose-cone" design combines the grille and bumper cap into one unit ahead of the hood. The wide-body stance is enhanced with new, standard 17-inch wheels.

The WRX has a 1-inch longer wheelbase than the previous model, yielding a roomier cabin with upgraded comfort and materials plus a wide array of new user technologies. Rear-seat legroom is increased by nearly 2 inches.

The hood, fenders, doors and quarters, bumpers, headlights and taillight clusters are all unique to the 2015 WRX and the aluminum hood with its integral scoop provides fresh air to intercooler. Lower side sills and wider-opening doors allow for easier ingress/egress. The windshield is more raked with the A-pillar pulled forward nearly 8 inches at the base, improving forward visibility.

The chassis is also new as well as stiffer, with larger front brakes, and performance-tuned suspension. The Electronic Power Steering system's response was benchmarked against top-handling sports cars.

Interior refinements haven't been forgotten either. The high-performance feel is experienced immediately upon entry as the driver grips the new flat-bottom, leather-wrapped steering wheel, with tilt and telescoping adjustments.

Tactile appointments include soft-touch materials for the dashboard, door trim and center console armrest. Numerous compartments are positioned in and around the center console to hold a variety of personal items. Whiplash-reducing front performance design seats feature separate tilt- and height-adjustable head restraints. The new high-grip black fabric is trimmed with red stitching, which is also used on the leather-wrapped steering wheel and shift knob.

I drove both the 2015 Premium and Limited models -- one with the six-speed manual gearbox, the other with the Sport Lineartronic with up to eight gear steps.

The 2015 Subaru WRX is vastly improved and is now even more exhilarating to toss around tight and narrow, twisty back roads. The added power and tighter chassis makes carving challenging roads exciting. The 2015 WRX is fast, with rapid acceleration and little turbo lag. Steering feel is improved and spot on center.

Ride quality definitely falls into the very firm column, yet still manages to deliver a reasonable level of comfort, with outstanding seat support. The manual gearbox, with its added sixth gear allows for "nicking" quickly from one gear to another, and the CVT transmission delivers what really feels like actual gear changes -- up to eight of them, when in Sport Sharp mode. The steering wheel mounted paddle shifters are fun to play with, and I actually enjoyed the Sport Lineartronic almost as much as the manual transmission.

Subaru's 2015 sedan is certainly a cut above its predecessor in virtually all aspects, but I miss the added functionality that the old five-door hatch provided.