The 2014 BMW i3 is an all-new electric vehicle that is the first vehicle of BMW's "i" sub brand. BMW says its i3 city car creates an innovative era in electro-mobility with complete sustainability and nearly 100 percent recyclable. 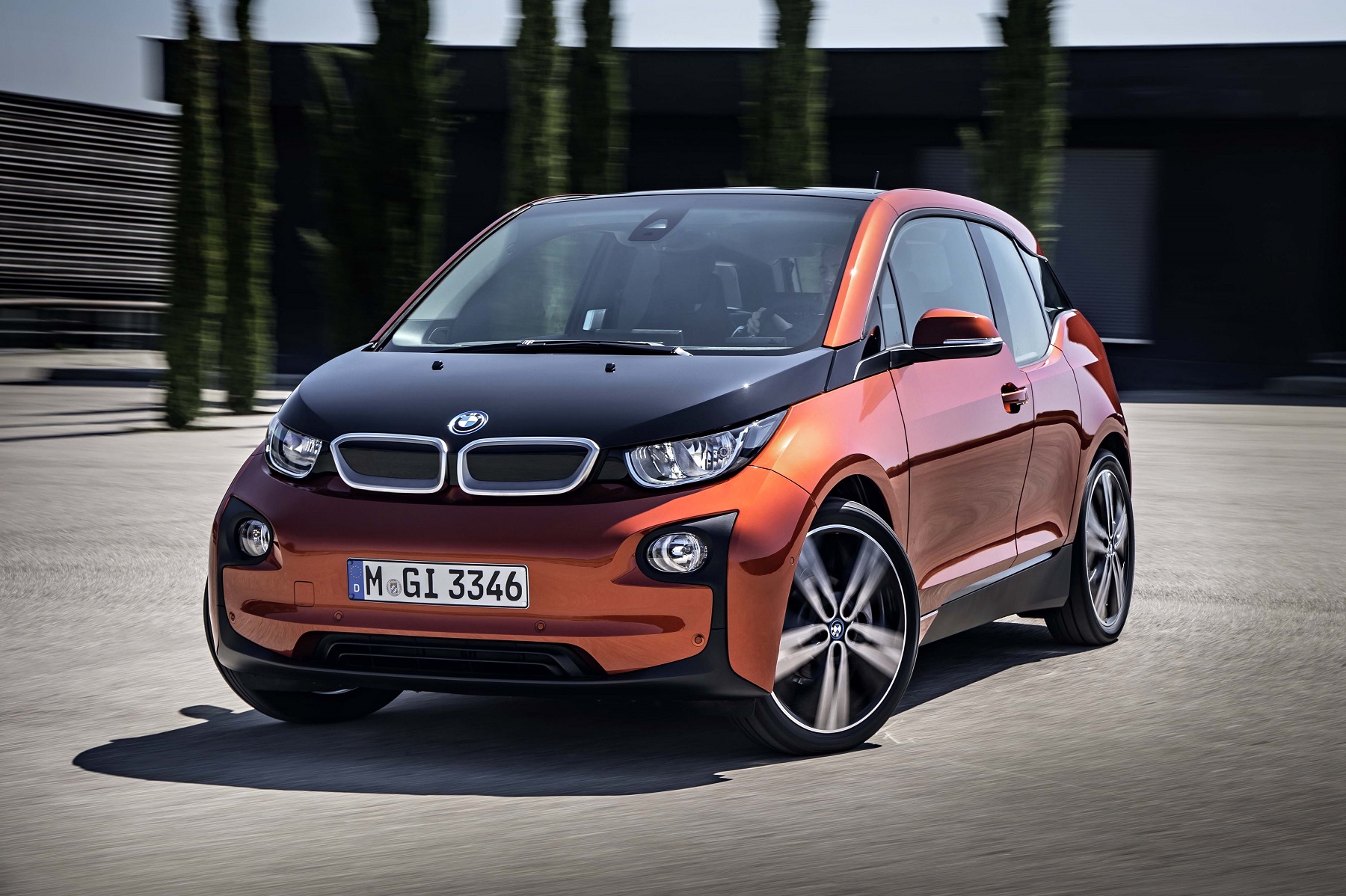 Manufacturer photo: The i3 is the first product of the BMW's new "i" sub-brand, and is a new era for electro-mobility at BMW

strong>BMW's LifeDrive architecture has two modules: Life Module and Drive Module. The Life Module is the passenger cabin, or greenhouse, and is the first-ever mass-produced Carbon Fiber Reinforced Plastic (CFRP) passenger cell in the automotive business. Carbon Fiber Reinforced Plastic plays a major role in the car's efficiency and is equally as strong as, but 50 percent lighter than, steel while also being 30 percent lighter than aluminum.

The Drive Module is constructed of aluminum and consists of a 22-kWh lithium-ion battery, electric drivetrain, MacPherson strut front and 5-link rear suspension systems. The battery is mounted in the rear, close to the drive wheels.

BMW says an added benefit of the LifeDrive architecture concept is the absence of a space-consuming transmission tunnel running through the center of the car, giving the BMW i3 the interior space of the BMW 3 Series, while only having the footprint of the much smaller BMW 1 Series.

The diminutive 2014 BMW i3 displays a tall, narrow futuristic design in a five-door configuration. In profile, the i3 features short front and rear overhangs. The front hood is blunt, rising to meet its sharply raked windshield. Aerodynamic Air Curtains help to increase the drive range by minimizing air resistance and drag around the front wheels. 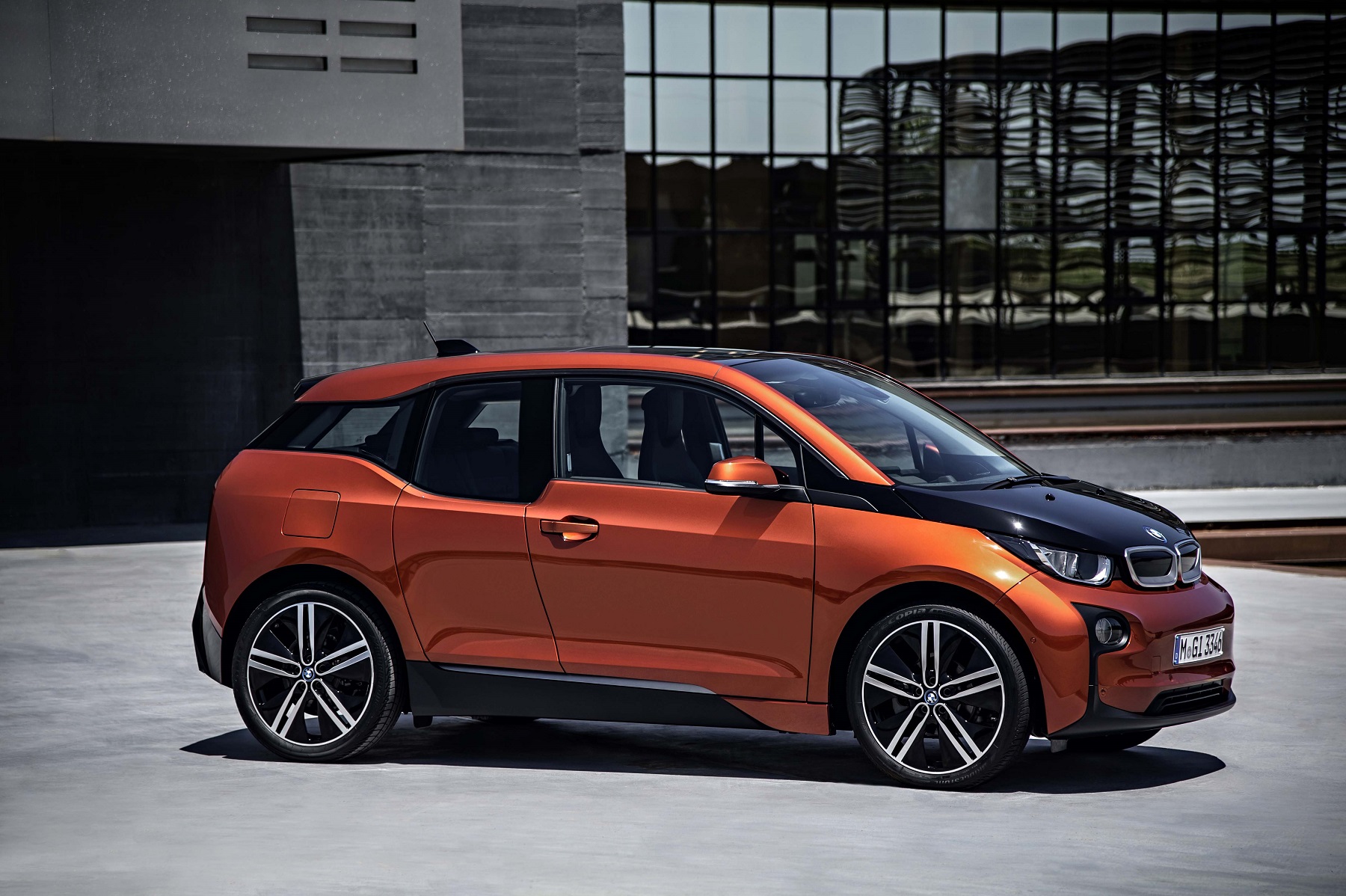 The interior is comfortable and accommodating, but takes a little getting used to visually with its trim accent made from untreated Eucalyptus panels. At first glance these panels resemble a light Formica countertop, however, we're told they will darken and mellow with age. The instrument panel surround and door trim use fibers from the Kenaf plant. The gear selector is mounted on the steering column in the form of a large rotary knob.

Rear wheels are powered by a rear-mounted hybrid-synchronous electric motor boasting 170 horsepower, 184 lb-ft. of torque, and maximum revs of 11,400 rpm; energy is stored in a 22-kWh lithium-ion battery. An optional 34-horsepower gasoline-powered Range Extender Generator can also be rear-mounted with batteries mounted beneath the floor. Adding the Range Extender also includes a 2.4-gallon fuel tank.

The i3 is available in Mega World, Giga World, and Tera World trims. My Tera World i3 tester was wearing optional 20-inch wheels. Its base price was set at $41,350 with an estimated final sticker of $42,275. A model with the Range Extender motor starts at $45,200.

The small 2014 i3 electric car may be a great value in today's marketplace, especially after factoring in available federal, state, and local tax credits. It is enjoyable to drive, exhibiting a sporting character in terms of handling and acceleration.

The instant torque off the line is phenomenal and the handling provides an athletic agility. Yes, the ride is on the firm side due to the skinny, hard rubber compound tires, and is especially so over rough road surfaces, but things smooth out on better pavement. Three driving modes include Comfort, ECO PRO and ECO PRO+. 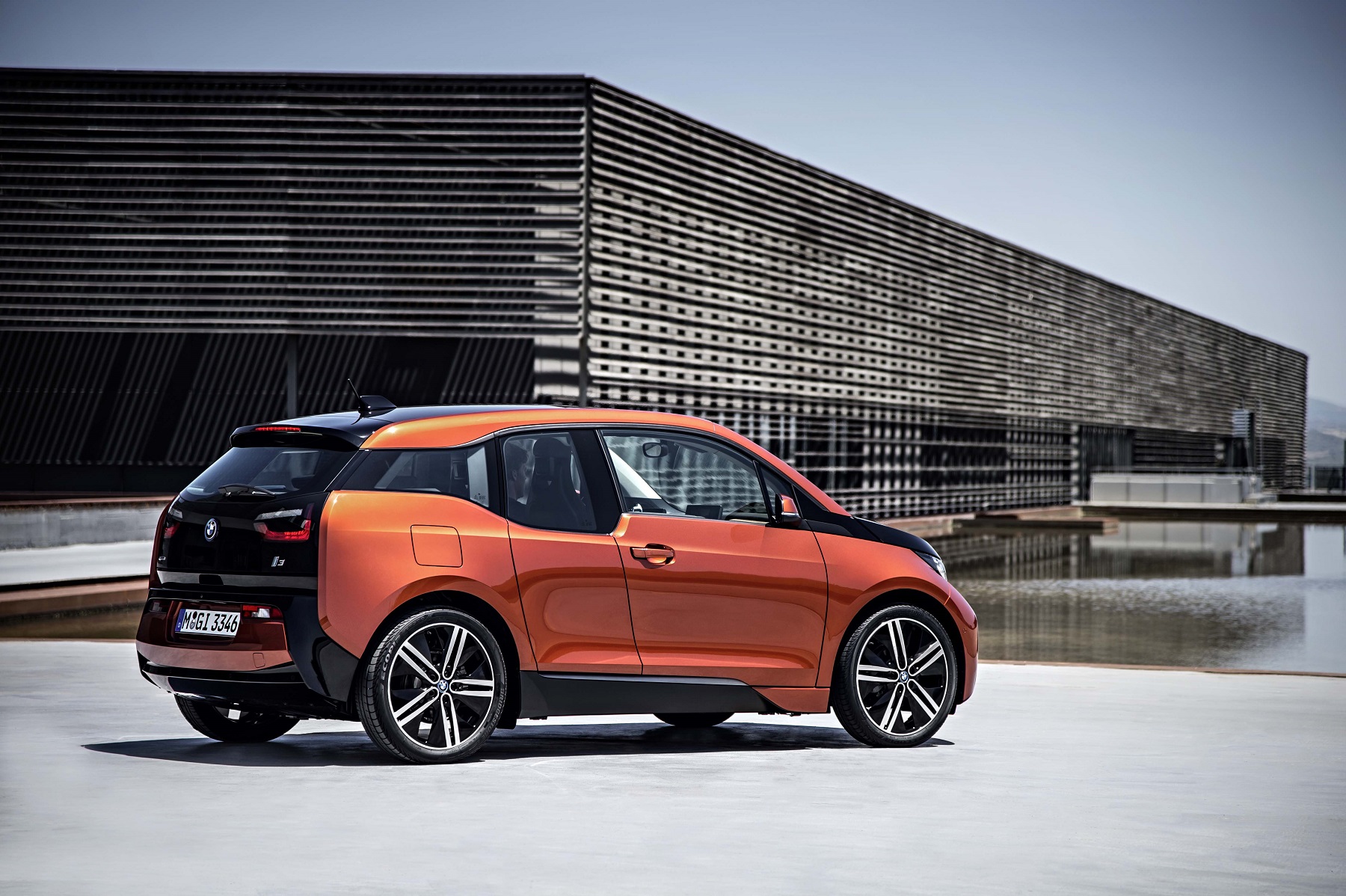 The i3's electric drive range is predictably in the 80 to 100 mile range per charge, but under ideal conditions, it could be as high as 120 miles, which nearly doubles with the optional Range Extender.

Range may also be increased by up to approximately 12 percent in ECO PRO mode and by the same amount again in ECO PRO+ mode. The i3 is able to recharge in only 3 hours using a 220V Level 2, 32-amp J1772 charger.

A unique feature is the i3's Single Pedal Driving Concept with Brake Energy Regeneration that feeds power back into battery. Lifting off the accelerator automatically applies braking, while activating the brake lights for safety to provide the same effect as engine braking in a conventional vehicle.

The 2014 BMW i3 is the ideal compact four-passenger vehicle for a commuter who drives about 45 miles each way -- or even farther if able to plug in for a recharge. Albeit pricey, BMW's i3 is a car owners can get a charge out of driving.