The 2014 MINI is an all-new edition of the premium small car original, displaying MINI's hallmark emotional styling. At first glance, the new MINI doesn't appear to be all that different from its immediate predecessor. Study it more closely, however, and it exhibits both significant external and internal differences -- it truly is all-new, including chassis development, engines, sheet metal, and state-of-the-art technological advancements. 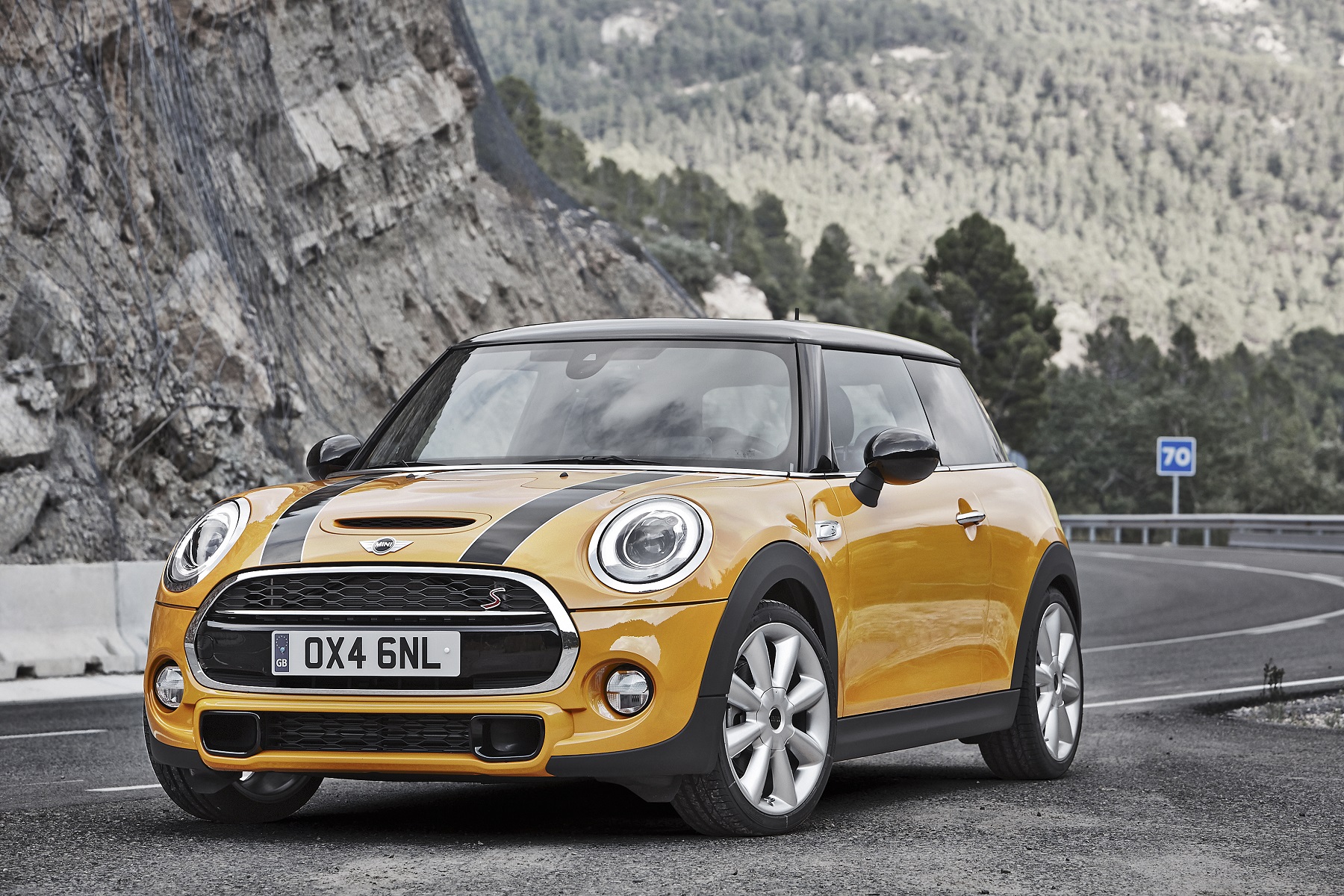 Manufacturer photo: The all-new MINI is more powerful, more refined and more comfortable, and also offers more choice than ever for customers seeking to give their car a unique style

Power for the MINI comes from a new generation of engines with MINI TwinPower Turbo technology. The MINI hardtop is available in two model variants: MINI Cooper and MINI Cooper S. 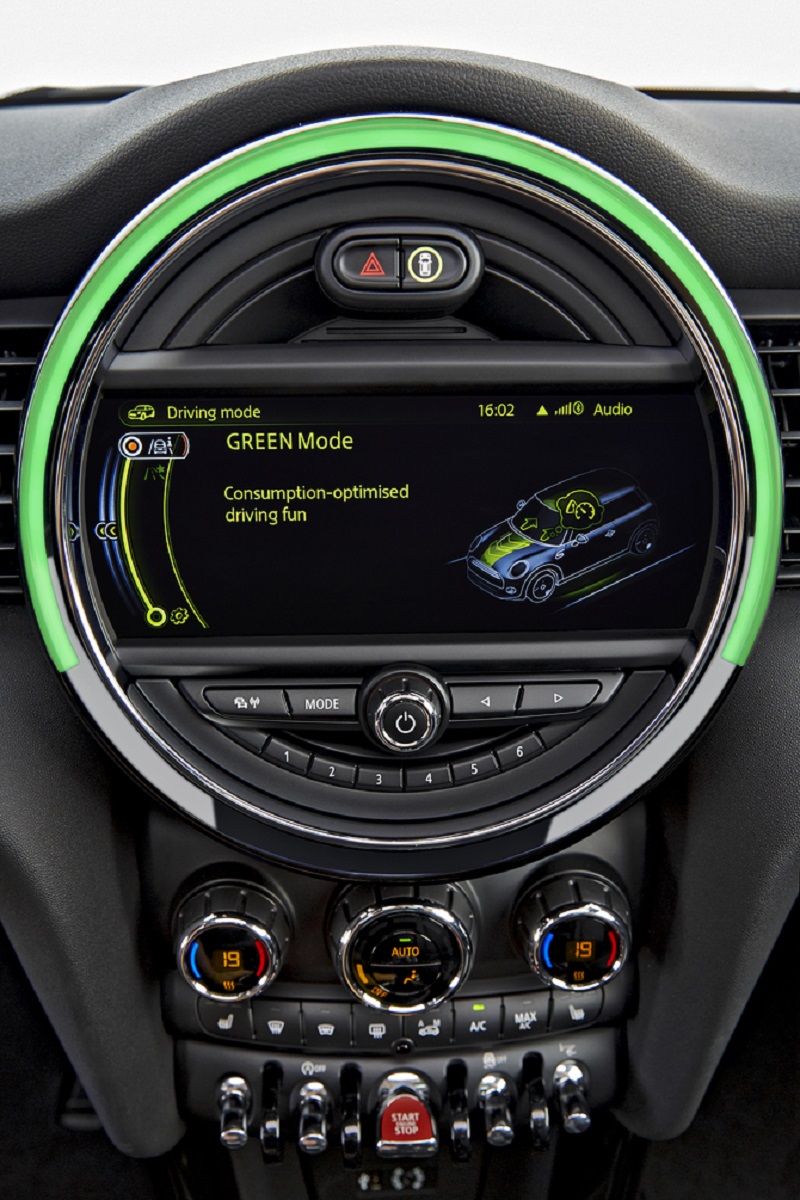 An optional six-speed sports automatic transmission allows for shorter shift times and may be operated in manual mode utilizing steering-wheel-mounted paddle shifters. And, as if that weren't enough, the automatic transmission, in conjunction with the MINI navigation system, is also able to take into account the route profile in controlling gear shifts. Based on navigation data, the appropriate drive position is selected to automatically match imminent road situations. For example, directly prior to junctions or on corners, the intelligent system will prevent unnecessary upshifts between two bends in quick succession.

I was able to pilot a 1.5-liter, three-cylinder turbo MINI Cooper with a six-speed manual gearbox base priced at $19,950, as well as one of the 2.0-liter turbo, four-cylinder MINI Cooper S model with the Sport automatic transmission with a base sticker of $23,600.

The three-cylinder and four-cylinder serve up a stunning ride, both visually and in terms of performance over challenging routes -- grin-producers of the highest order. 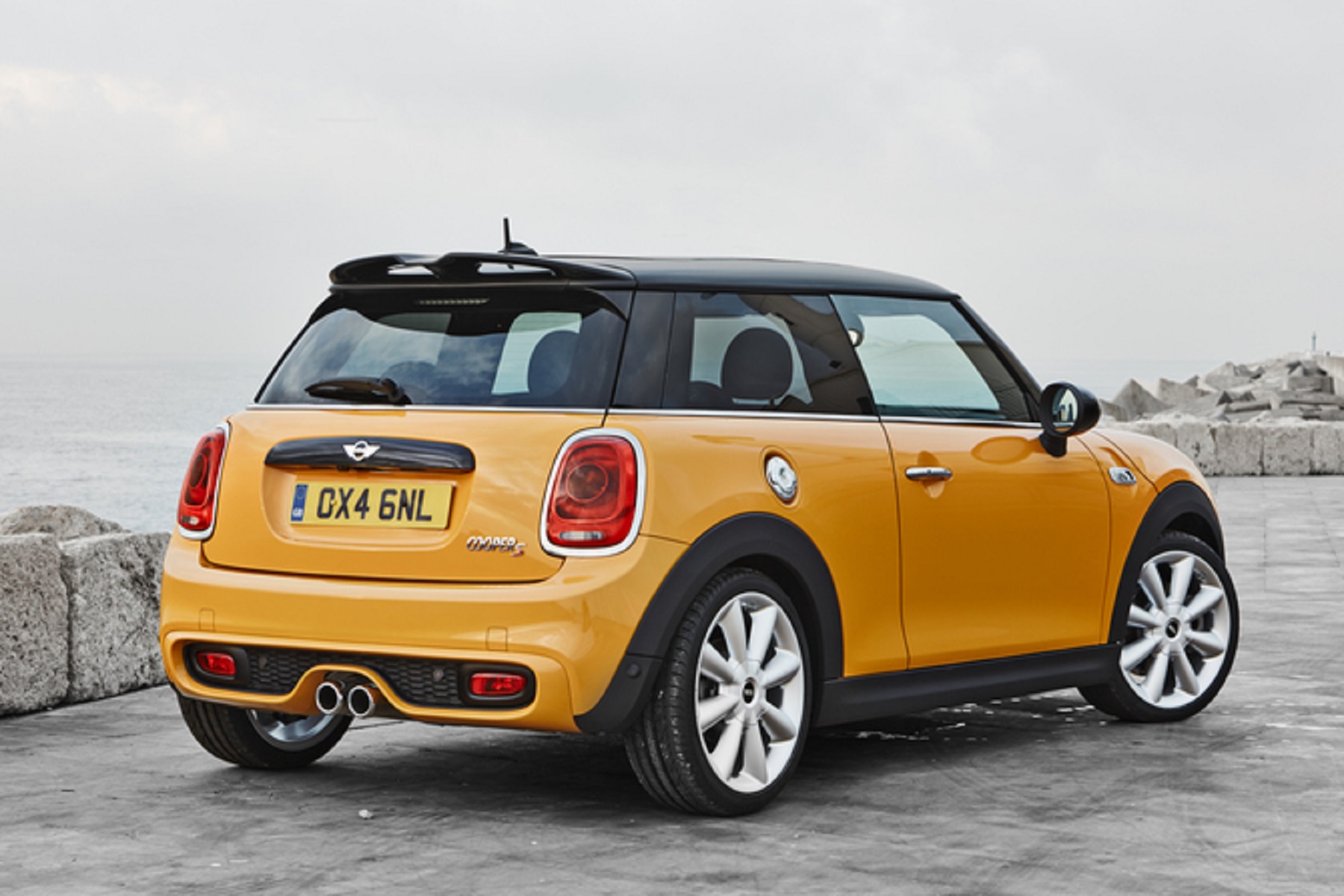 Acceleration is exhilarating in both, thanks to the Turbo technology; gear changes are smooth with either the manual or automatic transmission. Handling remains athletic and positive, carving efficiently through challenging curves in a spirited and controlled manner. Braking is highly efficient, bringing the go-kart-like MINI to a halt in short order.

The Driving Modes allow an individual setup involving not just the characteristic curve of the accelerator and steering but also engine acoustics, ambient lighting, the shift times of the automatic transmission and the characteristics of Dynamic Damper Control. The modes SPORT and GREEN can be activated in addition to the standard MID mode. In conjunction with the automatic transmission, the efficiency-oriented GREEN mode also features a coasting function with a decoupled drivetrain.

Driving the diminutive "funster" is a rewarding exercise, initiating an insatiable degree of lust to own one. The exhaust note of the Cooper S alone may well be worth its additional cost. Add the potency of turbocharging to the maneuverability and stability provided by the sport-tuned suspension and the Cooper S is a clear winner, particularly when set in sport and manual modes, although the MINI Cooper three-cylinder delivers the goods with aplomb and one would be hard pressed to realize that under the bonnet is not a four-cylinder engine. It's that good.