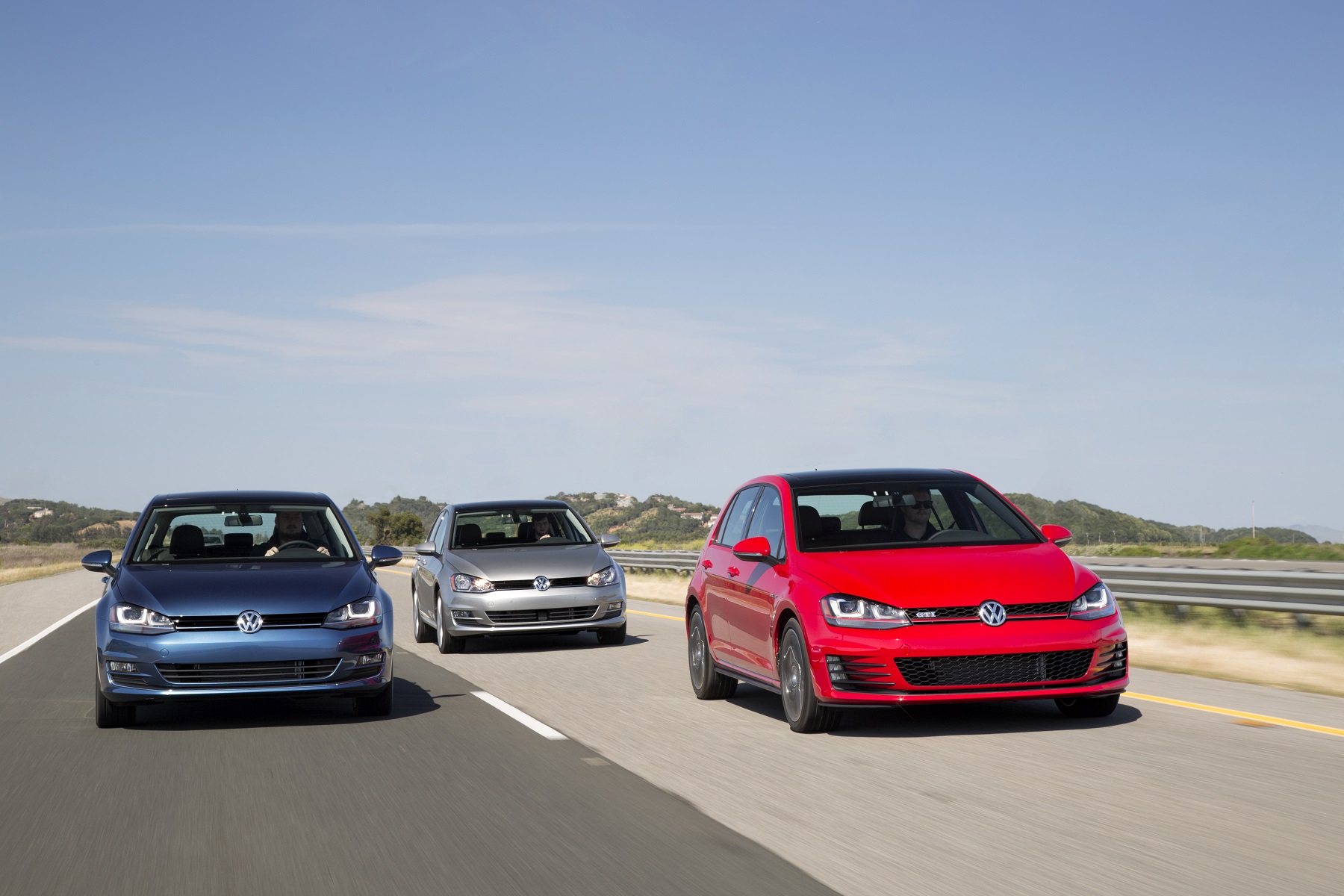 The new VW Golf is not only better, it is also bigger, lighter, more fuel efficient, and serves up a heightened level of versatility and functionality.

Dimensionally, the Golf has grown every which way but up. Overall length has stretched 2.1 inches, while width has picked up 0.5 inches. Overall height however is 1.1 inches less. This seventh-generation Golf has dropped in weight by up to 79 pounds (depending on model), despite an impressive list of new and upscale features.

This latest iteration Golf is available with two or four doors and is powered by a choice of two powertrains: the EA888 1.8-liter turbocharged and direct-injected four-cylinder TSI engine that mates to either a five-speed manual or a six-speed automatic transmission; and the new EA288 2.0-liter turbocharged and direct-injected four-cylinder TDI Clean Diesel, coupled to either a six-speed manual gearbox or a six-speed DSG dual-clutch automatic transmission. 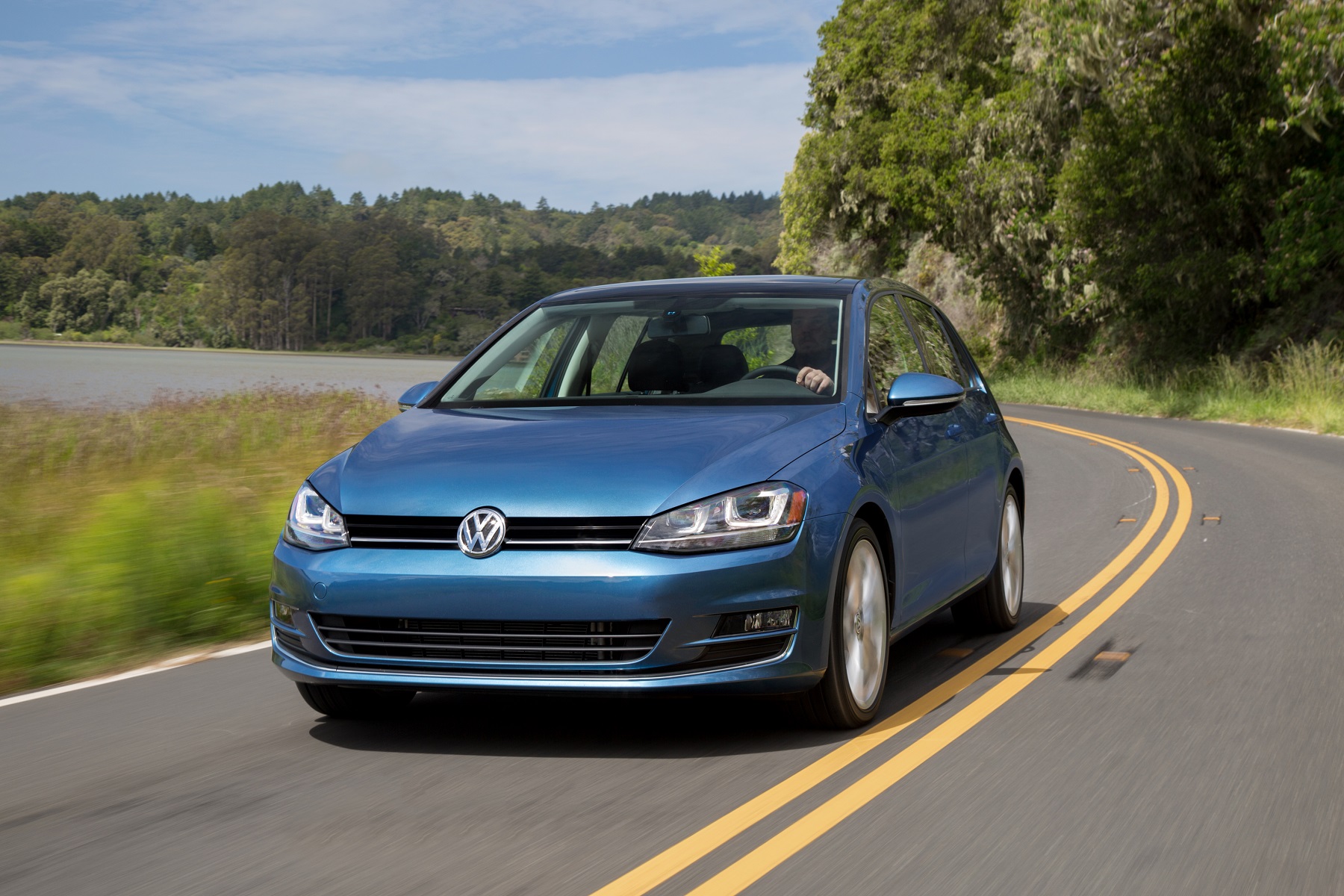 It's the first time the entire Golf lineup features two powerful and efficient turbocharged engines. The Golf TSI increases fuel economy up to 6 mpg (or 20 percent) on manufacturer estimated highway fuel economy when compared to the 2.5-liter model that it replaces.

Regardless of the trim level selected, the new Golf offers more standard features than its predecessor. A 650-unit, limited-availability entry Golf Launch Edition two-door with the manual transmission starts at $17,995. Add $820 for destination and handling.

Visually, the 2015 VW Golf's exterior wraps itself in sheet metal that is totally modern while remaining unmistakable as a Volkswagen Golf. The shape and design elements remain defined, with a distinctive C-pillar and roofline that frames the classic Golf side windows. The striking new front end and steeply sloped hood show that this is an all-new model.

The interior emphasizes comfort accompanied by an impressive and substantial list of features. Despite the Golf's lower overall height, the interior space has been increased all around, with 93.5 cubic feet of interior room compared with 92.9 on the predecessor. In addition to the added space, many of the driver controls and switchgear have been relocated in the interest of improved ergonomics and user friendliness. Essentially the new VW Golf lineup is classified as "Driver-centric."

During the national press launch of the 2015 Golf, I was able to experience several versions of this latest hatchback, including a Golf S TSI 1.8-liter four-door automatic. The base price was set at $20,695 with a final sticker of $21,515.

Driving any of the latest VW Golf models served up a pleasant and enjoyable experience. The added performance potential and fun factor of the Golf GTI was certainly appreciated, and I happen to be a fan of diesel power -- particularly of VW origin, but the 2015 Volkswagen Golf S TSI automatic was the cream-of-the-crop in my opinion. It delivered more than ample power on demand, provided an athletic agility, along with a comfortable and compliant ride quality.

It provided all of the creature comforts and conveniences available in the other Golf models, but at a lower price point. Its modernized styling cues are easy on the eyes, while remaining instantly recognizable as a VW Golf. Safety and infotainment features and technology are up to date and user friendly.

All in all, the newest members of the Volkswagen Golf family offer fun to drive, yet practical transportation that may be easily tailored to suit individual tastes and needs.