Displaying flashy a show of wealth is not important to certain car buyers, so Lincoln has changed its direction and scope: It's turning to attracting a younger, more active consumer, with different goals in mind. MKC is the latest example of the Lincoln Motor Company's new mission statement. 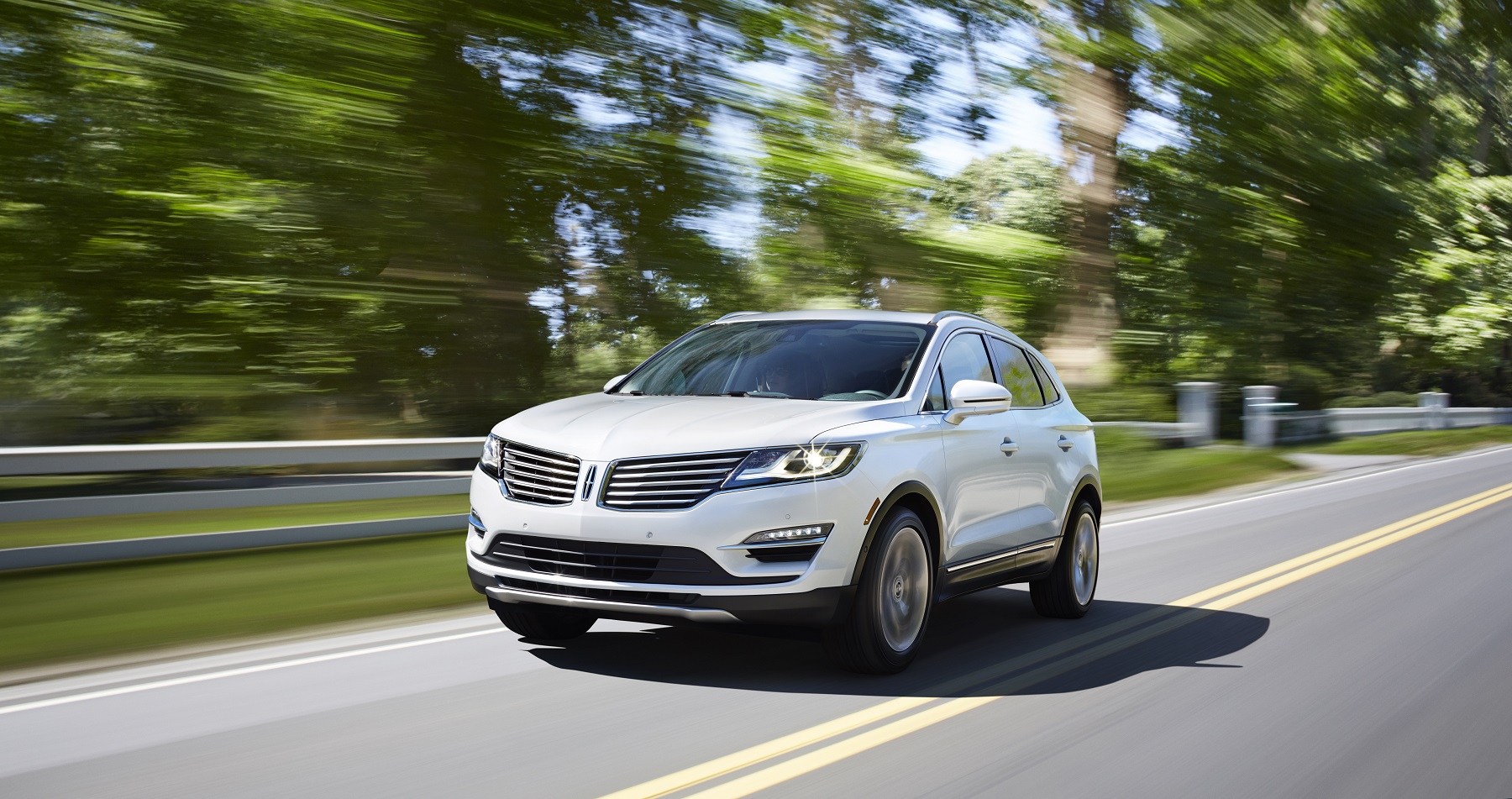 The 2015 MKC provides Lincoln with a compelling entry into the small premium utility market, which is the fastest-growing segment in the luxury automotive market.

With a base price of $33,100, Lincoln MKC is a compact luxury SUV available in three trims: Premiere, Select, and Reserve. The lineup also offers several available freestanding packages and features. We're told that the MK model prefix is for Mark from Lincoln's past, and that the C is for compact SUV.

Power is provided by a choice of a 2.0-liter EcoBoost inline four-cylinder engine, or a 2.3-liter EcoBoost four-cylinder. Both engines are positioned up front in a transverse orientation, and both are DOHC, 16-valve, high-pressure direct injection motors with twin independent variable camshaft timing. Both engine variants transfer motive energy to the driving wheels via a six-speed SelectShift automatic with paddle activation. 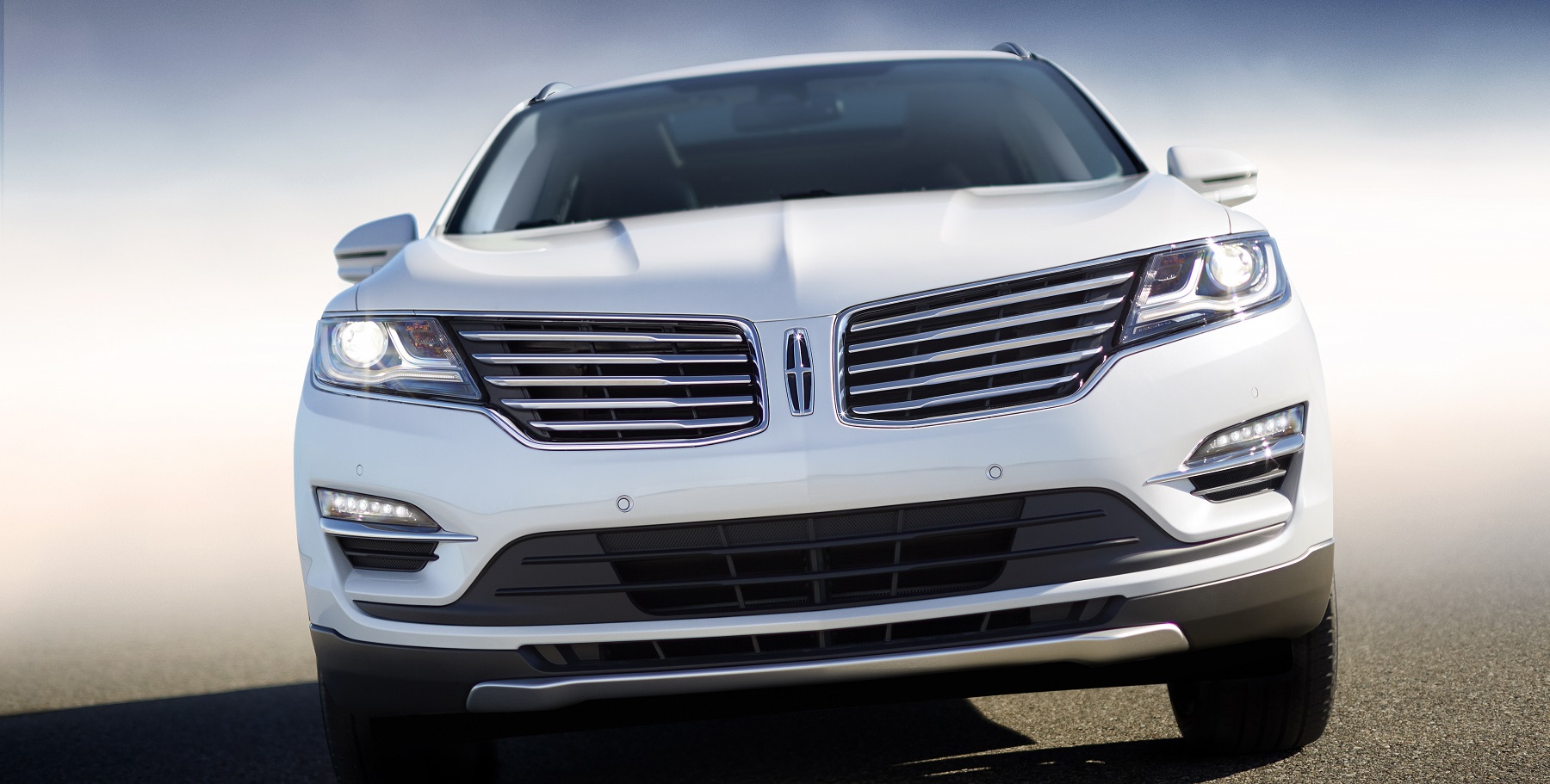 Lincoln MKC models powered by the 2.0-liter EcoBoost motors come in either a FWD or AWD configuration, while the 2.3-liter-powered models come only in an AWD configuration. EPA ratings for the 2.0L FWD are 20/29 mpg and on the 2.3L AWD they are 18/26 mpg.

I drove the up-level MKC Reserve AWD 2.3-liter EcoBoost. Pricing for the Reserve trim starts at $36,375, but my test MKC topped out at $50,405, including destination and handling charge. The small premium utility vehicle blends a pleasing visual appeal, athletic performance, high build quality, and state-of-the-art technology.

The 2015 MKC is a stylish utility that drives well and is luxurious in its appointments. Handling characteristics lean to the sporty side, while ride quality is compliant without being mushy and firm, but not harsh. Torque Vectoring adds to the stability of the MKC during spirited maneuvers.

Suspension componentry consists of independent MacPherson-type struts with a stabilizer bar and twin-tube hydraulic gas-pressurized shocks up front. In the rear is a fully independent multi-link setup with a stabilizer bar, progressive-rate springs, and monotube hydraulic gas-pressurized shocks. Continuously controlled damping is standard front and rear with AWD.

The MKC strikes a sporty yet elegant stance. The body presents a sleek, sculpted form with a high beltline and low shoulders, creating a strong, athletic persona that's enhanced by a low center of gravity resulting in responsive handling and cornering stability.

Noteworthy craftsmanship is evidenced by rich materials and luxurious detailing on the door panels and seats, as well as in the clean, uncluttered one-piece center console that creates a calm and open environment. A sweeping, full-width instrument panel, complete with the Lincoln signature push-button gear shift, contributes to a sense of spaciousness while creating storage space in the center console where a traditional gear shift would ordinarily be.

An all-new Lincoln steering wheel debuts on the MKC. The tactile, Wollsdorf-leather-wrapped wheel is an option that offers a better feel and improved control.

Lincoln's first-ever small utility vehicle debuts always-on, built-in connectivity through an available embedded modem. Via a smartphone app that communicates with the vehicle, the available MyLincoln Mobile app gives Lincoln MKC owners the ability to start, lock, unlock, and locate their vehicle, as well as schedule a remote start. The SYNC with MyLincoln Touch driver connectivity system enables control of phone, entertainment, climate, and optional navigation by means of voice-activated commands or simple touch controls on an 8-inch screen.

The MKC is the second of four all-new Lincoln vehicles due to debut in the marketplace by 2016.