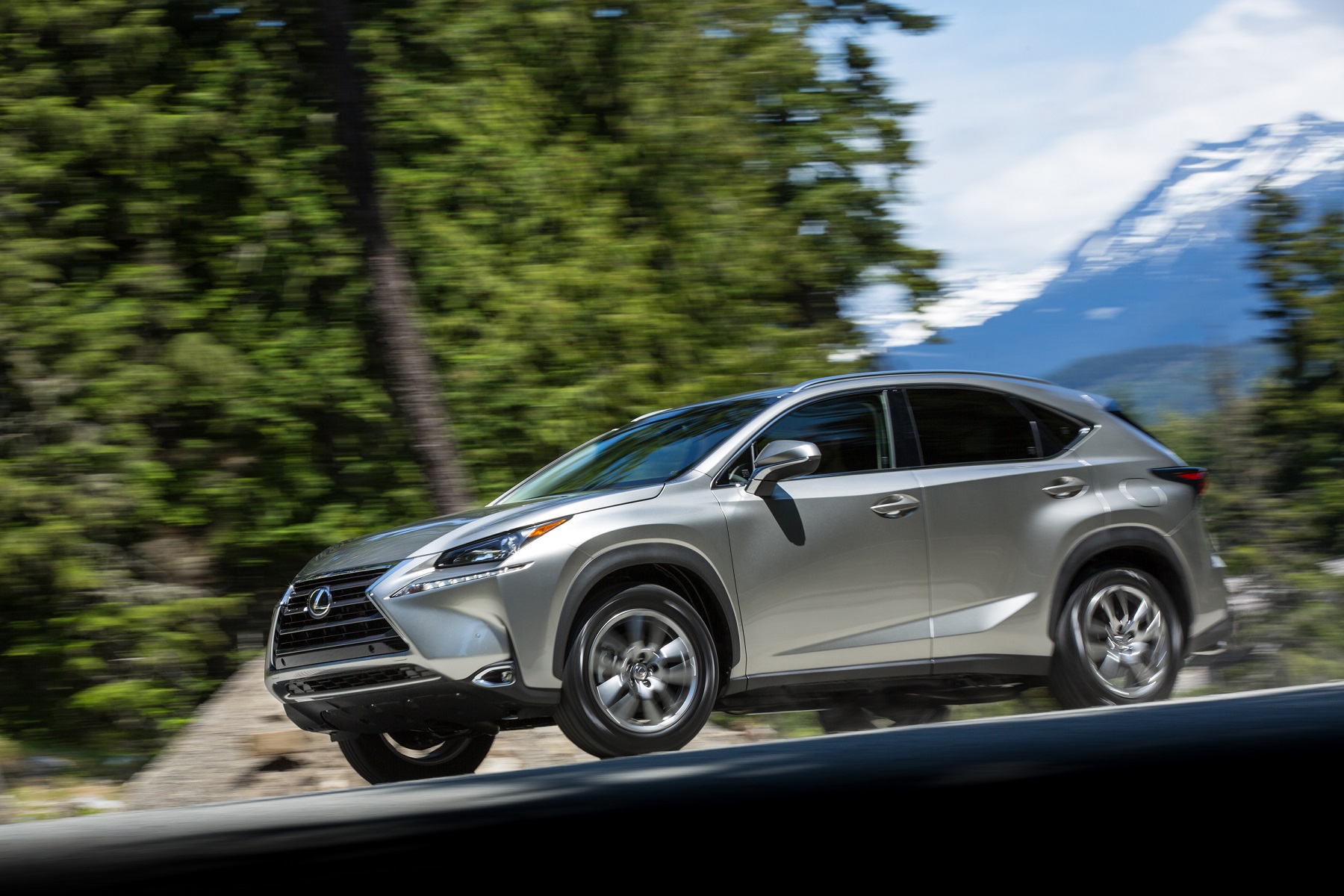 Manufacturer photo: The 2015 Lexus NX is the boldest interpretation yet of the signature Lexus spindle grille

Also debuting is a special, performance-oriented NX F-Sport based on the NX 200t. All three Lexus NX models are loosely based on the same platform as Toyota's RAV4 -- loosely being the key word -- as 90 percent of NX parts are different, and even similar parts have undergone retooling with tighter tolerances that result in a feel that's considerably more luxurious than the mass-produced RAV4.

These NX models are larger, heavier, quicker, with greater fuel economy than that first mid-sized RX. The compact NX also claims to be more structurally sound, thanks to an increased use of high-tensile steel, screw welding, and adhesives in production.

Power for the Lexus NX 200t and Lexus NX 200t F-Sport represents the first use of Toyota's new 2.0-liter, DOHC, 16-valve inline four-cylinder engine with electronic fuel injection. This twin-scroll-turbocharged and intercooled engine delivers 235 horsepower in a range from 4,800 to 5,600 rpm, while also developing 258 lb.-ft. of torque from 1,650 to 4,000 rpm.

The engine mates to an electronically controlled six-speed multi-mode automatic transmission with intelligence and steering-wheel-mounted paddle shifters for the F-Sport version. Motive force is transmitted to either the front wheels (FWD) or full-time all-weather AWD, which utilizes active torque control with an electromagnetic coupling (instead of a conventional torque converter) for the rear differential, which allows the system to move from 100 percent up front to a 50/50 split between the front and rear wheels. 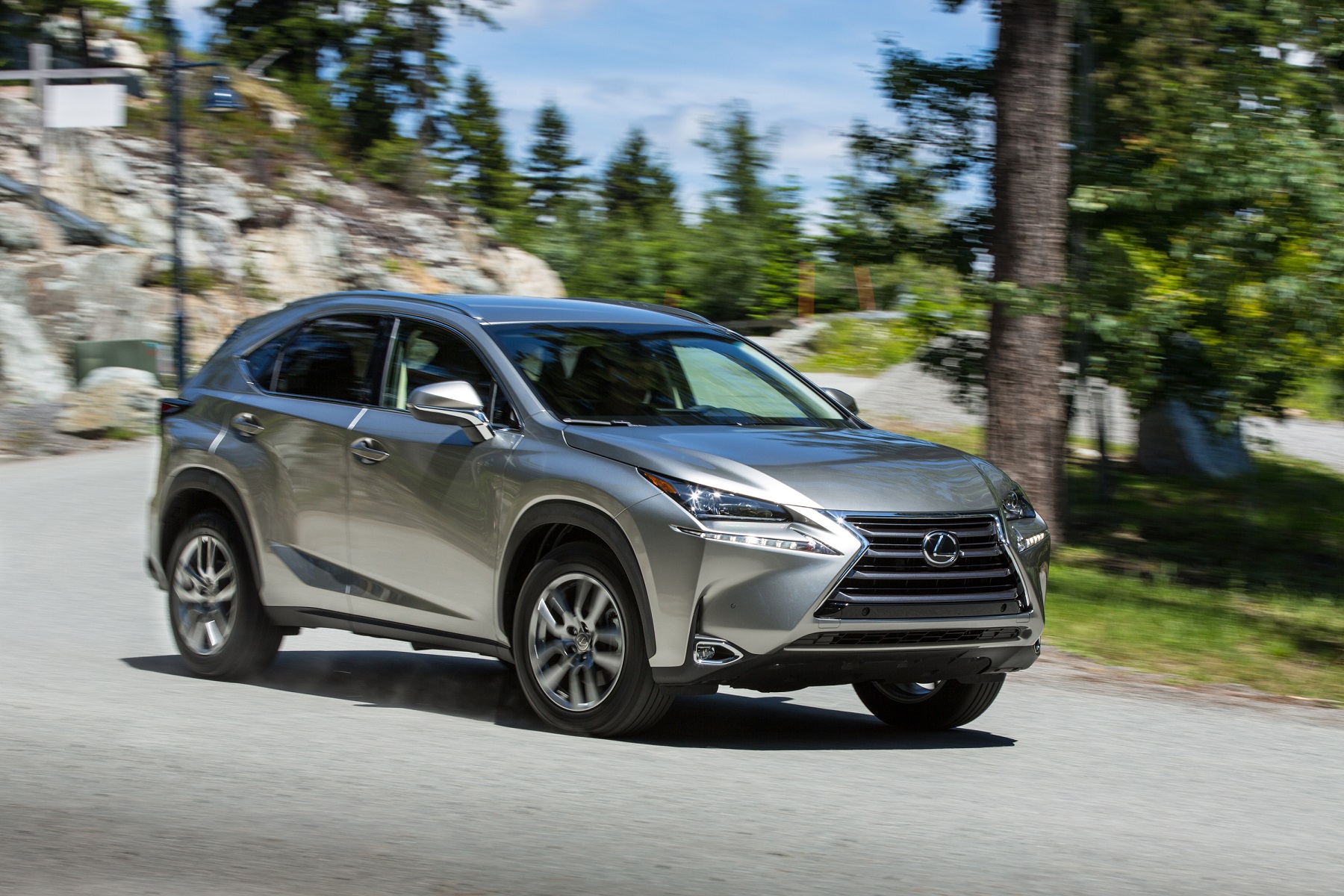 The Lexus NX displays a highly emotional overall design with sharp lines and angles in a condensed mass that features solid surfaces, as well as pronounced front and rear fender flares that are incorporated or fused into the dramatic diamond-shaped body style. The dramatic appearance leads off with Lexus' signature "spindle" grille, which is flanked by sharp, thin geometric headlamps and arrowhead-shaped LED running/directional lights.

The Lexus NX 200t F-Sport presents a more athletic and aggressive look, thanks to the addition of an aero body kit, F-Sport badging, exclusive F-Sport seats, and exclusive black-capped mirrors. It also comes equipped with stiffer spring rates, shock tower braces, and performance shocks. A boost gauge feature and a button-activated sound enhancement (when operating in Sport mode) serves up a delightful exhaust note. Unfortunately, it's all talk and no action, as there is no increase in power output from the regular NX 200t.

During the press preview held in Nashville I was able to experience time behind the wheel of two preproduction front-wheel-drive 2015 NX models.

The Lexus NX lineup represents a stellar entry into the compact luxury crossover league, and intends to fall between BMW's X3 and the Lexus RX 300 in dimensions, power, and likely price. The Lincoln MKC is another potential competitor, possessing similar parameters. 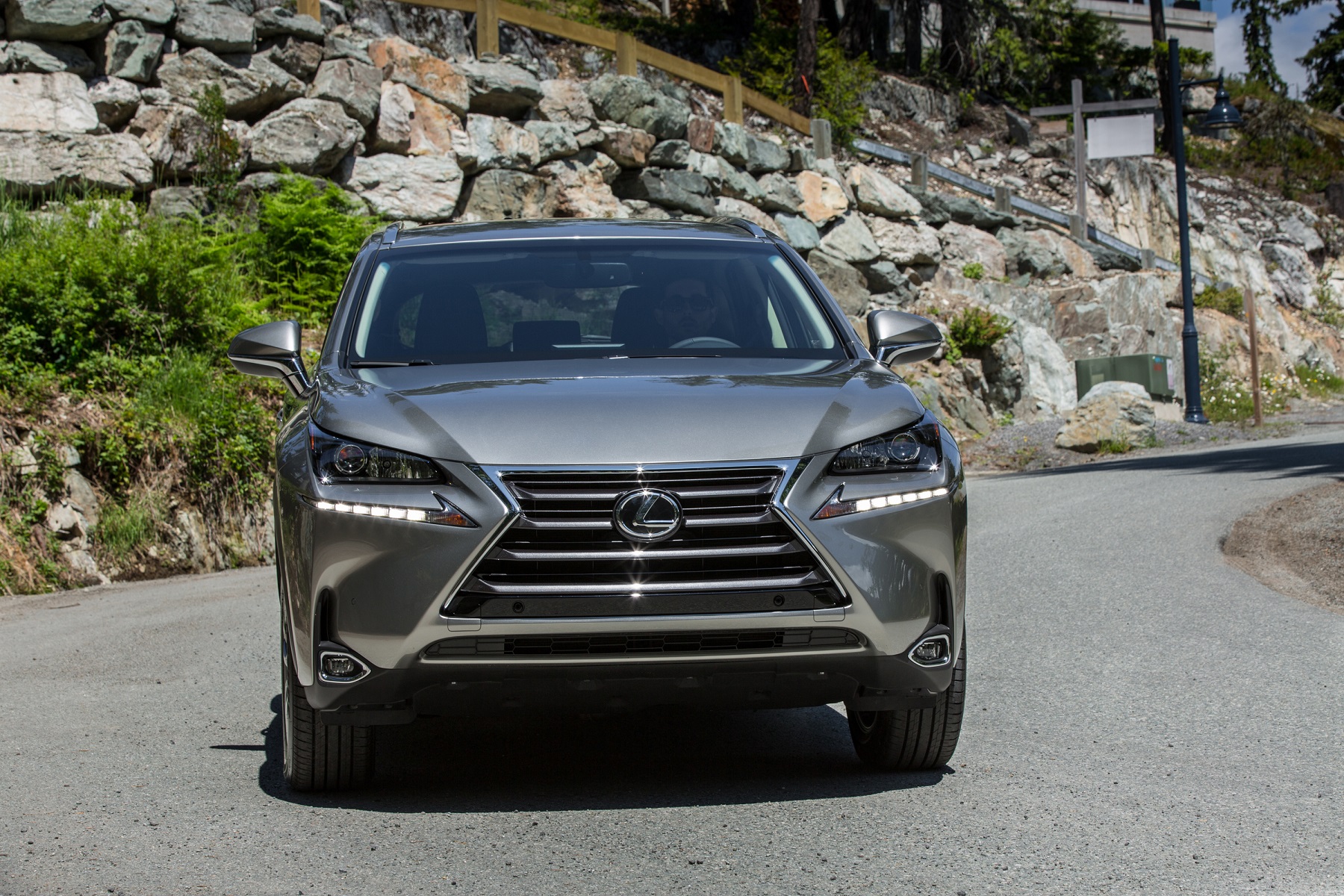 The steering wheel was inspired by the Lexus LFA in its shape and feel, and fits the car's demeanor in terms of handling attributes and characteristics, which are spot on, delivering a planted and stable and comfortable ride quality.

The overall performance of the Lexus NX 200t and 200t F-Sport is a cut above that of many competitors, but the interior ambience and luxuriousness is its strong suit. Fit and finish are well above entry-level standards, reflecting an old-world craftsmanship quality.

The 2015 Lexus NX cast of characters are designed to play a leading role with the focus on attracting a more youthful buyer, and the Lexus team seems to have nailed it. It is extremely good-looking, performs well, and represents a good value. Pricing is estimated to start at $36,000.