The Toyota Sienna minivan continues to evolve, driving more like a sedan and conforming to the latest thinking in personal comfort, all while handling large loads and easily accommodating cargo with great versatility. 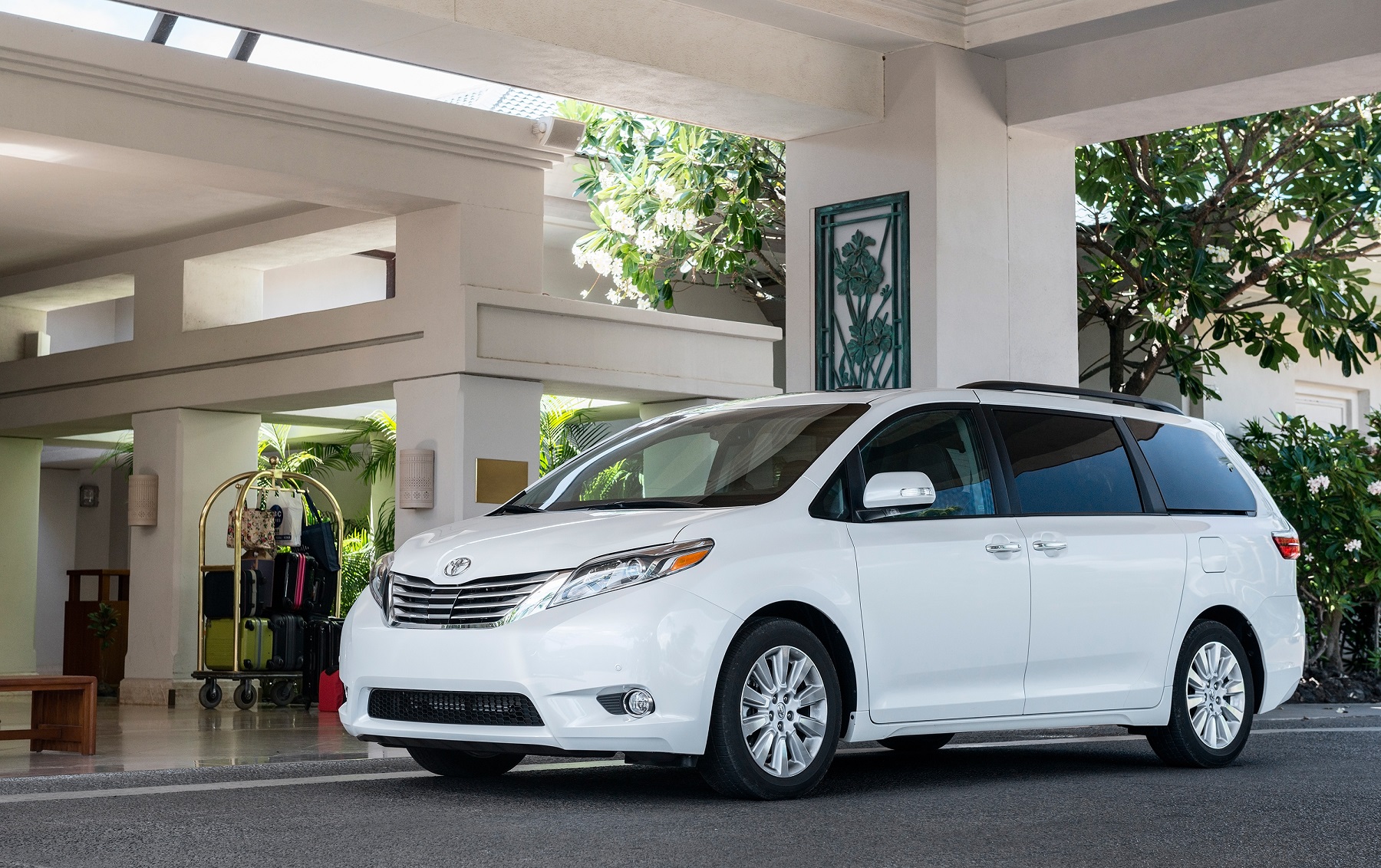 The standard configuration is front-wheel drive with Toyota's Active Torque Control. An all-wheel-drive-on-demand version is available -- the only one in the segment -- in LE, XLE and Limited trim levels. The Toyota Sienna van accommodates either seven or eight passengers (depending upon the seating setup selected), featuring long-slide second-row seating. Pricing ranges from $28,600 for the entry-level FWD L to $46,150 for an AWD Limited Premium model. The volume leader is expected to be the SE trim level, which is base priced at $34,900 and at $39,680 for the Premium version. Destination fee is $885.

Powering this latest Sienna, which Toyota refers to as its "Swagger Van," is a 3.5-liter DOHC, 24-valve V-6 that delivers 266 horsepower at 6,200 rpm while also generating 245 lb.-ft. of torque at 4,700 rpm. (The four-cylinder engine is no longer available.) The V-6 mates to a six-speed electronically controlled automatic transmission with intelligence (ECT-i), a lockup torque converter, and uphill/downhill shift logic. Towing capacity is 3,500 pounds.

In terms of its visual appearance, the Sienna displays an intriguing and sporty profile with a high and wide shoulder that conceals the side door slider within the window graphic. Fender flares are bold and distinctive, giving emphasis to the wheels. Up front, the face showcases a bold look, with headlamps angled higher than the updated grille. The rear displays sculptural corners that surround the newly designed, jewel-like LED taillights. 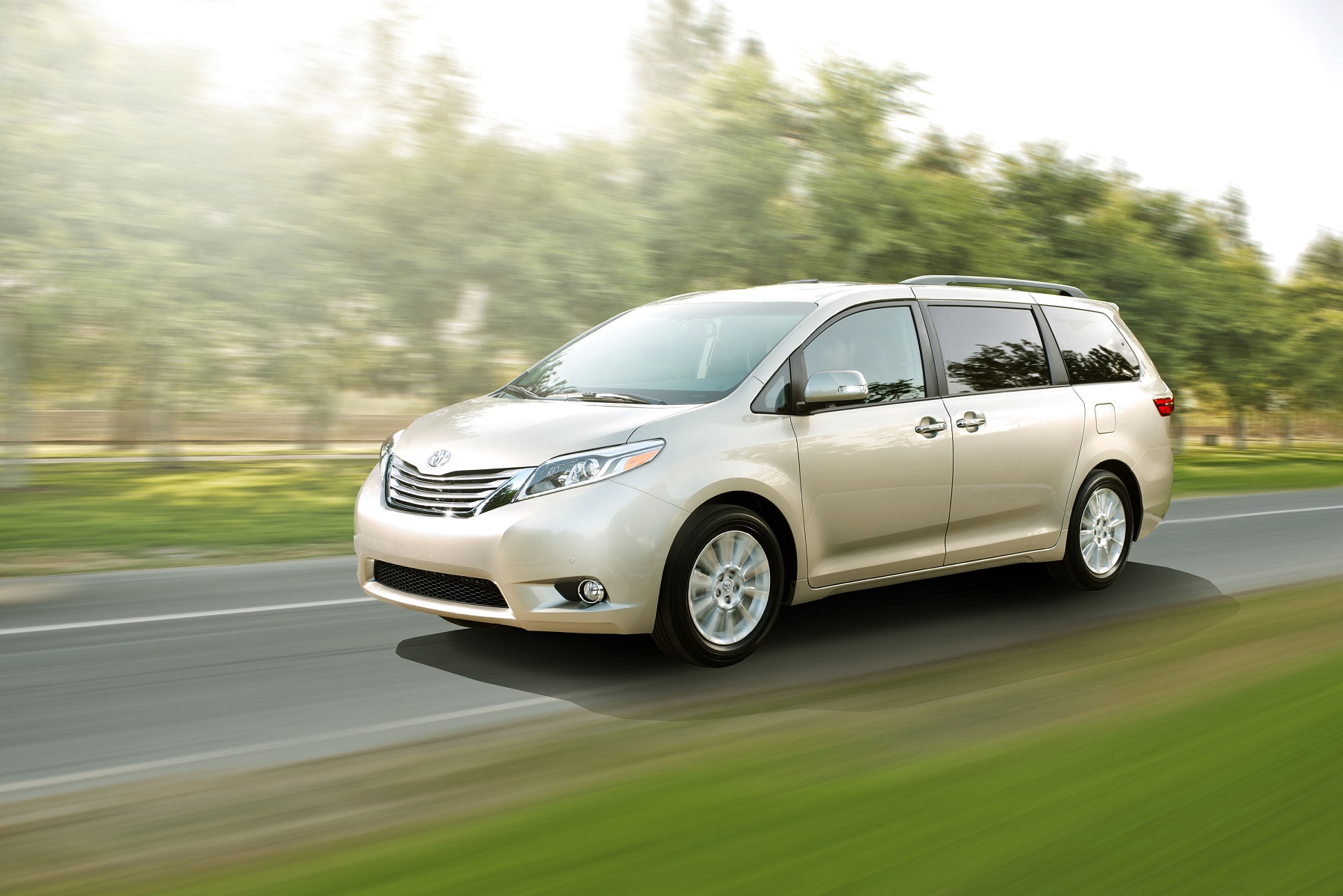 Moving to the interior, logic and function remain the key elements, while the instrument panel design showcases a distinctive swept shape that is not only attractive, but creates the impression of increased room for both the driver and front passenger. Seat designs are sleek and comfortable.

The 2015 Toyota Sienna SE delivers a sportier and bolder presence overall, that is also classier and more aerodynamic. My test Toyota Sienna was a pre-production prototype SE Premium FWD model with the 3.5-liter V-6. The base sticker read $34,900 while the final total came to $40,585 with optional packages.

The 2015 Toyota Sienna SE really drives, handles, and rides more like a sport sedan than a minivan, thanks to retuned springs and shocks. Even the appearance of the SE grade is a cut above its siblings, with a ground effects kit and lower stance. Added sportiness comes from features such as smoked headlamp lenses, exclusive mesh grille insert, integrated fog lamps set at a wide angle, and 19-inch six-spoke alloy wheels.

The performance attributes more than matched by the aggressive "Swagger Van" look of the Sienna thanks to the Sport-tuned Electric Power Steering system and revised suspension tuning. Acceleration is brisk for a six-cylinder minivan and the handling genuinely feels like that of a luxury sport sedan. It stays flat through aggressive twists and turns, showing no hint of body roll.

Seating is comfortable and supportive, the center stack-mounted, gated shifter is conveniently located, and the white-faced analog gauges are well positioned and easy to read, in addition to adding to the sportier flair.

Those formerly embarrassed by the thought of piloting minivans no longer have a reason to feel inferior -- they can now enjoy the drive with gusto and a sense of pride in the Sienna SE.

When it was first introduced, Toyota marketing insiders felt that the SE model Sienna would account for roughly only five percent of sales, but the take rate has grown substantially and will continue to do so, since it not only handles better, but looks better as well. Tall people 6'3" or more will want to pay close attention to the liftgate when accessing the rear cargo area, due to its lower overall stance. Those in lesser height ranges won't be affected.

Sports-oriented women seem to prefer the sleeker, more aggressive image projected by the SE treatment. In any event, the versatility and functionality provided throughout the entire 2015 Sienna lineup makes for a winning minivan -- one that is sure to infiltrate the ranks of Chrysler, Honda, Mazda, and Nissan. Paddle shifters and a hill-holding feature would make it even that much better.