BMW has raised the bar in the premium subcompact segment for dynamic driving and emotional appeal with its 2 Series Coupe. 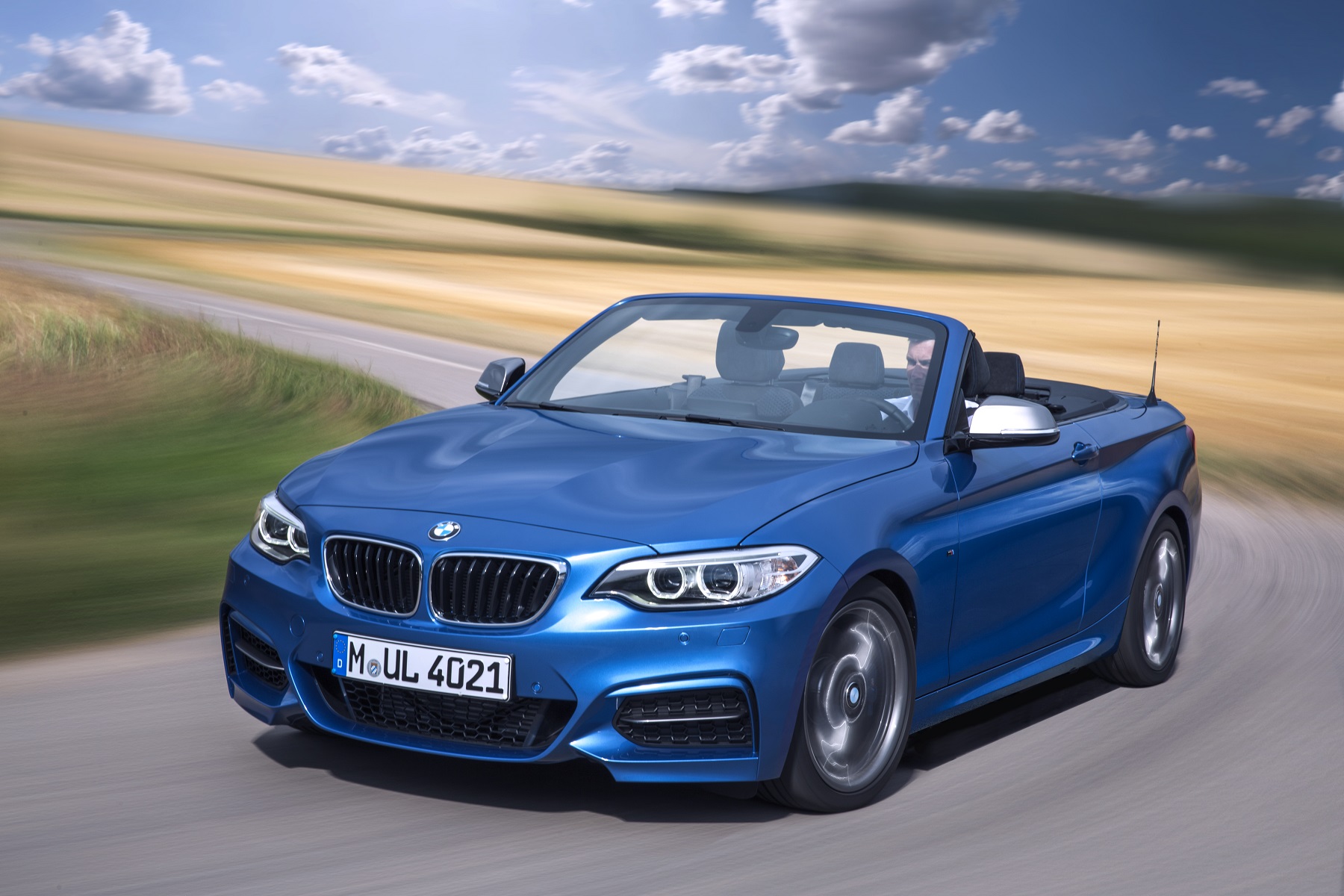 The two-door coupe is built in a classic three-box design, with seating for four occupants, rear-wheel drive, a pair of engine offerings, and a chassis set up with the focus squarely on sporting ability. However, no convertible model was offered last year. Thankfully, that void has been filled.

The new 2015 BMW 2 Series convertible lineup features the same basic dimensions as the coupe models, along with xDrive, and a new Track Handling Package.

Powering the BMW 228i convertible is a 2.0-liter, 16-valve BMW TwinPower Turbo inline four-cylinder engine with high-precision direct injection that makes 240 horsepower along with 255 lb.-ft. of torque from 1,450 to 4,800 rpm.

The M235i convertible draws its motive force from a 3.0-liter, M Performance TwinPower Turbo inline six-cylinder with Twin-Scroll turbocharging and high-precision injection. Its horsepower output is 320, developing 330 lb.-ft. of torque at 1,300 to 4,500 rpm. 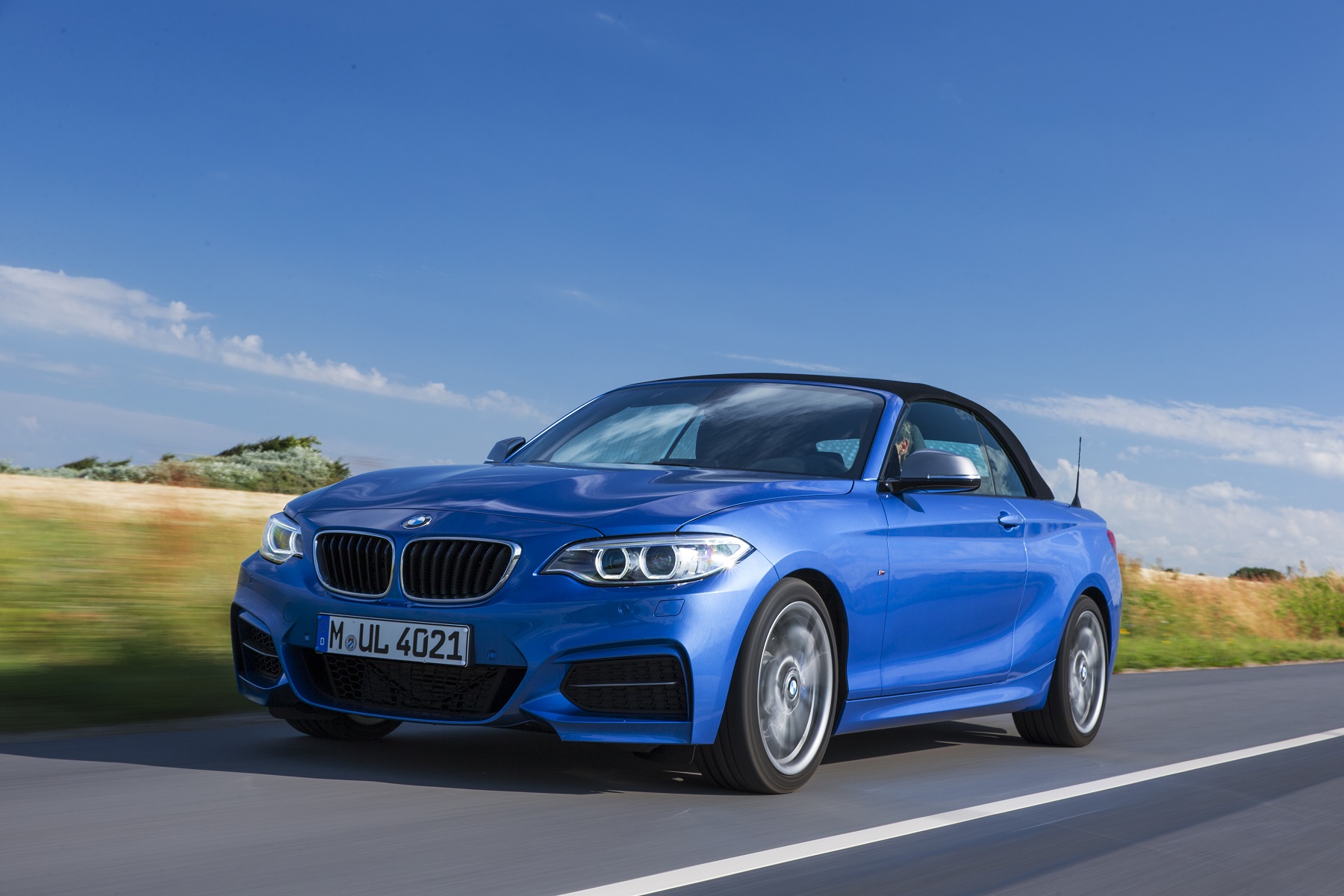 Transmission choices include an eight-speed Sport Steptronic Automatic with steering-wheel-mounted paddle shifters for the 228i and 228i xDrive models or a six-speed manual gearbox for the M235i.

The BMW 2 Series convertible displays a sporting presence, and athletic agility combined with an evocative and emotional exterior design. The defining elements of its interior, meanwhile, include a driver-focused cockpit design with a contemporary brand of functionality. The cloth power top lowers or raises in a mere 20 seconds at speeds up to 30 mph.

Lines that taper down toward the BMW kidney grille lend the front end a forward-surging presence. The grille's three-dimensional surround design and its vertical bars reinforce the car's bold look. The lower air intake is split into three sections; the two outer elements are particularly large. Air curtains are integrated into an additional section at the outer edges of the front apron, channeling the air behind the front fenders, hanging over the wheels like a curtain.

Inside, the convertible is fitted with the BMW iDrive operating system, featuring a freestanding onboard monitor in flat screen design. Its control display comes in 6.5- or 8.8-inch form with Navigation, while the controller on the center console has a touch-sensitive surface that allows the driver to use a finger to input characters (if equipped with the Navigation system). 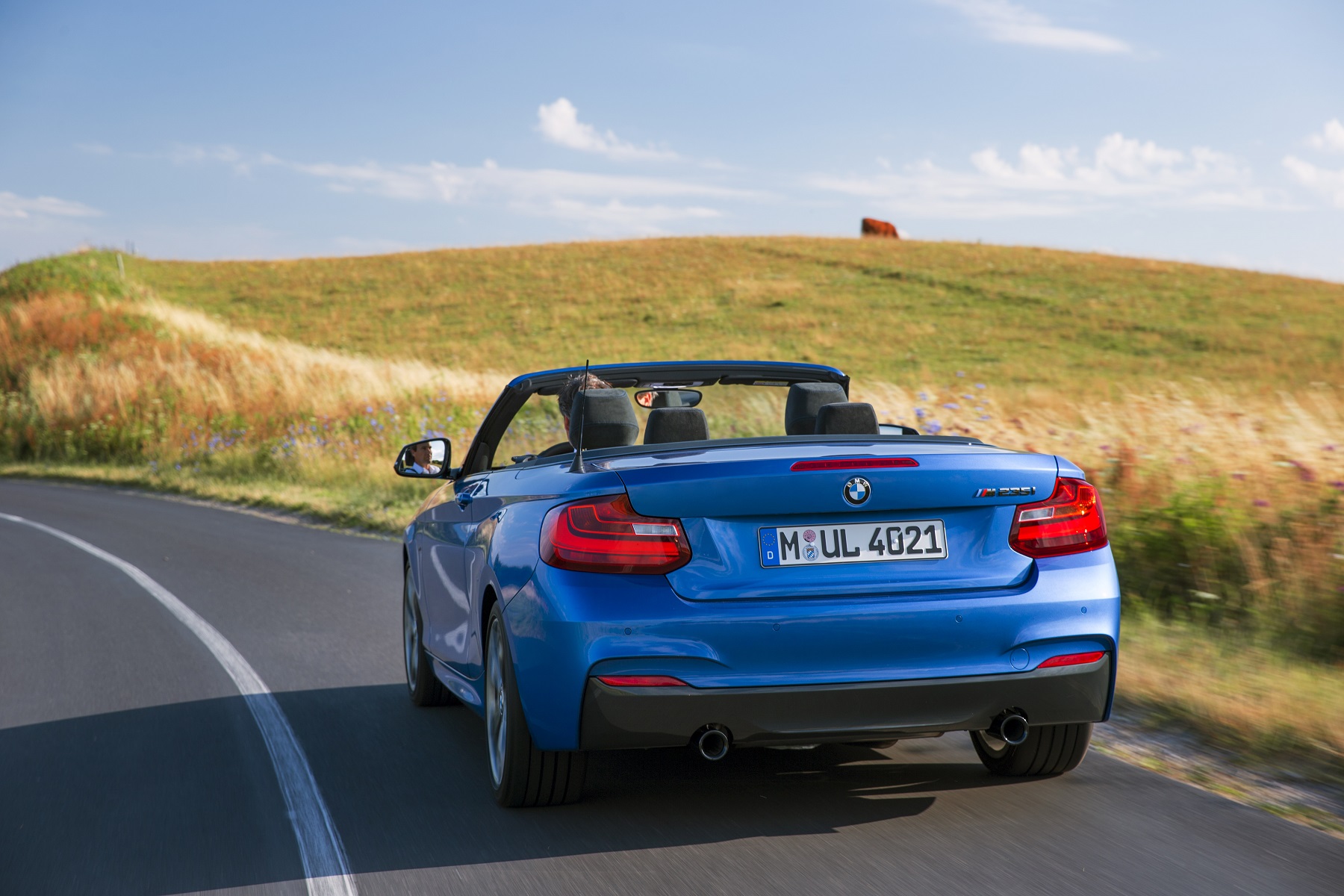 I drove the 228i convertible in normal, everyday driving scenarios, as well as on the challenging Circuit of the Americas track in Austin, Texas, with its 21 turns and pronounced elevation changes.

The 228i convertible with xDrive is a force to be reckoned with, thanks to a potent four-cylinder engine in a subcompact, all-wheel-drive vehicle that is indeed indicative of BMW's "Ultimate Driving Machine" slogan.

The 228i is truly a driver's car that may be piloted in either a normal, docile around-town cruising mode, or in all out "pedal to the metal" fashion. The eight-speed Sport automatic transmission operates in a Normal comfort mode, a Sport mode, or in an invigorating Sport Plus mode. The Sport and Sport Plus modes deliver stellar performance and response levels, as well as pleasing engine and exhaust notes from the dual exhaust.

Traction and stability aiding systems may be switched off for highly spirited driving maneuvers by highly skilled drivers, for a thrilling drifting experience on track. Acceleration is exhilarating, handling characteristics are ideal, and the ride quality may be adjusted to suit boulevard cruising or hot lapping. The high-speed track offered a rare chance to drive on a highly technical course where we were limited to following a lead instructor vehicle at speeds in excess of 125 mph.

In the final analysis, the BMW 228i convertible displays a highly emotionally stirring, bold and muscular image (better looking than the 3 Series in my opinion, except for maybe the M version), with power and performance to please along with a reasonable operational efficiency capability and more attainable price range. 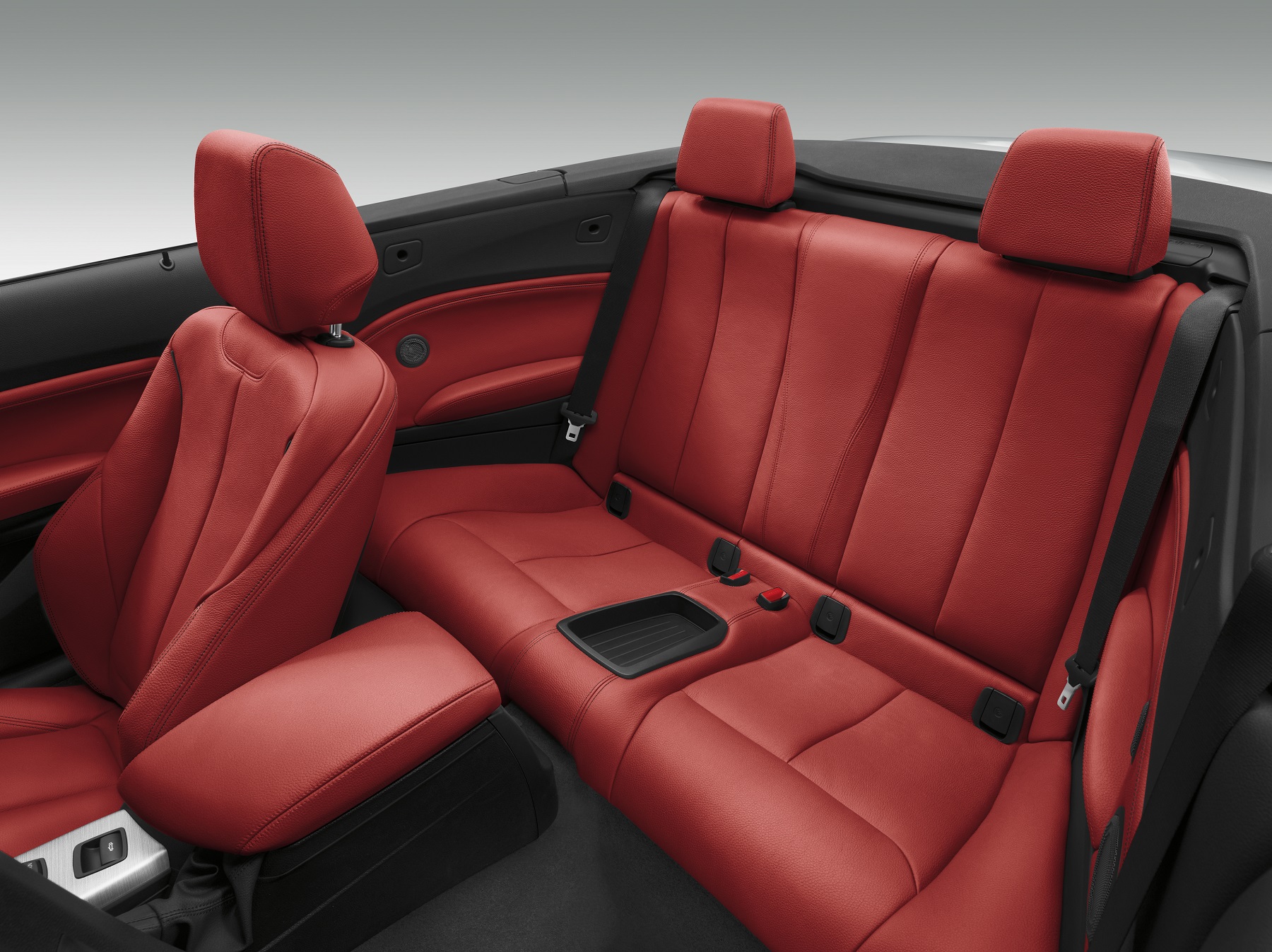 It is definitely a top player on the subcompact performance convertible marketplace. After all, it's a BMW, the "Ultimate Driving Machine," and it's a convertible, which is an added plus. Its M235i stablemate is obviously the hotter ticket, though it was not available for testing.