The Volvo XC90, first launched in 2002, has undergone an evolutionary development process -- up until now. Enter the 2016 Volvo XC90. 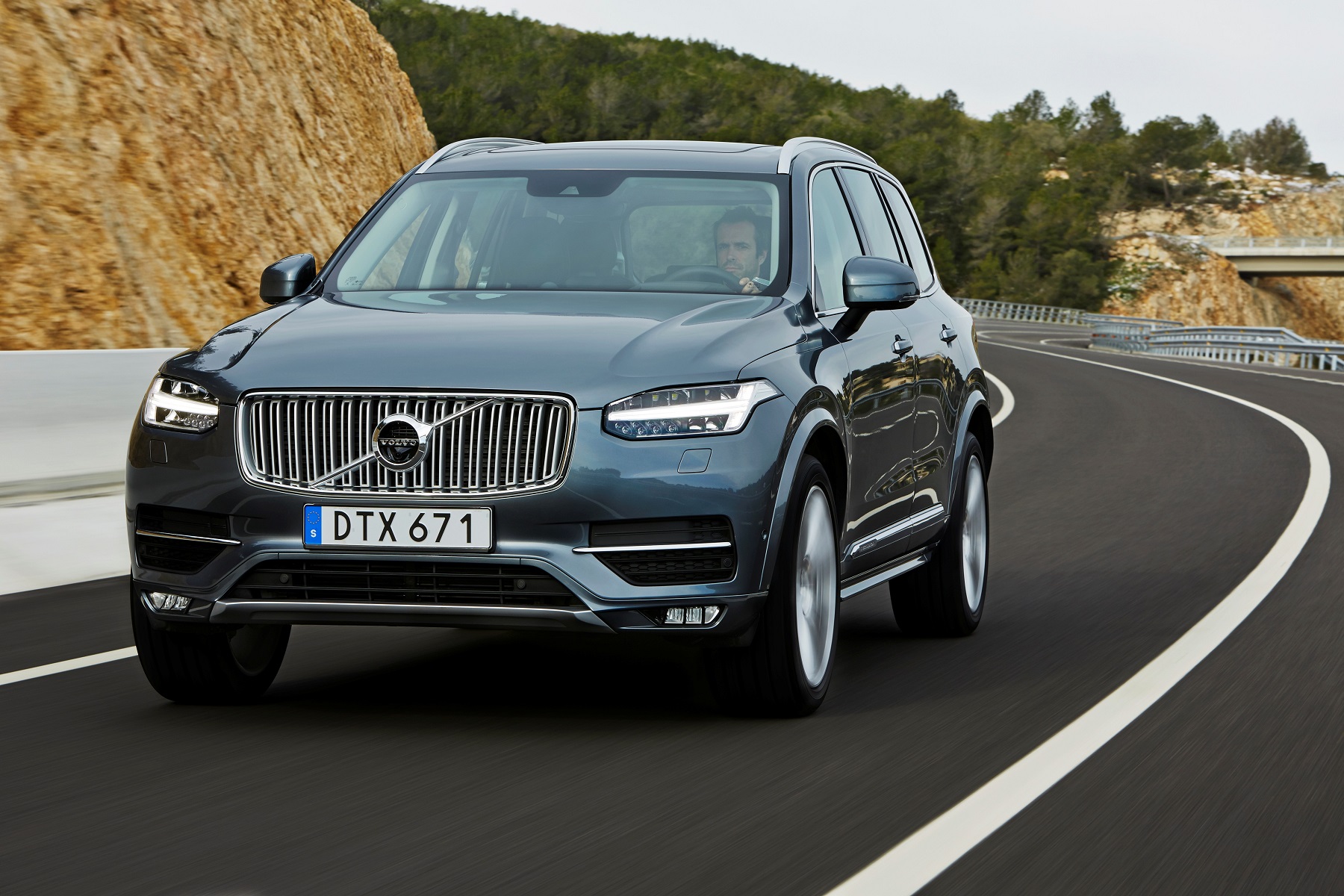 On sale this fall, the 2016 XC90 T6 AWD is powered by a 2.0-liter, 16-valve supercharged and turbocharged four-cylinder engine with an integrated ignition control system that makes 316 horsepower at 5,700 rpm while developing 295 lb.-ft. of torque in a range from 2,200 to 4,500 rpm. The engine mates to an eight-speed Geartronic automatic transmission that meters power to all four wheels. The turbocharging is constant, with supercharging automatically activated as needed.

The XC90 Momentum trim is expected to be the volume sales leader, starting at $48,900. External dimensions along with the mechanicals are shared by all trim levels. Inscription models begin at $54,500. The T6 AWD R-Design starts at $52,900.

The new exterior design face marks the beginning of a new chapter in the company's history, reflecting the direction of future design, infused with a range of new technological advancements and incorporating the new Scalable Product Architecture (SPA) technology. The new Volvo XC90 is the first vehicle to feature the company's more prominent "iron mark", with an arrow aligned with the diagonal slash that appears across the new grille treatment. This, coupled with the T-shaped "Thor's Hammer" LED daytime running lights, signals the direction of future generation Volvos.

The XC90 also displays a larger, elegantly sculpted hood along with a prominent beltline and pronounced shoulders that connect to a new rear light design and a wider rear stance. Bold new wheel designs range from 19 to 22 inches. 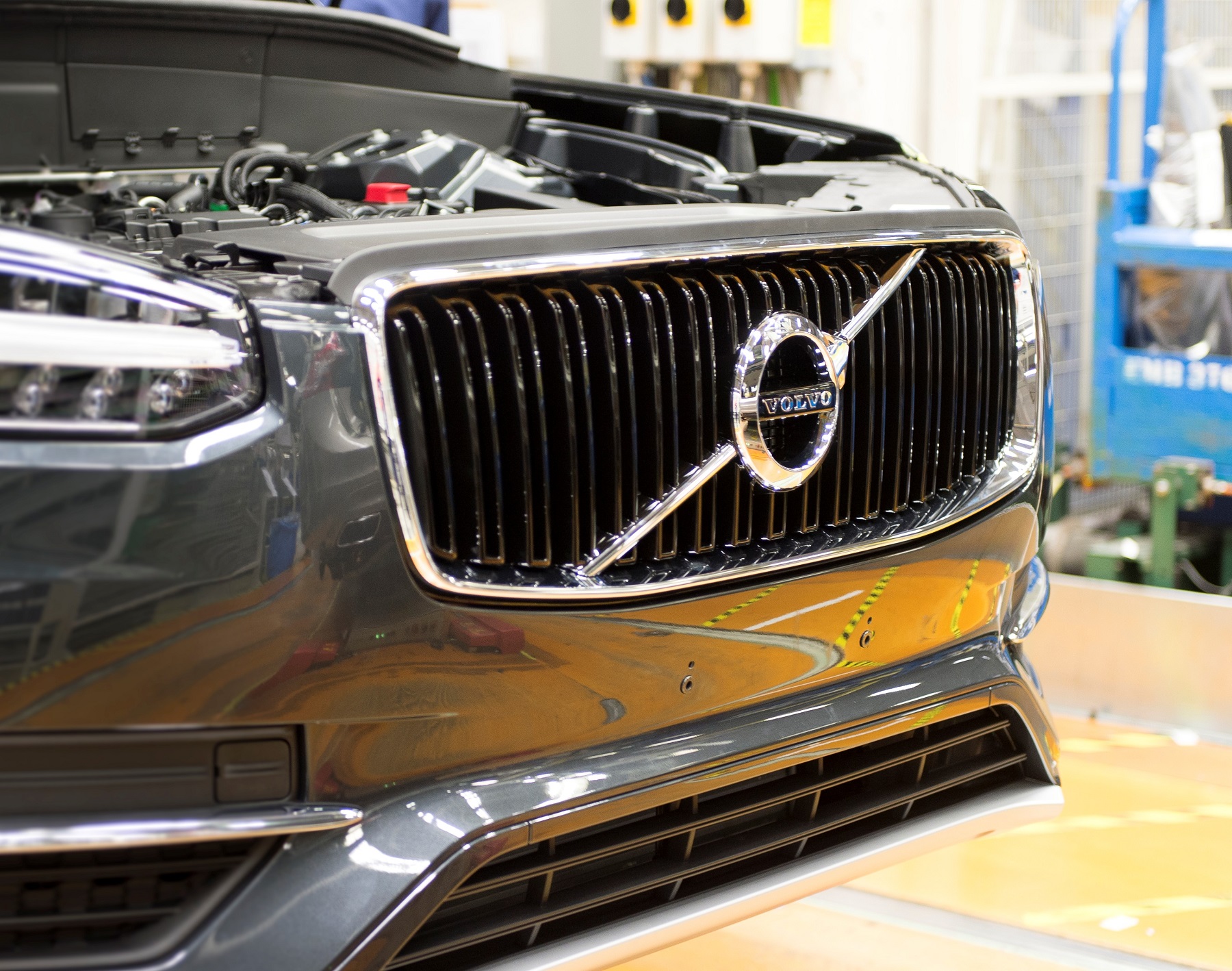 The interior is the most lavish to date for any Volvo, featuring a tablet-like touchscreen control console that serves as the nerve center of the in-car control system called SENSUS, which is virtually button-free, enhancing the cabin's ambiance. The digital craftsmanship and layout may best be described as a stack of flexible "tiles," each displaying a key functionality. When a tile on the touchscreen expands on interaction, the others are compressed but remain visible and instantly accessible. Handcrafted details and rich materials abound, including Nappa leather and wood trim elements. Controls have been modified with a diamond-cut pattern for a more organic and tactile feel.

The 2016 XC90 enhances Volvo's reputation for superior seating comfort by offering innovatively designed seats that also happen to free up interior space for passengers both in the second and third seat rows, helping to make the new XC90 a genuine seven-seater. The full seat core consists of an ergonomic shape resembling the human spine. A host of adjustment possibilities makes it possible to create an ideal seating position.

Driving dynamics serve up the smooth, solid ride of a premium SUV, but with a blend of sharp handling and response. The chassis is completely new, fore and aft, with a double wishbone front suspension and a new integral link rear axle that features a new composite transverse leaf spring. The XC90 may also be equipped with an electronically controlled air suspension that provides a choice of five modes.

This all-new iteration XC90 T6 is the most visually appealing Volvo sport utility produced to date. It is also the most comfortable and the best handling. It drives more like a luxury sedan, but with sporty attributes. Flexible seating configurations provide a high level of versatility, and the laminated Panoramic Moonroof with power sunshade gives a spacious, open-air feeling.

The Eco, Comfort and Dynamic modes offer a wide variety of driving applications to appropriately fit specific scenarios, and the controls may be changed on-the-fly. In the final analysis, The 2016 Volvo XC90 T6 AWD SUV is a winner in any of its trim levels.