The highly popular and stunningly beautiful Audi TT is all-new for 2016. It comes in three versions: TT Coupe, TT Roadster, and the flagship TTS Coupe. 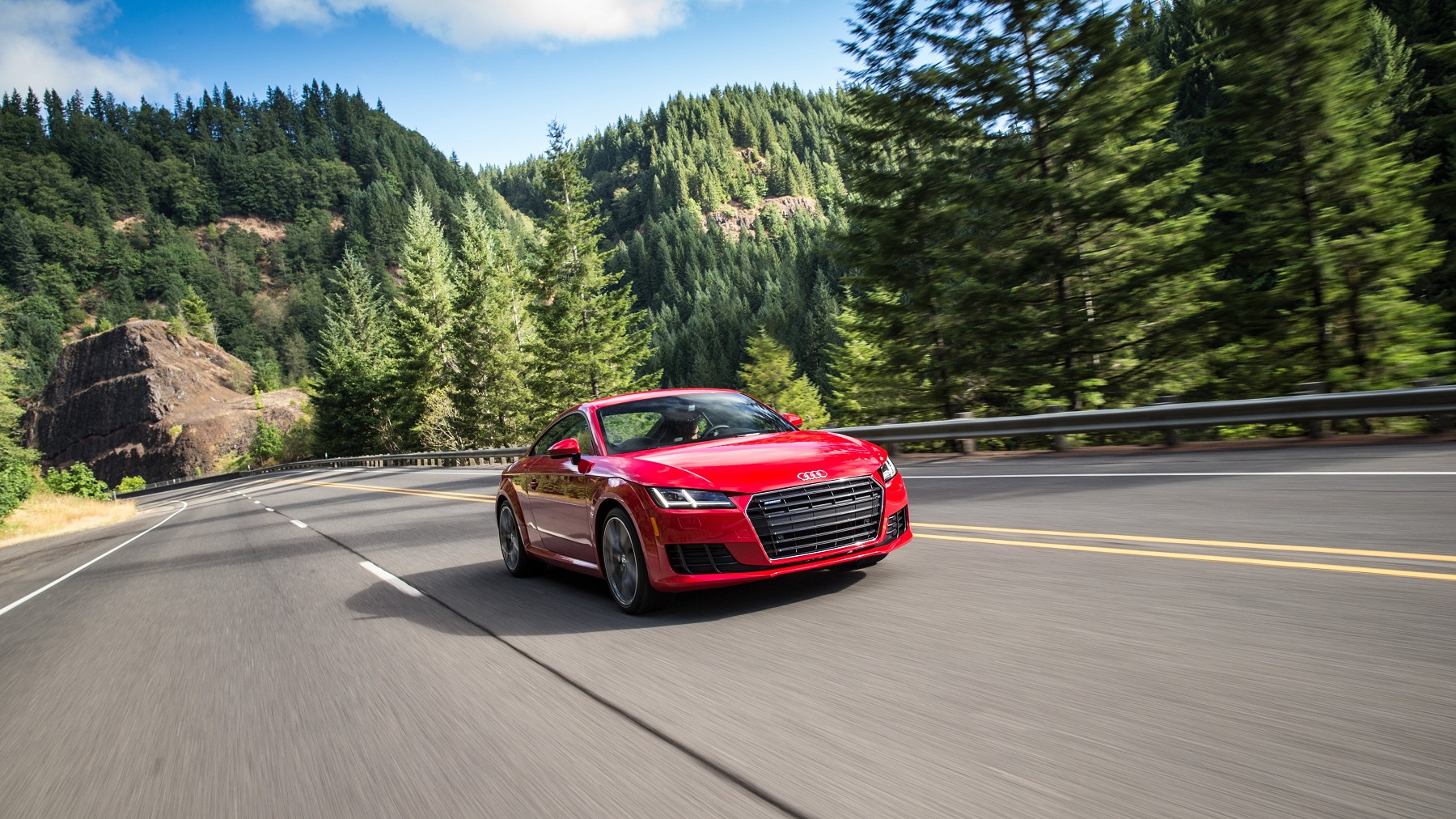 Manufacturer photo: The new design is characterized by the use of innovative technologies that are focused on the driver

The styling has been updated, without losing the appeal of the original TT models. The new design is characterized by the use of innovative technologies that are focused on the driver. Perhaps the most noteworthy and innovative feature is the all-new "virtual cockpit," which is an entirely digital instrument cluster that revolutionizes driver interaction with the vehicle.

Replacing traditional gauges and interfaces with a customizable instrument display, this unique, 12.3-inch TFT screen combines the functions of a central system with a traditional-looking panel of gauges featuring crisp, clear 3D graphics, including Google based navigation with turn-by-turn instructions. 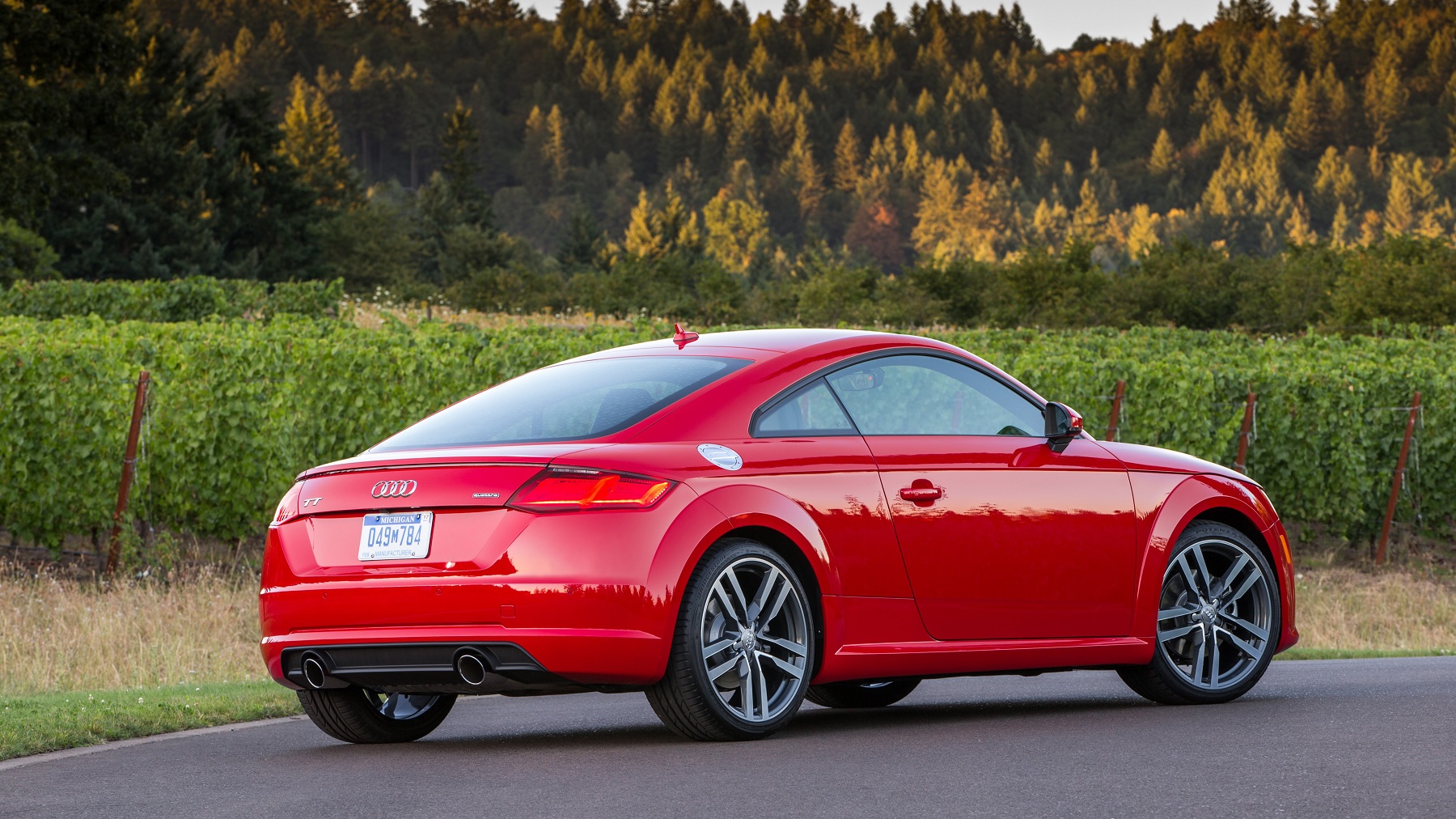 Power from the engine reaches the driving wheels through Audi's Quattro all-wheel-drive system, via a six-speed S tronic DCT automatic transmission with steering-wheel-mounted paddle shifters. A new Quattro all-wheel-drive system varies the delivery percentage of torque from front-to-rear by measuring the traction coefficient at all four wheels with 150 readings every 10 milliseconds.

The TT Coupe and Roadster are identical in nearly every detail, the only exceptions being the top configuration, curb weight, drag coefficient, and 0-60 times.

The digital climate controls eliminate the necessity for a conventional dash console, and integrate fan speed, air vent selection, and temperature directly into the center of three central vents, along with the respective heated seat controls into each side vent.

Visually, the Audi TT sports a wider and flatter Singleframe grille up front, along with sharp contours spanning the hood, where the iconic Audi rings are now placed. Full LED headlights are now featured as standard fare.

In the rear are centrally mounted twin round tailpipes and an electrically operated rear spoiler. In back are LED taillights with dynamic turn signals, and rear-parking sensors.

My preference for open cars is nearly overcome by the classy, aerodynamic design of the new third-generation Audi TT Coupe.

The Audi TT Coupe and Roadster are not simply sporty cars; they are true sports cars, capable of delivering stellar performance in virtually any driving scenario and may be comfortably driven in urban surroundings or securely in race conditions.

The car performs beautifully in the normal or comfort mode, but is most enjoyable when placed in dynamic sport mode with Quattro engaged. Steering is spot-on and instantly responsive, the ride quality is firm but not punishing, and best of all, the TT sticks like glue to the road when pushed vigorously, with nary a peep from the Bridgestone Potenza tires. The car's light weight (thanks to its all aluminum body construction) allows it to be tossed about with abandon.

The new virtual cockpit is a revelation that allows the driver to focus on the road, rather than searching around for important desired information. Switchgear is simplified and intuitive, enhancing the pure pleasure of driving. Its comfortable seats are highly supportive.

One would be hard pressed to find a more enjoyable sports car than the 2016 Audi TT in either Coupe or Roadster form that embodies sexy, appealing styling and confidence-building handling. The 2016 Audi TT is the best yet, but if a higher performance level is desired, the Audi TTS Coupe is sure to satisfy when it becomes available soon.